The UkraineWorld.org media project has no relation to the Ukraine World News TV channel

January 18, 2023
On 13 January, Russia’s Ambassador to the United Nations, Vasily Nebenzia, made a speech that turned into nothing more than a repetition of Russian propaganda narratives. 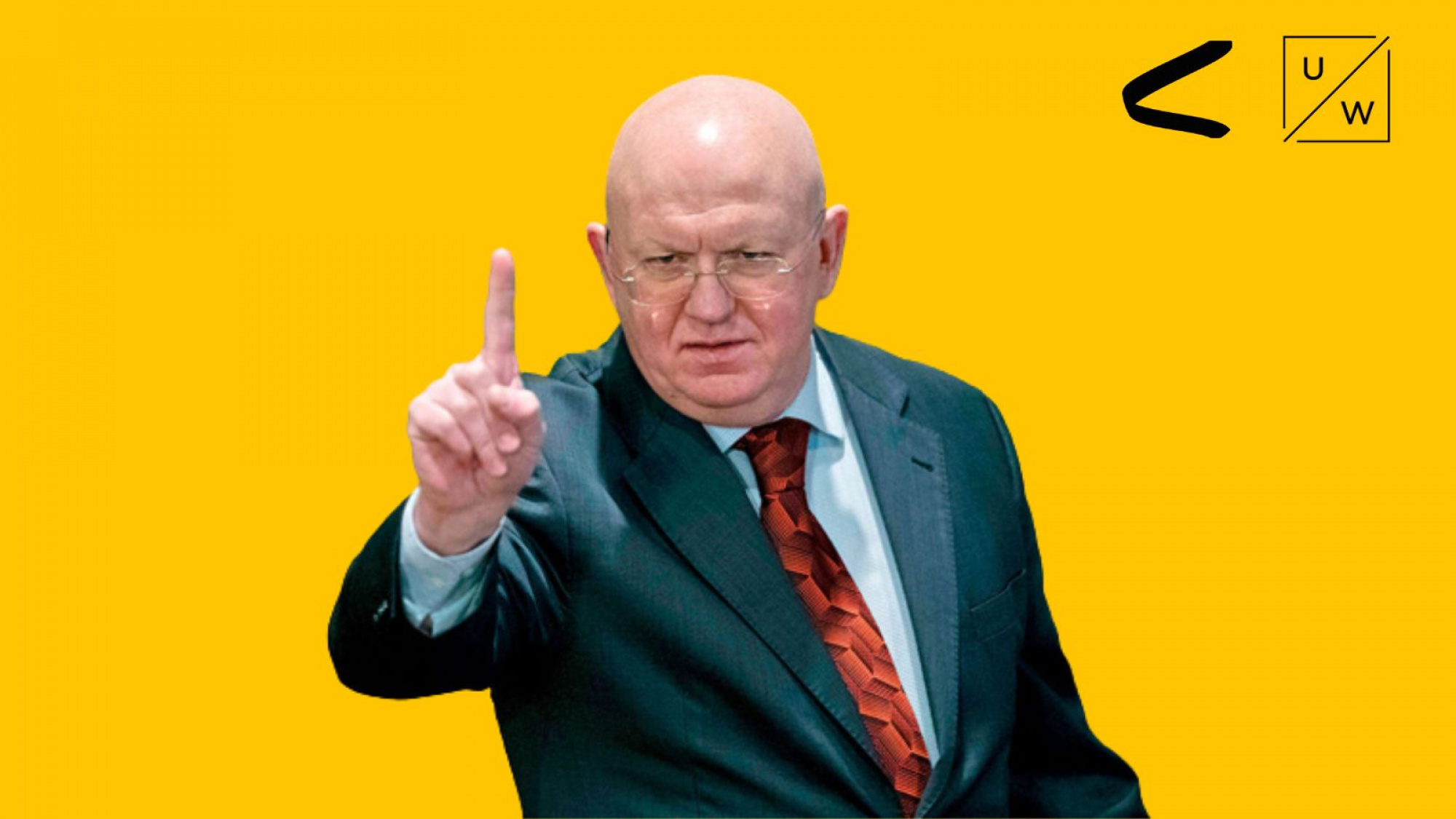 First of all, this speech can be seen as an example of how to completely abandon  the topic of the meeting --  Russian violations of international law --  and "throw barbs" at the West.

In addition to pushing narratives about the "guilt of the West in the war in Ukraine" and how "the West is aiming  to put Russia under pressure," we can also see manipulations of the principles of international law. Thus, Nebenzia`s words about "the Western concept of the world order based on rules that we can't agree to" sound comically, as far as he, actually, told that Russia is not going to deal with the principles of international law, justifying these actions by messages about "Western world order". 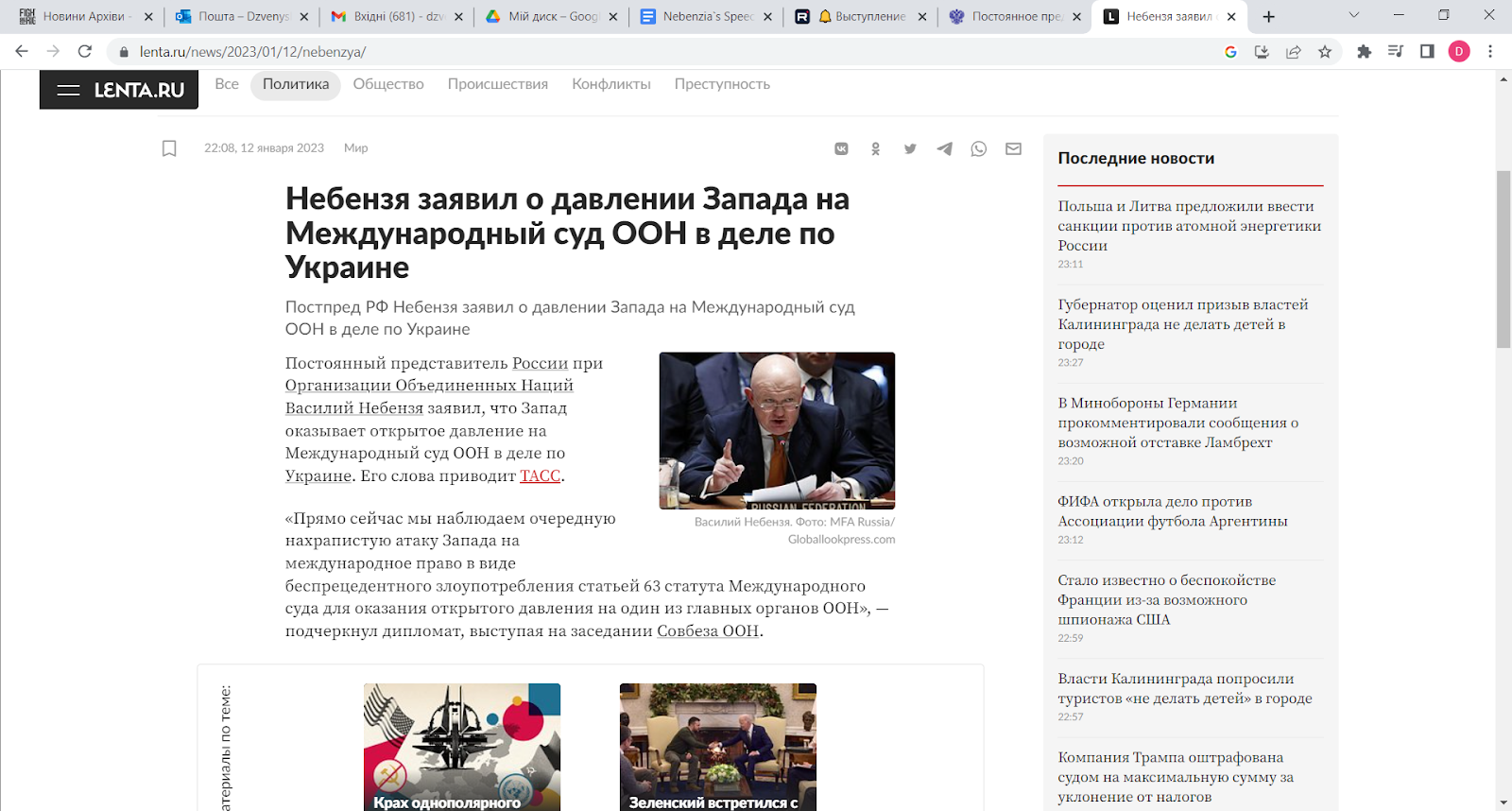 Another thing going on here is a Russian attempt to shift the focus from Ukraine and Russian war crimes to cases from other countries that "prove that the West also conducts war crimes." Moreover, Nebenzia was also sure to declare that the war in Ukraine and the Russian invasion "were provoked by the West," and to call the Revolution of Dignity in Ukraine "a Western intervention" -- all to portray Ukraine as dependent on the West and to deny Ukrainian society the agency with which it has reformed, protested for reforms, and defended itself against  Russian aggression.

Finally, he repeated that there is an ongoing promotion of the "concept of the world order based on rules that doesn't include national and cultural features of different countries." It seems that in this speech Nebenzia inadvertently admitted that violation of the international law, war crimes, and invasion in independent countries are "a cultural feature" of Russia.

Russia is using Orwellian rhetoric: war is peace, the victim is the aggressor, and the aggressor is the victim. Despite invading Ukraine and conducting a genocidal war, Russia is portraying itself as a victim of aggression.

“Refugees are Not Welcome” - How Russian Propaganda Lies about Ukrainian Refugees

Mykolaiv, a southern fortress. A podcast from our trip | Ep. 174

We went to Mykolaiv with PEN Ukraine to learn how the city is living today.
VIDEO
May 4, 2020