May 9, 2022
Here we have gathered stories under #UkraineWorldTestimonies project. 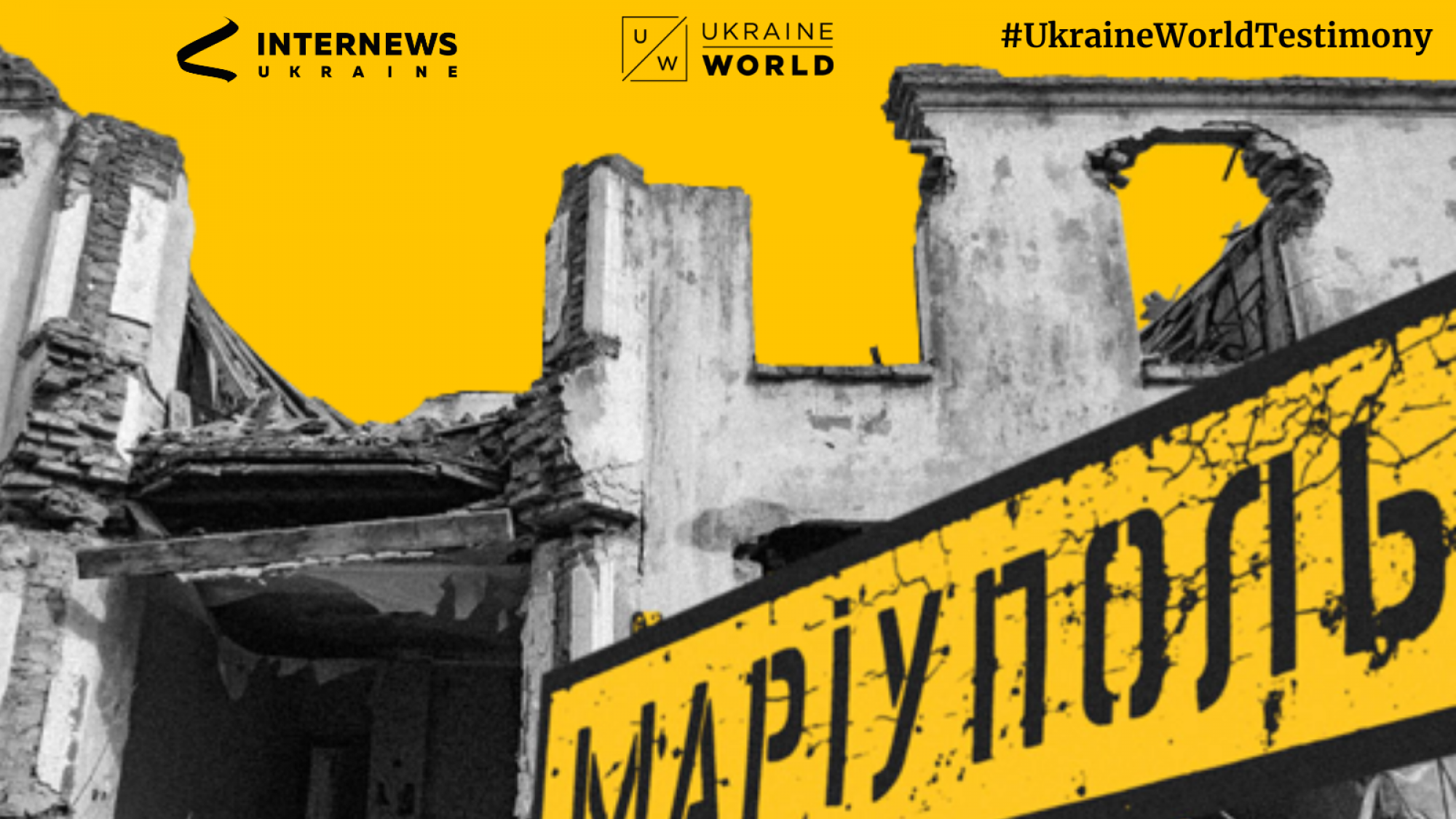 The first is a story of how one family survived in Mariupol and managed to leave the city.

This is the story of Iryna Gusak. Initially, the explosions were only heard from far away. Starting on March 3rd the nightmare began. The family spent all their time sitting in the basement of their house. Everything around them seemed to be shaking every 10-15 min and over time they learnt to recognise the direction in which the rockets were coming.

Nighttime shelling was very powerful — often they heard the roar of planes dropping powerful bombs on Mariupol. One time when the night was dark — only the neighbours’ house and Azovstal, which had been on fire for almost 3 days, lit up the city. Constant explosions, the crash of metal, the sound of broken glass, the whistling of mines, the hail of rockets, the crash of planes.

The night of March 6 was approaching. At this point, the family was tired of the shelling, not scared, just exhausted. Her husband had a fever, and the girls (her daughter invited two of her friends to stay with them) were suffering from deep coughs. After midnight Russians fired very powerful rockets. They understood that the Ukrainian troops had retreated, the enemy was very close. Everyone was tired. They decided to stay at home... despite the heavy shelling. They were lying on a mattress on the floor in the safest room. However, their house was damaged.

The family finally decided to leave when they heard about the green corridor on the radio. At that point the house was half destroyed. Only memories left and old photos.

As shelling continued they figured out that they had about 20 minutes in between the strikes to gather necessities and get on the road. Iryna wanted to see her mother for the last time before leaving the city. Her mother refused to leave insisting that the occupiers need to go to where they came from, as she was on her own land.

Our second story is about Marianna, a teacher from Mariupol, who managed to evacuate from the city.

Until 2.03, the fighting went on in the suburbs; there was still water, electricity, central heating, and internet. The situation in the city had worsened significantly since 2.03, when the key infrastructure was damaged by shelling.

It was near -6 ℃, and without central heating, they were really freezing all the time. Together with her neighbours, the group gathered and shared all their food supplies. They cooked once a day on the grill in the yard under permanent shelling. For water, her neighbour went to a well in the neighbouring district of the city. It was really risky and scary but they supported each other, and it helped them survive.

The situation was getting worse every day. The Russian aircraft were constantly roaring over the city. There were no humanitarian assistance, food or medicine supplies. Utilities didn’t work. On March 13 and 14, shelling did not stop. A friend came to them on foot to inform them that tomorrow it would be possible to leave. They collected some stuff, took their neighbours and left in the morning of March 15 (by car).

They joined the evacuation column, which was already going to leave the city. They drove 280 kilometres from Mariupol to Zaporizhzhia for around 15 hours. A few days ago she saw the video and picture of her shelled house. The Russian “liberators” freed her from her home and her job, they destroyed the city. The world has no right to turn a blind eye to Russia’s war crimes against civilians and the suffering of people.

The third story and the last one here is a story about Olha, a nurse from Mariupol.

Olha had not left the operating room for 8 days since February 24. On the first day of the full-scale Russian invasion, 23 soldiers were taken to the hospital at once.

On the morning of March 4, the hospital was bombed. They were told that those who were able must leave. She came home, and everyone was in the basement. She did not remember how she had gotten there, but she remembered her son crying.

They spent 18 days in the basement: 100 people, including 30 children. They started falling ill. A child was accidentally scalded with boiling water. Olha ran through a storm of bullets to reach the military. Members of Azov were standing nearby. They gave her medicine. She had to support everyone somehow…

Then the marines came. They helped a lot, gave children stew, cookies, and most importantly - water. Before that, they had been drinking water from batteries.

On March 14, the house was bombed, but the basement remained intact. Then Russians came, lined all of them up and forced the men to undress, Olha lost her temper, she was screaming...bastards!

When the Russists started cleaning the apartments, they put a helmet with a camera on a Ukrainian who lived in their house and let him into the apartment first.

He opened the door by himself, went into the apartment, and walked around the perimeter. They sat by the computer downstairs and watched. After he said that everything was clean, they went in and checked all the closets. The man was not wearing a bulletproof vest. In other words, if the apartment was mined, he would have exploded first, and only then would the Russians have entered the apartment.

After Russia’s illegal annexation of Crimea and occupation of part of Ukrainian Donbas, the country faced sanctions from the West, including from the US and from...
PODCAST
November 28, 2019