August 31, 2020
In the seventh year of war in Donbas, locals are still trying to cope with difficult living circumstances, either with the help of the community, or on their own. 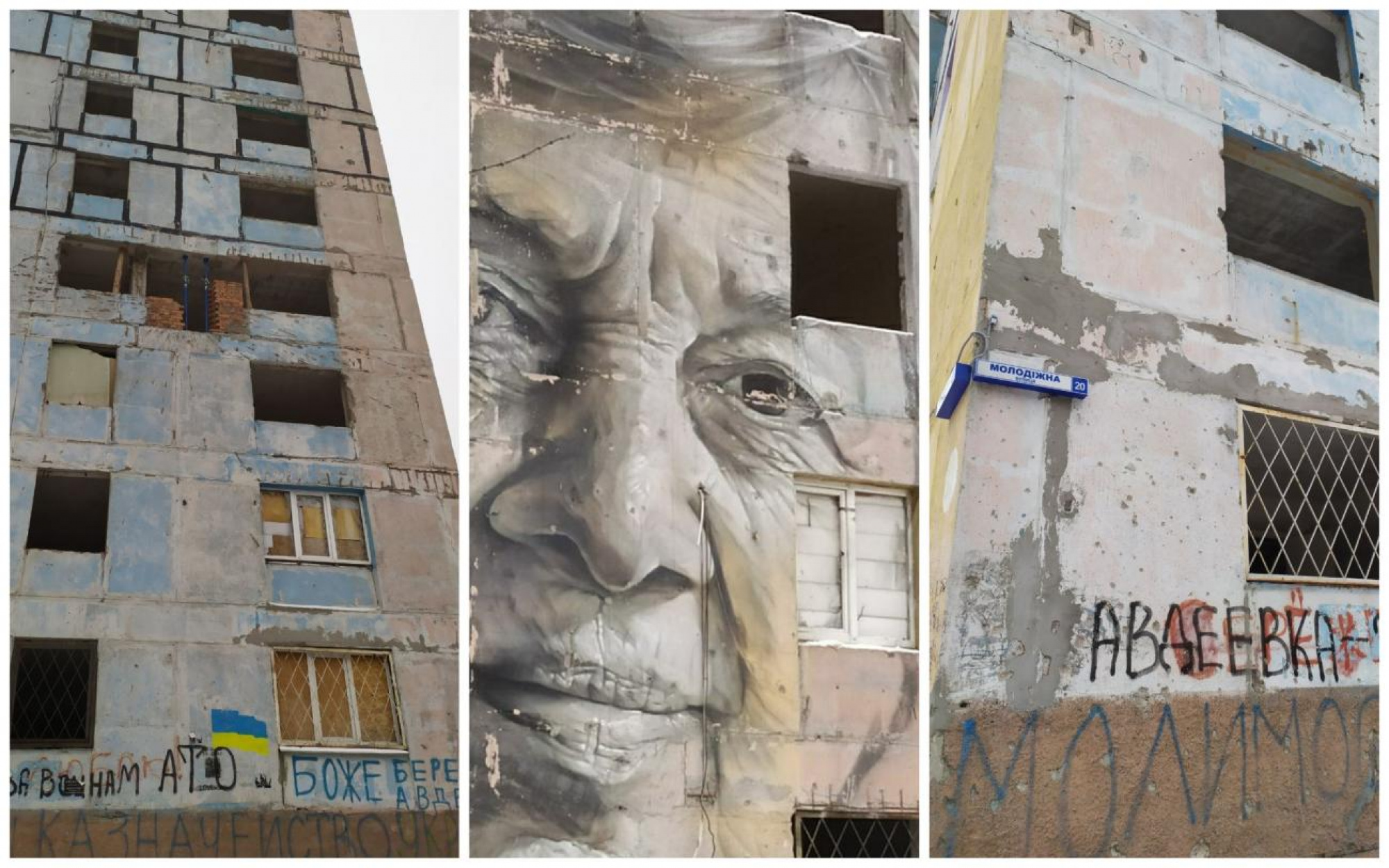 UkraineWorld, together with its colleagues from the regional media, reviews two stories from the frontline to show how residents of the nearby towns have adapted to the new realities.

The Restoration of Avdiivka

Avdiivka has been one of the towns in government-controlled Donetsk Oblast that has been worst affected by the war. Over 1200 homes have been damaged by the fighting, and they are still being rebuilt. Vira Khomenko covers a storyfor Vchasno Information Agency.

According to the local administration, 61 residents of Avdiivka have died from shelling. 111 of 155 apartment buildings have been seriously damaged. Currently, more than a hundred of them have been restored, as well as a thousand private houses. Local authorities, businesses, international humanitarian organizations, Ukrainian philanthropists, and volunteers are contributing to the restoration of the ruined homes.

In January 2015, an artillery shell hit the apartment of Valeriy Panasenko, injuring him and his mother. Although a local factory partially funded the repair of his apartment, he had to do most of the work himself. With  still much to do, he is currently living in his friends' apartment.

While Panasenko is hesitant about applying for state compensation, some of the residents who have not relocated to safer places through the UNHCR program do rely on governmental support.

Valeriy Polovynko, a pensioner living in Avdiivka, is one of them. His home was badly damaged during shelling at the beginning of 2016.  Since then, to prove that his house was destroyed and to claim financial assistance from the state, he didn't remove any garbage, pieces of bricks, furniture, or  plumbing from his yard.  So far, he has received support from the International Committee of the Red Cross and local authorities.

As the majority of damaged houses require serious reconstruction, their owners want the local authorities to participate. Nevertheless, Khomenko reports, because of the war and bureaucracy, they are still waiting for cooperation and coping on their own.

Sooner or later the frontline towns and villages come back to life, Roman Nazarenko reports for zaraz.info. Since the Ukrainian army liberated the north of the Luhansk Oblast from Russian-backed forces, civil society activists have held multiple cultural events here. Their goal is to unite locals who are interested in art into a professional film community.

In recent years, many Ukrainian directors have visited Luhansk Oblast to show their works, to participate in discussions with locals, and to hold workshops for young people. In 2018, the Ukrainian Cultural Foundation, together with the Academy of Visual Arts, organized a film laboratory in Kharkiv for 19 participants from Donetsk and Luhansk Oblasts who wanted to make their own films.

It goes without saying that life at the frontline has also inspired the participants in these events. Some of them have continued studying filmmaking. Others have attended different educational projects, such as the "University Without Borders". Dedicated to media literacy and documentary filming, this event took place in Schastia, a small town in the government-controlled area of Luhansk Oblast).

Renovation and hope are not just words for those who could not leave their homes in the war-torn areas of Ukrainian Donbas. In spite of all the difficulties, they are doing whatever it takes to get back to normal life.