May 6, 2022
Russian propaganda has begun to threaten the West with World War III. 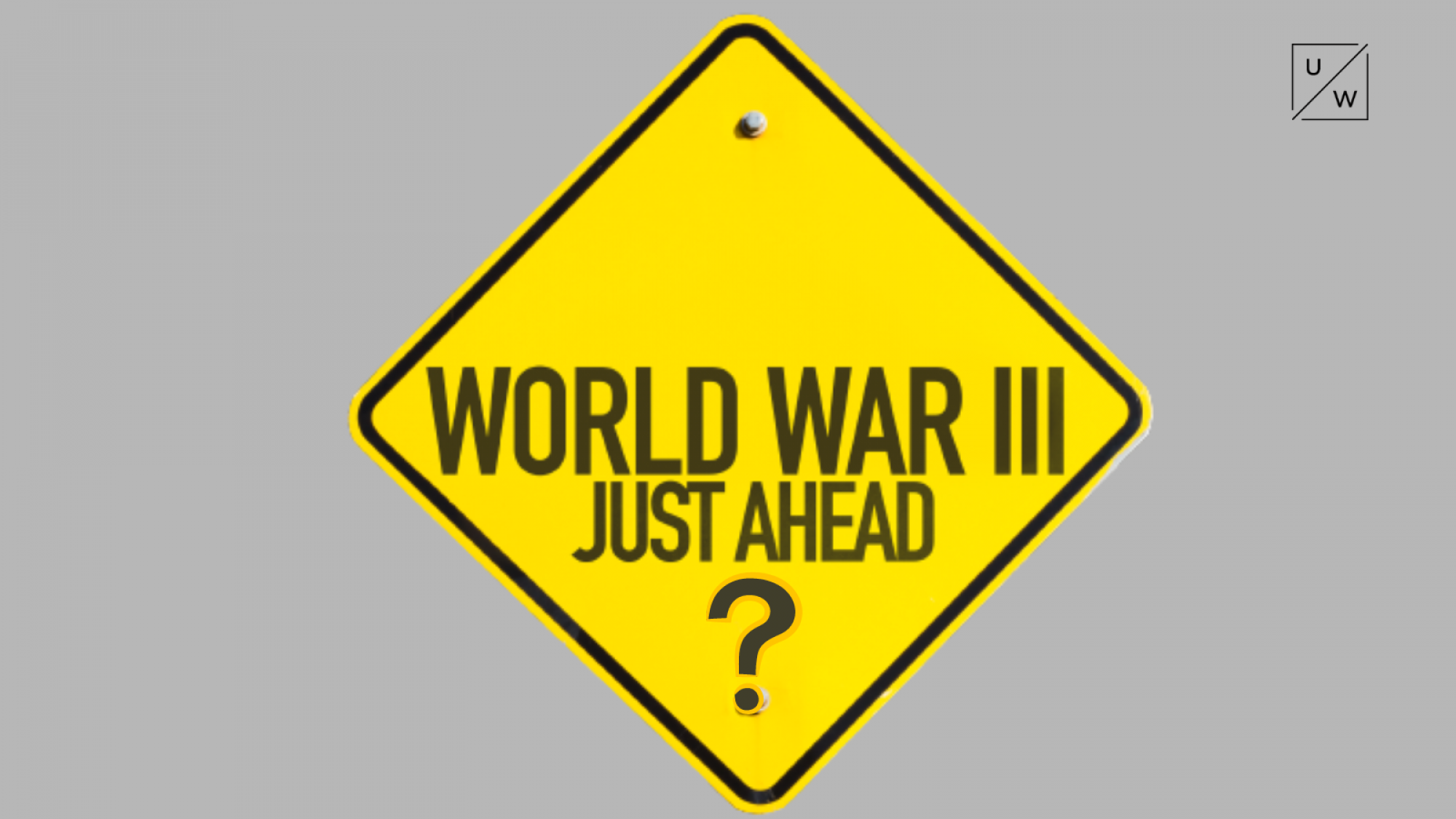 Since the beginning of Russia's full-scale invasion of Ukraine, the topic of World War III has been actively circulating in the Russian media. On April 30, Russian Foreign Minister Sergei Lavrov declared that "the special operation in Ukraine is helping free the world from the influence of the West." These statements enjoy great support from the Russian people. According to a sociological survey conducted by Active Group, 86.6% of Russians support the idea of Russia invading other European countries.

HOW HAVE NARRATIVES CHANGED?

Although Russian media had tried to play down the possibility of World War III before April, now they have shifted to a new narrative: "World War III is being provoked by the West and Ukraine, and Russia is only 'preventing' this course of action."

On April 7, Russian presidential press secretary Dmitry Peskov named "the prevention of World War III" as a goal of "the operation in Ukraine" in an interview on the British television channel Sky News.

Furthermore, on April 13 RIA Novosti published an article titled "Western society is being prepared for World War III," in which the Russian state web publication asserts that "Westerners are being forced to conclude that a world war is not only inevitable, but that it is already underway." The article scrutinizes "examples" of the actions of some European and American politicians which in their opinion, "point towards scenarios that are guaranteed to lead to a direct military clash between NATO and Russia, and hence to a possible world war."

Over the past two weeks, Russian propaganda has begun to openly contemplate the beginning of World War III and even suggest why it could happen. Editor-in-Chief of Russia Today Margarita Simonyan spoke of this on the TV program "Evening With Vladimir Solovyov," Russian state TV's premier political talk show.

"Either we lose in Ukraine, or World War III begins. I think World War III is more realistic, knowing us, knowing our leader. The most incredible result, that this will end in a nuclear strike, seems more likely to me than any other scenario," proclaimed Simonyan.

According to Russian media, "supplies to Ukraine of the latest generation of US weapons" may cause World War III. An "official representative of the People's Militia" of the so-called "Donetsk People's Republic", Eduard Basurin, believes that in this "a war with the whole world has already started openly."

State Duma Chairman Vyacheslav Volodin has also said that "countries that supply weapons to Ukraine become parties to the conflict."

Another reason for World War III, according to Russian media, is anti-Russian sanctions. Russian propagandists point to an article by retired French general Jacques Guilleman in the publication Entre La Plume et l'Enclume, which warns that World War III will be inevitable if the US and Europe do not halt their sanctions against Russia.

Russian media has also warned that "World War III could start in space." This threat was made by the head of the Russian space agency Dmitry Rogozin on the TV channel "Russia 24." According to him, the American spacecraft Boeing X-37 could actually be a carrier of weapons of mass destruction. "The destruction of a foreign spacecraft is World War III. Unequivocally, it is a casus belli (a formal reason for declaring war)," Dmitry Rogozin said.

WHICH COUNTRIES COULD BE NEXT?

POLAND: Russian propaganda has been strongly pushing anti-Polish narratives. In an interview with the Russia 24 TV channel, Russian Foreign Minister Sergei Lavrov said that the Balts, Danes, and Poles would not allow the European Union to "somehow separate" from the North Atlantic Alliance and would push the community into "NATO networks."

Moreover, the Russian news website Ukraine.ru published an interview with Polish  commentator Ronald Laceski in which he argues that "support for Ukraine and Ukrainians by Poles is determined primarily by the Russophobia of Polish society, which has deep historical roots and many sources."

Russian propaganda had already used some of these narratives against Ukraine, and Laceski just repeated these narratives and drew the parallels between Poland and Ukraine: "Both of our countries [Poland and Ukraine] are completely dependent on the West, and nothing will change in this matter. No one in Poland or Ukraine will support the separation of our countries from the West and liberation from its influence."

THE BALTIC STATES: Russian propaganda has also threatened the Baltic states in response to their diplomatic moves against Russia stemming from the full-scale invasion of Ukraine. For instance, Russian Foreign Ministry spokeswoman Maria Zakharova, commenting on the deterioration of the Baltics' relations with Russia, threatened that retaliatory measures against Lithuania and Latvia "[would] not keep [them]waiting."

State-owned outlet RT published an article about the Baltic states, calling their policies "Russophobic" and accusing them of "deciding to take advantage of the situation in Ukraine to justify and legalize their Russophobic policies."

In addition, the Parliament of Latvia's ban on public events promoting Nazism and communism was judged by Russia to be evidence that "neo-Nazism is winning in Latvia".

RIA Novosti columnist Pyotr Akopov, in an interview with Ukraina.ru, pushed the narrative about "protecting Russian populations" and threatened that "the Baltic states themselves [would] fall into our hands."

Ukraina.ru published another interview with Alexander Nosovich, editor-in-chief of the analytical portal RuBaltic.Ru, which called for the "demilitarization" and "denazification for Lithuania, Latvia, and Estonia."

MOLDOVA: Although the Russian foreign ministry has stated that they "do not see" any risk of escalation in Transnistria and seek a peaceful solution to the issue, Russian media has pushed an entirely different narrative.

One article titled 'Hello' from Moscow to Chisinau: Don't get any ideas — we will protect Transnistria," argues that the actions of "the current Moldovan authorities demonstrate that the Republic of Moldova is preparing to repeat the 'Ukrainian scenario' and "if Chisinau does not remain neutral on the Ukrainian issue, then it risks losing the Left Bank [of the Dniester River] region completely."

According to Russian media, Moldova is also "playing with Russophobia" and "there are facts of oppression of the Russian-speaking population" in Transnistria.

"We must not allow Maia Sandu (President of the Republic of Moldova) and her Romanian curators to unleash another war on the territory of Transnistria today. All this Nazism, which has taken root next to us, just needs to be destroyed, uprooted, and forgotten about for many years," proclaimed United Russia Duma deputy Viktor Vodolatsky.

At the same time, a former "Minister of Defense" of the so-called "Donetsk People's Republic" said that "the joint preparation of the Romanian-Ukrainian coalition for the 'cleansing' of Transnistria has received additional confirmation."

It is also important to note that on April 22, Russia's Ministry of Defense announced that one of the objectives of the second stage of their "special operation in Ukraine" was "to establish complete control over Donbas and southern Ukraine, creating a land corridor to Crimea and another exit to Transnistria".

Thus, each country targeted by Russian propaganda has been portrayed in Russia`s media as "Russophobic" with problems of  "Nazism" and the "oppression of the Russian-speaking population," thereby requiring "demilitarization" and "denazification." As the Ukrainian experience shows, these narratives give Russia only fake "justification" for their unjustified policies.

"The Ukrainian garrison in Mariupol can still be saved": urgent address to European leaders

Testimonials from the War: Mariupol

This is a story of a family that was rescued from the bombardment of Mariupol. What they had to live through is truly terrifying #UkraineWorldTestimony #SaveMariupol...
Russian Aggression
February 22, 2022

Crimea: a Fresh View on its Past and Present. A Podcast with Rory Finnin

The following is a shortened version of a conversation between Rory Finnin and Volodymyr Yermolenko.