January 11, 2018
The year 2015 marked the beginning of energy sector reform in Ukraine, which advocated the efficient use of energy resources and alternative sources of energy. The implementation of the reform proved to be a rather slow and lengthy process nationwide, but some cities managed to adopt effective measures and reduce energy consumption costs through the introduction of energy management. 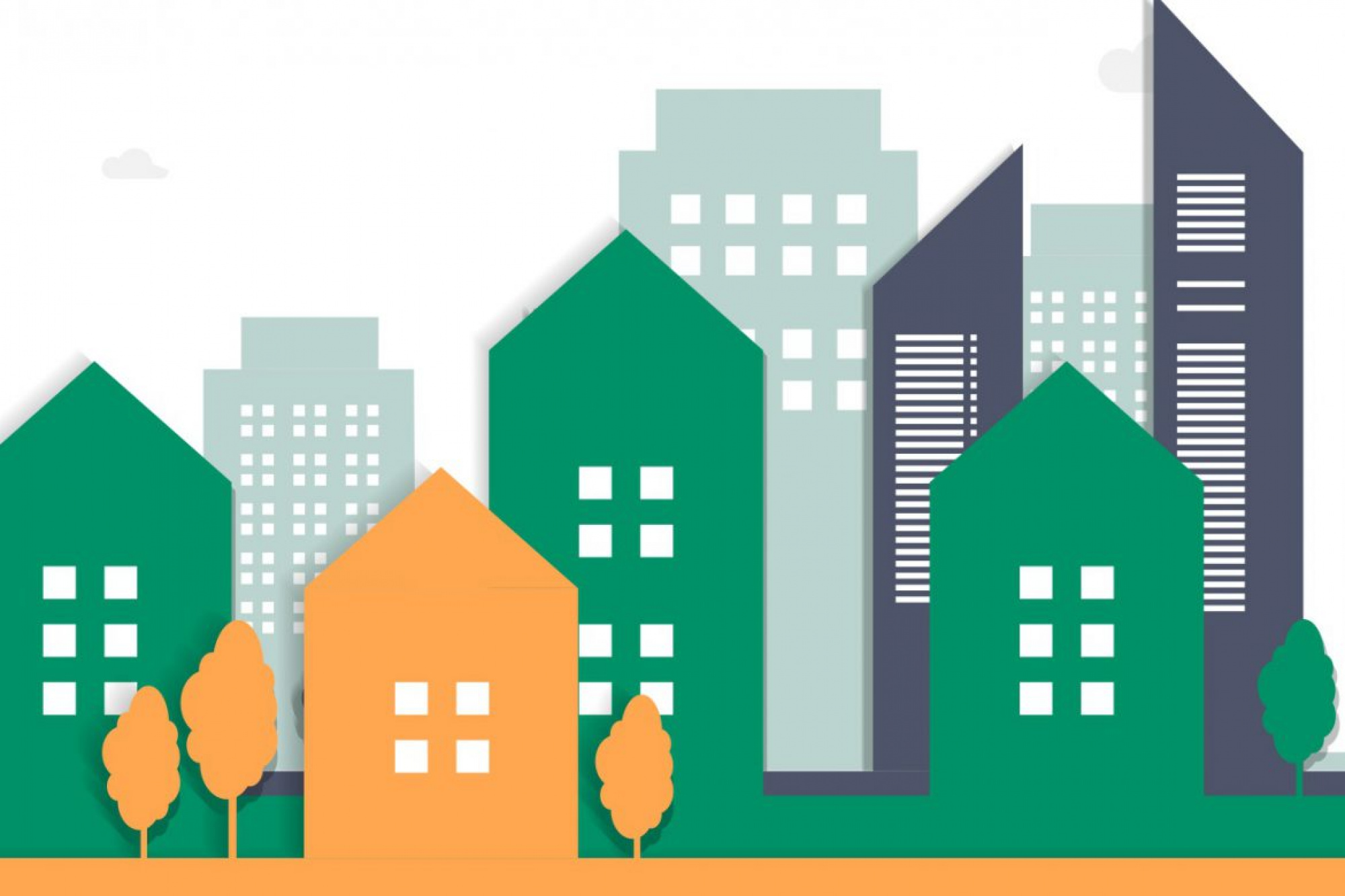 The reform process has enabled the approval of a range of important laws, but their actual enactment requires additional delegated legislation and adequate funding. The state budget of Ukraine for 2018 plans to allocate UAH 2 billion for energy efficiency, which exceeds by 150% the sum allocated the previous year. Initially, the Government planned to provide just UAH 800 mln.

Experts claim that one of the positive phenomena contributing to the introduction of energy efficiency policy in Ukraine is the introduction of energy management. Regions where the decentralization process has become an additional stimulus are actively involved in the process of introducing energy management as municipalities got the opportunity to be in charge of their own budget.

Andrii Kyrchiv, CEO of the Energy Efficient Cities of Ukraine association, asserts that cities which established an energy management system managed to save funds from the municipal budget, and minimize the negative effect on the environment. It is worth mentioning that the first steps in this direction were taken long before the issue of energy efficiency became a national trend.

The Covenant of Mayors: Cut Emissions, Improve the City

Back in 2007, some cities undertook the initiative to form the Energy Efficient Cities of Ukraine (EECU) association that was founded by Anatolii Kopets. The inaugural member cities of the association were Lviv, Kamianets-Podilskyi, Berdyansk and Slavutych.

”I remember our trip to Ireland for the ”Energy Cities” Convention Alliance in 2008. I was deeply impressed back then. Having communicated with mayors of European cities, who had already been working in environmental protection and energy efficiency for a few years, I realized how interesting this area is and what opportunities it gives to reduce the risks facing the cities”. – Volodymyr Harazd, Mayor of Dolyna and President of the EECU.

Cities that expressed interest in the energy efficiency issue were greatly assisted by international aid programs, namely the European initiative called the Covenant of Mayors. In 2007, the European Commission introduced the Third Energy Package aimed at increasing competitiveness on the energy sources market, particularly through alternative energy sources and reducing prices for consumers. This package also contains directives on environmental protection. In order to implement the project at the local level, in 2008 the European cities launched the Covenant of Mayors initiative, aimed at supporting local and regional authorities. Within the framework of the Covenant, member cities voluntarily commit to reduce about 20% of СО2 emissions by 2020 or 30% of emissions by 2030, as well as to inform the population on the importance of community assistance in the implementation of energy efficiency measures and reduction of harmful emissions.

The number of member cities joining the Covenant significantly increased in 2015, the year when it turned from merely being a European initiative into a global one called the Covenant of Mayors for Climate and Energy. Currently, the Covenant of Mayors unites more than 7,500 signatories worldwide. In Ukraine, more than 160 members have joined the initiative, where approximately 82 of them have developed an action plan and are actively working in accordance with it.

Establishing the post of energy manager in cities is a key factor assisting the process of creation of energy development strategies. As a rule, this position is occupied by young specialists with technical education, who analyze existing problems and monitor energy consumption at municipal levels. On the basis of their analysis and estimates, they suggest ways of saving energy and take responsibility for the policy-making process.

Initially, the process of establishing the energy manager position was rather problematic as the post was not included in the officially ratified list of positions and required additional spending that was not incorporated into the budget. However, this did not stop the enthusiasts. For example, an energy manager in Dolyna worked on a voluntary basis for half a year. Thanks to his work, the city managed to reduce spending by budgetary institutions on energy by 15%-20%. It was a convincing example to provide the professional with a full-time position.

It is worth mentioning that Dolyna has managed to completely decline district heating services. Starting from 2007, the local authorities have obtained approximately EUR 50 mln worth of European investment on the implementation of energy efficiency projects, which enabled it to switch the bulk of budgetary institutions to using alternative energy sources and provide heating to a majority of residential buildings. Taking into account these accomplishments, in 2016 Dolyna became the first city in Eastern Europe to receive a Certificate of Conformity to energy efficient management. By 2018, it is planned to continue a project aimed at reducing of СО2 emissions in the residential housing area. This initiative has been awarded a grant from the European Commission of EUR 772,600.

Zhovkva, a small town located in Lviv Region, managed to significantly cut down on its use of natural gas for heating purposes thanks to the implementation of projects on increasing energy efficiency. The allocated grant funds enabled the purchase of solid fuel boilers that produce energy by burning woodworking waste such as woodchips and sawdust. The total cost of the project is EUR 860,000, of which EUR 700,000was allocated by the EU and the rest by the local and regional budget. It took two years for Zhovkva to save approximately UAH 7 mln for the city and regional budgets. Moreover, with European support, the authorities were able to replace 4.7 km of central heating systems, establish individual heating centers, which enable permanent temperature control in automatic mode and insulate kindergartens.

Myrhorod, a city that has been a member of the Covenant of Mayors since 2012, recently received a grant from the European Commission for the implementation of energy efficiency measures, in particular: modernization of the boiler room (installation of a new biomass boiler), construction of part of the heating system, and carrying out the comprehensive thermo-modernization of one of the kindergartens. The implementation of the aforementioned plans requires approximately EUR 1 billion, 75% of which will be allocated by the EU and the rest by the local budget.

What’s the Secret behind It?

According to Andrii Kyrchiv, political freedom maintained among the city mayors plays a significant role in unifying successful energy efficient cities. This aspect enables a strategy of sustainable energy development at the local level to be devised, the enlisting of qualified personnel that can effectively cooperate with international partners, and to change the attitude of the community towards the topic. Andrii Kyrchiv sums up that, “Only under such conditions will international aid be effective, thus enabling investors to be attracted to the cities”.

Anna Akermann, an expert of the Center for Environmental Initiatives Ecoaction, indicates that, “Only when a considerable number of cities establish the energy management system it will be possible to discuss the implementation of a mandatory norm at the national level. So far everything depends on the initiative of cities: whether they are ready to plan in advance and consume the energy more efficiently, thus improving the state of the environment and comfort of citizens”. Currently, there is an ongoing process of working on a bill on energy efficiency, which will declare the necessity to implement an energy management system.

The current experience of Ukrainian cities serves as an indication that the future of Ukraine’s energy independence lies in increasing the level of energy efficiency. At the same time, this policy has an additional motivation as it will enable deteriorating environmental effects to be reduced.

“It is always pleasant to solve local tasks, but is it far more pleasant when you realize that you contribute simultaneously to the process of tackling global problems. This is an additional stimulus”. – Volodymyr Harazd, Mayor of Dolyna and President of the EECU

This article has been first published at The Reforms Guide.

Ukraine is trying to induce the use of green energy, but is often victim to corrupt schemes. In this article our aim is to delve deeper into this situation and see...
VIDEO
November 6, 2020