May 17, 2022
Alternative für Deutschland, a far-right populist party, and Die Linke, a left-wing party, transmit the Kremlin’s narratives about the Russian invasion of Ukraine to German audiences. 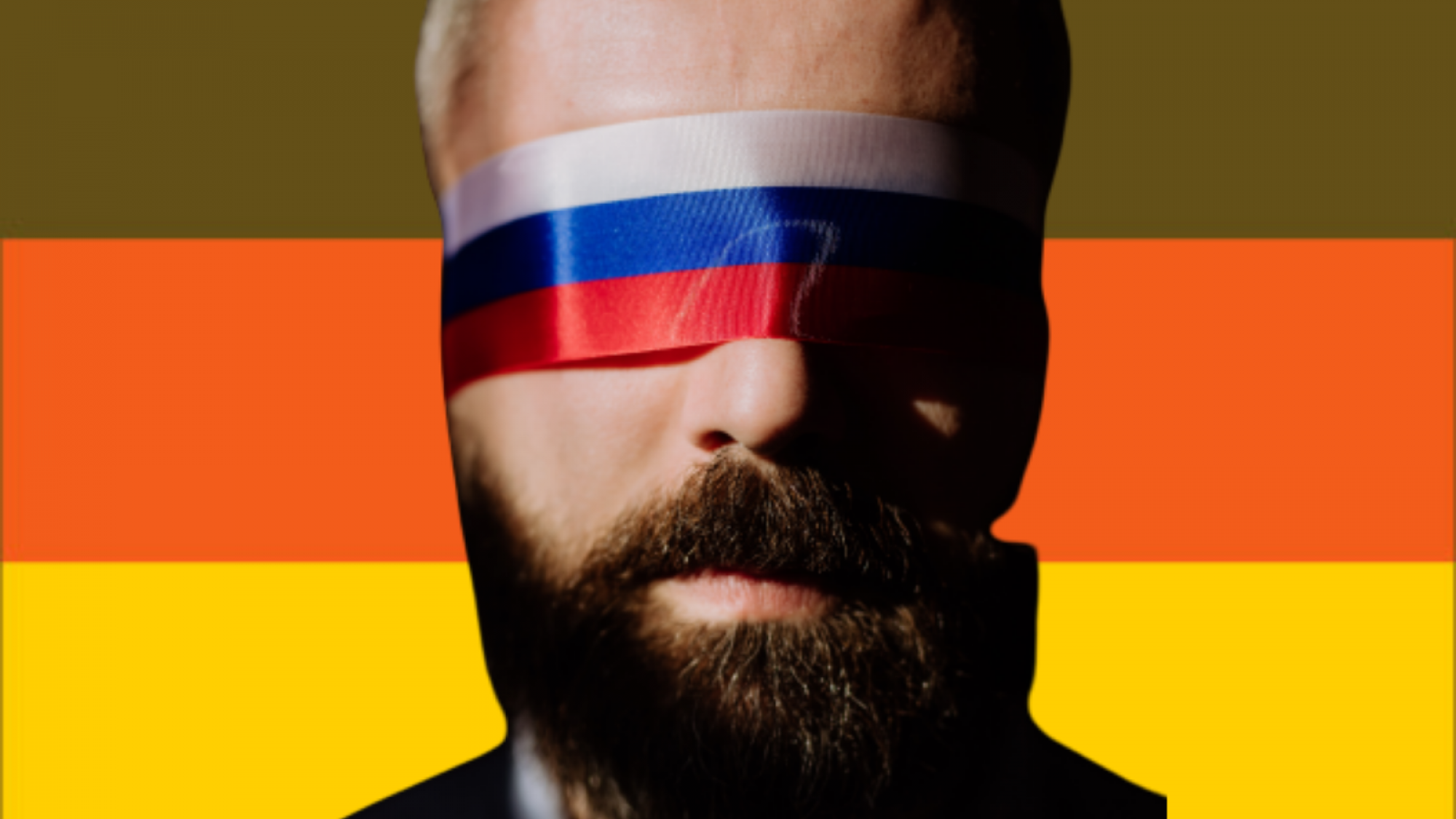 On April 28, after weeks of intense debate, the German Bundestag approved a law authorizing the delivery of heavy weapons to Ukraine. 583 Bundestag members voted in favor, while 100 opposed. 50 others either abstained or were absent.

The vote breakdown by party shows that the majority of those who voted against weapon deliveries to Ukraine came from two parties: far-right Alternative für Deutschland and left-wing Die Linke. Both parties are known for their criticisms of the West's harsh stance towards Russia, but how have they justified their position on the Russia-Ukraine war? 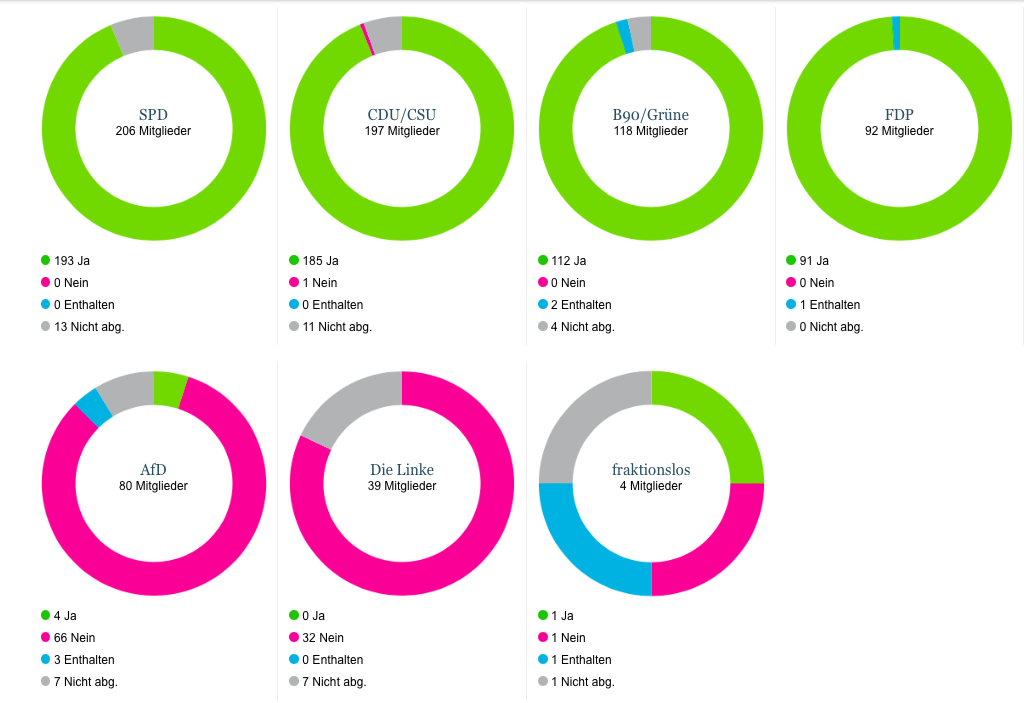 Die Linke has had pro-Russian rhetoric for years. In particular, Die Linke has called for closer ties with Russia, criticized sanctions against the country,  and supported the construction of the Nord Stream-2 pipeline. Die Linke has also criticized Germany's cooperation with the U.S. and NATO.

UkraineWorld analyzed posts on 90 Facebook pages tied to Die Linke and its members about the Russia-Ukraine war since February 24, 2022. According to data from CrowdTangle, a tool owned and operated by Meta, within the last three months, posts on these pages have scored some 312 thousand interactions. 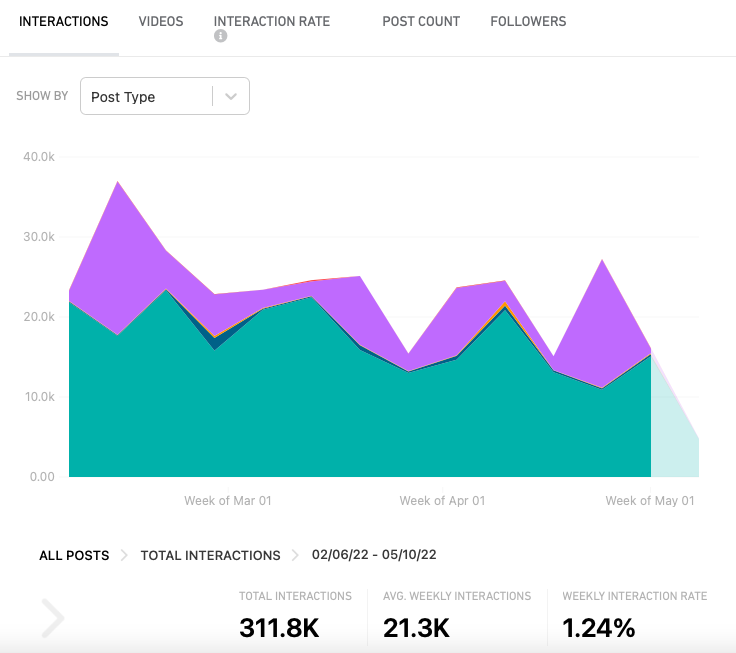 It turns out that Die Linke's clear support for Russia is no longer there; the party has actually condemned the Russian invasion of Ukraine and has repeatedly called for peace. These calls for peace are Die Linke's main policy on the war now. As early as February 24, the party published a statement declaring that "this war of aggression by Putin is a crime and absolutely nothing [justifies] it" and that "Russia must stop this military action immediately."

Within the next few weeks, Die Linke repeatedly said that "weapons were not a solution," called for a "stop [to] the war" and urged the German government to provide asylum to those Russian soldiers who choose to desert the army. 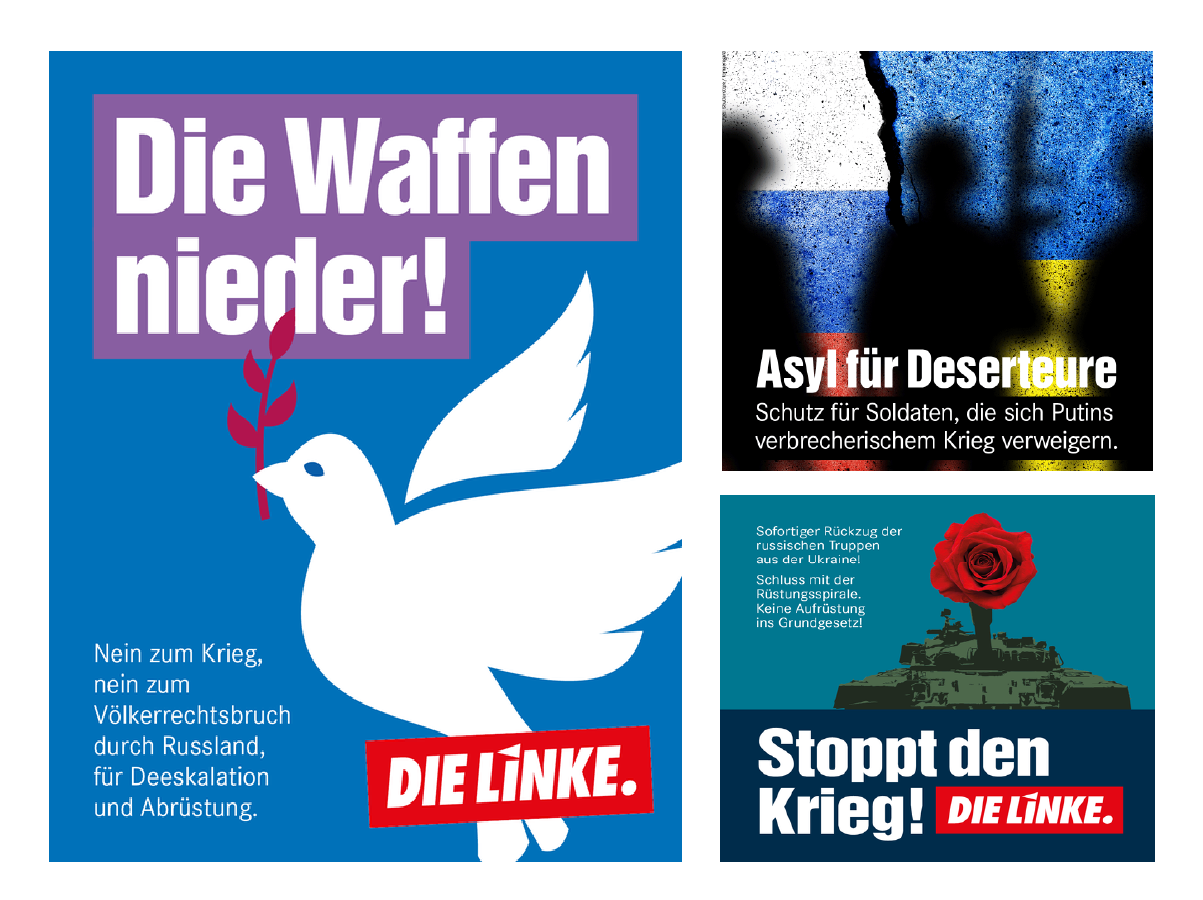 Die Linke explained their decision to vote against the delivery of weapons to Ukraine with similar "thinking about peace." "This war must end immediately, must not spread. Solidarity with the people in Ukraine on the one hand, and de-escalation and every diplomatic effort on the other hand, are two sides of the same coin," proclaimed Dietmar Bartsch, co-chair of Die Linke in the Bundestag, while speaking before the assembly prior to its vote.

Alternative für Deutschland (AfD), a far-right party established in 2013, has supported Russian interests for a long time. In 2017, prior to parliamentary elections in Germany, the party urged an end to sanctions against Russia. MPs from AfD have visited the occupied Crimea in violation of Ukrainian law many times, and repeatedly called for the German government to  recognize the supposed "fact that Crimea is Russian territory." The same rhetoric has been applied to the war in Donbas as well. For example, in 2019, AfD leader Alexander Gauland argued that the war in Donbas is "a matter concerning only Russia and Ukraine." Therefore, unlike Die Linke, AfD has repeated a lot of Kremlin narratives since the war started.

UkraineWorld analyzed 89 Facebook pages related to AfD and its party members. Among the most popular posts on these pages since February 24 are related to the Russia-Ukraine war. Furthermore, data from CrowdTangle shows that these 89 pages garnered more than 10 million interactions, which is 30 times more than the comparable number of pages associated with Die Linke. In a single week, AfD-related pages received twice as many did in three months. This means that any narrative shared by AfD has far more weight and influence, due to the sheer volume of its target audience. 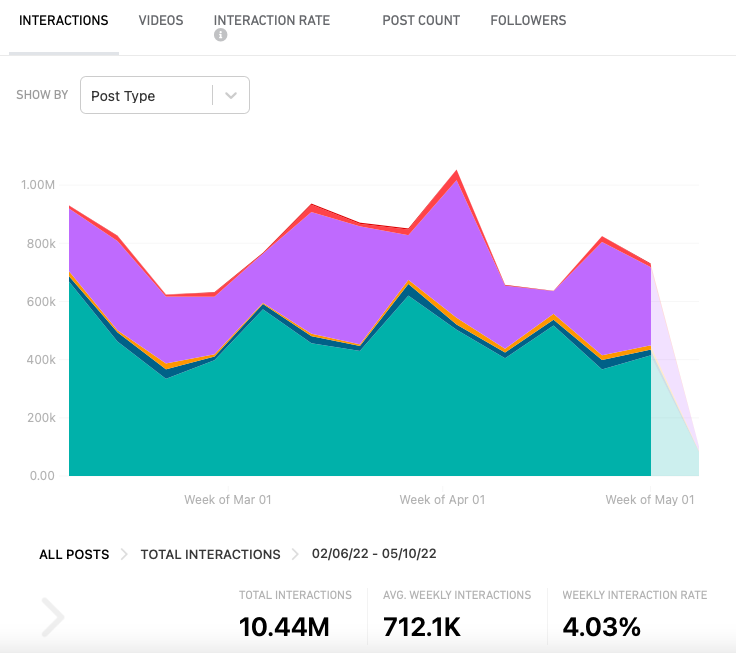 Unfortunately, most AfD narratives related to the Russia-Ukraine war echo Russian propaganda. The party has been particularly fiercely opposed to sending weapons to Ukraine. In an April 25th statement, party spokespeople Alice Weidel and Tino Chrupalla argued that it is "another step in a dangerous bidding game that threatens to drag Germany even further into the war...We fundamentally oppose the delivery of weapons to the war zone. We must avoid everything that contributes to the war in Ukraine becoming a conflagration and a military — and thus nuclear — confrontation between NATO and Russia."

Members of the party have used their personal pages to promote this narrative. For instance, Stefan Möller, a member of Landtag of Thuringia, stated that "gas from the East is better than tanks [being sent] to the East." 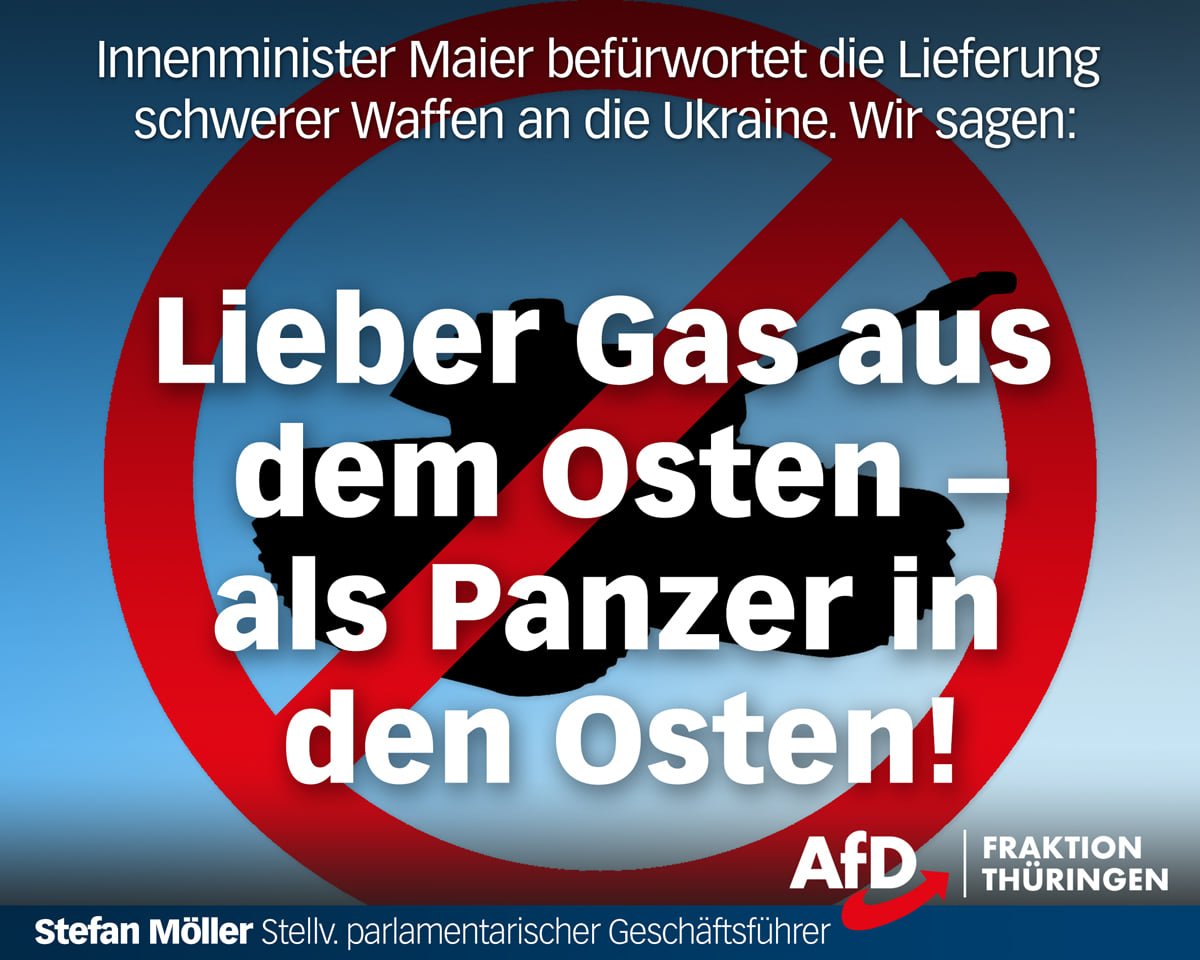 Members of AfD have also capitalized on the long-running distrust of many Germans have of the US to spread the narrative that the German government is being forced by the US  to deliver weapons to Ukraine and that Bundeskanzler Olaf Sholz had no choice but to oblige.

In particular, Andreas Bleck, an AfD Bundestag member, wrote that "Germany and NATO must not become a war party, otherwise there is a threat of nuclear WWIII" and illustrated his post with a meme of the US President Joe Biden shouting at Olaf Sholz to "deliver weapons immediately." It is worth noting that in April, Russian propaganda began threatening the West with World War III, which is exactly AfD members began intensifying their "anti-WWIII" rhetoric. 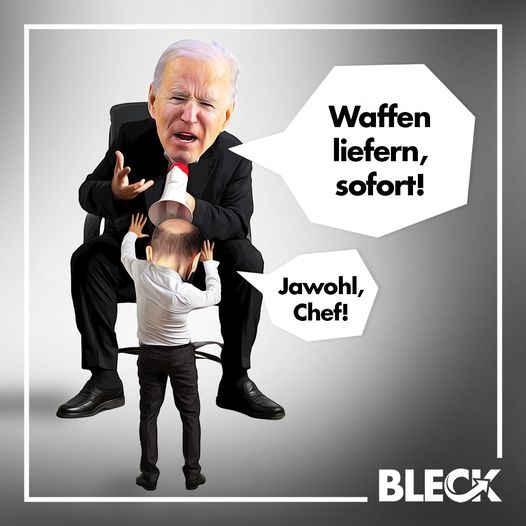 AfD sees "compromise" between Ukraine and Russia as "the only way to end the war." "Only compromise, but not a victory for one side or the other, can end this war! The supply of heavy weapons is not a useful contribution to this," argued AfD leader Alexander Gauland in a speech prior to the Bundestag vote.Rt.de, the German-language branch of Russian state-owned media RT, strongly approved of this statement and promoted it in its news coverage. 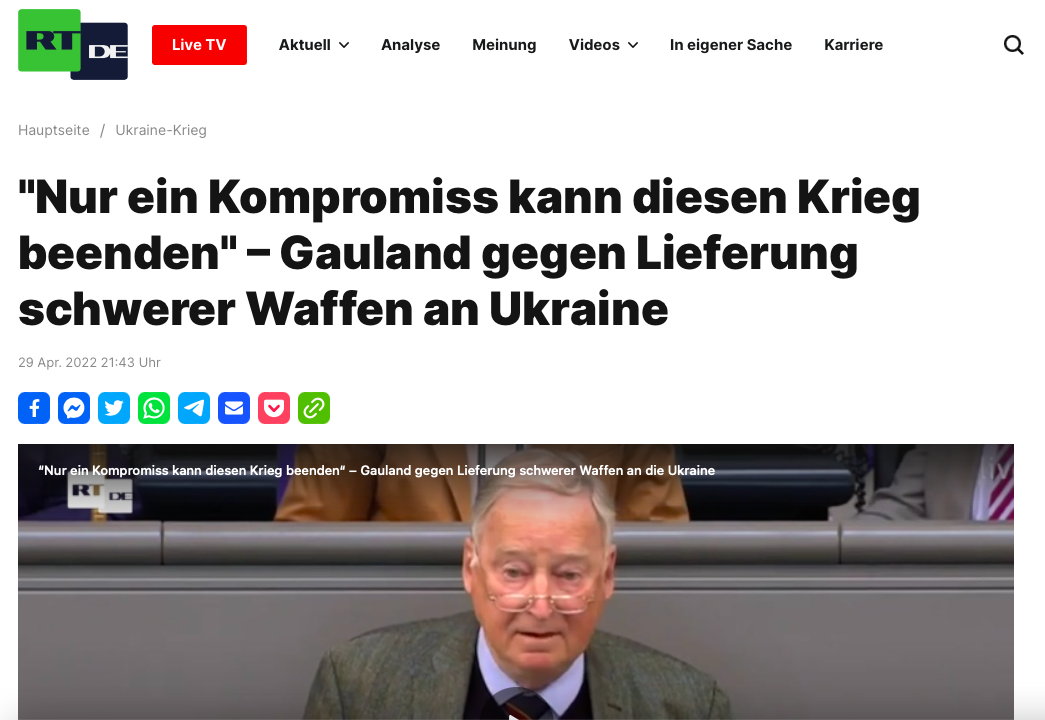 In addition to advocating against weapon deliveries, AfD also spoke out against sanctions against energy deliveries from Russia. The party also urged the federal government to pay for Russian gas in rubles, as Vladimir Putin has demanded. Alice Weidel, a party leader, stated that "Germany is not in a position to put pressure on Moscow, but urgently needs cheap Russian energy" and  "because the federal government refused to pay for energy supplies from Russia with rubles instead of the euro, the supply to our economy has been threatened." This statement echoes Russian propaganda which argues that "sanctions will hit Europe even worse than Russia.

Götz Frömming, another member of the Bundestag from AfD, argued that "Ukraine is demanding that Germany give up Russian gas, even though it is buying it itself from its wartime enemy." This statement hints at Ukraine buying gas from Slovakia, which Slovakia itself had previously purchased from Russia. Kremlin propaganda has used this fact since Ukraine declared its energy independence from Russia to say that Ukraine still buys Russian gas, just from another supplier. 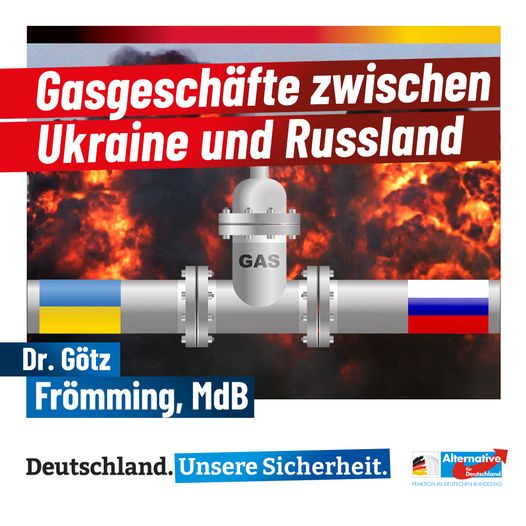 Additionally, AfD opposes Ukraine's prospective EU membership. According to Alice Weidel, "rushing Ukraine and the "Western Balkans" into the EU is not in Germany's interest." In particular, Weidel argued that "the war in Ukraine has caused leading politicians from the coalition parties to fall into a state of blind actionism that apparently eliminates any rational considerations and weighing of interests." She also argued that  "before the war broke out, Ukraine was one of the most corrupt countries in Europe and was miles away from even remotely meeting the requirements for EU membership." 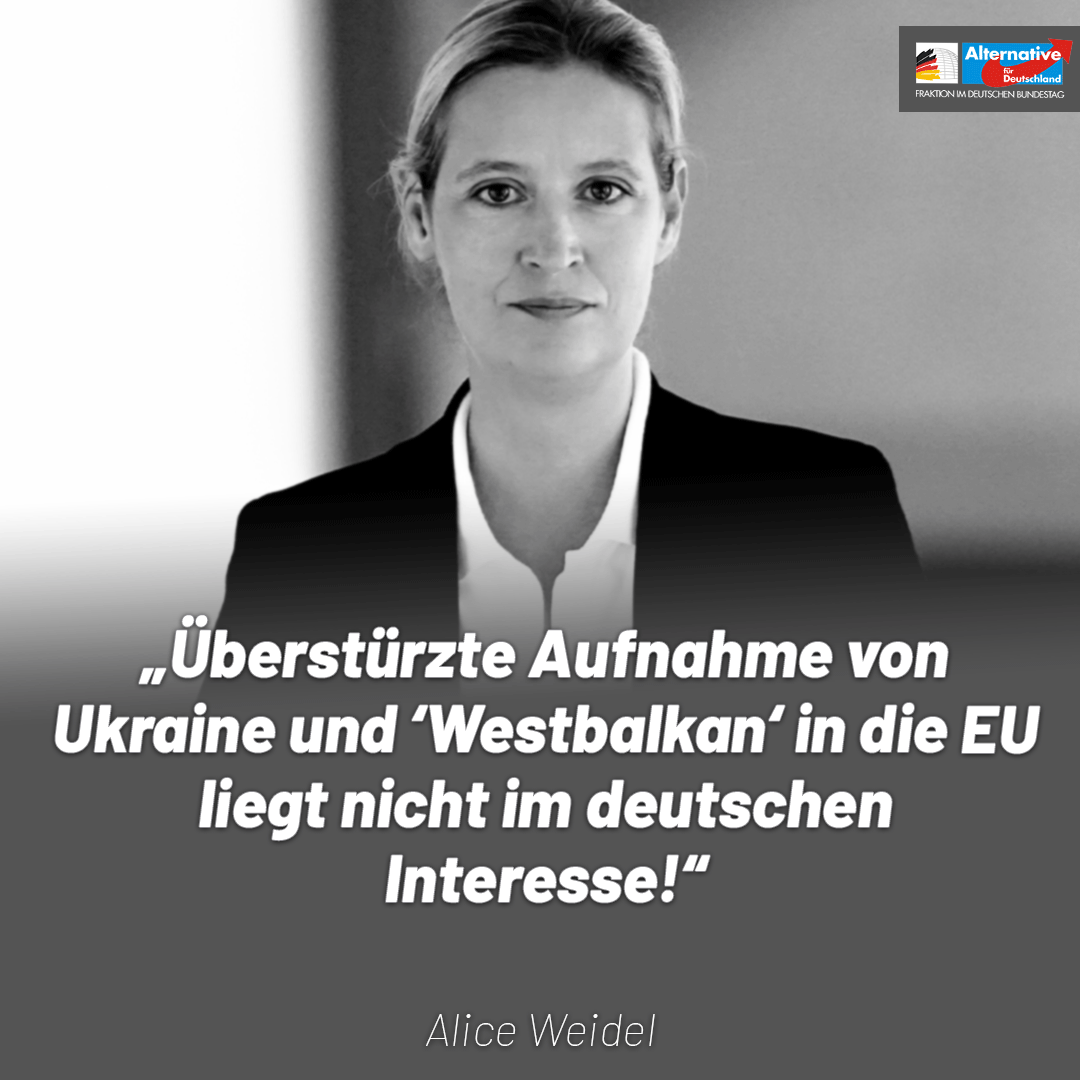 The claim about "Ukraine's corruption" is another argument widely used by AfD and its ideological peers in Europe. "For 20 years, the EU has been supporting Ukraine in the fight against corruption: WITHOUT ANY RESULT!" Gunnar Beck, an MEP from the AfD, decried in a speech. Beck also said that the "EU's Ukraine policy has failed, just as its Russia, migration and economic policies have failed, as well."

Even though Die Linke has repeatedly condemned the Russian invasion of Ukraine, the party has not really done much to help Ukraine in any way. The party's calls for peace, diplomatic solutions, and avoiding escalation may be based on the party's values, but they nevertheless reflect exactly what the Kremlin needs and seeks: a lack of unity in the West on arms deliveries to Ukraine.

AfD, on the other hand, employs a very pragmatic approach. The party sees the Russian invasion of Ukraine as a distant conflict, which Germany has nothing to do with and which should not suffer economically for. That's why members of the party see no problem with continuing to trade with Russia. They rarely mention Russian war crimes, and when they do, they call for "independent investigations." Members of AfD do not see the symbolic value of Ukraine's EU membership and do not recognise the country's achievements. This approach is very understandable and clear for the Kremlin.

This AfD "pragmatism" is far more dangerous than Die Linke's idealism, not only due to the far-right party's influence on social media but also due to their willingness to seek what's more profitable over what's morally right. Die Linke has a long history of ties with Russia, but those ties could at least be perceived as the party's Eastern German legacy. AfD, on the other hand, established its support of Russia after the annexation of Crimea, and will likely keep its ties to Moscow in the future — so long as it makes any economic sense.

Vitalii Rybak
Analyst and journalist at UkraineWorld and Internews Ukraine.
Next article

Is Russia a Victim of the West?

Since the Russian invasion became a protracted war that it cannot win, state propaganda has been looking for reasons to justify the invasion. Have a look at Russian...
PODCAST
August 12, 2019