December 5, 2018
After Russia attacked and seized Ukrainian ships and sailors in the Black Sea on November 25th, Ukrainian president Petro Poroshenko suggested introducing a martial law in the country. Poroshenko’s argument is that the martial law will better protect Ukraine against a plausible military aggression from Russia. The proposal was supported with substantial amendments by the Ukrainian parliament. The martial law has been introduced for 30 days in 10 Ukrainian regions. We asked a number of Ukrainian security and military experts if the martial law has practical military and security reasons. 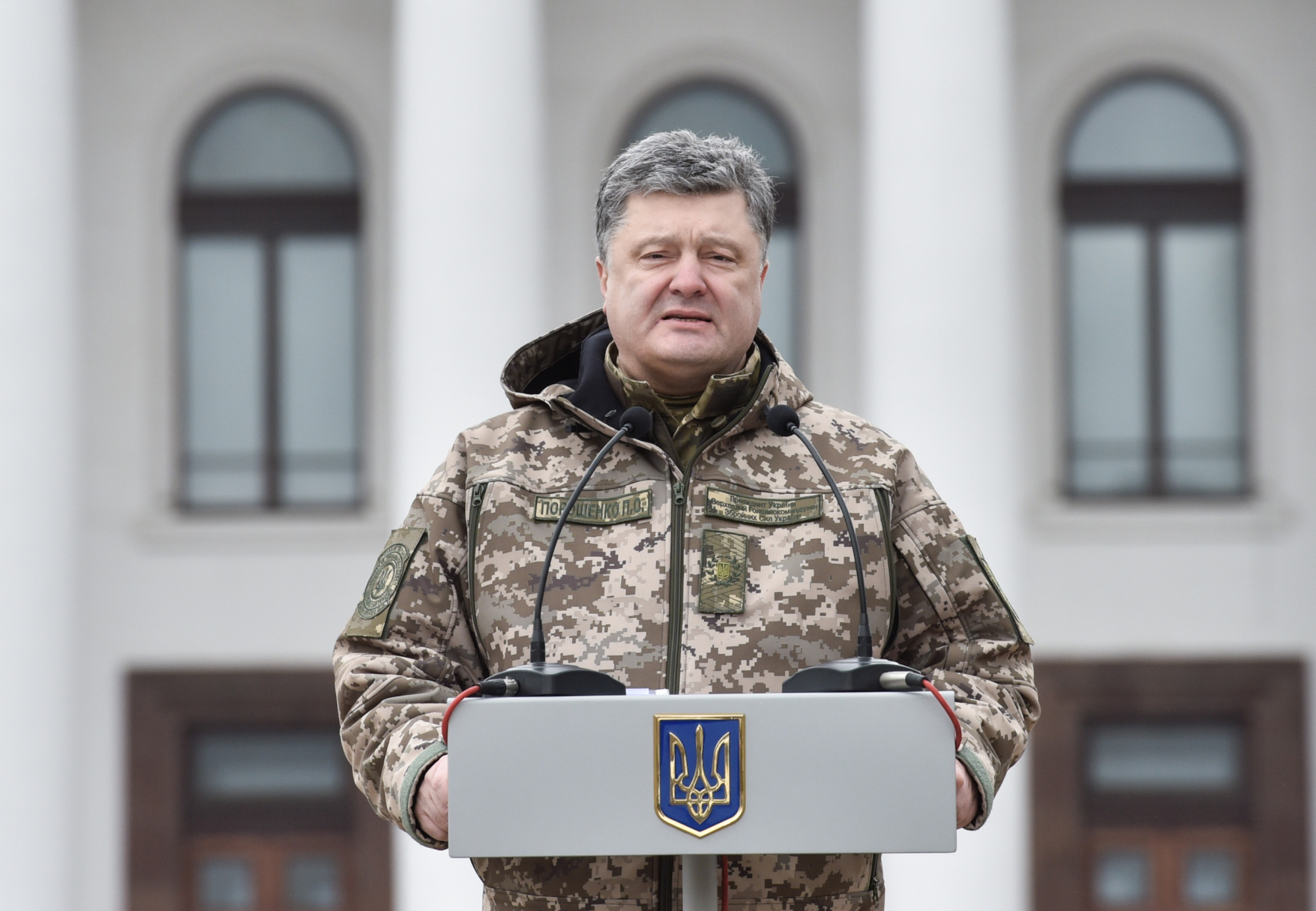 "Martial law is definitely needed, since we have entered a very dangerous period - there are preconditions for a new stage of Russian aggression.

This new stage of aggression can come from the sea. Five years after its occupation, the Crimean peninsula has taken on a new status – it evolved from being a problem to being a military threat. It boasts such a concentration of weapons and military capabilities that it can lead to military aggression sooner or later.

This is a threat not only to Ukraine but to the entire Europe, too.

Crimea has become an operational base for Russian expansion into the Middle East and North Africa.

The threat of war, as well as actual war in the Black and Azov Seas, with Crimean peninsula being the base region for military operations against Ukraine's coastal regions, as well as against Georgia and Moldova, are absolutely realistic scenarios for 2019 that both diplomats and the military should keep focused on.

On top of that, the threat of war should be tackled through rapid enhancement of Ukraine's military capabilities.

If the need to block the "Crimean threat" immediately remains misunderstood, answers to different questions will be needed, namely when, where and in what circumstances a new act of war coming from Crimea will take place. Obviously, nobody – be it in Ukraine or in the West – wants the war to continue. Unfortunately, the fact that 2019 is the year of elections in Ukraine creates host of political opportunities as well as casus belli for provoking the war."

"The need to introduce martial law, at least in a part of the country's territory, has been pending since 2014. Refusal to do so immediately after presidential election of 2014 was Petro Poroshenko's strategic mistake as well as that of the National Security and Defence Council of Ukraine chaired by him. The president has now repaired his mistake, though the introduced version of martial law can rather be called quasi-martial, or a light version of the martial law, as it does not apply to the country's entire territory.

Russia did not stop its aggression against Ukraine. Moreover, this is a hybrid aggression that employs both military and non-military instruments. For many in the West, the Russia-Ukraine conflict became a forgotten war. There are also those who believe that there is no war at all, since there are Minsk agreements in place. However, for us the war is ongoing, as every day we receive reports on the deaths of our soldiers and officers in the Eastern front.

However, Russia managed to make its aggression against Ukraine forgotten by the West and moved on, given that it has been blocking passage of vessels to Ukrainian ports of Mariupol and Berdyansk for more than six months. It has also been militarizing the Crimean peninsula and expanding its military presence in the Sea of Azov under the pretext of the need to protect the Kerch bridge from "aggressive actions on the part of Ukraine and NATO".

The so-called Kerch incident with Ukrainian ships is an indicator of Russia's new intentions.

Hence, we face a new stage of hybrid aggression. One of its possible goals at the moment may be to prepare an operation designed to provide for a land corridor between the territories in the east of Donbas ("DNR/LNR") controlled by its proxies, and Crimea, as well as gaining access to waters of the Dnipro river for the peninsula. One should also take into account large-scale subversive activities at the largest arsenals of Ukrainian Armed Forces' ammunition storage.

All this testifies that Russia is preparing itself for a military invasion into Ukraine.

Therefore, what happened on 25 November in the Kerch Strait became a trigger for the long-overdue decision to introduce martial law, especially given that Russia is expanding its subversive activities from within Ukraine against the backdrop of the forthcoming presidential and parliamentary elections scheduled for 2019."

However, introduction of martial law is still important. That way, an action plan can be tested if real problems take place. With the martial law Ukraine will also show the Russian Federation that we are ready for such challenges, especially in the context of 2019 (the year of elections in Ukraine - UkraineWorld) that we still do not know how to live through, as well as against the backdrop of a persistent and significant military threat on the part of Russia."

"Introduction of martial law was justified back in 2014, when it was clear that Russia was trying to use its military power to occupy the Crimean peninsula and when hostilities, supported by Russia, broke out in Donbas. Therefore, one can say in today's circumstances that martial law was introduced with a four, almost five

years delay, and whether we need to introduce it now is quite a debating point. Indeed, the tragedy that took place on 25 November near the Kerch Strait shows that Russia does not seek to avoid using direct military force against Ukraine. However, this had been obvious before that, when Russia used arms from its territory against our troops situated in Donbas.

Introduction of the martial law now is rather a political trick of the incumbent authorities seeking to achieve their own political goals this way.

My opinion is that introduction of martial law at this point can be justified with only one purpose, which is to see how it really works in practice in order to make conclusions to amend respective laws and revise national legislation in accordance with existing European norms and practices.

When we speak about whether there is a threat to holding elections, we should not forget that these are not only presidential elections. Elections to local councils that had been scheduled for 21 December have already been cancelled. In a similar situation, a threat to elections always exists."

"Martial law should be considered for two purposes. One is internal – to consolidate society, to alert the security sector, and to mobilize and check their capacities. It is important in terms of readiness and awareness.

The second purpose is international. Ukraine is sending a signal to our partners that this was not a regular situation - not just another conflict in a contact zone, something that international observers are already used to. To gain maximum attention and support, Ukraine really needed - not only with words but also with deeds - to demonstrate the danger and reality of the Azov incident. I do not consider martial law to be a demonstration of Ukraine's weakness to the international community. Just the opposite: it can demonstrate that the government is not only asking for support but also preparing to react to further provocations.

This is also important for other regions besides Mariupol and Berdyansk. Odesa and Chernihiv are losing their early-conflict awareness and risk preparedness because the last two years were quite calm for them. Nevertheless, the threats and challenges have not disappeared. Therefore, martial law can allow them to focus their attention and assess the situation."

"Yes, the introduction of martial law is needed.

Five years into the occupation of the Autonomous Republic of Crimea and the launch of the antiterrorist operation in Donbas, Ukraine is de-facto living under martial law.

Civilian-military administrations have been established and are operating in the Donetsk and Luhansk regions, while governance in the United Forces Operation's area is being carried out by the military command.

On 25 November, Russia resorted to an overt act of aggression against Ukraine, having attacked and captured vessels and servicemen of Ukraine's Navy in the water zone of the Kerch Strait. I believe that the President and the National Security and Defense Council of Ukraine have made the right decision on the introduction of martial law in certain regions of Ukraine and the waters of the Azov Sea.

This decision, supported by the Parliament, had an impact on the international community's support of Ukraine: the meeting of US and Russia's presidents that had been scheduled to take place in the wings of the G20 summit in Argentina was canceled, and enhancement of NATO's and other partner countries' assistance to Ukraine is being discussed. As of today, the Center for Coordination has been established at the Ministry of Defense of Ukraine, measures to enhance the defense capabilities of certain oblasts in which martial law have been introduced are being implemented, and field trainings of active reservists are being held. Command and staff training will soon be held at the governmental level, regional Defense Councils have started operating, military exercises are being held,and coordination of Ukraine's Armed Forces' units is taking place."

Internews Ukraine and UkraineWorld.org are continuing to publish a regular roundup of anti-Western messages in Ukraine aimed at undermining trust in democracy and...
PODCAST
June 5, 2020