December 3, 2018
On November 25, Russia opened fire on three Ukrainian ships in the Kerch Strait and then seized them. Ukraine blamed Russia of military aggression and violation of both international law and bilateral agreements. On the next day, it announced martial law for 30 days in 10 Ukrainian regions. UkraineWorld asked Hanna Shelest, editor-in-chief of UA: Ukraine Analytica, to explain security, maritime and political aspects of the situation. Dr Shelest is a Ukrainian expert in security studies, conflict resolution, maritime issues and foreign policy, based in Odesa. 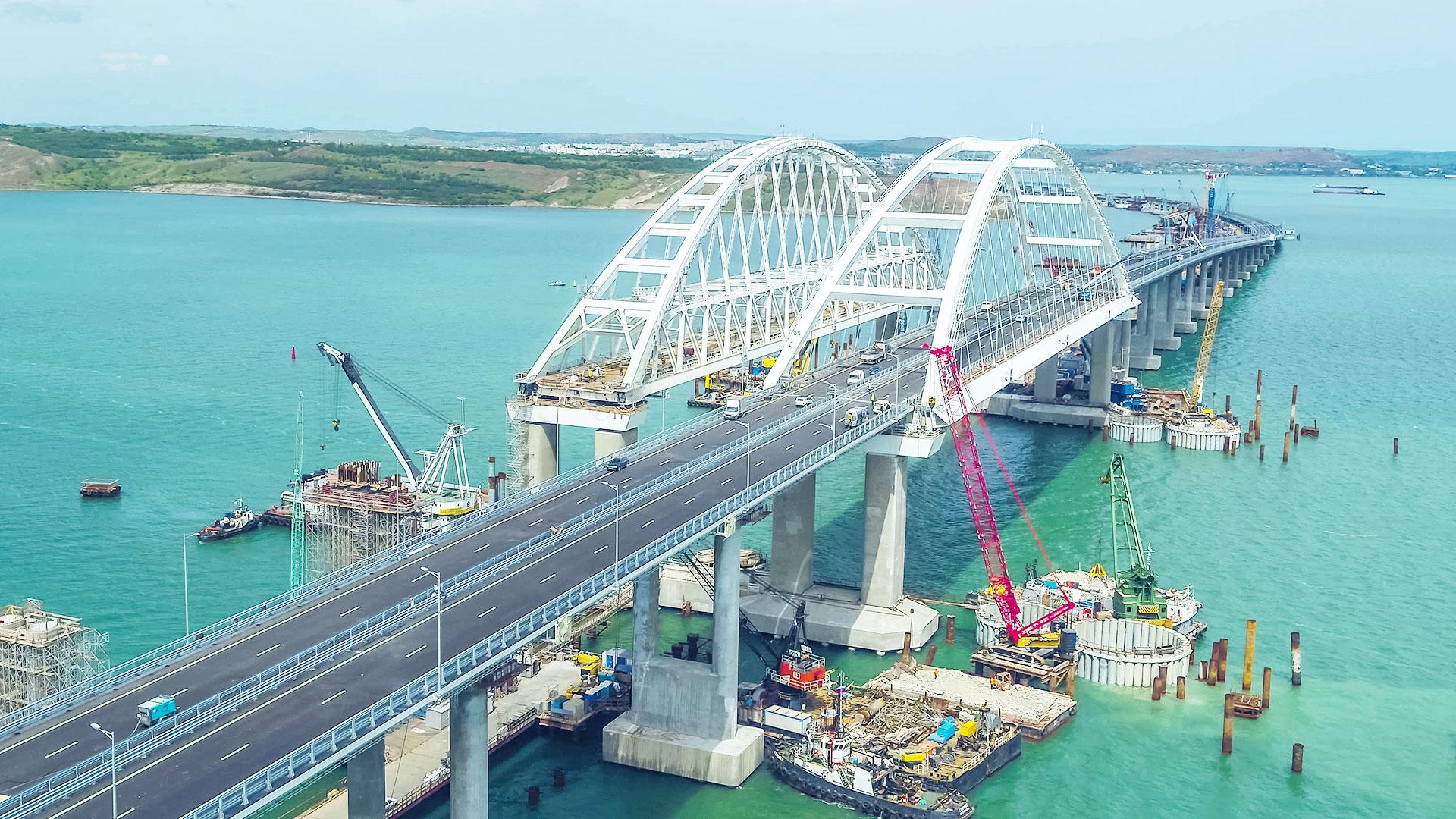 How do you interpret the Russian attack on Ukrainian ships in the Black Sea, which took place on November, 25th? What happened and why?

The incident has only one possible interpretation: it was the Russian Federation's first open, non-covert attack against Ukraine, a brutal violation of the norms of the international laws and bilateral agreements. In Crimea Russia tried to hide behind "green men", and it has presented the conflict in Donbas as a "civil war" and "local protests" - but in Azov, this incident has openly confirmed Russia's involvement, the involvement of its coastal guard, Navy and air forces.

It was the Russian Federation's first open, non-covert attack against Ukraine, a brutal violation of the norms of the international laws and bilateral agreements

The Ukrainian ships didn't shoot, but the Russian one rammed and then opened fire against Ukrainian vessels, in addition to blocking the navigation in Kerch strait. These are clear forms of aggression, defined in the UN GA Resolution 3314 (1974) as "(c) The blockade of the ports or coasts of a State by the armed forces of another State; (d) An attack by the armed forces of a State on the land, sea or air forces, or marine and air fleets of another State."

These are clear forms of aggression, defined in the UN GA Resolution 3314 (1974)

What are Russia's goals in and around the Azov Sea from a political perspective? Can we talk about attempts to annex the Sea of Azov or dominate here?

Politically, a range of different reasons can be named. Control of the Sea of Azov and disrupting work at the Ukrainian ports is one. Dominating the area can also create a perception of danger for the local population.

A second reason Russia has done this is to demonstrate its power to both Ukraine and the international community, especially considering that this happened just before the G20 summit. Another reason is that Russia is attempting to legitimize its presence by annexing territorial waters around the peninsula.

Indirectly, the political context of the past few months – the granting of Tomos (on church autocephaly – UkraineWorld) to the Ukrainian Church, the coming elections, and changes regarding the EU and NATO in the Ukrainian constitutions – also provided reasons for this. I think it would have made better propaganda for Russia if they had allowed the Ukrainian vessels to return back to Odesa; they could have presented this as an act of strength and control over the waters, and as weakness from the Ukrainian Navy. But the way they chose to react instead ruined the whole narrative. 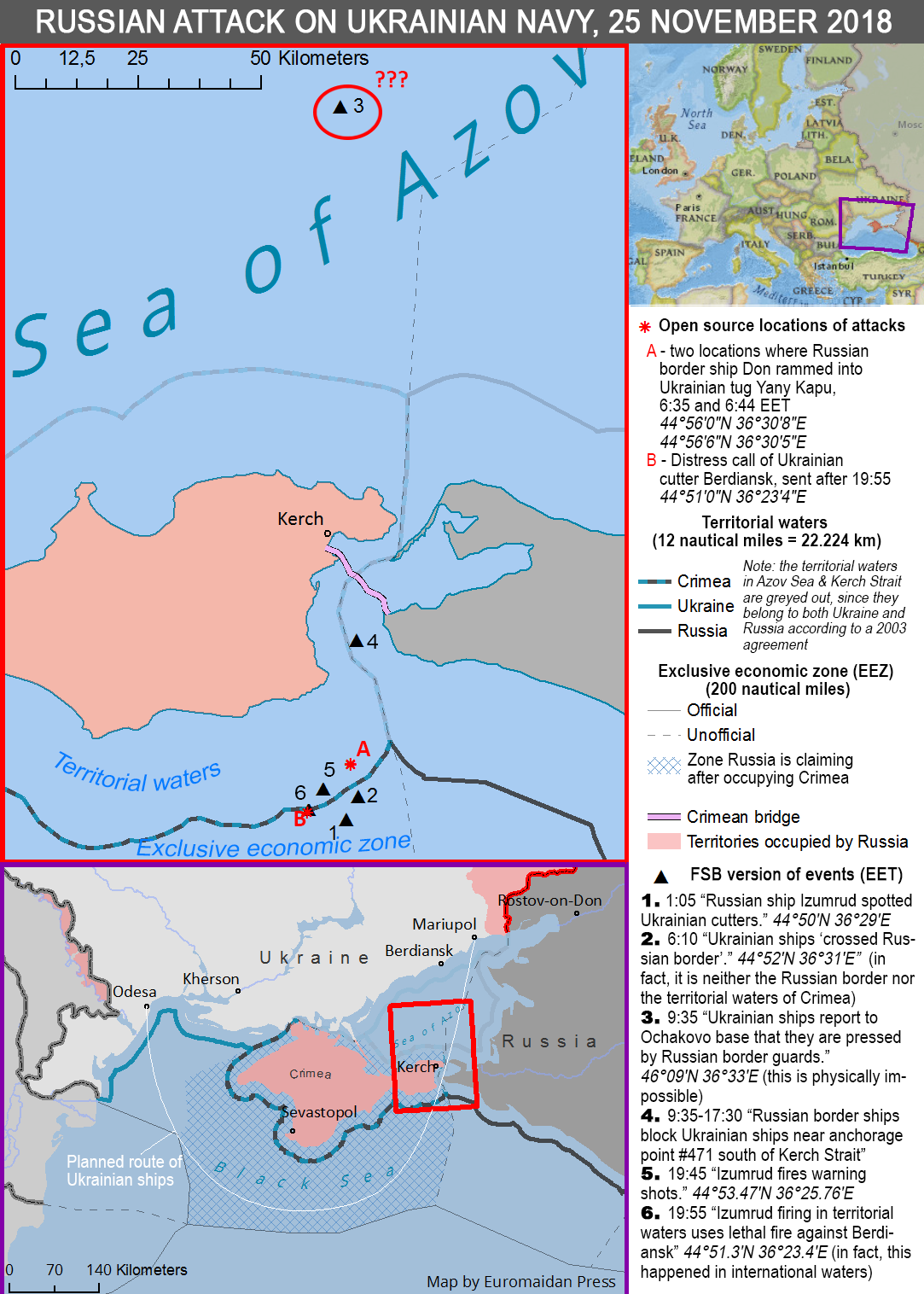 What are Russian goals from a maritime / naval perspective?

From a maritime perspective, the goals are as follows. First, to not allow the Ukrainian Navy to build up its presence in the Azov Sea. The number of checks on commercial ships by the Russians coming from and to Ukrainian ports in Azov has decreased significantly since Ukrainian artillery boats started to accompany them.

The second goal is definitely to assert full control over navigation in the Sea of Azov and the Kerch Strait. It will have a negative impact on both navigation and on commerce in the Ukrainian seaports, since foreign ship-owners will do their best to avoid calling to these ports. It will have a direct negative effect on the socioeconomic situation in these cities.

Russia says this was a "provocation" from Poroshenko. What is your reaction to this statement?

Don't want to be cynical, but what other reaction from Russia's leadership could be expected? Have we ever heard from them any statements accepting responsibility or admitting any mistakes? Not just in Ukraine. Inside Russia, in Syria, in Georgia, in any other situation around the globe. It is a pattern of behavior, despite all of their arguments and pleas of innocence. Quite infantile behavior.

There is much criticism in Ukraine that Ukrainian authorities sacrificed Ukrainian soldiers and sent them into a trap to achieve political goals. What is your take on this?

The Navy Commander made the decision, not Ukrainian political leadership. If it were a special "operation" to provoke Russians, they would not have sent artillery boats together with a tag and few cadets among the crew. For the Navy it was a routine passage. At the end of September, two other vessels did the same route with the same procedures and protocols. Yes, the Russian coast guard and other forces actively monitored and even accompanied the vessels, but that's all. Moreover, the decision was taken to comply with the decision of the National Security and Defense Council of Ukraine No. 320/218 dated October 12, 2018, with the purpose of increasing the presence of the Navy of Ukraine, so it was not a sudden move.

If it were a special "operation" to provoke Russians, the Ukrainians would not have sent artillery boats together with a tag and few cadets among the crew. For the Ukrainian Navy it was a routine passage

Does martial law have a practical purpose on the ground in and around the Azov Sea?

Martial law should be considered for two purposes. One is internal – to consolidate society, to alert the security sector, and to mobilize and check their capacities. It is important in terms of readiness and awareness.

The second purpose is international. Ukraine is sending a signal to our partners that this was not a regular situation - not just another conflict in a contact zone, something that international observers are already used to. To gain maximum attention and support, Ukraine really needed - not only with words but also with deeds - to demonstrate the danger and reality of the Azov incident. I do not consider martial law to be a demonstration of Ukraine's weakness to the international community. Just the opposite: it can demonstrate that the government is not only asking for support but also preparing to react to further provocations.

This was not a regular situation - not just another conflict in a contact zone, something that international observers are already used to

This is also important for other regions besides Mariupol and Berdyansk. Odesa and Chernihiv are losing their early-conflict awareness and risk preparedness because the last two years were quite calm for them. Nevertheless, the threats and challenges have not disappeared. Therefore, martial law can allow them to focus their attention and assess the situation.

What practical things can the international community do to help Ukraine in this situation?

I know that a lot of Westerners are tired of the word "sanctions". However, sanctions are important not only because of their direct effect but also because they send a signal that every violation [of international law] will be punished with the consolidated position of Ukraine's partners. The second thing would be to make Russia comply with the norms of the international law. Sailors are prisoners of war according to the 1949 Geneva Convention.

Sailors are prisoners of war according to the 1949 Geneva Convention

There should be no double-standard interpretation of this fact or of the Convention's norms. Russia is trying to turn every wartime incident into a criminal case; we should not allow Russia to set the rules on this.

Interview taken by Volodymyr Yermolenko, editor in chief of UkraineWorld

This interview was prepared with the financial support of the International Renaissance Foundation.

Can UN blue berets bring peace to eastern Ukraine which continues to suffer from an undeclared war ignited by pro-Russian proxies and supported by Moscow since Spring...
VIDEO
May 8, 2018