Story #29. The Journey in Evacuation Train from Kyiv

July 12, 2022
The story of Nadiia Zviahina from Kyiv, who was evacuated to Poland with her children due to the war. 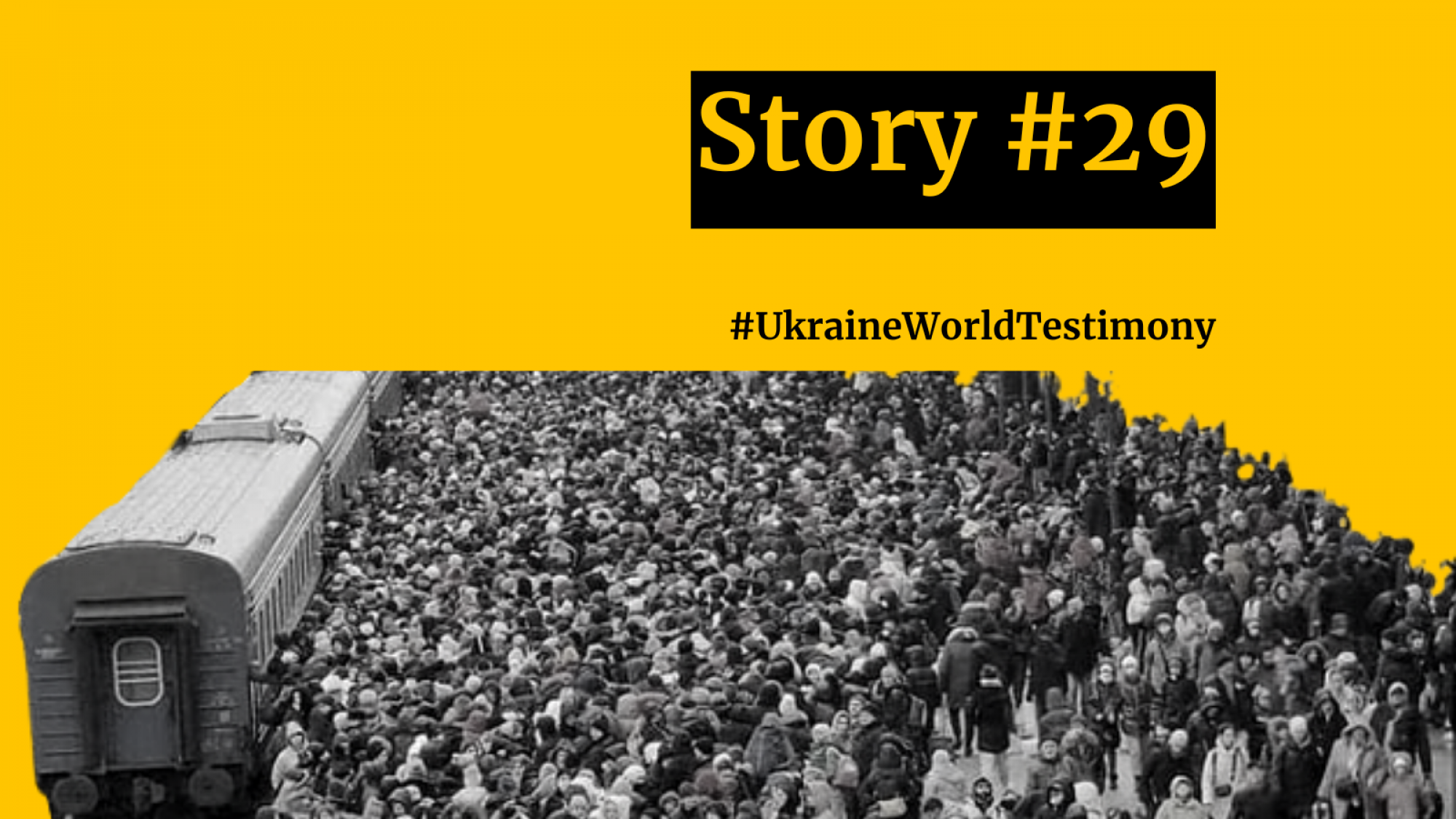 “My two small children and I were passengers on the evacuation train. Terrible, black, cold. But we were lucky: there were so many scared people, but my children had their own shelf (incredible luxury). I was riding on a folding seat and thanked God because my friend and her mother rode on the floor.

Thank you to the moon and back to the girl Mariia (her house was hit by a rocket). She, seeing that I was already at the end of my strength, took care of my children on the way. Kostyk still remembers her and wants to meet.

Children were collected from several compartments, 6-7 of them, and any of the adults who could go to entertain them. Others were sobbing at this time. They cried, wiped off their snot and went to play with the children.

A woman who evacuated with a hamster brought it for the children to pet. The woman who left with the French bulldog also brought him to be petted by the children. It was a contact zoo.

To the poles: how do we repay this debt? First stop, they brought food from some restaurant. Each box has the inscription "Hold on, brothers!". I was very impressed by this. Second stop: a crowd of Poles throw baby food, diapers, wet wipes and toys through the windows.

For some reason, I was especially impressed by a woman with a large package of pads, who generously handed them over. It was so necessary. People with posters, people who just came to wave at us, crying,” she recalls.

Warsaw railway station. A child my daughter's age hands out bags of bananas, candy, yoghurt, and tissues. Volunteers are God's vicars on Earth. The woman boiled the soup and poured it into jars. My children eat warm food for the first time in two days.

Woman Lyuda: "I didn't bring anything, but I've been here for a long time, I know Polish, I'll translate for you, I'll look after the children." Poles are a crazy organization, like an anthill. The policemen entertained the children.

The bus drivers in Toruń let us and the children stay at the depot at night so that we could wait for our journey in warmth and with a toilet. They cried and showed pictures of their children, who were just as young as ours.

We were going to the apartment, and the driver asked: "Is it true that there is another train with 800 people? You don't know? Well, I'll go back to the station and wait anyway. Why? Because I have to."

Now Nadiia and her children have returned home to Kyiv. The woman is very grateful to the Polish people for their sensitivity and kind hearts.

These are the memories of the family that saw the war from their home in Kharkiv and are now in Poltava.
PODCAST
February 26, 2020