Story #29. The Journey in Evacuation Train from Kyiv

July 20, 2022
The story of Anastasia Haydak, who evacuated with her family from Russian-occupied Berdyansk. 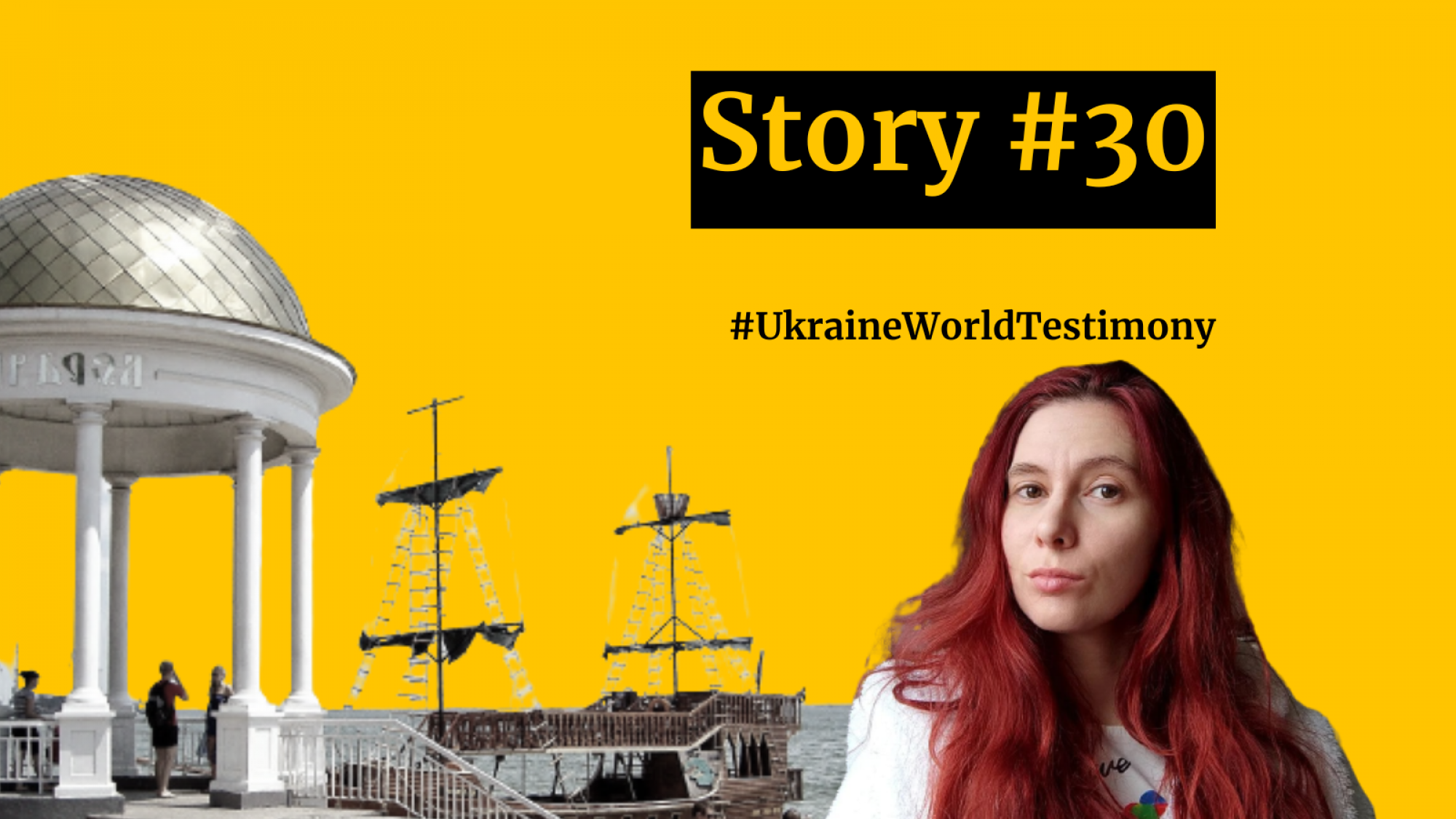 During the first days of the war, Anastasia’a family packed their things and went to her mother's so that they could all be together. Three of them had three animals. Nothing was clear, they were constantly hearing explosions outside the city, and they were following the news nonstop. They could not have even imagined that after 2 days of the war, on February 26, the Russians would enter the city and cut them off from the world. On the 26th, Russians blew up the railway bridge in Vasylivka and bombed the roads, making it impossible for Ukrainians to leave. In early March, all communication was completely cut off. Anastasia and her family felt like they were kidnapped in their own city, in their own home. Z-cars were all over the city, as were armed soldiers.

For the first few days, people bravely went to rallies and tried to fight on their own, but by early March, Russian paddy wagons had been parked in a row near the Berdyansk embankment to stop any rallies. Russian Rosgvardia, in addition to soldiers, began patrolling the city. Then, the occupiers began stealing people from their apartments and from the street. In front of their eyes, a man was dragged from a cafe in the center of Berdyansk and taken away into the unknown. We lived in constant fear, like an endless groundhog day.

Only on April 3 did they manage to leave on the evacuation bus. They travelled more than 14 hours from Berdyansk to Zaporizhzhia (200 km). Anastasia and her family were stopped at every checkpoint and inspected by the Russians.

Russians checked their stuff and searched for tattoos. They mockingly asked if Anastasia’s family was carrying grenades, and who was forcing them to go to Zaporizhzhia. Russians believed that someone was forcing them to go to Ukraine. As Anastasiia and her family drove, they saw an endless line of destroyed houses and burnt cars. The Russians were checking phones - Ukrainians had to delete all messengers and photos so that they would not find anything. Some people's phones were taken away. It was impossible to photograph anything along the way - the Russians were checking. There were sections of the road where it was impossible to get off the bus at all, as there were mines all around.

Today is exactly one month since Anastasia and her family left Berdyansk, and the fear of loud sounds and planes is still with them, as are the nightmares.

They are now 5,000 km from Berdyansk. They have quite deliberately moved away from this horror. But in their minds, it seems, they still have not realized that they are finally free. “Many thanks to those kind people who support us during this period. People are what matters,” she concluded.

How Russia’s war against Ukraine is wrecking the Russian economy

Today Russia has put global food security in grave danger with its unprovoked attack on Ukraine. Ukraine is fighting hard to secure the country’s export of its essential...