Those Whom We Did not Become

September 7, 2022
The story of Margaryta Savytska, who survived the horrors of the war in Sumy and was able to evacuate. 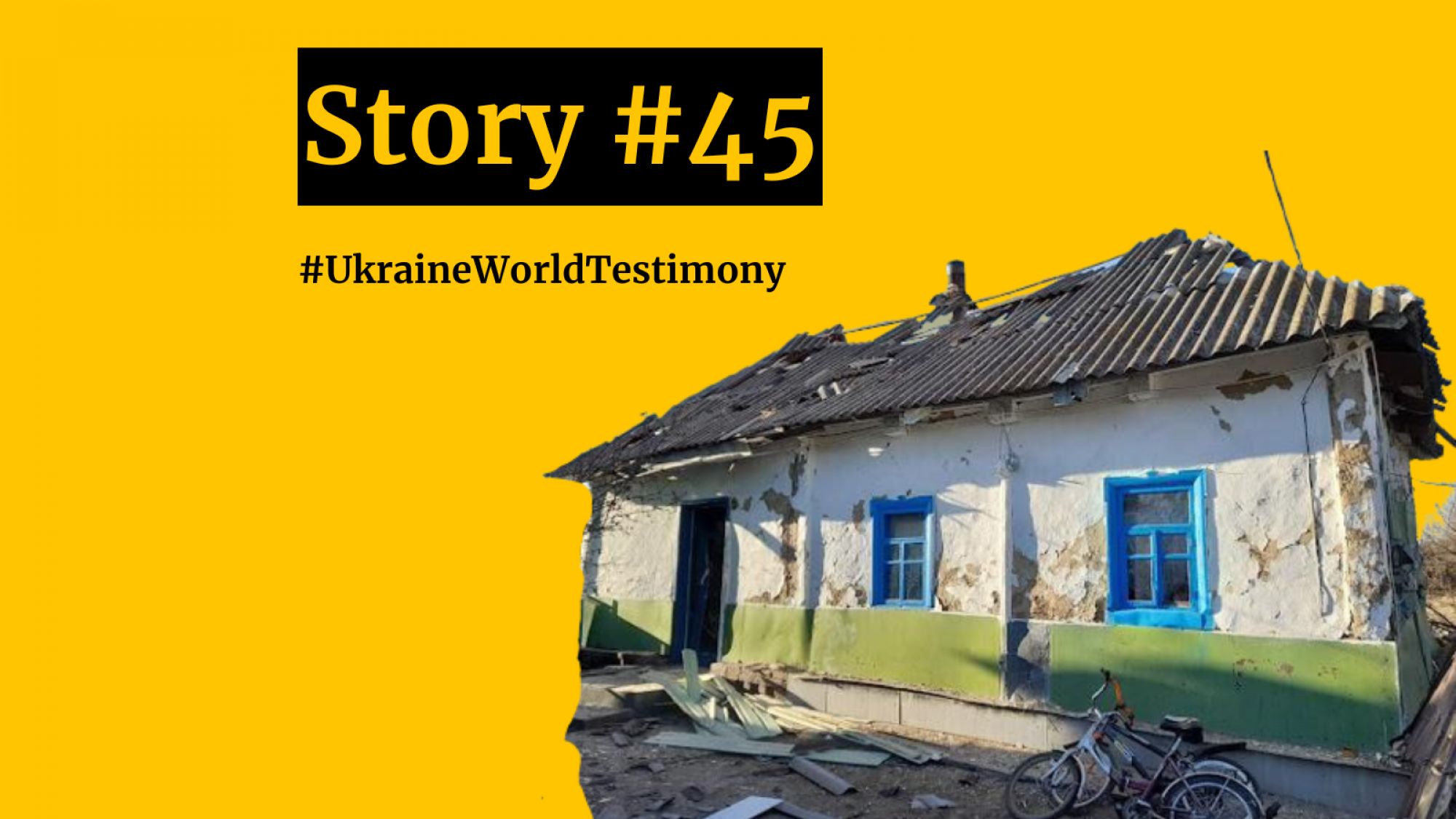 Since Sumy Region is right on the border with Russia, on February 24, enemy troops immediately marched through our region towards Kyiv. At first, I didn't believe that they would touch the civilian population and that it would take a long time.

For the first 2 days of the war, I tried to work remotely. And then scary events started. First, our guys from the territorial defense knocked the enemy out of the city of Sumy, practically without weapons. I lived in a house, and I heard all the sounds of fighting clearly.

Then the Russians demolished houses on a street with a missile strike, and people died. And then I realized that the civilian population was also in the crosshairs. A cold cellar became my second home.

I slept very little and was dressed. I hardly ate anything. I remember very well how I was woken up in the mornings by the explosions. I even heard a shell flying over the house. I said goodbye to life a few times.

When the planes started arriving, our side didn't even have time to sound an alarm. And I was hiding in the basement to the sounds of explosions, fighter jets were flying overhead and I didn't know where they would shoot. I was just praying...

One day, late in the evening, our power substation was fired upon. The lights and mobile network disappeared. And I didn't know if the air raid was over or if my relatives, friends, acquaintances were still alive. Then I came out of the cellar in the morning.

March 7, 2022. Sumy will remember this day for a long time. Around 10 pm I went to bed. In my sleep, I heard a growing rumble, barely managed to run into the corridor and lay down on the floor. Only when it flew by did I realize it was a plane. It was an indescribable relief, because for a moment it seemed to me that a shell was flying into our house.

Somewhere far away, I heard something crash. Half an hour later, I read the news that the Russians had carried out an airstrike, which destroyed many houses and killed 22 people.

On March 8, I called my sister and moved to live with her at the other end of the city in a high-rise building. If I hadn't done that, I would probably have lost my mind. Because I was afraid to even enter my room. All the time, it seemed that a shell could fly right into my house.

I lived with my sister for almost a month. Our city was surrounded, and there was almost no food. The suburbs of Sumy were shelled, a tank with ammonia was hit, and there was big leak. Thank God everything was localized quickly.

During this time, 4 green corridors were organized. Honestly, knowing the Russians, I thought that this would not end well. But, fortunately, everyone who wanted managed to leave. I lived with my sister for almost a month, and we missed all 4 green corridors.

When the region became a little quieter, we decided to leave for Slovakia. We were waiting for a 5th corridor, but it still wouldn't come. Then we found out that our army had pushed back the Russians, and we could leave by ourselves, although it was still a little dangerous.

On the morning of April 3, we left our hometown. I'll be honest, I felt uneasy. My sister was going to her husband, but I was going nowhere. The road was difficult. First, we drove to Poltava by car, it took 8 hours [normally around a 3-hour drive - ed].

Then we decided to go by train. We were lucky to get on the evacuation train. There were absolutely no seats, we sat with other people on suitcases in the aisle. We heard a lot of scary stories there. One had lost their home, one had lost a friend, one had miraculously survived, one had nothing to eat.

On April 4, the train arrived in Lviv. More than half of the people got off. They were on their way to Poland, while some planned to go to other countries. My sister and I stayed in a compartment because we were going to Uzhhorod. Finally we slept normally laying down.

When we went through the Carpathians, I just couldn't stop admiring this beauty. All my life I dreamed of visiting Lviv and the Carpathians. My dream came true, but at what cost... I went, looked and thought that the Russians can destroy cities, kill people, but they will not be able to destroy or take away our land, our mountains, rivers. This was, is, and will be all ours.

Now Margaryta is safe and is temporarily living in Slovakia. She is sincerely grateful to all the volunteers, Ukrainian and Slovak, who helped and supported her and her sister in every possible way during her trip.