Story #5. The Aftermath of Occupation of Bucha/Borodyanka

April 13, 2022
Kyiv region after the Russian occupation. Testimony of a witness taken from a Facebook post by Alyona Zhuk. 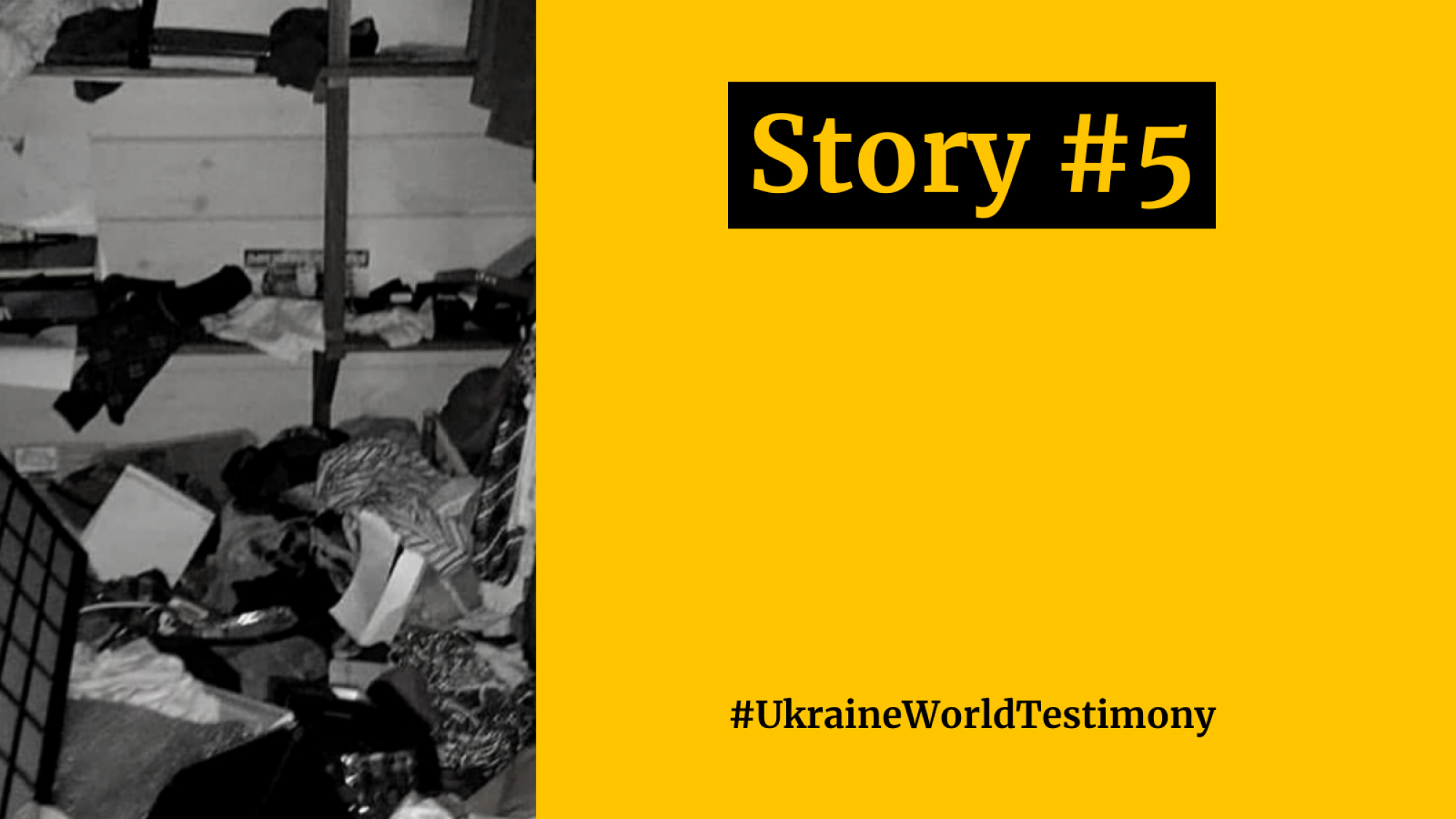 This is her parents' house in a village located between Bucha and Borodyanka. They were lucky to escape from there on March 10. After a month, her dad finally made it home.

Neighbours told him that 5 Russian tanks were parked right in their garden, and many of the Russians were living in their house. The Ukrainian military thought that it was a hub for Chechens from Kadyrov's army. The house remained intact, though the Russians have stolen everything they could carry and destroyed my parent's home, inside and out.

Their tanks smashed plants, trees, and flowers in our garden. They burned books and her daughter's paintings. They trampled over the furniture with their boots on. They nailed a patchwork blanket to a wall with a knife to cover the ruined glass of the terrace doors. They rummaged through all the drawers and wardrobes. Furthermore, they also carved the letter "V" with a knife on a kitchen cabinet.