October 6, 2022
The story about two brothers, who lived in the occupation from February 24 to June. 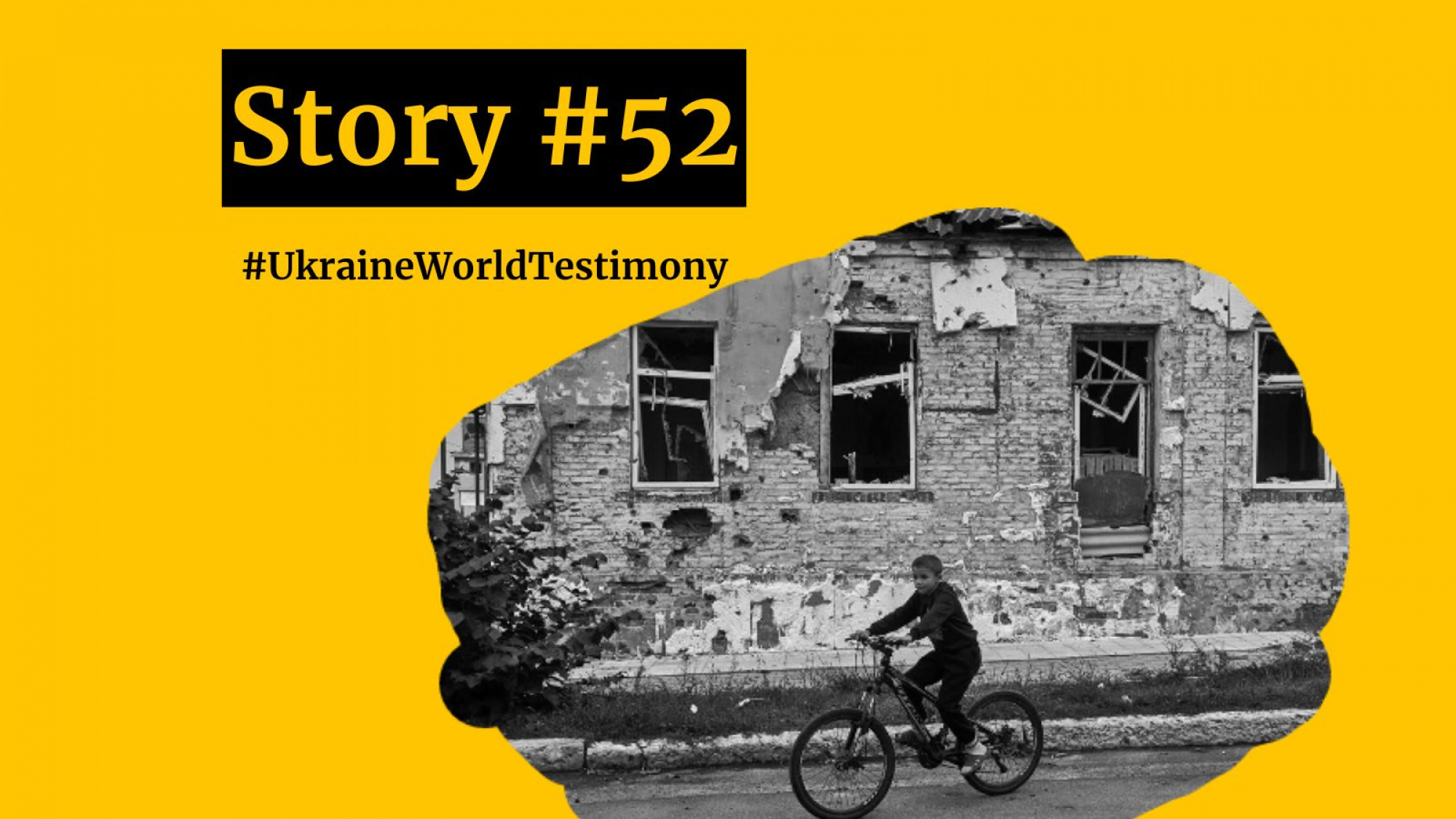 On February 24, 2022, Russian invaders captured the village of Lukyantsi which is 4 kilometers from Russia. Near the village, convoys of Russian military equipment were moving towards Kharkiv. On the morning of February 24, Russians entered Lukyantsi and stayed there until September 2022, when territory of the Kharkiv region was completely liberated by the Armed Forces of Ukraine.

There are destroyed houses and infrastructure. During the occupation, Russian invaders  lived in the houses of local residents, threatened and checked everyone who remained in the village daily.

This story is about two brothers, 56-year-old Bohdan and 71-year-old Yaroslav, who lived in the occupation from February 24 to June.

"Until the last moment I couldn't believe that Russia invaded Ukraine. We live near the Russian border and often used to communicate with the people who already live in Russian villages. But on February 24, everything changed. They did not support the war, but did nothing to stop the Russian military", Bohdan said.

After the invasion of Russians, the electricity and gas went out in the village. People started cooking outside. Everyone  shared the food they had. After two weeks, the store stopped working. Some people managed to leave the occupation for other regions of Ukraine, but most of the village population stayed.

"Russians said that President Volodymyr Zelenskyy fled to another country and now our president is Putin. We knew it wasn't true. We were in information isolation. But we had a power generator, so we turned on the Ukrainian radio every night and listened to the latest news", Yaroslav remembers.

The situation worsened in May, when Russian buses began arriving in the village. People were urged to evacuate to Russia. A lot of people did and ended up in a filtration camp near the city of Belgorod in Russia.

"We did not plan to go to Russia. And we were waiting for the Ukrainian military. But the number of Russian vehicles in the village was increasing. And the Russian military behaved more defiantly. They began to settle in the houses that people left behind when they left the occupation.  Those who publicly declared their support for Ukraine began to disappear," Bohdan said.

Russians had lists of all people living in the village. Ukrainians who supported the Armed Forces or  had relatives who fought in the Ukrainian army were taken out of their villages. Brothers hardly communicated with anyone. Some of their neighbors supported Russia and handed in Ukrainians.

When the Ukrainian military liberated the village of Lukyantsi, they found a torture chamber in a nearby village of Liptsi, where people were abused.

One day, two Russians came to the brothers' home and wanted to enter the house without permission. They started talking. One of the Russians pushed Bohdan, and his brother Yaroslav wanted to push the Russian and stand up for his brother. Then the soldier started threatening with a machine gun and wanted to shoot Yaroslav.

Russian soldiers interrogated Ukrainians in Belgorod. If they didn't like something, people were sent to a permanent filtration camp. Yaroslav and Bohdan knew a Ukrainian woman who lived in the Russian city of Kursk. They made up a story that they were going to her.

"From Belgorod we would go to Moscow, and from Moscow to Brest (Republic of Belarus). We were afraid in Moscow, because Russians thoroughly checked everyone, and many Ukrainians did not pass the check. People were not released from Russia. We do not know what happened to them later," Bohdan said.

"In fact, if we had not been let through, we would not have lived in Russia. Death is better than life there", Yaroslaw added.

Ukrainians went to Belarus by train and had to ride in the same car with Russian soldiers for more than a day. Soldiers did not know that they were Ukrainians. The brothers and other ukrainians were silent. And soldiers talked about the war, that Russia would take over most of Ukraine and they would win.

Brothers traveled from Belarus to Ukraine without any obstacles. But after that, Ukraine completely closed the border due to the threat of an attack from the territory of Belarus. Brothers are now living with their sister in the Ternopil region.

In September 2022, the Armed Forces of Ukraine liberated Kharkiv Oblast. When Russian soldiers fled from the defeat, they left their equipment and all their belongings behind. When they lived in the houses of people who had left the occupation, soldiers destroyed everything, stole various things and left chaos behind. The house of Bohdan and Yaroslav was almost unscathed. Only the windows were blown out. They want to return home, but at the moment it is dangerous and almost impossible.

The Ukrainian military and the State Emergency Service are evacuating people from Lukyantsi and other border villages.

Shelling from Russian territory and attempts by Russians to attack Ukraine through the village may continue. Some people still remain in Lukyantsi. They buy gas cylinders, repair houses damaged by the Russians and plan to stay there for a winter.

Story #53. Life Under the Sounds of Shelling

While inclusion is still a wishful thinking in Ukraine, some companies are trying to change the situation by putting the idea of socially responsible business in...