April 1, 2022
Today we launch our project #UkraineWorldTestimony. We will publish stories of Ukrainians, who suffered and were ready to share their personal war experience. 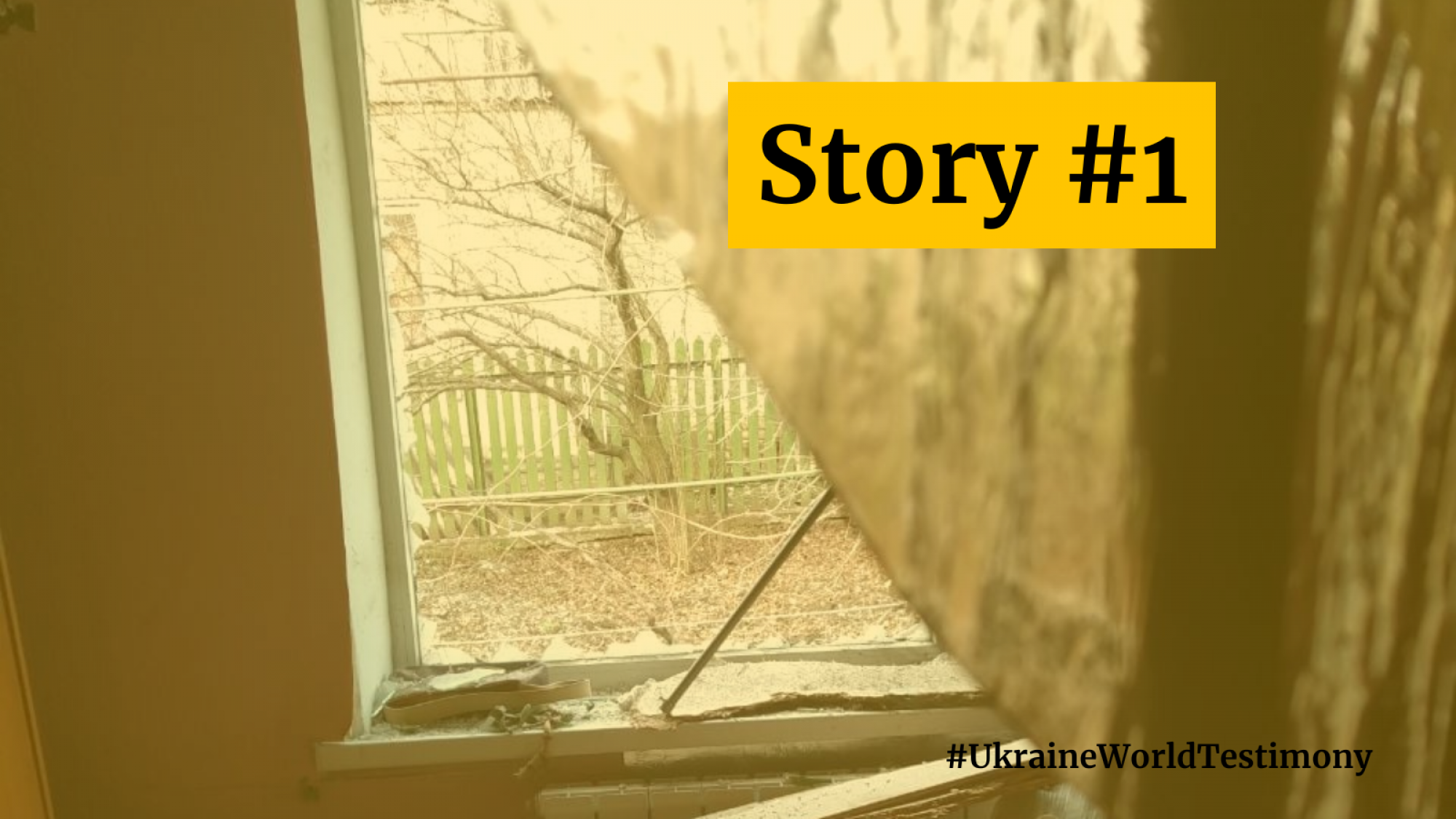 The first is a story of how one family survived in Mariupol and managed to leave the city. Read the story of Iryna Gusak below.

Initially, the explosions were only heard from far away. Starting on March 3rd the nightmare began. The family spent all their time sitting in the basement of their house. Everything around them seemed to be shaking every 10-15 min and over time they learnt to recognise the direction in which the rockets were coming.

Nighttime shelling was very powerful - often they heard the roar of planes dropping powerful bombs on Mariupol. One time when the night was dark - only the neighbours’ house and Azovstal, which had been on fire for almost 3 days, lit up the city. Constant explosions, the crash of metal, the sound of broken glass, the whistling of mines, the hail of rockets, the crash of planes.

The night of March 6 was approaching. At this point, the family was tired of the shelling, not scared, just exhausted. Her husband had a fever, and the girls (her daughter invited two of her friends to stay with them) were suffering from deep coughs. After midnight Russians fired very powerful rockets. They understood that the Ukrainian troops had retreated, the enemy was very close. Everyone was tired. They decided to stay at home... despite the heavy shelling. They were lying on a mattress on the floor in the safest room. However, their house was damaged.

The family finally decided to leave when they heard about the green corridor on the radio. At that point the house was half destroyed. Only memories left and old photos.

As shelling continued they figured out that they had about 20 minutes in between the strikes to gather necessities and get on the road. Iryna wanted to see her mother for the last time before leaving the city. Her mother refused to leave insisting that the occupiers need to go to where they came from, as she was on her own land.

Story #48. Child Birth During the War

The story of Kateryna Kondratiuk, who gave birth to a son during the war. #UkraineWorldTestimony
VIDEO
May 23, 2018