Unexpected Ukraine: For People Who Don't Like Standard Guides

December 13, 2018
It's widely known that one of the world's most famous Christmas songs - The Carol of the Bells – was based on the Ukrainian song Shchedryk, written in 1916 by composer Mykola Leontovich, which was in turn based on the melody and lyrics of a pre-Christian folk song. From Metallica to Jessica Simpson, Carol of the Bells is in the catalogue of a whole range of popular singers and choirs, even though originally it was sung by young girls going from house to house in Ukrainian villageson New Years Eve wishing good fortune in the upcoming year. 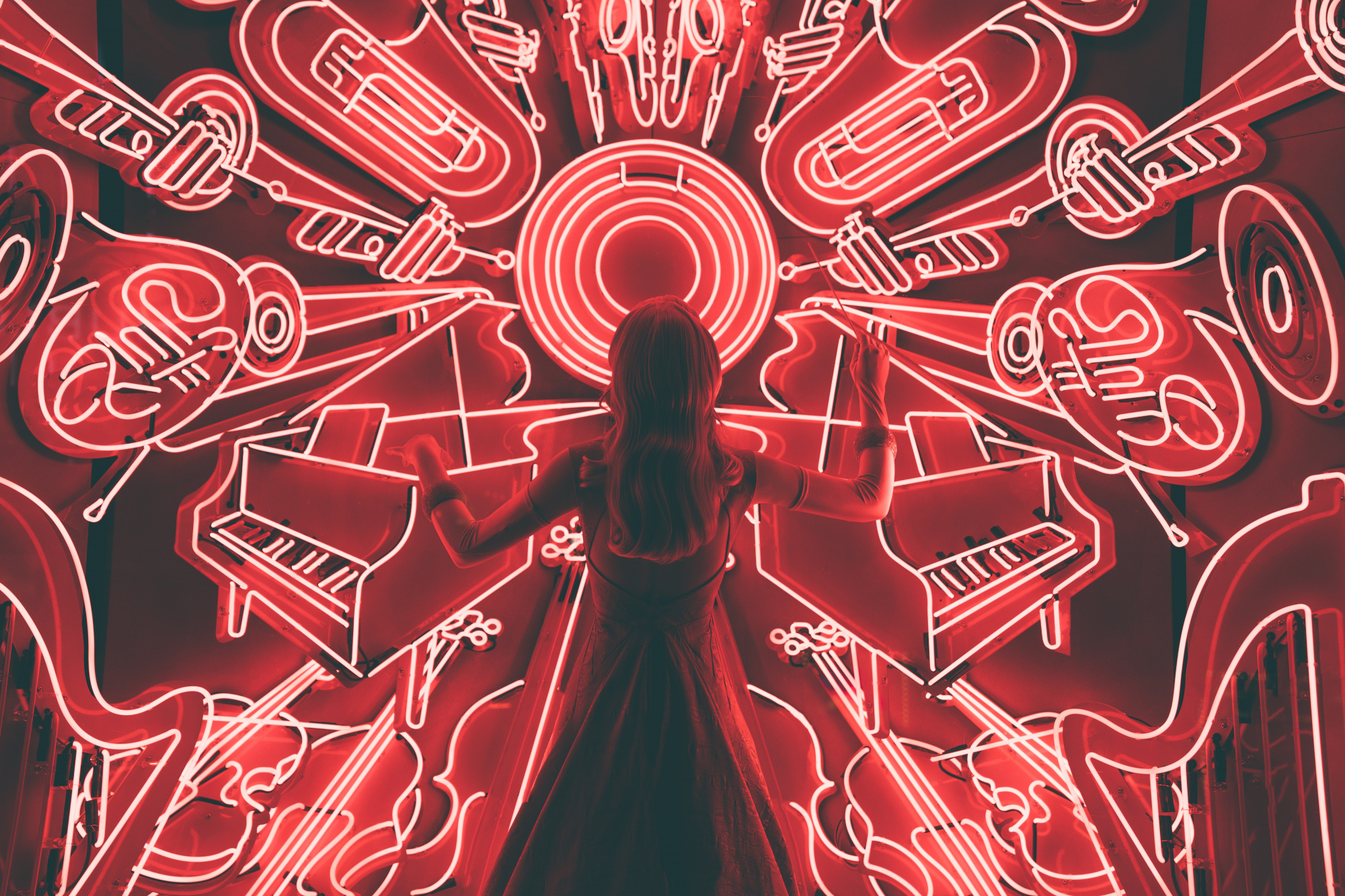 But this is just one melody – and Ukrainian singers, songwriters, and composers have made many more contributed to world music. Here are the most interesting facts about Ukrainian music.

Music is math, and both are universal languages. What seems to be just a beautiful sound is actually a complicated formula. Ukrainian folk melodies and singing are unique in their formula, like a fingerprint. According to numerous ethnographic studies (most notable those of Polish scientist Oscar Kolberg in the 19th century), Ukrainian music has a melodic expression not found in the neighboring countries and generally uncommon in Western Europe. Without going into too much detail, a complex use of minor modes and recitative style gives a unique drama to Ukrainian ritual songs known as Hayivky and Vesnianky.

During the Soviet era, Ukrainian folk music was censored. But since it was disconnected from urban culture, it continued to develop in the villages and thus retained its authenticity. And it didn't just survive – it thrived in an underground world of classical music, opera, jazz, rock. One of the most interesting modern recording projects ispolyphonyproject.com , an online library of songs and melodies gathered by an international group of scientists. Many modern music projects are heavily influenced by folk culture, among them: Khorea Kozatska, Folknery, The Doox, Perkalaba and Hych Orchestra.

This unique vocal technique was developed in rural Ukraine and is a part of the strong Eastern European tradition of open throat ritual singing. An old name for this performance is Holosinnia, a ritual wailing performed by women. Such singing is depicted in Sergei Parajanov's 1964 film Shadows of Forgotten Ancestors. One of the most influential contemporary white voice singers from Ukraine who has a world-wide recognition is Mariana Sadovska. Lviv-born, she performed on the best stages around the world and holds numerous awards, The New York Times called her singing "a pure vitality".

It is choral singing that formed Ukraine's national music style. According to the Yuri Chekan, Lecturer at the Tchaikovsky National Academy of Music, professional performers were already at work by the end of the tenth century. Back in the time of the Kyiv Rus, they emerged with the introduction of the Christian Church, extending the Gregorian chant tradition and singing the oldest hymns of Byzantium and Rome. But Ukrainian choral art transformed significantly over the years into the Old Kyivan znamennyi chant, passing directly from medieval to Baroque style, unlike West European culture.

The Baroque period was extremely fruitful for Ukrainian music.

Among the most famous composers of that time was Mykola Dyletsky of Kyiv. He not only composed polychoral concertos, but was also a theorist: he was the author of the first theoretical music treatise in Eastern Europe, entitled Musical Grammar.

One of the most dramatic music stories is not widely known outside Ukraine, yet it was the ethnocide musicians - kobzars, blind traveling minstrels in Ukraine, in the 1930s, as a part of Joseph Stalin genocide in Ukraine. Almost all of the kobzars were killed and even musical instruments, which they were using, were prohibited. Since the 90s the tradition of kobza performances is getting back and is especially popular among Ukrainian diaspora. The 2013 feature film The Guide by Oles Sanin depicts some of the dramatic events which resulted in the extinction of kobzars.

Ukrainian culture has been just as influential to classical music as its artists.

Modern Ukrainian rock music bands and singers often become popular abroad even before winning fame at home. Right now, several Ukrainian bands are rocking stages around the world. Stoned Jesus went on a European tour for the first time in 2012, and since then they played in almost 20 countries; in 2016 they performed at the Hellfest festival, along with Rammstein and Black Sabbath. Metalcore band Jinjer from Donetsk region recently finished their European tour, playing on the same stages as Nazareth and Arch Enemy. Recently Jinjer announced a tour to South Africa. Both bands are represented by acclaimed Austrian recording label Napalm Records. Another group, DakhaBrakha , had music in the third season of the series Fargo, and in the background of promotional videos for David Beckham, among many other other appearances.

In the long list of Ukrainian musicians representing the electronic and underground genre, Zavoloka - the stage name of Kateryna Zavoloka – is perhaps the most interesting. She is a sound artist and graphic designer from Kyiv, now based in Vienna. Zavoloka performed at many different international music festivals in France, USA, Italy, Germany, Netherlands, etc. Another band, much more popular in Europe than in Ukraine - Gamardah Fungus , based in Dnipro and represented by London-based label Flaming Pines.

Ukrainian artists have also conquered operas around the world. Great singers of the past include Andrij Dobriansky, a principal artist of the Metropolitan Opera in New York for 30 years, and Solomiya Krushelnytska , a La Scala star and one of the greatest opera singers of the 20th century. Today among Ukraine's most notable singers: Andriy Bondarenko, who in 2009, after winning several prizes in Ukraine, performed at the Salzburg Festiva. Later he represented Ukraine at the BBC Cardiff Singer of the World and made it to the competition's final round. In 2017 he debuted at Carnegie Hall, and the Royal Opera House, Covent Garden. Oksana Dyka is another talented opera singer - a year before graduating from Kyiv Conservatory she won the 2003 Marseilles International Opera Competition. Since then she has performed on the world's most prominent stages. In 2014 Oksana debuted at the Metropolitan Opera, and just recently she appeared at the Turandot opera in Madrid, and she will play several roles this season at The Teatro la Fence in Venice.

Of all non-pop genres of music, jazz is probably the most popular in Ukraine. A large number of local bands and festivals in Ukraine - including international festivals - demonstrate not only interest but also the nation's talent. One of the most famous Ukrainian jazz musicians is Dmytro Alexandrov; he started with a legendary Kharkiv group Skhid-Side, and over his long career he played with some of the most talented jazz musicians in the world, like Randy Brecker and Mark Soskin. Another Kharkiv-born musician - Konstantin Ionenko - released two debut albums in 2014, both highly praised by various worldwide jazz critics, including New York Jazz Record magazine.

Ukraine as a Big Frontier, as a Borderland – why this metaphor is important and why it is dangerous. Brief reflection by UkraineWorld chief editor Volodymyr Yermolenko.
PODCAST
February 20, 2019