December 6, 2017
Ukraine celebrates national armed forces day on December 6th honoring its military. This is an occasion to look into some interesting facts about the Ukrainian Army. In particular, into its evolution from one of the biggest armies in the world to total abolition of conscription and then a phoenix-like resurrection with volunteer troops, and from everyone’s disdain to a national pride. 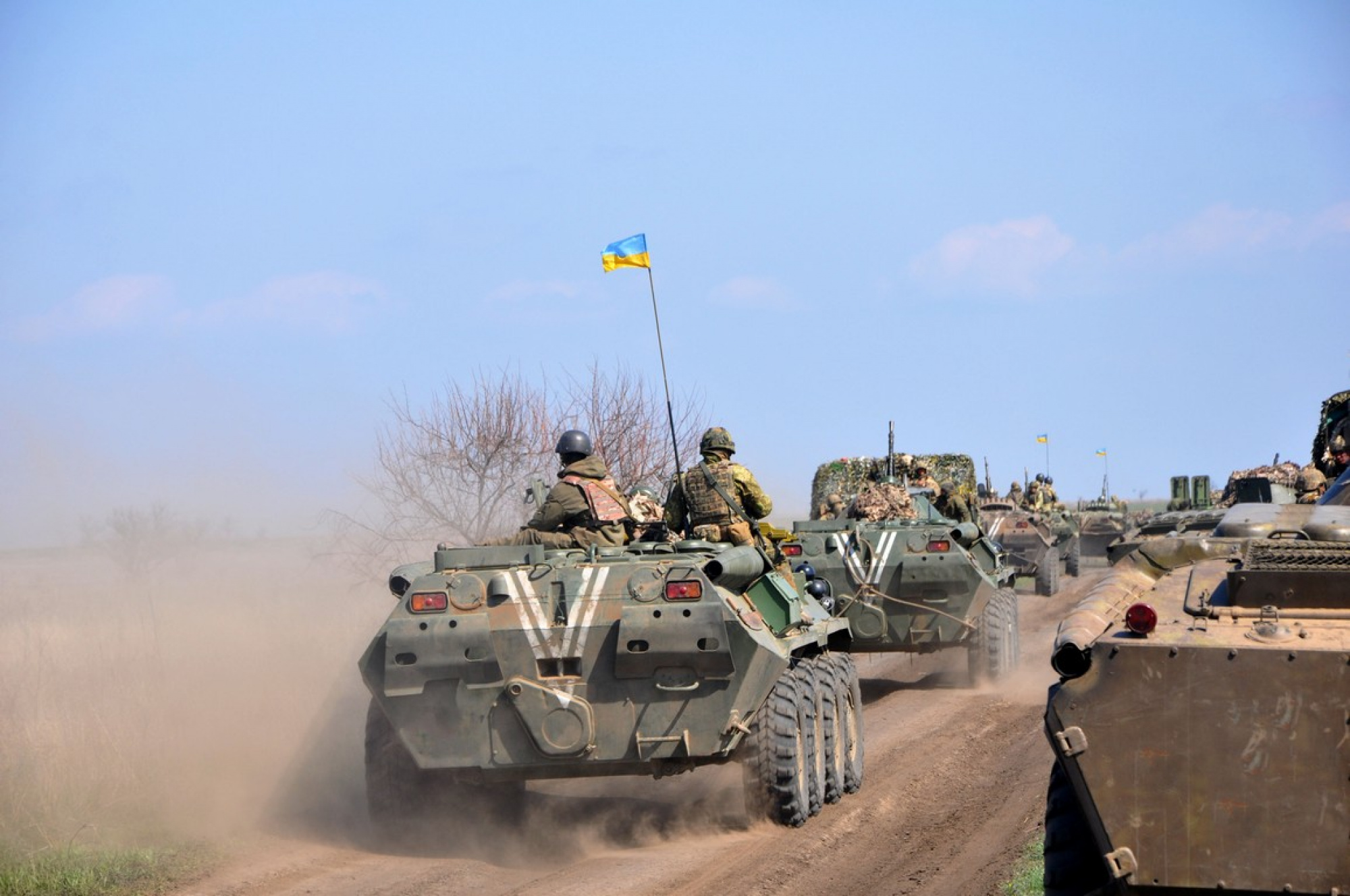 25 years ago the Ukrainian Army was rated the third among the strongest armies in the world. But the million-strong armed forces were unnecessary (and way too expensive) for the young state, which had chosen the path of democratic values. Moreover, the collapse of the Soviet Union raised concern in both Eastern and Western powers over the military future of post-Soviet republics, primarily Ukraine. Ukraine had to pay a big price for these concerns: –it went down the path of disarmament, surrender of its nuclear weapons (in exchange for the Budapest Memorandum, which provided no genuine security guarantees, as recent events have shown) and Ukraine's non- membership of any military bloc.

Since 1991 there have been at least three attempts to create a professional army, each of which ended with a delay or termination in implementation due to lack of funding. As the level of trust and the status of servicemen went on a downward spiral, young Ukrainians began to avoid military conscription en masse, which became a threatening national trend by 2013. In October 2013 the then President of Ukraine, Viktor Yanukovych, completely canceled conscription from 2014, in accordance with the State Program on reform of the Armed Forces until 2017, which was presented as another attempt to create a contract army. Actually, with this decision the regular army was abolished.

Since the start of Russian military aggression in Ukraine in 2014, there have been six waves of partial mobilization in Ukraine. It is interesting that during 2014 in voting in Parliament to approve each mobilization, representatives of the former Party of Regions, the party of Ukraine's ousted president Victor Yanukovych, gave few votes to support them, avoiding voting or not being present at the sessions at all.

The spontaneous recovery and maintenance of the Ukrainian Army is, to a large extent, the merit of the large-scale volunteer movement. In May 2015, the founder of the People's Project platform, Coordinator of the Volunteer Council at the Ministry of Defense, David Arakhamia, said that 14,500 volunteers and more than 2,500 organizations have been helping the army on a constant basis. At the beginning of December 2014, when the war in Eastern Ukraine was at its height, GfK Ukraine conducted a study on the state of the volunteer movement in Ukraine. The results showed that 62% of Ukrainians recognize the role of volunteers in last year's political changes, with 85% believing that volunteering helps to strengthen peace. According to Vitalii Deineha, head of the volunteer group Come Back Alive, volunteers raised more than one hundred million hryvnias for the needs of the military over the course of two years of the war (as of April 2016). Fundraising through the SMS-service 565, which lasted until October 2015 (a message sent to this number cost UAH 5), raised UAH 38.8 million (some USD 1.5 million) for the Ministry of Defense. And the war tax (1.5%), which has been collected from wages and salaries since August 2014, has so far amounted to almost UAH 14 billion (about USD 600 millon).

In 2008 the Armed Forces of Ukraine received the lowest level of state budget financing since 1991 – approximately 0.91% of GDP. In 2015, the provisions of the National Security Strategy of Ukraine and the Military Doctrine of Ukraine guarantee at least 5% of GDP for financing the country's security and defense sector, including at least 3% of GDP for defense.

Since the outbreak of hostilities following armed separatist movements in Eastern Ukraine and Russian military support for them, around 100,000 volunteers had joined the ranks of the Armed Forces of Ukraine , as of March 2017. This has had a significant influence on the composition of the troops and the attitude of civilians. Serving in the army has become an honor, and in a short space of time, the ordinary serviceman has become a hero of Ukrainian society.

The main document describing the current reform, "The National Security Strategy of Ukraine" states that the key goal of the Ukrainian Army is to attain full compatibility of the security and defense sectors with the relevant structures of NATO member states and ensure NATO membership in the future. The top priority of Ukrainian foreign policy is, according to the document, strategic partnership with the USA as a guarantor of international security in the Euro-Atlantic area.

Since the beginning of hostilities in the East, at least 2,333 servicemen have been killed (these are official figures; the real ones may be much higher). More than 1.4 million have been forced to abandon their homes and leave the war zone in the Donetsk and Luhansk Regions, and about 20,000 from Crimea and Sevastopol, which were annexed by Russia.

At the beginning of 2017, a record number of military contractors were registered in Ukraine – more than 70,000 people. Numbers for the regular military have swelled to 250,000 people. According to the international rating Global Firepower-2016, Ukraine ranked 30th in the world and 8th in Europe in terms of military power. According to this rating, Russia ranks 2nd in the world.

Today, Ukraine can independently supply 40% of the needs of the Ukrainian Army, while before 2015 this figure was 8-12%. However, State Concern UkrOboronProm, created in 2010 to manage enterprises of the military-industrial complex, finds itself under constant criticism for alleged corruption. The State Committee for Financial Supervision has twice carried out audits of UkrOboronProm during 2014-2015 and revealed financial irregularities and ineffective spending of resources for a total amount of more than UAH 500 million. The future of the state concern was also discussed during the Lviv Security Forum, which opened on November 30, 2017. Experts say there is a need to change the situation with monopolization of the arms market established by UkrOboronProm and to attract foreign investors. "But you cannot do this as long as there is this astronomical level of corruption in this sector. It's time to get rid of UkrOboronProm," said the former U.S. deputy assistant Secretary of Defense and senior fellow with the Atlantic Council think tank Michael Carpenter during the Lviv Security Forum.

These are the memories of the family that saw the war from their home in Kharkiv and are now in Poltava.
PODCAST
January 14, 2018