November 24, 2017
Since 1998, the fourth Saturday of November has been commemorated in Ukraine as the day honouring the memory for victims of Holodomors, i.e. numerous attempts by the Soviet regime to kill Ukrainian peasants en masse by starvation. Of all the starvations of 1920s, 1930s and 1940s, that of the Great Famine of 1932-1933 remains the most horrifying and tragic. Here are a few things to help you to understand this tragedy. 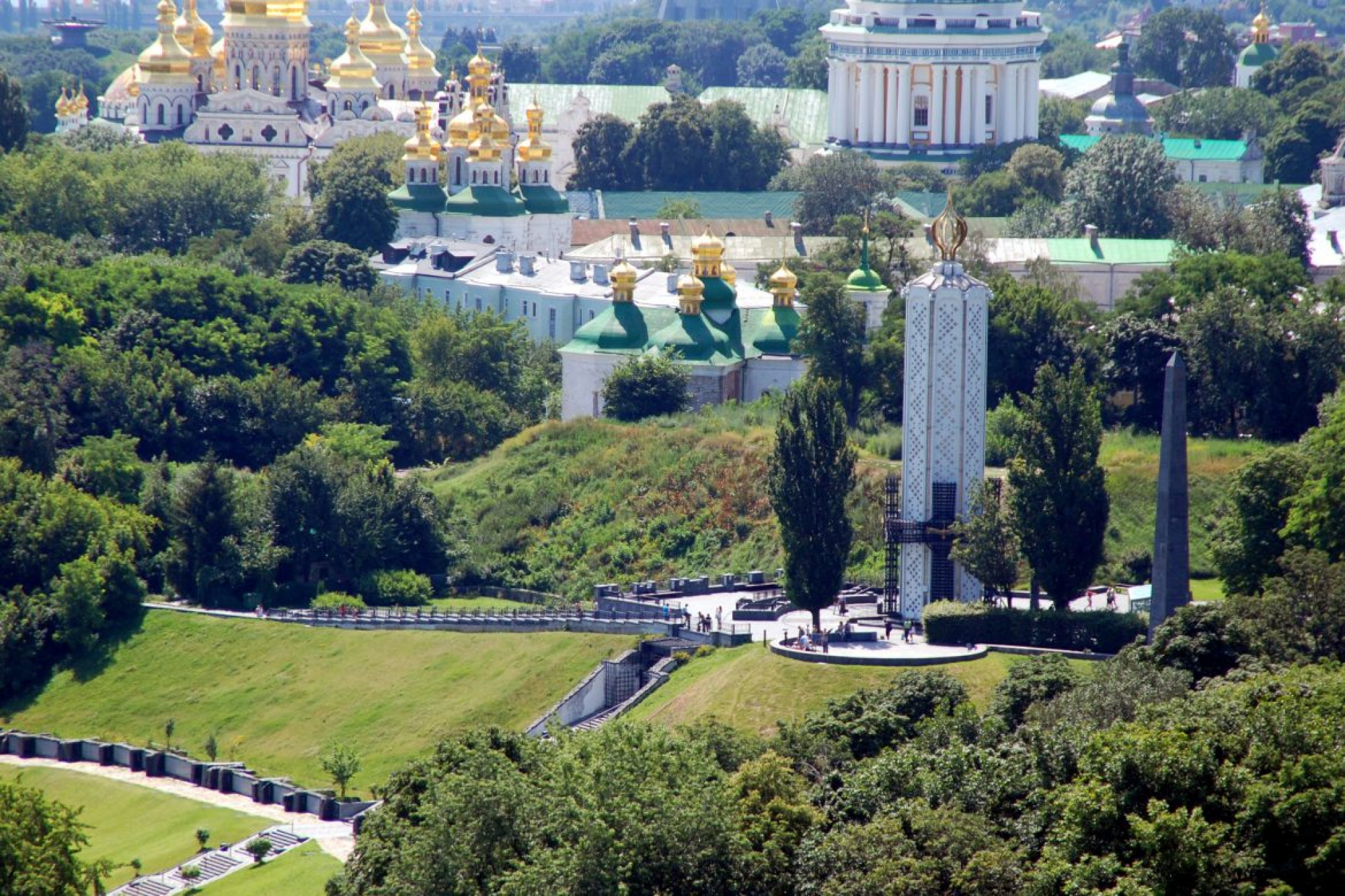 What is the Holodomor? The Holodomor is a Ukrainian word meaning "death by starvation" or "killing by starvation", from holod (famine, starvation) and mor (mass death, epidemics). It is used to define a number of policies aimed at killing huge numbers of people, in particular the Great Famine of 1932-1933, which targeted peasants in various parts of the Soviet Union, but most drastically in Ukraine.

Number of victims. There is a continuing debate among historians as to the number of victims who perished during the Holodomor. Today, historians mostly mention about 4 million Ukrainian victims (i.e. about one fifth of 25 million Ukrainian peasants at that time). However, this figure is not a final one and it subject to review in the future; moreover, some studies also take into account the "demographic echo" (The Holodomor's more general influence on child birth and demography), which can result in higher figures.

Was the Holodomor a Genocide? Raphael Lemkin, the inventor of the concept "genocide", which he first applied to describe the Nazi Holocaust, considered the starvation of Ukrainian peasants as an act of genocide. In his article "Soviet Genocide in the Ukraine" (1953) he speaks about "the destruction of the Ukrainian nation" as the "the classic example of Soviet genocide", with its "familiar tools of mass murder, deportation and forced labour, exile and starvation". The inventor of the "genocide" concept, therefore, believed that the Holodomor _was _a genocide. Even though it is more difficult to get the Holodomor recognized as a genocide in legal terms in accordance with the definitions of the United Nations Genocide Convention, the convention's wording (specifically defining genocide as "acts committed with intent to destroy, in whole or in part, a national, ethnical, racial or religious group") can still be applied to the Holodomor too. However, the Convention's wording, influenced by Soviet pressure, does not include the non-national or non-religious (for example, class-linked) aspects of mass killings present in the Holodomor's tragedy.

Famine as a policy. The Great Famine of 1932-1933 was not only starvation of a massive number of people; it was also a conscious policy by the communist party aimed at exterminating millions of people. The following were elements of this policy: grain and other food was confiscated from peasants; peasants were even deprived of seed grain; villages were encircled in order not to let people flee the famine; peasants were not able to receive internal identity passports which would enable them to travel around the country; the borders of the Ukrainian SSR were controlled and blocked, not to let peasants escape to other republics; so-called "black boards" were distributed among local party committees to designate villages or even districts that should be physically blocked and led to starvation.

Famine as part of wider repressions. Famine was the most tragic but not the only instrument used against Ukrainians by Stalin's regime. The Ukrainian intelligentsia was largely exterminated in the 1930s (the concept of "Executed Renaissance" emerged in 1950s thanks to Polish intellectual Jerzy Gedroyc and Ukrainian writer and literary critic Yuriy Lavrinenko, to define hundreds of Ukrainian artists who were executed before or during the political repressions of the Great Terror in the 1930s). Hundreds of thousands of Ukrainians were arrested, sent to camps or deported. From late 1920s onwards, the Soviet prosecution machine fabricated numerous cases against Ukrainian "counter-revolutionary forces" (the trial against "The Union for the Liberation of Ukraine" (SVU) in 1930 was among the most notorious). Later, the communist party line aimed at developing a "soviet people" encompassed the gradual marginalization of the Ukrainian language, which linguists have called a "linguocide".

Famine as experience. Over the past decades Ukrainian historians collected numerous testimonies from people who survived the Holodomor. From these testimonies we know, for example, that party brigades came to homes and confiscated all the food, including grain or bread that peasants hid on garrets, in hearths or yards; when food was nowhere to be found, people cooked soups from a couple of beans or crepes from nettle; they ate toads, hedgehogs, mice, cats and dogs, sparrows and dead horses. Those who "stole" spikelets from the field were facing arrest, as were those who tried to help people who were starving. Many died outside their houses and the bodies laid on the ground for days, with no one able to bury them; brigades went around villages to collect dead bodies and throw them into common graves; sometimes the living were mistaken for the dead and buried alive, in some cases they succeeded in escaping; stories of cannibalism were also widespread, as were stories of madness; some peasants succeeded in traveling to cities but many died there; people had a chance of survival only if they cooperated with their repressors or if they worked for state institutions (at factories, schools or railways).

Two Holodomors. Some historians, including Andrea Graziosi and Anne Applebaum, suggest that there were two different famines in 1932-1933. One, in 1932, was targeted against Soviet peasants in general, including Ukrainian peasants, and whose nature was focused on social class. The other one, in 1933, was targeted specifically at Ukrainian peasants, and had a national focus.

Ideology behind the Holodomor. Bolshevik ideology was remarkably anti-universalistic. From Lenin to Stalin, Bolsheviks did not believe in the idea of "humanity" in general, or in the idea that every human being has inalienable rights and freedoms. They believed, in contrast, that throughout history there has been "progressive" and "regressive" groups of people (which they called "classes"), and that only "progressive" classes should have their genuine rights and freedoms, at the expense of "regressive" groups. Individual peasants were considered as "remnants of the bourgeoisie" and, therefore, had no place in the future Soviet society. This attitude is reflected in Stalin's speech, "Results of the first 5-year plan", in January 1933, at the peak of Holodomor, in which he used Gorky's concept of "former people" (byvshie liudi) to define individual peasants, "kulaks", former capitalists, party opposition, etc. All of them, he believed, should be exterminated, as the more invisible they are, the more dangerous they become. The pejorative Stalinist concept of "former people" is remarkably similar to Nazi "underpeople" (Untermenschen), but with an important difference: while the Nazi's concept was focused on biology, the Stalinist concept was focused on history.

Holodomor as memory. The Holodomor has become the key "memory topos" in Ukraine over the past decades. Its commemoration on the fourth Saturday of November has become more visible than many other commemorative day, including the World War II memory day. This can be seen as a sign that the Ukrainian historical memory has been shifting from a "winner's narrative" (still present in Russia and Russian-controlled territories) to a "victim's narrative". It has certainly become more humanistic (the victim's narrative is noted by the idea that every human life counts and cannot be sacrificed for any "bigger goal"). Its danger, however, lies in the construction of a victimized national memory in Ukraine, which possesses the danger of closing its eyes to historical situations when Ukrainians were not victims but perpetrators.

Where to learn more. There are a number of books available in English about the Holodomor: the pioneering The Harvest of Sorrow by Robert Conquest; chapters on the Holodomor in Bloodlands by Timothy Snyder; Red Famine. Stalin's War on Ukraine by Anne Applebaum; articles by Andrea Graziosi like this one and many others, works by James Mace and others. Scholarship on the Holodomor in the Ukrainian language are already vast and growing, including works by Stanislav Kulchytskyi, Yuriy Mytsyk, Hennadiy Yefimenko, Yuri Shapoval, Vasyl Marochko, Olha Movchan and many others, as well as books collecting oral history testimonies, like the 10-volume Ukrainskyi Holocaust and others.

Volodymyr Yermolenko
for UkraineWorld
Next article

Here is the list of free video resources in English that can raise your understanding of Ukraine.
PODCAST
December 9, 2021