January 16, 2018
Exactly 4 years ago, on 16 January 2014, amid the Euromaidan protests, Ukraine’s Verkhovna Rada attempted to adopt legislation which would legalise the dictatorship of then president Viktor Yanukovych. Ten laws were adopted by raising hands, as the electronic voting system of the Rada could not function. Furthermore, their texts were made public only after they had been adopted. In unison, these pieces of legislation were a massive attack on democratic freedoms and human rights in the country. 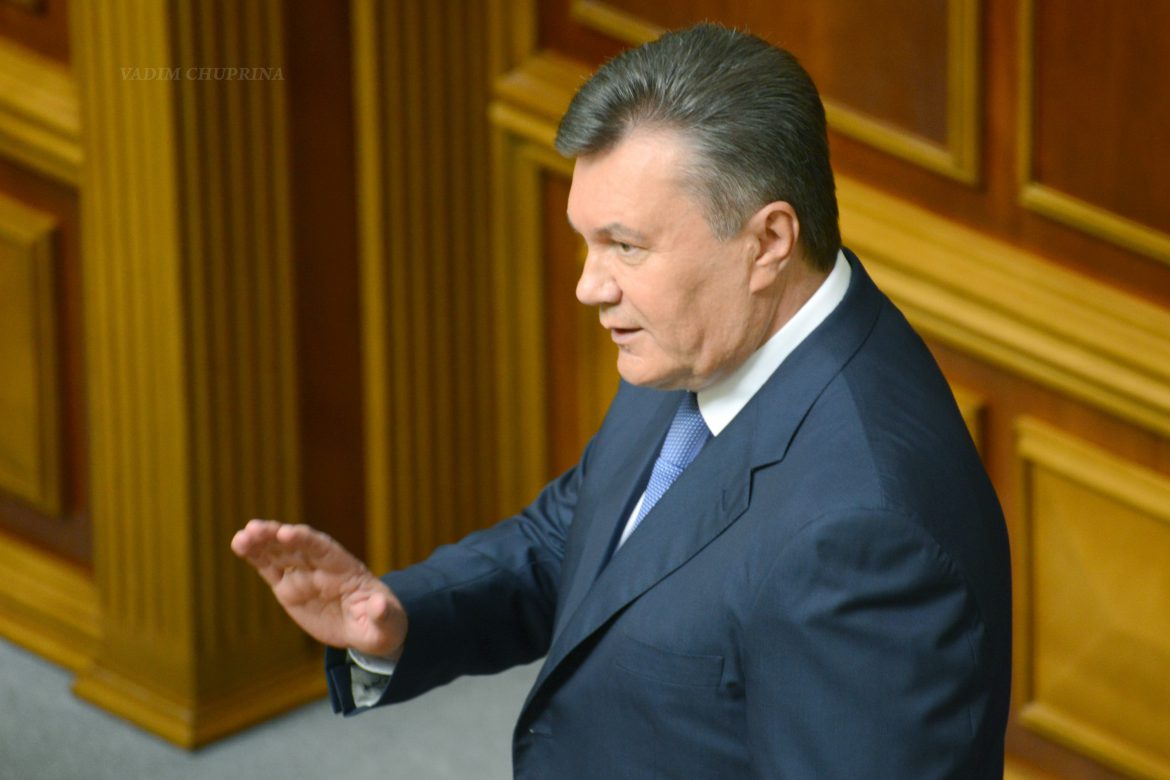 This was one of the last attempts by the Yanukovych regime to strengthen its power and turn it into a genuine dictatorship. The victory of Ukrainian society on Euromaidan did not let this happen. However, it is important to remember about these laws and how Ukraine would have looked like if they were implemented and Ukrainians would not have had the guts to go against them.

Gatherings by people would be carefully controlled. Not only would protesters be prohibited from installing stages, tents and audio equipment—they would even not be able to wear masks, helmets and any other equipment which does not allow the police to identify the participants of protests.

Additionally, those participating in “illegal gatherings” would become subjects of incarceration. Ten days of incarceration would be guaranteed for the participants who concealed their identity, while those who install stages, tents and audio equipment would have to spend 15 days in jail. An alternative in this case would be a fine of up to 10,200 hryvnias (340 euro). If protesters used more than five cars, they might even face confiscation of driver’s license and vehicle for 2-years. Participation in “mass protests” would be treated as a criminal offence and punishable by 10-15 years of jail.

Clearly, there would be no follow-up to Euromaidan, and so Viktor Yanukovych would have preserved his presidency to at least 2015.

Most NGOs, which are financed by grants provided by international organizations or foundations, would go out of business due to the new law on “foreign agents” similar to the one currently in force in Russia. Such non-profit organisations would have to pay income tax (18%), just like any other enterprise. Furthermore, they would be tamed as “foreign agents officially” — these words would have to appear in any document, as well as in the official title of the organisation. Suffice to say, there would be no freedom of assembly in Ukraine.

Investigative journalism would die out due to the “16 January laws” as well. The laws introduced the concept of “slander”, meaning that those journalists accused of “spreading false information” about someone would face 2 years of jail. One should also keep in mind that the new laws prohibited journalists to even gather information about judges and members of the Berkut special force in order to facilitate trials on Euromaidan activists.

The judicial system would run amok. Any court decisions would, according to the “16 January laws,” be final and without any possibility to appeal. “Disrespect” towards a court would lead to 15 days of jail or a fine of 5,100 hryvnias (170 euro). The biggest change would be that a person could be convicted in any case, without his or her presence in the courtroom.

The “16 January laws” enabled government control over the Internet. A list of websites available to Ukrainian citizens could be limited based on the decision of a government monitoring institution. In special cases the government would even have the right to completely prohibit any person access to the Internet.

Online discussions would be closely monitored too. Those spreading “extremist materials” and “stirring social tensions” would receive up to 3 years in jail.

The “16 January laws” were meant to suppress Euromaidan and make any future protests impossible. However, in reality they did quite the opposite. While the protesters did not adhere to the new norms, peaceful demonstrations turned into violent clashes on Hryshevskyi Street, the deaths of the over one hundred protesters and the eventual collapse of the Yanukovych regime. It was precisely after these laws that protests broke out beyond the biggest cities and took place in most of Ukraine. Even though these pieces of legislation were rescinded by the Verkhovna Rada on 28 January 2014, the breakdown had already started.

However, those responsible for these dictatorship laws have not been held accountable. Their authors, former MPs from the Party of Regions Vadym Kolesnichenko and Volodymyr Oliynyk, fled to Russia, as did many party members. Even though more than 200 other MPs voted in favour of the “16 January laws,” only 15 of them have been prosecuted — and not one of them was in Ukraine to face a court. Furthermore, 18 of those who voted in favour of dictatorship submitted their candidatures for the parliamentary elections which took place in October 2014.

On 21 April Ukraine will elect its next President. So far these elections have been the most democratic and the most interesting to follow in the history of our...
PODCAST
May 22, 2020

Host Volodymyr Yermolenko welcomes two experts of the Ukrainian Institute for the Future: Pavlo Klimkin, Minister of Foreign Affairs of Ukraine from 2014 to 2019,...