September 14, 2018
A new political season is starting in Ukraine. The next parliamentary session will be the second to last before the presidential election on March 31. The upcoming election is likely to influence both: the selection of draft laws considered by the parliament and the “fights” in the session hall. 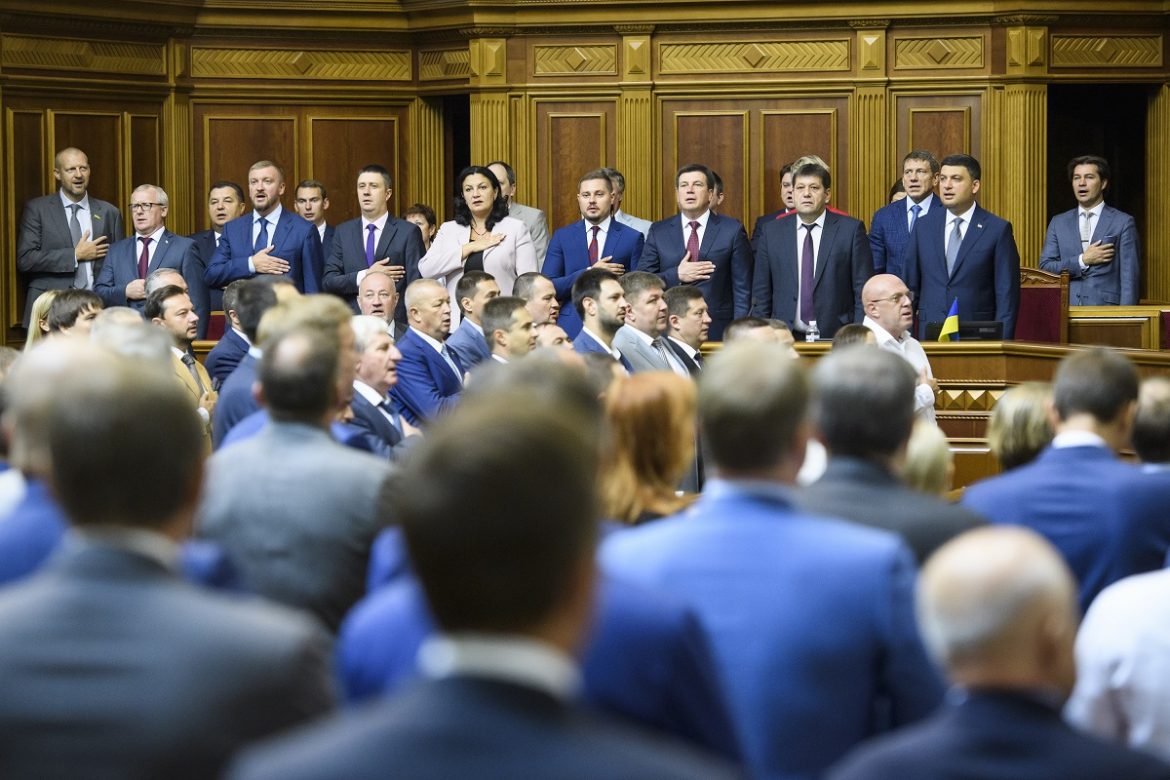 Editor's Note: This story is part of cooperation between UkraineWorld and Hromadske International

Hromadske takes a look at 5 of the hottest topics likely to be discussed in the parliament this fall. 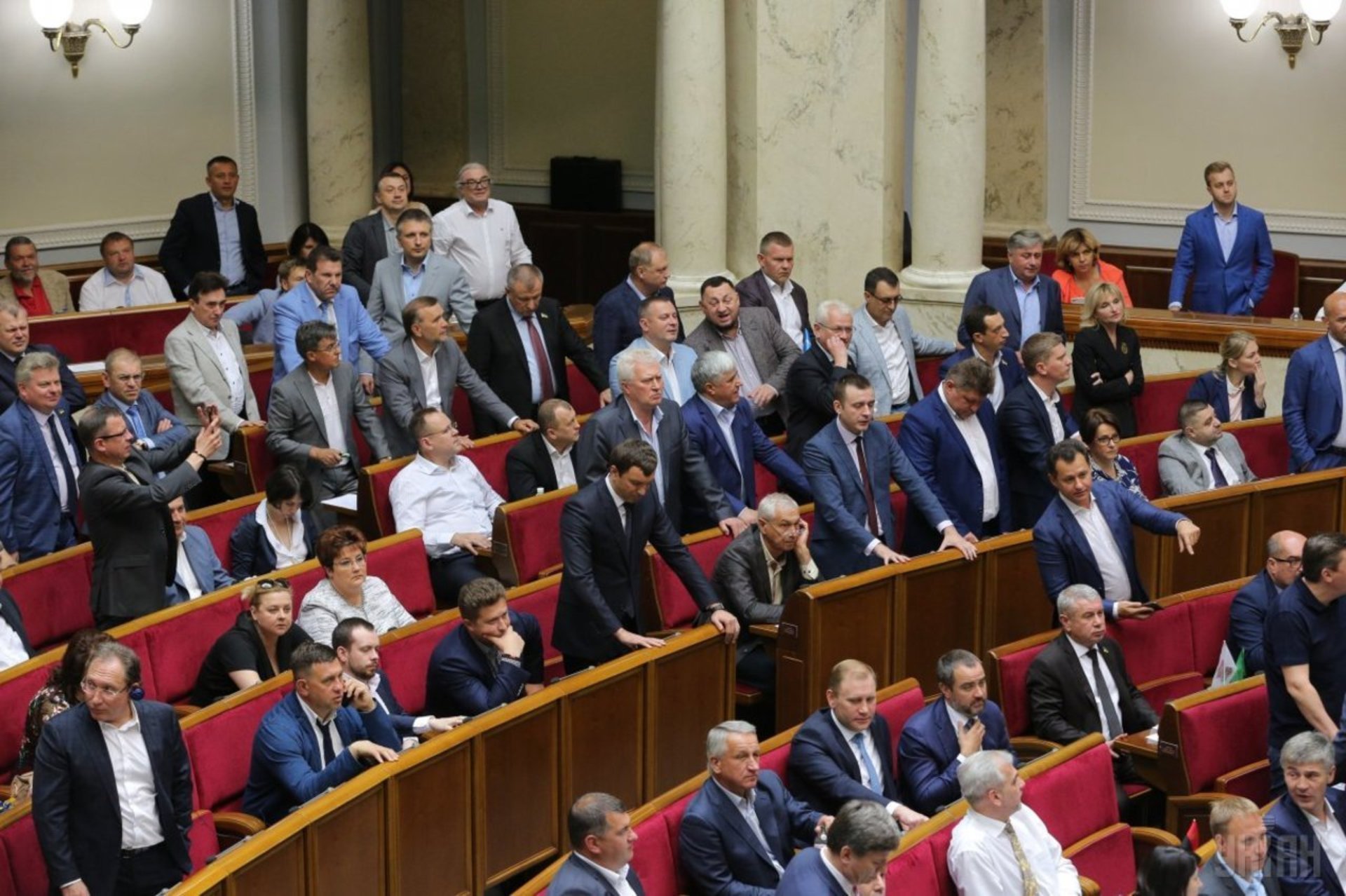 This political season, the MPs will have to work hard to resolve various issues, some pending from last year. Photo credit: Oleksandr Kosmach / UNIAN

MPs passed the draft election code in the first reading last fall. Andriy Parubiy, the speaker of Ukraine's Parliament, announced that this document will be approved by Rada this autumn.

However, only a part of the coalition shares speaker's intentions. To begin with, MPs, which were elected in majoritarian constituencies actively oppose this idea; and their total share in the parliament is 50%. If the system is left unchanged, they plan to be elected once again. They would use subsidies from the state budget for socio-economic development of regions to "buy" the citizens' votes in their constituencies.

Since last year, influential MPs with checkered reputation started working with their potential voters in their constituencies. For instance, President's friend from army times, Ihor Kononenko (who was earlier accused by Aivaras Abromavičius, former Ukraine's economic development minister, of corrupt activities and hindering the reform process) is actively working with electorate of Obukhiv district in Kyiv region now. 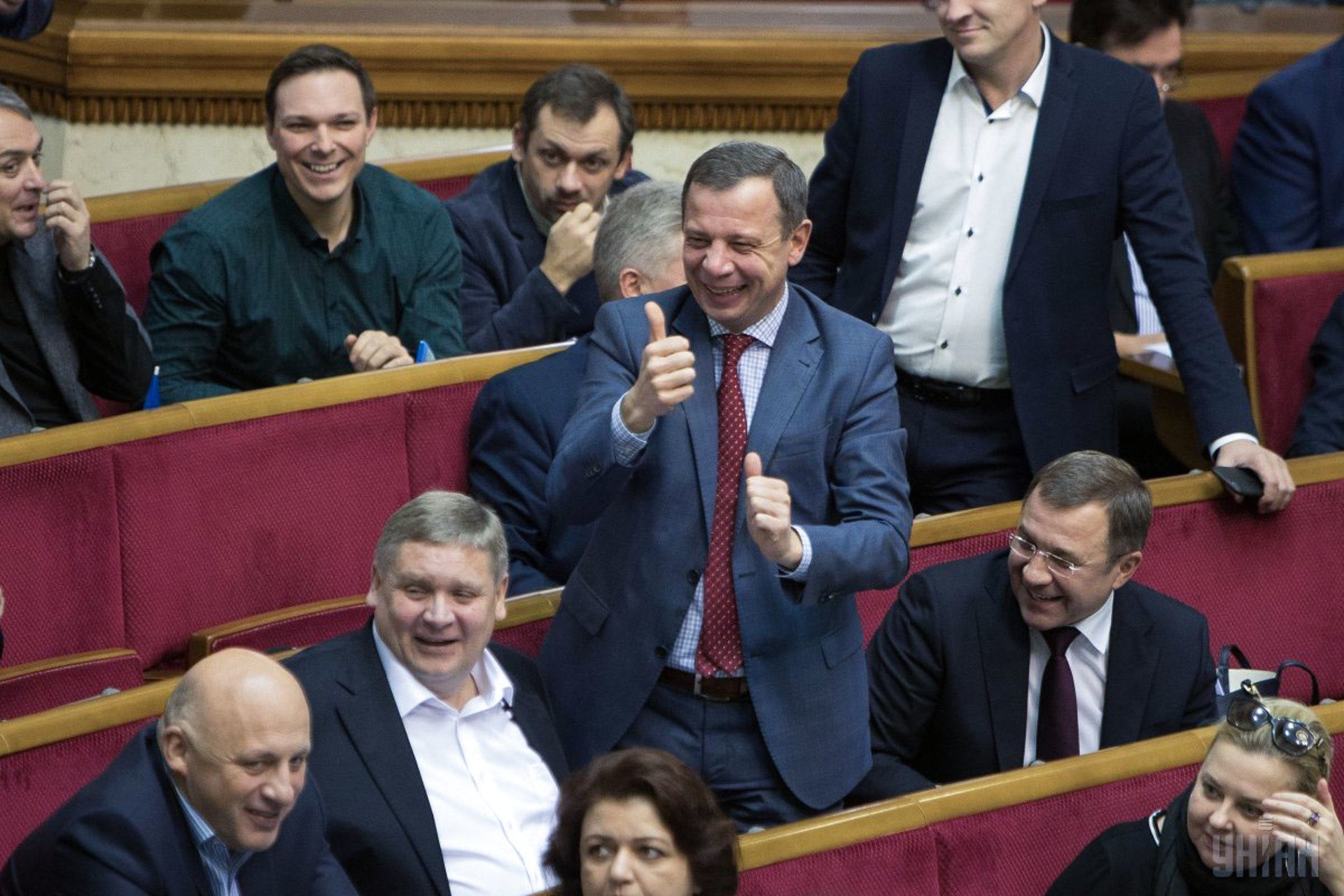 On the other hand, opposition parties and public activists support the electoral reform. They held a rally in front of the parliament in support of the new Electoral Code on 6 September.

The Rada will also discuss the appointment of new members in the Central Election Commission. MPs planned to confirm the 13 new commission members before the summer break but did not manage to pass the voting. According to Parubiy, another voting is scheduled for autumn.

Amendments to the Constitution

Both the ruling parties and opposition occasionally talk about the need to change the country's Basic Law. However, they have different opinions on which constitutional provisions should be redrafted. During Ukraine's Independence Day celebration ceremonies, Poroshenko announced his plans to submit a draft law to the parliament, which would anchor Ukraine's aspiration to become member of the European Union and NATO.

Nevertheless, this bill won't be the only one the parliament would consider this autumn. This summer the Constitutional Court of Ukraine approved another proposal, which should abolish immunity of MPs. The president is proposing to implement those changes from 2020, while an alternative parliament's draft provides the abolition of the immunity immediately after adoption of the law. 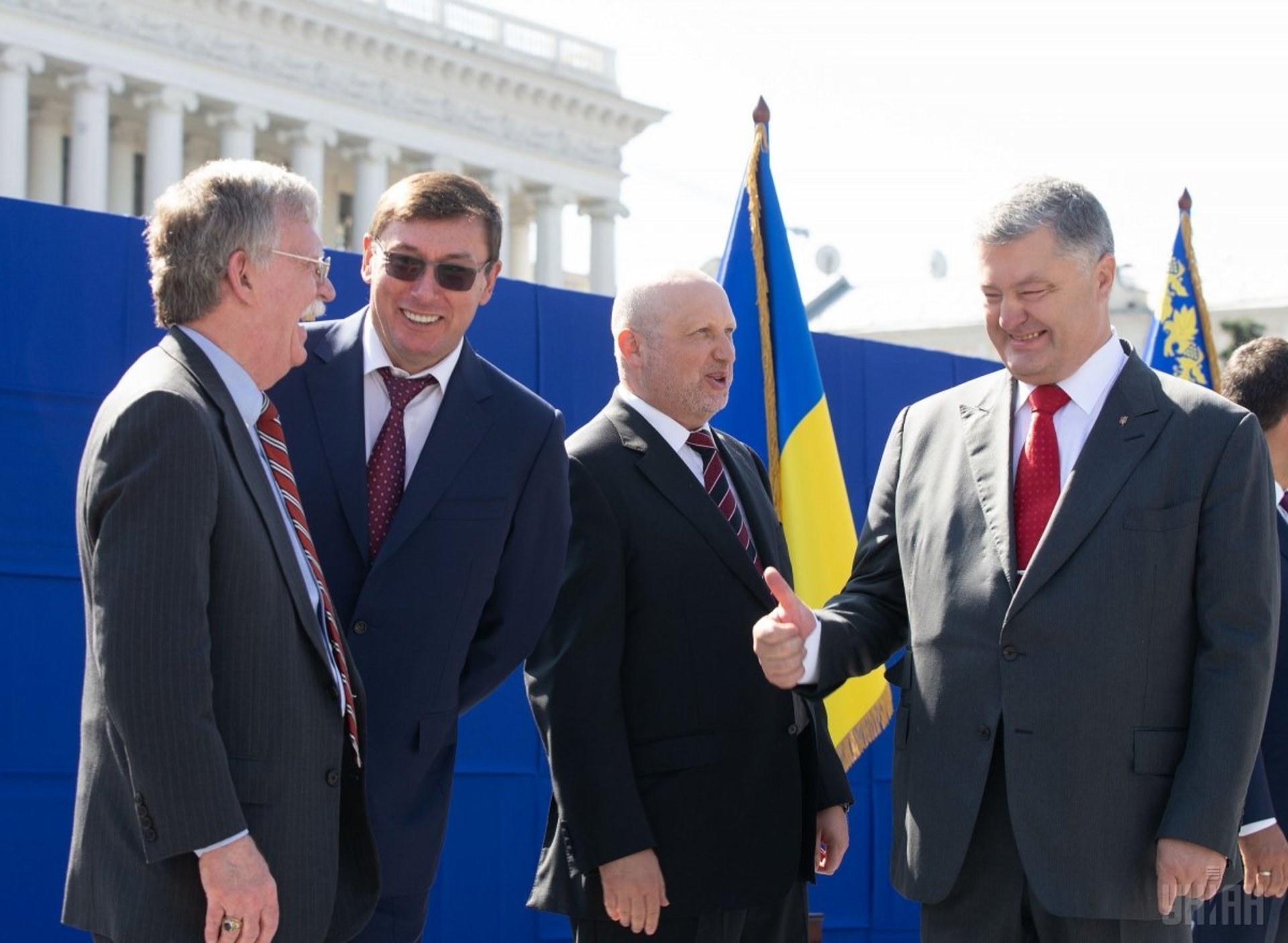 Moreover, Poroshenko's allies from the People's Front party call to review the provisions of the Constitution, in order to reduce the president's powers. Poroshenko himself does not support this idea. At the same time, Hromadske's sources in the president's administration do not exclude that the president could take into account some of those requests as part of his draft amendments to the constitution.

If the leaders of People's Front are not satisfied with possible president's concessions, the issue of amendments to the constitution will turn into one of the sharpest political fights this autumn. Why? Because the Opposition Bloc (former Viktor Yanukovych allies) and Batkivshchyna (former Prime Minister Yulia Tymoshenko's party) also support the idea of limiting the president's powers.

Prolongation of the Law on the Special Status of Donbas

The law "On the special order of local self-governance in specific regions of Donetsk and Luhansk regions" will expire on October 18. The document, which was adopted by the Verkhovna Rada in September 2014 practically provides special status to territories controlled by the so-called Donetsk and Luhansk people's republics.

Ukraine pledged to adopt the law as part of the Minsk agreements – the only document, which lays a roadmap to end the full-scale warfare in Donbas.

None of its provisions have been realized in practice, however.

At the same time, adoption of the document simultaneously with the adoption of relevant amendments to the constitution was used to prove that Ukraine is implementing its Minsk commitments. 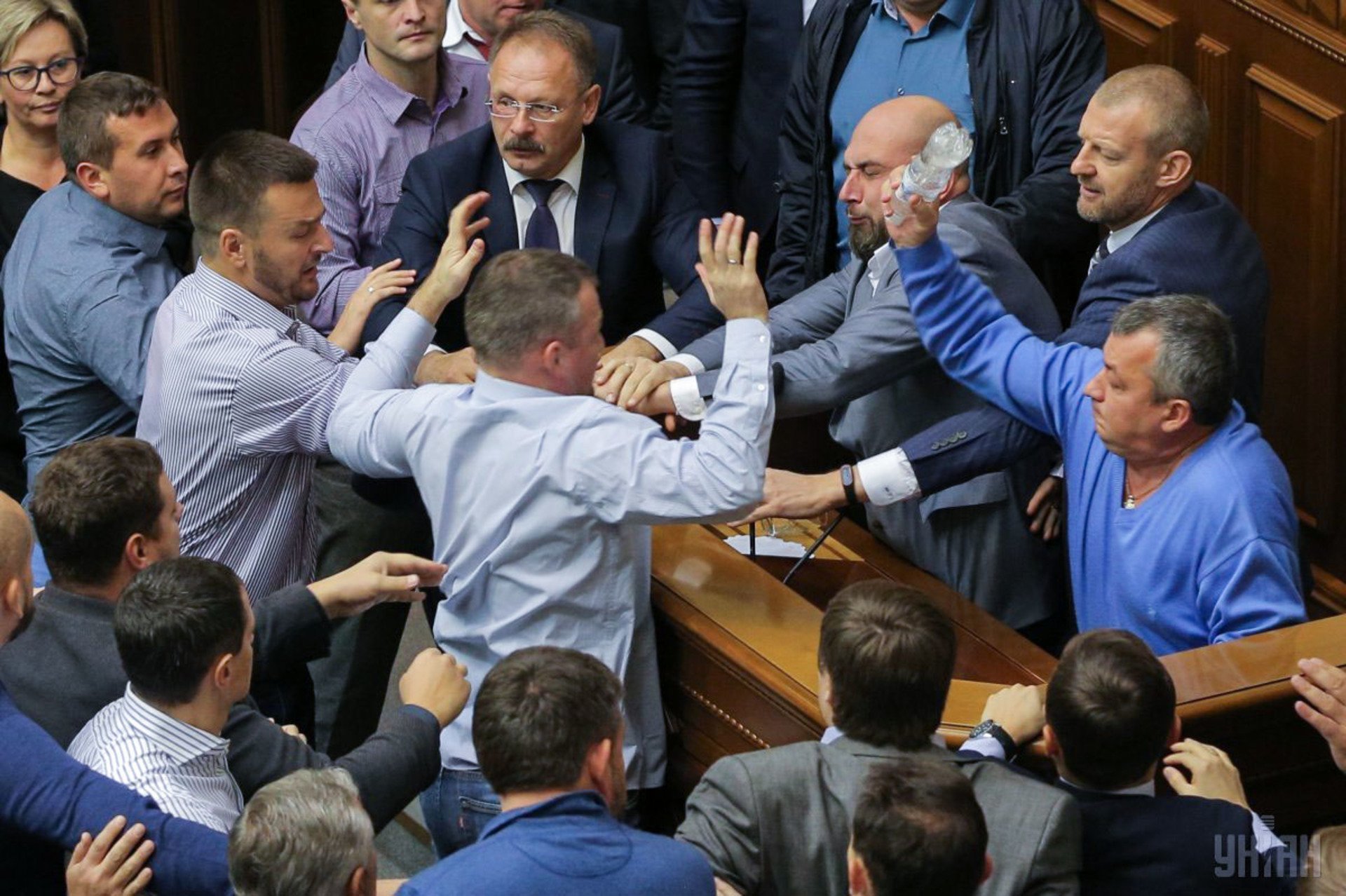 The Rada had adopted the document for a three-year period but prolonged it for one more year last fall. To reduce the degree of tension in the session hall, the prolongation law was voted on the same day as the law on de-occupation of Donbas. Still, it was adopted only on the second attempt.

This time, the sore subject of Donbas' future will be considered in the midst of the presidential campaign. Therefore, conflicts around this document are expected in the Verkhovna Rada. At the same time, if the parliament does not prolong the law on the self-governance in specific regions of Donbas, Russia would be able to blame Ukraine for its refusal to implement the Minsk agreements.

Implementation of the law "On National Security and Defense"

At the end of the previous session, the Rada adopted the law "On National Security and Defense". This document defines NATO as a strategic partner of Ukraine, introduces the civilian control over the defense ministry, and proposes a division of powers between the commanders of the General Staff and the Armed Forces.

Still, both Poroshenko (who initiated this law) and the speaker of the parliament stress that this is a framework document and it requires further adjustments. According to Parubiy, the Rada needs to first change the law on the Security Service of Ukraine (SBU). In fact, the issue on the SBU's powers to investigate economic crimes caused the most heated debate among parliamentarians. Therefore, the debate around amendments to the law regarding the SBU's powers will continue.

Many discussions could be sparked by the reform of the state-owned company Ukroboronprom, which consists of over 130 defense enterprises that manufacture and export Ukrainian arms. The law on the national security requires its reform. For this purpose, Rada plans to adopt an additional package of laws "on reforming the security and defense sector" this fall.

According to the budget code, the government has to send the draft budget to Verkhovna Rada for the next year before September 15. Last week, Volodymyr Groysman, Ukraine's Prime Minister, announced that the government will be meeting the deadline. The law has to pass three readings. The first of them should be passed no later than October 20, the second one – no later than November 20, the third one – until December 1.

Verkhovna Rada has a "tradition" of approving the state budget just before the New Year's Day. The reason for the delay is very prosaic – parliamentarians and government officials take a lot of time to "haggle" with each other on amendments to the final version of the budget.

For instance, MPs had proposed more than 2,000 changes to the draft budget during the last two years, but only several hundred of them were accepted in the final version. The draft budget will include additional finance sources (procured by individual deputies), and will be negotiated on by various factions in parliament.