July 1, 2019
Centuries of history of the Ukrainian people has significantly influenced the formation of their culture, including holidays. Paganism and Christianity are deftly intertwined in the majority of them. Let's take a closer look at the most iconic ones. 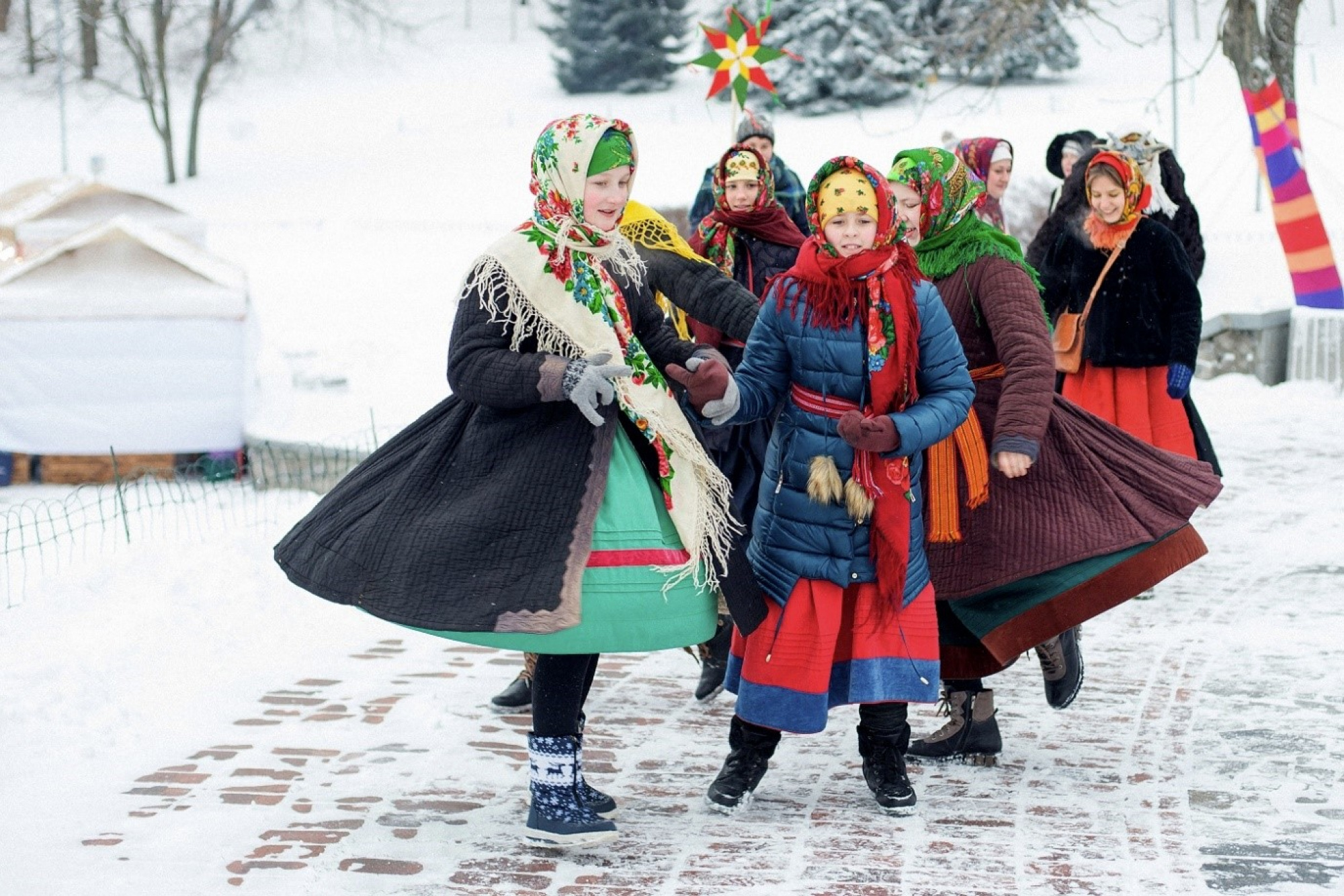 Christian holidays have always occupied a special place in Ukraine. As in many Christian countries, the calculation of times here is from the birth of Jesus Christ. Celebrations on this occasion begin on the eve, on Holy Christmas Eve. Traditionally, Ukrainian families prepare twelve lenten dishes, which symbolize the number of apostles that Jesus had. The dishes must include varenyky, holubtsi, kutia and uzvar. Ukrainians describe kutia a mixture of boiled wheat, poppy, raisins, nuts and honey, and uzvar refers to compote from dried fruit. Read about other national dishes in our article. What is interesting is that locals cooked kutia even in pagan times, as it was regarded as food for deceased ancestors. They left spoons beside a dish so that they could enjoy it with their descendants.

The next day, on Christmas Day, Ukrainians greet each other with the words 'Christ is born!' - 'Glory to him!'('Khrystos Narodyvsia!' - 'Slavimo Yoho!') and go to church to celebrate Mass. Children bring their Godparents kutia, Christmas pastry and sweets as a gift, and they, in turn, reward the kids with small festive gifts.

In addition, the tradition of going door-to-door on Holy Eve and Christmas and caroling (or 'kolyaduvannya' in Ukrainian) has been preserved from way back. Carolers, who are usually children, sing about the birth of Christ and wish the hosts happiness and prosperity at home, and receive sweets and money as gratitude. It is believed that the more carol singers visit your home, the more abundant will be the whole year that's to come.

New Year is also celebrated twice in Ukraine: the first time is on the night of January 1, and the second one is during the night of 13 to 14 January. The reason lies again in the change of chronology in 1918; therefore, this holiday is usually celebrated in countries where the Orthodox Church continues to use the Julian calendar. Unlike the above-mentioned holiday, only 1 January is the official public holiday in the country.

Another name has been preserved from the previous centuries, – Generous Eve (Shchedriy Vechir). It arose from the fact that it was customary to set a "generous table": with an abundance of all kinds of dishes, since locals believed that the prosperity of the hosts for the entire coming year depended on the quantity of prepared food.

If it is customary to sing Christmas carols for, then for Generous Eve - to perform songs of generosity, or shchedrivkas, and to also scatter grain in the houses of one's hosts. It is believed that this grain cannot be swept before sunset. In gratitude, according to tradition, the hosts give these singers fruit or other sweets or money. It is better when men enter the house first on this day, since Ukrainians believe that this brings well-being.

The day of Jesus Christ`s baptism is also important for Ukrainians. They celebrate it on January 19. On this day, it is customary to bless the water and swim in an ice hole in a river or in another body of water. Locals have faith that on this day it is impossible to fall ill from such bathing, because the water acquires redemptive power and protects a person. Such water does not spoil and can stay fresh for a year, or even longer. After the priest sanctifies the water in the ice hole, those who wish to do so, immerse themselves three times and say a prayer.

If you want to try this, it is desirable to toughen your body before swimming, as well as warm up your muscles through exercises before you plunge into the water. Do not stay in the water for more than 10 seconds and do not drink alcoholic beverages prior to immersing yourself, and also bathe exclusively in the presence of rescuers. If you observe these simple rules, you will receive maximum benefit from such bathing.

In April or May Ukrainians celebrate Orthodox Easter. The Monday after the holiday, Easter Sunday, is a public holiday in the country. It is customary for people to go to church on the morning of Easter Sunday and have their Easter basket blessed. It commonly includes traditional baked paska, a cylindrical baked pastry, topped with white icing and decorated with colored sprinkles, as well as decorated eggs, which are called here 'krashankas'. Interestingly, 'krashankas' are sometimes confused with another type of Easter egg, 'pysankas', but the latter are characterized by the fact that they do not have just plain paint on them, but various patterns are applied to them. On this day Ukrainians play an Easter game, which consists of tapping hard-boiled eggs three times. The aim of each player is to break the egg of another, but to preserve his own undamaged. The symbolism underlying the game is the emergence of a new life.

Tradition permits the baking of a paska twice during Holy Week: on Pure Thursday and on Saturday. It is necessary to have the Easter basket blessed on an empty stomach, because you need to eat blessed food early on Easter Sunday morning. It is important for those who keep the forty-day period of fast before the holiday.

This holiday is considered a family affair, as often on this day friends and relatives gather at the same table or go out to the countryside, because almost every time it is warm and the weather is good. 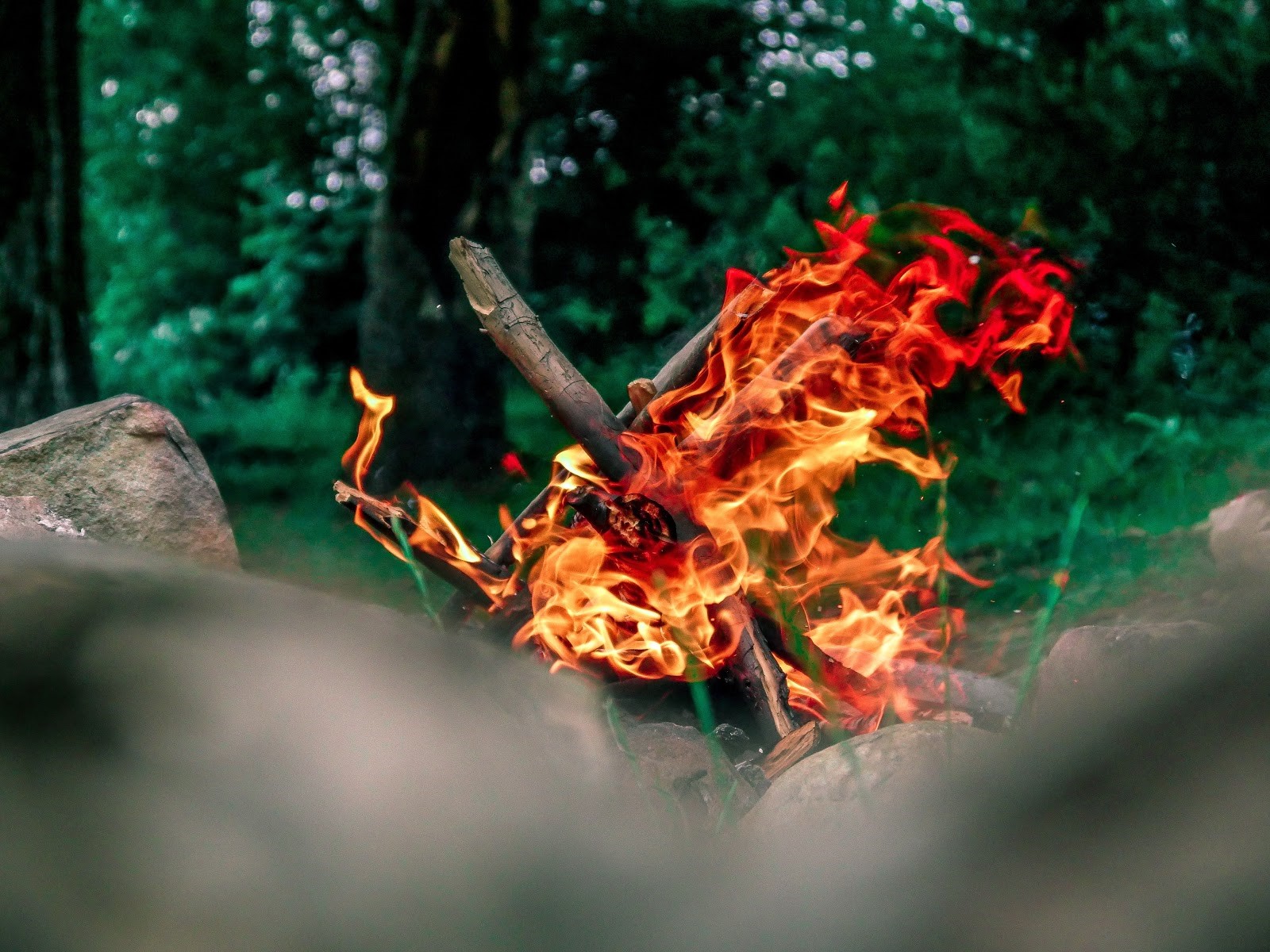 Ever since pre-Christian times, the custom has been preserved to celebrate Ivan Kupala on the night of July 7. According to the Gregorian calendar, the holiday fell on the summer solstice, so our ancestors praised Kupala, who was the god of the Summer Sun. People believed that on this night all evil spirits came to life, so mass festivities held around the fire were held to ward them off.

The tradition to jump over the fire on this day still remains. Locals had faith that through such a rite the soul would be purified. Unmarried girls also made wreaths and threw them into the water. In this way they were guessing who would be their fiancé: it should have been the young man fishing out the wreath. At night, everyone went looking for the mythical fern flower. Ancestors believed that it appeared only on this night and could bestow success, wealth and health, and pretty much everything else.

With the adoption of Christianity, the pagan festival was later transformed. Believers celebrate the birth of John the Baptist on this day, who was the one who baptized Jesus Christ in the River Jordan. It has always been thought that on this day herbs have a healing effect, so on Kupala some of them are harvested and dried.

This article was created with financial support from the International Renaissance Foundation.

Can culture survive in the war zone of Donbas among industrial cities? Three activists in the region are proving that it can. Here are stories of people in Donbas...
PODCAST
October 6, 2020