July 23, 2019
Most people know Ukraine only for two indigenous peoples – Ukrainians and Crimean Tatars. But there are three more unique autochthonous nations you may have never heard of. 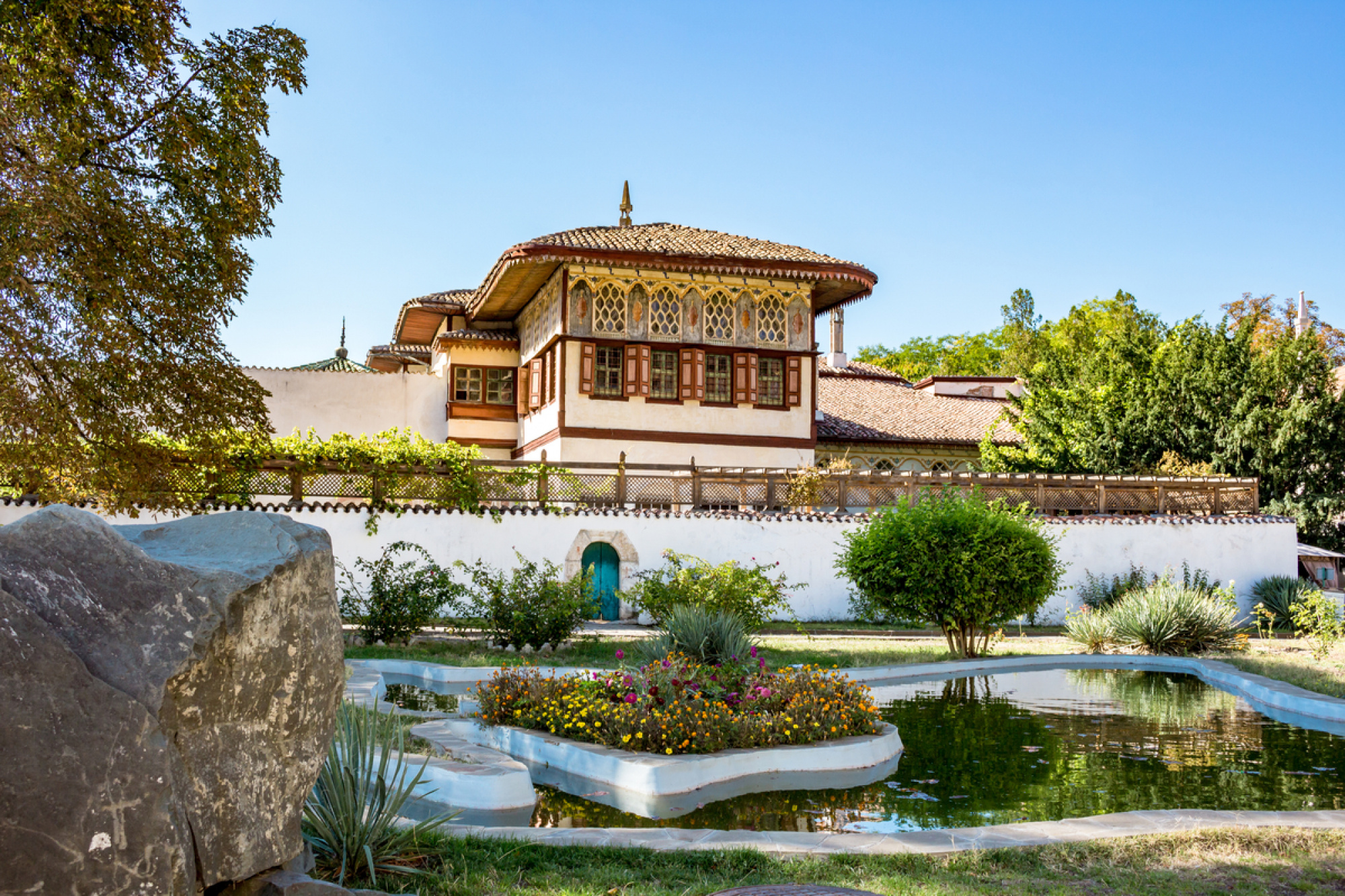 Ukraine is a multinational country. According to the latest all-Ukrainian population census data, representatives of more than 130 nationalities and ethnic groups reside in Ukraine. The indigenous peoples are Ukrainians (77.8%), Crimean Tatars (0.5%), Karaites (>0.1%), Krymchaks (>0.1%) — the last three originated in the Crimean peninsula, and Gagauzes (0.1%) originated in Odesa Region.

The other ethnic groups in Ukraine are national minorities. That is, the diaspora of nations who have their own ethnic homeland or national formations outside of Ukraine. For example, nowadays, many Belarusians live in the northern regions of Ukraine; Hungarians, Romanians, and Poles live in the west; Crimean Tatars, Bulgarians, and Moldovans live in the southern and central regions, Russians live in the east, etc.

Today, Crimean Tatars are widely known. In 2016, people throughout the world discussed their tragic fate. That year, Jamala, a Ukrainian singer of Crimean Tatar origin, won the Eurovision Song Contest with her song "1944". This song tells of the tragedy of the Crimean Tatar people deportation by the Soviet totalitarian regime in 1944. On May 18-21, 1944, up to 423,000 Crimean Tatars were relocated by force to the Soviet Republic of Uzbekistan. About 47% of them died during the deportation itself, or within a few years after it. In 2015, Ukraine recognized this tragedy as genocide.

Nowadays, the destiny of Crimean Tatars is a sorrowful again. After  Russia's occupation of Crimea in 2014, they have been persecuted for their religious beliefs as Muslims.

To date, more than 100 Crimean Tatar people are imprisoned in jails of the Russian Federation as a result of false accusations.

In addition to Crimean Tatars, there are three more unique and amazing indigenous nations in Ukraine that are not widely known — Karaites, Krymchaks, and Gagauzes.

Karaites: people from a city fortress

Karaites (also known as Karaims) are autochthonous people of Crimea. They have lived, since the XI century, in Chufut-Kale city-fortress, which is 3 km east of the city of Bakhchysarai.

Karaites are Turkic-speaking observers of Karaite Judaism. There are two versions about the origin of the Karaites. The first one — the most common — says they are Turkic people with a Karaite faith. The second one claims that the Karaites are the lost tribe of Israel (i.e., Jews).

The difference between the Karaites religion and Orthodox Judaism is fundamental. In their faith, the Jews rely on the Talmud, which is the  interpretation by sages of the Torah, and follow the Talmud by fulfilling the commandments. The Karaites do not accept the Talmud and believe that it is necessary to read the original source and interpret it themselves.

A Karaite synagogue is called a 'kenesa' (from the Hebrew "beit knesset" — meaning synagogue). There are Karaite kenesas in Kyiv, Kharkiv, Bakhchysarai, Sevastopol, and Simferopol.

In the XIV century, some Crimean Karaites were captured by the Lithuanian Prince Vytautas the Great and taken to the territory of modern-day Lithuania. As a result, Karaites have a diaspora there in the city of Trakai to this very dayy. They also live in Poland, France, Israel, and the U.S.

Karaites survived the Nazi occupation of Crimea during World War II, because Adolf Hitler did not consider them to be Jews. In 1959, 5,700 Karaites lived in Crimea. Later on, they started moving to other countries.

Scattered all around the world, Karaites now assimilate with  local peoples or call themselves Jews.

Scientists can confirm that currently there are only about 2,000 Karaites in the world, 671 of whom are in Crimea.

In Ukraine, Karaites have their own association, which is called Krymkalaylar. It helps to save their traditions and language, which is becoming extinct. In 2001, only 72 Karaite people recognized the Karaites language as their native one.

Krymchaks (also known as Krymchakhs) are people who derived from Turkic-speaking adherents of Orthodox Judaism. They speak the Krymchak language, which is a modified form of the Crimean Tatar language.

Scientists believe that they may be descendants of those Jews who avoided execution when in 135 the Roman Emperor Adrian suppressed the Bar-Kokhba uprising. At that time, they moved to the Crimean peninsula. From the II century they lived in Kaffa (Feodosia), Stary Krym, Bakhchysarai, and other places.

Since then, the Krymchaks community has consistently assimilated Jewish immigrants from Babylonia, Byzantium, the Khazar Kaganate, Italy, the Caucasus, as well as Ashkenazi, who migrated to Crimea for economic reasons, fleeing from massacres or getting into Tatar captivity.

Krymchaks belongs to tradition of Judaism, though there are some differences. For example, the Krymchaks k'aal does not face to wards the East, as ordinary synagogues, but to the South, like Muslim temples**. In the prayer room, there are no chairs or benches.

Before World War II, there were about 9,000 Krymchaks. But 6,000 of them were shot by the Nazis in Crimea in the autumn of 1941, along with other Jews who lived in Crimea at that time. Only men who fought on the front and those families who were evacuated avoided that fate.

Krymchaks now also live in Germany, Israel, the U.S., and other countries. In 1989, the Krymchakhlar cultural-educational society was created to revive the national culture of this disappearing people.

According to one of the most common versions about the origin of the Gagauzes, their ancestors were Turkic nomads — Oghuz, Pechenegs, and Polovtsians (also known as Cumans).

Some scientists do not regard the Gagauzes as indigenous people of Ukraine. That is because most of them (135,000) live on the territory of modern-day Moldova. Anyway, Gagauzes in Ukraine (31,000) are not a diaspora — they have been living on these territories since time immemorial. This separation is not surprising, because this territory, Bessarabia, has a long history of conquests. In the early XX century, it belonged to the Russian Empire. Then, from 1918 to 1940 there was Romania, which first collaborated with the Nazis, and then with the Soviets. From 1940 to 1941, there was Soviet power here, then from 1941 to 1944 Romania once again, and then, for many years, the USSR.

In the 1990s, Moldova's Gagauzes switched to the Latin alphabet. Ukraine's Gagauzes joined them in 2008.

Some people say that Gagauz wine has special medicinal powers. It was even taken to the Chernobyl Nuclear Power Plant after the explosion to give to the liquidators.

Ukraine has unique indigenous peoples, who need to be protected. Unfortunately, it is now impossible to introduce Ukrainian laws for all autochthonous peoples, because three out of five of them live predominantly on the Russian-occupied territory of Crimea.

Watch our new video to know what Mariupol activists do to preserve Soviet mosaics.
VIDEO
November 6, 2020