April 24, 2019
On April 21, Ukraine had the second round of its presidential election. And it looks like the Kremlin’s media had little doubts which candidate to support. 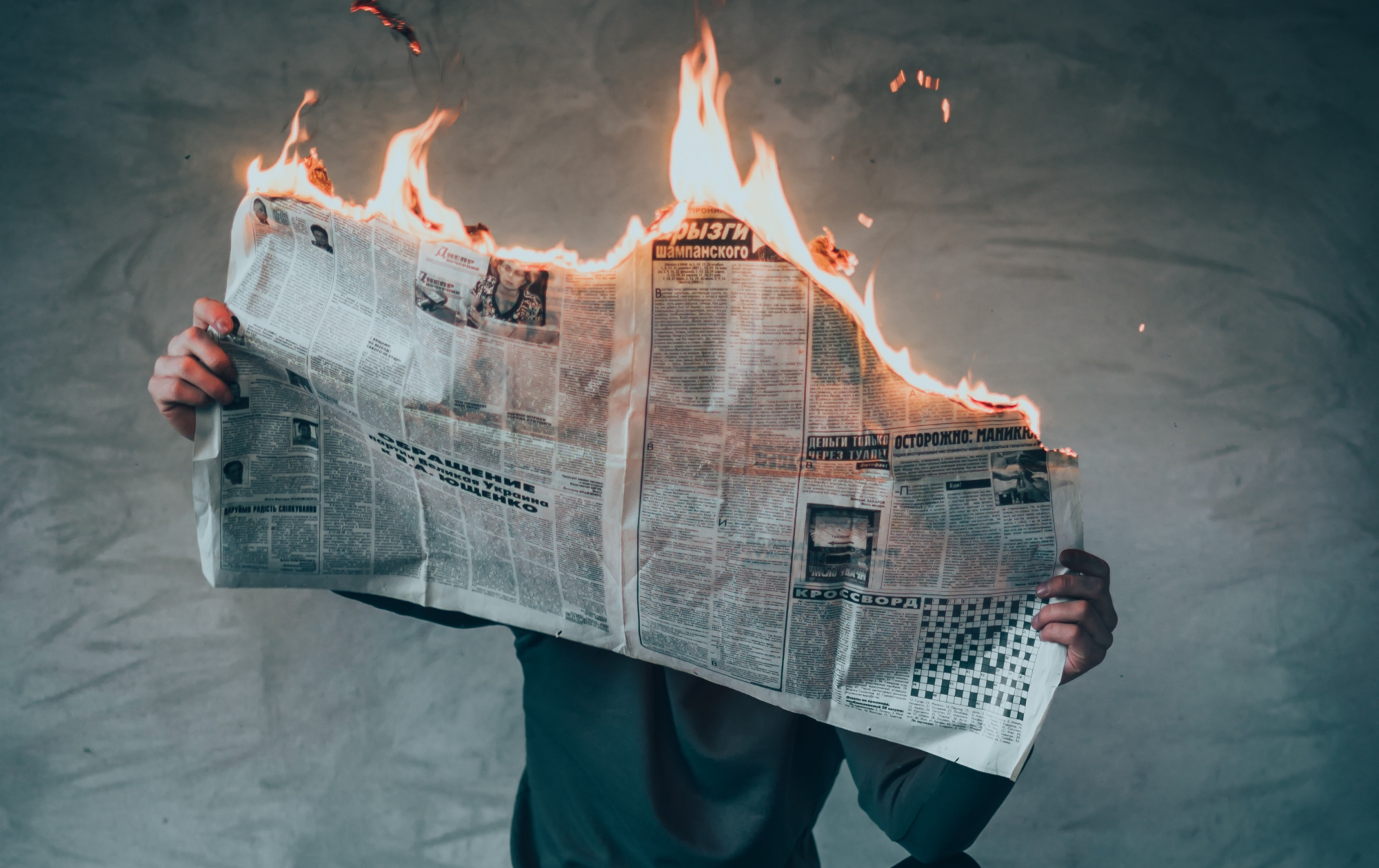 Disclaimer: this article has been published on Disinfo Portal on 17 April. However, key findings of the article up-to-date even after the second round took place.

During the lead-up to the first round of the presidential election, the Kremlin's media exclusively supported the pro-Russian candidate Yuriy Boyko, who polled fourth place on March 31. Now, with Volodomyr Zelensky and Petro Poroshenko competing in the second round, the same media praise the newcomer Zelensky and criticize the current president Poroshenko.

On April 7, Dmitry Kiselyov spoke extensively about Volodymyr Zelensky in his weekly news program, predicting his success in the election's second round. Kiselyov is the head of the Russian state news agency "Russia Today," a position which makes him an influential voice of the Kremlin. He frequently questions the legitimacy of post-Maidan Ukraine on his shows.

The same day, Pyotr Tolstoy, a top Russian MP and anchor on Channel One Russia, opened his weekly news program by saying, "Well. In Ukraine, my candidate is leading."

UkraineWorld analyzed and verified the narratives most frequently disseminated by Kremlin-linked media in April in the lead-up to the second round of the presidential election.

Narrative #1: The results of the first round of the election were falsified

Kremlin media insisted that there were mass falsifications during the first round of the presidential election. For example, Ukraina.ru reported that at least 20 percent of the vote was rigged in favor of Petro Poroshenko.10 percent of the votes allegedly rigged in Poroshenko's favor were said to be"stolen" from the leader of the "Batkivshchyna" party Yulia Tymoshenko.

In fact, election authorities only reported falsifications at about thirty of almost 30,000 polling stations. Such a minimal number of falsifications could not meaningfully skew the vote's outcome. In addition, the claim that Poroshenko "stole" 20 percent of the vote seems nonsensical when he received 15.95 percent according to the vote's final tally. Moreover, the international observers who monitored the election, and praised it as competitive, reported no such"massive" falsifications.

Narrative #2: This election campaign is the dirtiest in Ukraine's modern history

Kremlin-linked media outlets and pro-Kremlin Ukrainian politicians like Yuriy Boyko repeatedly described the presidential campaign as the dirtiest election in Ukraine's history. It was reported by NTV, Ukraina.ru, Rossiyskaya gazeta, Russia-1, Channel One Russia, and many others.

In fact, numerous international observers did not record serious violations in the electoral process and recognized the election as free and democratic.

Many Kremlin media consistently pushed the narrative that the United StatescontrolsUkraine's internal politics. For example, Channel One Russia predicted that the second-round results will be falsified"only if Washington gives permission" to Poroshenko to do so. NTV publicized foreign minister Lavrov's claims that Poroshenko has patrons in Washington who dictate orders to him. In addition, NTV aired an "investigation" that purports to show how the State Department determines policy in Kyiv.

The pro-Kremlin disinformation machine has declared since the Revolution of Dignity in 2013 that Ukraine's internal affairs are controlled by an exterior power. The outlets have never provided specific evidence to substantiate their claims.

Narrative #4: Only falsification will result in a Poroshenko victory

The Kremlin's propagandists categorically stated that a Poroshenko win in the second round would only occur as a result of mass vote rigging. Vladimir Zhirinovsky stated on the Russia-1 TV channel that Russia would not recognize the election result in the event of the incumbent's victory, as such an outcome would prove that the election was falsified.

In contrast to his predecessors, Petro Poroshenko does not control the country's Ministry of Internal Affairs, which monitors the election process. According to an RBC-Ukraine source from the Ministry, minister Arsen Avakov has already instructed the police to prevent any attempt by the president's team to tamper with the electoral process.

Accusing candidates unfavorable to Russia of election interference is a familiar Kremlin tactic; Moscow used a similar strategy before the 2017 German elections.

Kremlin media has given extended air time to a number of incredulous allegations targeted toward President Poroshenko, raising a large variety of issues from his mental wellbeing to his sobriety.

There is an inordinate number of stories floating around the disinformation ecosystem that lack any substantive evidence for these claims. A number of videos on YouTube have been manipulated and altered to depict Poroshenko speaking a slurred manner and allude to the notion that he is drunk. Editors create this effect by slowing the video speed down 15-20%. For example, here is one such altered video, and here is the same video(from 15:30) with the natural speed.

This tool is not a new part of the Kremlin's kit of influence. We have seen a similar denigrating campaign e.g. against Hillary Clinton in the US, Emmanuel Macron in France, or Angela Merkel in Germany.

Narrative #6: Ukraine is facing a collapse

Since 2013, Kremlin media has pushed the message that Ukraine will collapse, being fragmented into several parts, which will join neighboring countries. Recently, Lenta.ru issued a story about Ukrainian Hungarians in Transcarpathia, who allegedly want to separate from Ukraine. Ukraina.ru persuaded its readers that Halychyna, another Ukrainian region, can separate too, and shot a video story about "the history of the Ukrainian collapse."

There is no tangible movement or political force promoting separatism or joining other countries. Such messaging seeks to divert the attention from the fact that there is only one actor on this planet that keeps violating Ukrainian sovereignty and territorial integrity -- and that is the Kremlin.

Narrative #7: Russia did not invade Ukraine

Since Volodymyr Zelensky had said he was ready to come to an agreement with Russia, Kremlin media started reiterating again that there were no Russian military troops in Ukraine. Russian media has begun to lay out the Kremlin's negotiating position with Ukraine.

However, there is extensive evidence that Russian military troops are fighting in the Donbas. There is a plethora of evidence provided by not only by independent journalists but also by NATO forces.

Kremlin media have claimed for years that Europe has tired of Ukraine and the current Ukrainian president. The old narrative now has a new spin -- Kremlin hints that Europe wants Ukrainians to change their president.

In fact, many European leaders have repeatedly denied this claim, such as the European Commission's High Representative for Foreign Affairs, Federica Mogherini did in an interview prior to her visit to Ukraine on March 11-12, 2018 "Our political and diplomatic engagement is more intense than ever," she said.

Although the Vladimir Putin remains silent about the Ukrainian elections and its preferable result, the coverage from the Kremlin's information army makes it clear that Moscow has provided far more positive coverage of Volodymyr Zelensky and much more negative reporting on Petro Poroshenko. At the same time, the Kremlin continues to push the narrative about a collapsing, undemocratic Ukraine that is governed by outside forces, in the hope of delegitimizing Ukraine's statehood. The purpose of the latter narrative is not only to undermine the trust of Ukrainians and foreigners in Ukraine's democracy but also to justify Kremlin's continued military aggression in Ukraine -- if the state is not really a state, any aggression against it can be justified.

The political plan of President-elect Volodymyr Zelenskiy is largely unknown. Will his presidency be as unique as his rise to power?
PODCAST
April 18, 2019