March 26, 2018
Ukraine is a young polycultural state with short-term and interrupted experience of nation building. That is why Ukrainian society often lacks mutual understanding in its perception of national identity and culture. One of the consequences of this problem are the numerous conflicts and controversies over the perception of Ukraine`s past and its meaning for the present. 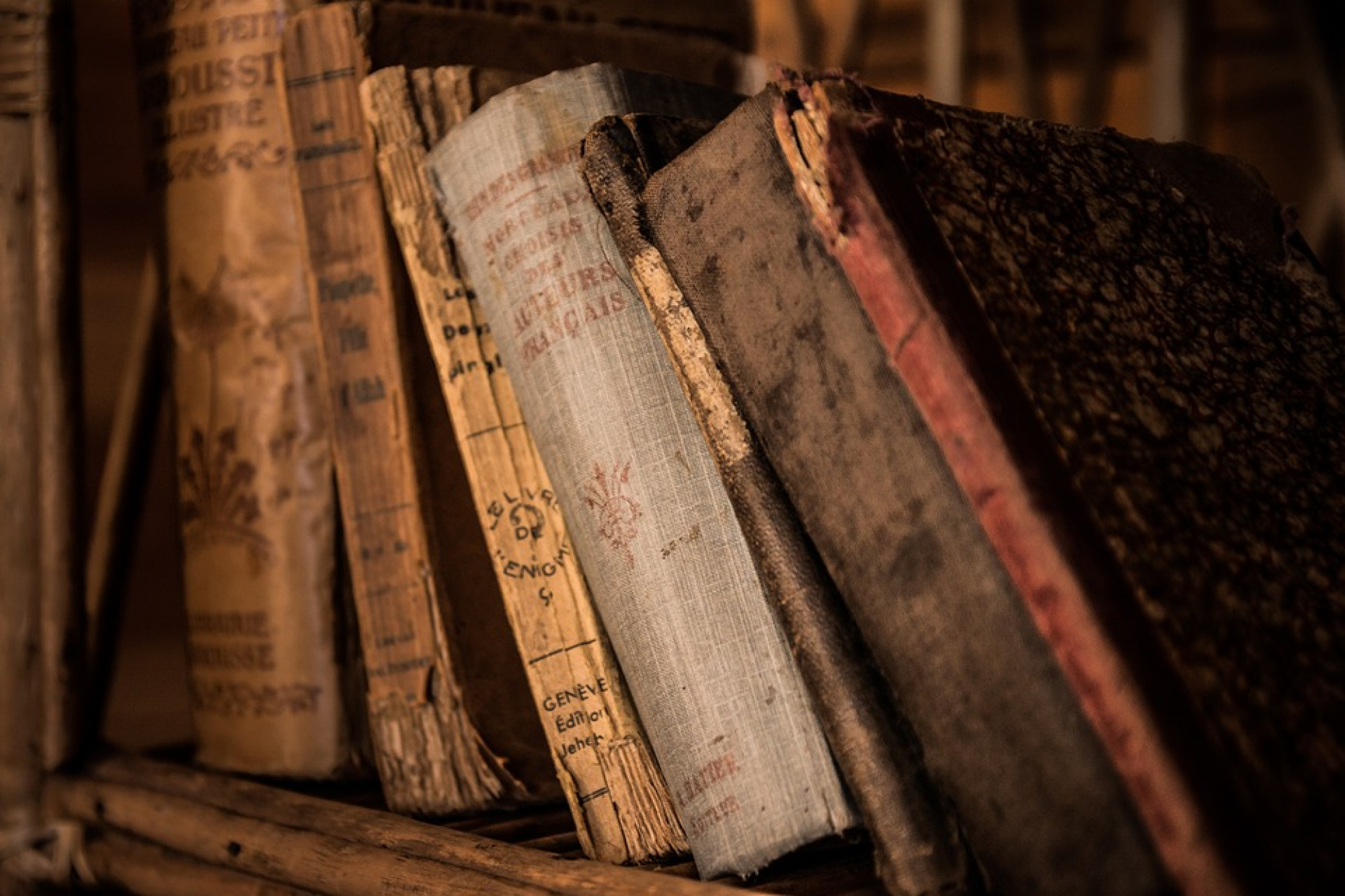 Controversies over history have traditionally had a huge impact on Ukrainian political and cultural life. Ukrainian politicians quite often refer to history so as to blame opponents or legitimize their own political goals. Furthermore, historical issues turn into a tool of political fighting not only inside Ukraine, but also during diplomatic conflicts with other states.

In this article, we will uncover 5 of the most controversial topics in Ukrainian history, which often fuel political and social confrontations inside or outside of Ukraine.

Kyivan Rus' – a big and influential medieval state (late 9th – mid 13th centuries) of East Slavic tribes. The battle for the political heritage of Kyivan Rus' started right from the moment of the state's collapse, while the struggle for cultural heritage of Kyivan Rus' between Ukraine and Russia is still a current topic right now. Soviet historians used the highly politicized concept of the «old Russian nation» (from which the Russian, Ukrainian and Belarussian nations were formed later), which created Kyivan Rus'. This concept isn`t accepted now, either by Ukrainian, or by Russian historians any longer. Instead, both countries are trying to insert the ancient state into their own national historical narrative.

For instance, part of modern Russian history textbooks refused from the traditional term of «Kyivan Rus'» and moved to use the term «Ancient Russian state» (Drevnerusskoye gosudarstvo) so as to deprive this term of any associations with Ukraine. In 2016 a big monument was built in Moscow to Kyiv's Prince Volodymyr the Great. The design and size of the monument are very reminiscent of Prince Volodymyr`s monument in Kyiv, which was built in 1853 (on photo).

In 2017 during a diplomatic speech in Paris, Vladimir Putin said that French-Russian relations date back to an 11th century French queen whom he called «Russian Anna». Ukraine`s official twitter responded to that by saying that Moscow did not yet exist when Anne de Kyiv married French King Henry I in 1051. This funny twitter feud attracted the attention of several international media outlets. 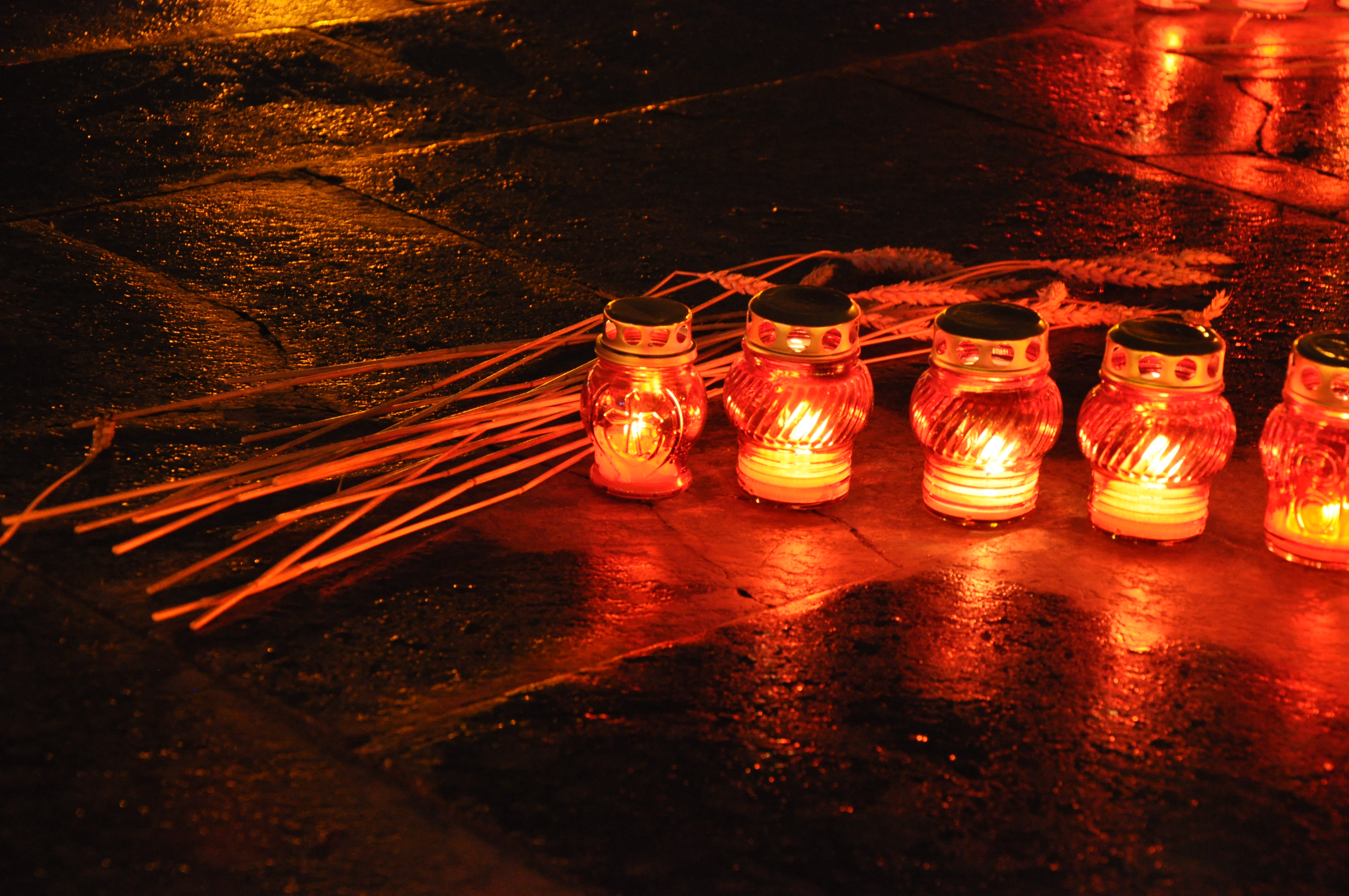 Holodomor – massive artificial famine of Ukrainian peasants in the Soviet Union in 1932-1933. The disclosure of information about the famine played an important role in the activities of the Ukrainian national-democratic opposition during the last years of the Soviet Union.

In independent Ukraine, President Victor Yushchenko (2005-2010) held an active campaign to commemorate the victims of the Holodomor and to raise the level of public knowledge about it. The president tried to establish the perception of Holodomor in similar status to the status of the Holocaust in Europe. For instance, he proposed to install the criminal liability for denial of the Holodomor. This idea was met by massive protests from opposition parties and sparked big political discussion in Ukraine. Besides, Yushchenko tried to make the Holodomor internationally recognized as genocide of the Ukrainian people. During 2005-2010, 14 countries proclaimed the famine of 1933 in Ukraine as genocide. It started significant diplomatic conflicts with the Russian Federation. Moscow tried to convince other states that the famine can`t be called genocide, because all Soviet nations suffered from hunger in 1932-1933.

Despite the fact that political conflicts over the Holodomor's perceptions are not topical in Ukraine right now, they still could return to Ukraine`s political agenda. In November 2017, Ukrainian President Petro Poroshenko expressed the idea to provide criminal liability for non-recognition of the Holodomor and the Holocaust.

The organization of Ukrainian Nationalists (OUN), a Ukrainian inter-war right-wing radical political organization, and the Ukrainian Insurgent Army (UPA), controlled by OUN, seems to be the most noticeable heroes of the political and military struggle for independence of Ukraine in the 20th century. However, their radical nationalistic ideology, episodes of collaboration with the Nazis and participation in interethnic conflicts made their reputation ambiguous.

Soviet historiography portrayed OUN and UPA as «fascists» and «traitors». Appeals to OUN`s legacy are still actively used by Russian propaganda to portray Ukrainians as nationalists. The word «banderovets» (from the name of OUN(B) leader Stepan Bandera) is used in Russian public discourse as a negative label to tar Ukrainians with.

The figure of Stepan Bandera was turned into a cult one in western Ukraine (the main area of OUN`s activity). More than 40 of his monuments were installed in this region in the course of 28 years of independence.

Ukrainian President Victor Yushchenko promoted the idea of reconciliation of Red Army veterans with UPA soldiers and UPA`s legal recognition as veterans of WWII. In response to this, opposition parties established monuments and exhibitions to UPA victims in eastern Ukrainian cities (where UPA actually never conducted any activities) and accused the president of nationalism.

The popularity of OUN and UPA in Ukraine rose after 2014. The veneration and honoring of the WWII nationalist underground, as the the most revealing historical example of an armed struggle by Ukraine with Moscow-led forces in the XX century, increased after the start of the Russian-Ukrainian hybrid war in 2014. In 2015, the Ukrainian Parliament legally proclaimed OUN and UPA as fighters for Ukrainian independence. OUN`s greeting of «Glory to Ukraine! – Glory to heroes!» acquired wide popularity in Ukraine after the Euromaidan events of 2013-2014, because it was actively used by protesters.

Starting from the middle of the 2010-s discussion over the nationalist underground unexpectedly turned to the Polish-Ukrainian one. In 2016 the Polish Parliament officially proclaimed the massacres of 1943 in Volhynia region as genocide of Polish people, organized by UPA. Most Ukrainian historians don't recognize this definition and emphasize that ethnic cleansing in Volhynia was executed mutually by the Polish and Ukrainian sides. In 2018, Poland introduced criminal responsibility for denial of «the crimes of Ukrainian nationalists». As a result, Ukrainian-Polish relations significantly deteriorated. 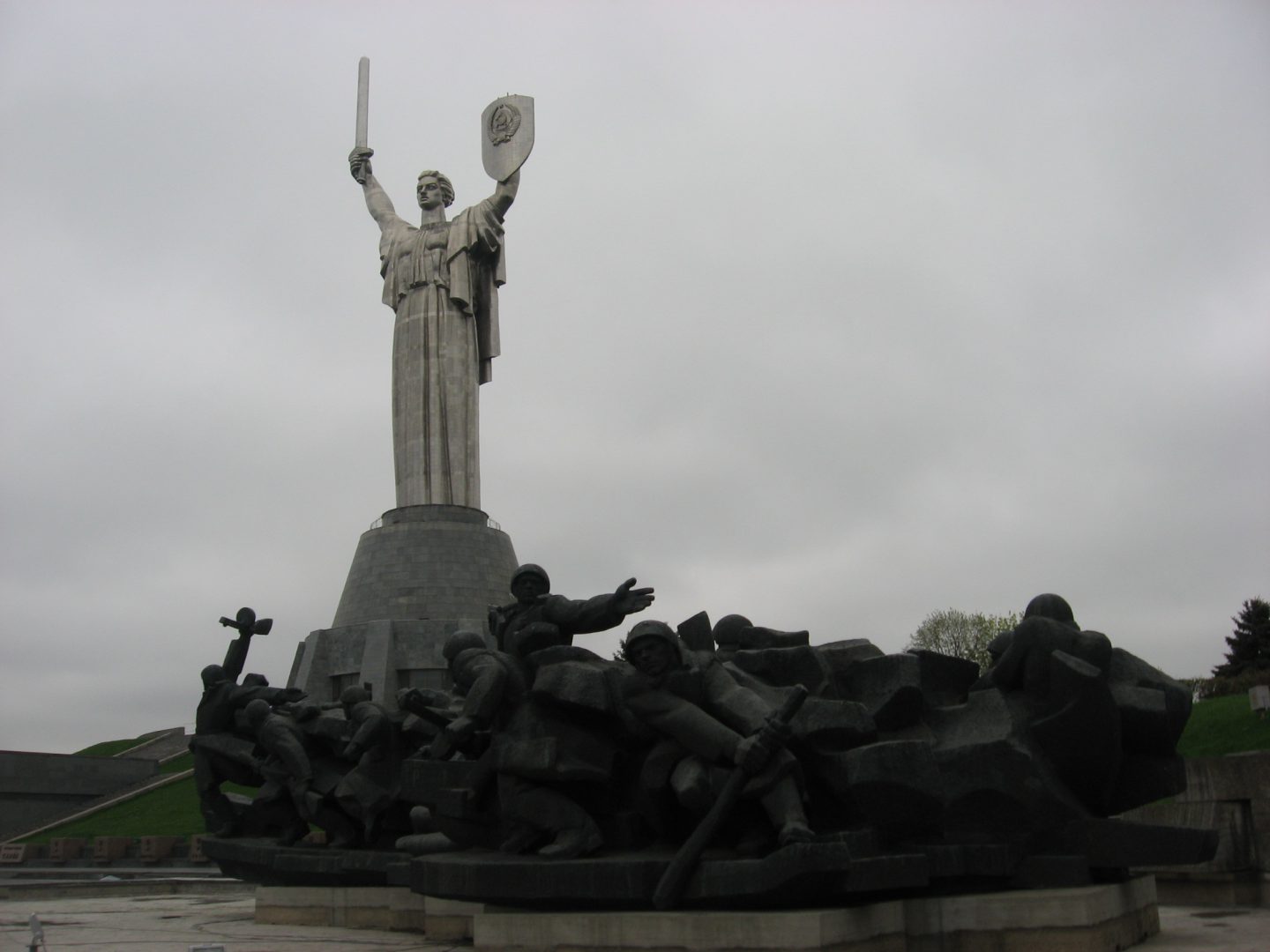 The concept of the Great Victory in the Great Patriotic War and liberation of Europe by Soviet army became a cornerstone of both Soviet and current Russian identities. At the same time, the majority of Central-Eastern European nations perceive their sufferings in WWII as being victims «between the flames of two totalitarian regimes» since the end of the war marked their dependence on the Soviet Union. Both described strategies of memories about WWII competed with varying success in different public spheres in Ukraine before 2014.

The start of the Russian-Ukrainian hybrid war changed the perception of WWII in Ukraine. Pro-Russian separatists actively relied on the Soviet memory model of World War II for the legitimization of their actions. For example, the separatist tanks' markings «To Kyiv!» echoed the Red Army's slogan «To Berlin!» Moreover, the Ribbon of Saint George, the main Russian modern commemoration symbol of Victory Day, had become a main symbol of «D(L)NR» separatists, who aimed to portray their war against the Ukrainian army as another war against fascism.

This resulted in the rethinking of World War II commemorations in Ukraine. The Remembrance Poppy (British and American traditional symbol of commemoration of fallen soldiers) shaped as a gunsight with the motto "Nikoly znovu" (Never again) became the new official symbol of Victory Day commemorations from 2014. The symbol shows a will to use Europe-wide forms of commemoration and to replace the triumphal perception of the Great Victory in WWII with victim memory forms, more common in Europe. The Ukrainian National Institute of National Remembrance noted that the _«perception of the Second World War as the Great Patriotic War, the revival of the Soviet traditions of celebrating Victory Day is used to restore and strengthen the ideological influence of Russia in post-Soviet space». _Ukraine also started to carry out most commemorations of WWII on May 8 instead of May 9, in accordance with European traditions.

Thus, different models of the perception of WWII served the identity of belligerents of the Russian-Ukrainian hybrid war. 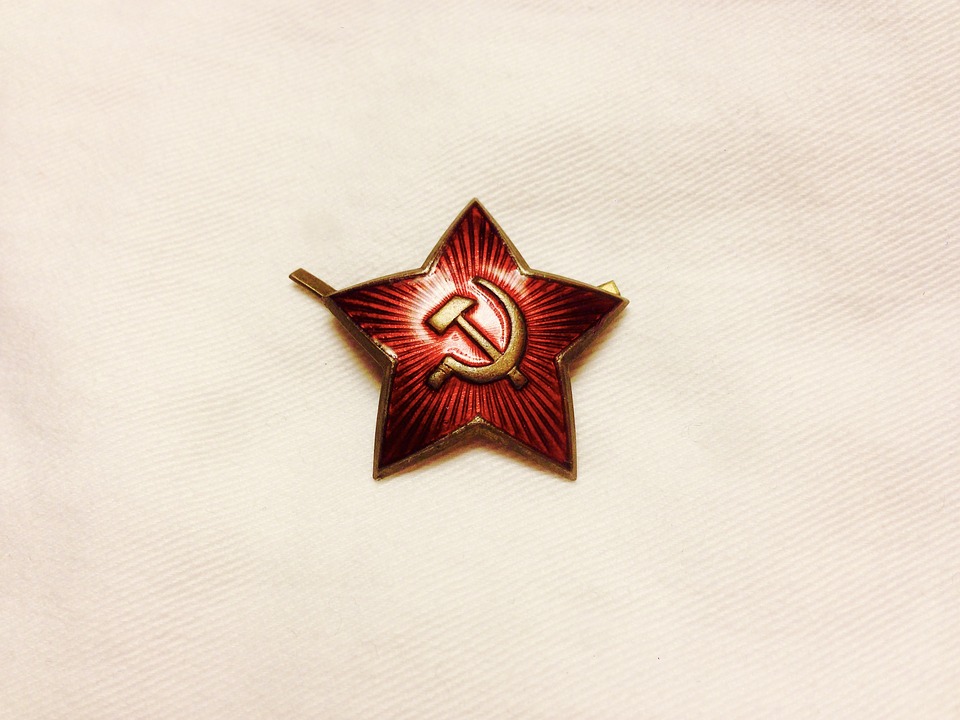 De-Sovietization, which in Ukraine was mostly reduced to the fight against object of Soviet cultural legacy (such as monuments, holidays or street and city names), turned into one of the most noticeable trends in Ukrainian politics and culture from the year 2014. De-Sovietization received legislative implementation in March 2015 when the Ukrainian Parliament adopted the law «On Condemnation of the Communist and National-Socialist (Nazi) Totalitarian Regimes in Ukraine and Prohibition of Their Propaganda and Symbols». The law prohibited the use of Soviet symbols, monuments and street names and introduced liability for «public denial of the criminal nature of the communist totalitarian regime of 1917-1991 in Ukraine, the national-socialist (Nazi) totalitarian regime».

Experts of the Ukrainian Institute of National Remembrance, a body of the central executive and the main promoter of the Law, called de-Sovietization one of the key tasks of democratic transformation. UINP Director Volodymyr Viatrovych defined the Soviet regime in Ukraine as occupational and named his main official task as transforming the Institute into a «national instrument for the overcoming of the totalitarian past».

This approach faced protests among a section of scholars and public figures. For instance, in April 2015, a group of more than 50 influential foreign and Ukrainian scholars wrote a joint letter asking President Poroshenko not to sign the law so as to keep politicization away from history. Critics of the law stressed that it doesn's provide any recognition of Ukraine`s participation in the formation of the Soviet Union. For instance, historian Georgiy Kasianov notes that Ukraine, in fact, «was one of the builders of this Soviet empire». Critics of the law also noted that the law could complicate the analysis of achievements of Ukrainian industry, education or culture during a 70 year-long period of history, since the law accepts liability for academic works.

Despite the fact that the majority of current de-Sovietization activities didn't receive considerable protests, conflicts over the re-naming of some cities with Soviet names (for instance, Komsomolsk) or low level of support of UINR`s initiative for cancellation of the holiday on March 8th(tradition with Soviet origin) show that Ukrainian society may not accept the full refusal and alienation of Soviet legacy.

Moreover, an important question remains whether current De-Sovietization is not only a superficial process of the fight against symbols or names, while the deep roots of communist legacies (patrimonialism in political culture; low level of development of democratic institutions; influence of former party nomenclatura; Soviet structures and approaches in science, culture and art, etc.) still remain powerful in Ukraine even today.

Andriy Liubarets
An analyst at Internews Ukraine
Next article

The Ukrainian Cossack has come to symbolize Ukraine’s ethnic image, much like the medieval knight of Western Europe or the Samurai of Japan. In fact, only a minority...
PODCAST
December 9, 2021