February 11, 2020
Women’s increasing presence in male-dominated fields has not removed the discrimination and pressure they face in Ukraine. 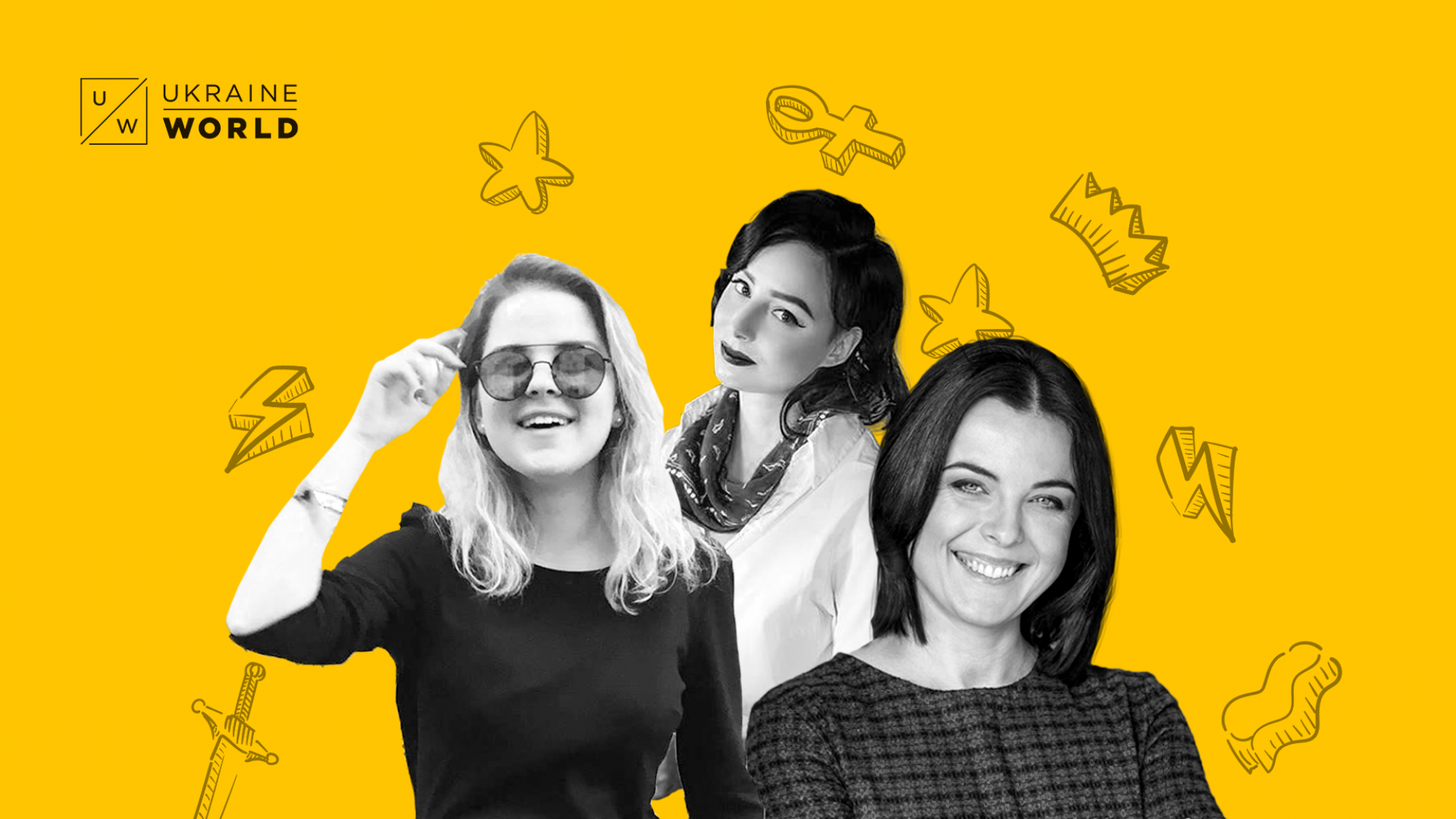 On top of a 21% gender wage gap, sexism, ageism, and other forms of gender-based prejudice are still parts of women's everyday lives.UkraineWorld talked to three women professionals in so-called "men's fields" in Ukraine to find out what kind of challenges they face and how they overcome stereotypes.

Read more stories in part one 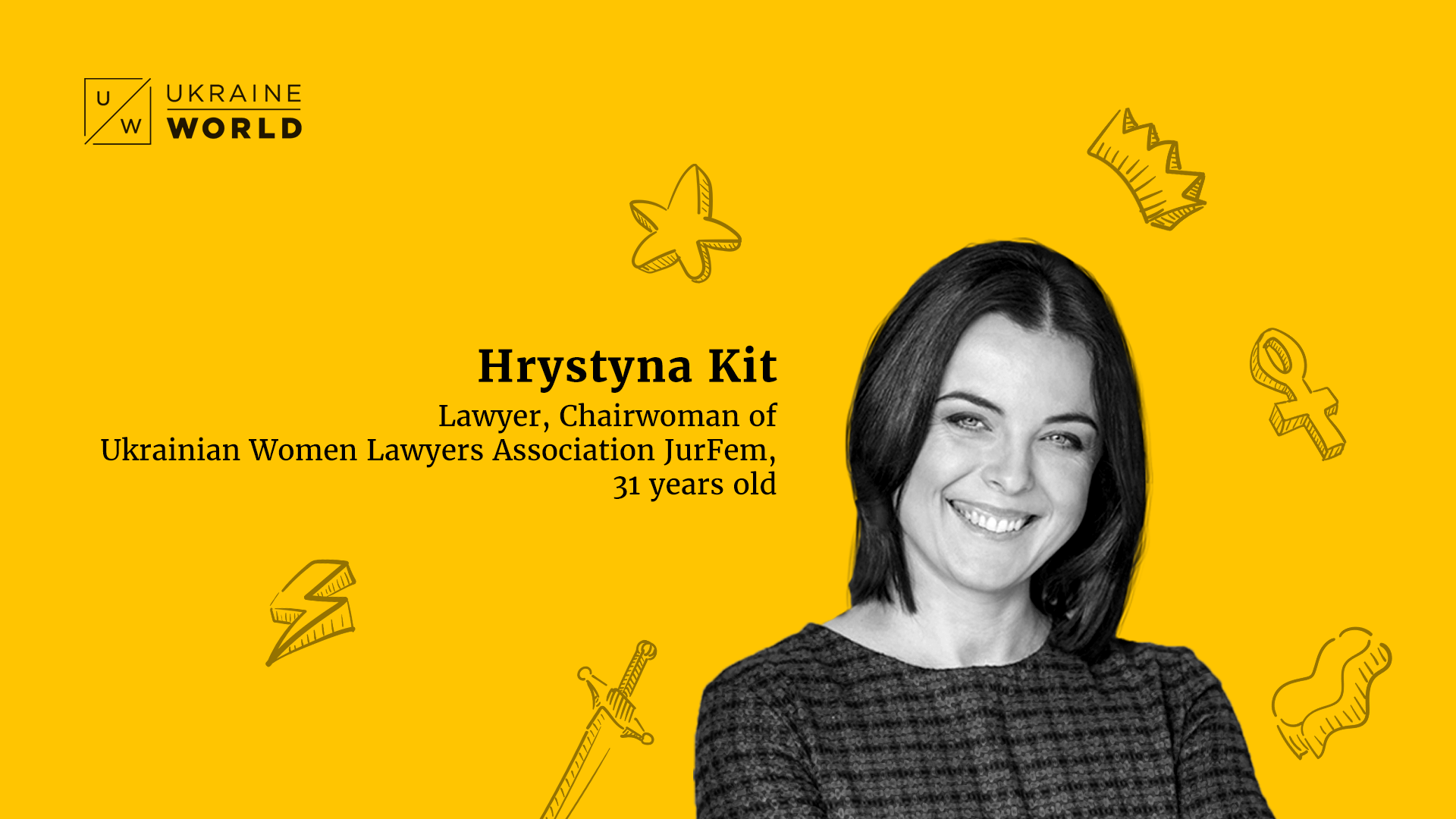 One time, I was waiting for a court hearing with the opposing counsel in the case. He gave me a very sad look saying, "I'm sorry you are so unhappy." When I asked why, he told me, "Well you are a woman, and the court is such a negative atmosphere! You absorb it and bring this energy home to your husband and children." Such things make me laugh, considering my experience. But this instance illustrates the perception of women in the legal profession by some of our male colleagues.

In 2017, we conducted a survey on "Women in the Legal Profession" to see whether women lawyers were willing to speak out or if they were identifying discrimination against themselves. Our findings showed that female lawyers live with the same conditions as other women and face similar cases of discrimination, prejudice and stereotyping. This includes being pressed on their future family plans when being hired to facing disproportionate challenges when climbing the career ladder.

In Ukraine, only around 20-23% of managing partners at law firms are women. When you have a situation where there are three to four men in leadership for every woman, it's obviously an unequal situation. Moreover, female attorneys and lawyers working in government agencies have shared their stories with my organization of sexual harassment from colleagues, executives, and opposing counsel in their cases. There are colleagues who say they haven't been discriminated against, but if you ask about specific behaviours or practices they have experienced during their time in the profession, then these women realize that they have indeed experienced discrimination and sexism.

Last year, we had several cases of women from the justice system calling to report about sexual harassment and pressure. And yet, they have not sought protection because they do not see any positive examples of the judicial process protecting their rights. Women are not always ready to speak out because of a lack of supportand the desire to keep their jobs.

Organizations and companies need to have specific policies against gender discrimination and gender-based harassment. Employers need to work with their teams to make clear which actions are human rights violations, as well as what violates the law.

For women to report misconduct, and for us to work towards prevention, we need to create a gender-sensitive atmosphere of security and trust.

We will not change the situation with criminal prosecution alone. 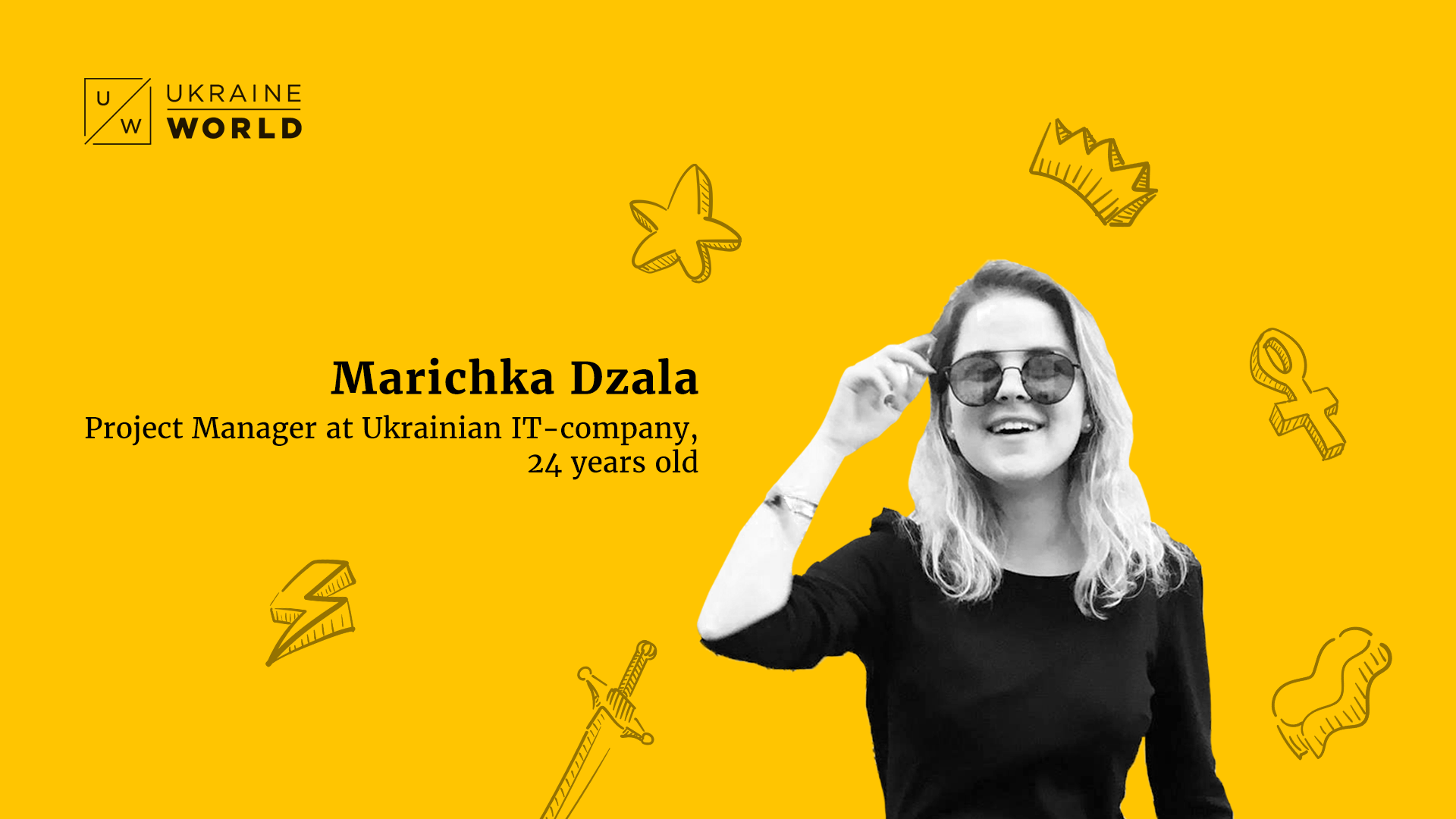 I would say that I was discriminated against at the university only where the teachers treated all students poorly. Some said, "poor girls, they got into applied mathematics, we should have mercy on them and get the exams waved." This was discriminatory against our guys. The second group would be like, "all are equal, everyone has to take the exam". The third type would say, "I don't believe that you wrote this. Prove it."

I have never felt discriminated against at work though. I started as a software engineer in my third year of studies. Now, as a manager, I feel like a team member. However, in some teams, with people over 30, it was weird that a 23-year-old was telling them what to do. Nobody has complained, but I still kind of felt it. But at that time, I got highly useful feedback which showed me my professional weaknesses. To be a good manager, you have to be responsible, in the right mind and have emotional intellect. This has nothing to do with a person's sex. In the modern world, discrimination is a remnant of the past.

One time, my boss was afraid to criticize me to my face. Instead, he did so to my colleagues, probably in order not to offend me. I doubt this would have happened with my male colleagues. On another team, I felt like the most protected girl in the world. Everyone bowed to my opinion, and they always supported me when needed.

At an IT-conference in Kyiv, a woman asked me "what's the point of encouraging girls to become IT specialists if they are dumb and cannot reach the level of men?" It was shocking because woman was a coder herself. Some men stood up for women saying they were good software engineers.

Being a woman nowadays is a challenge, regardless of your position or your field.

My challenge is that at work, I have to manage and do everything on time, while at home, I have to keep things clean, to self-develop, and to rest. That's in addition to looking pretty, eating healthily, and exercising and having a social life while being a good girlfriend. Where can I find time for all this? I don't know. 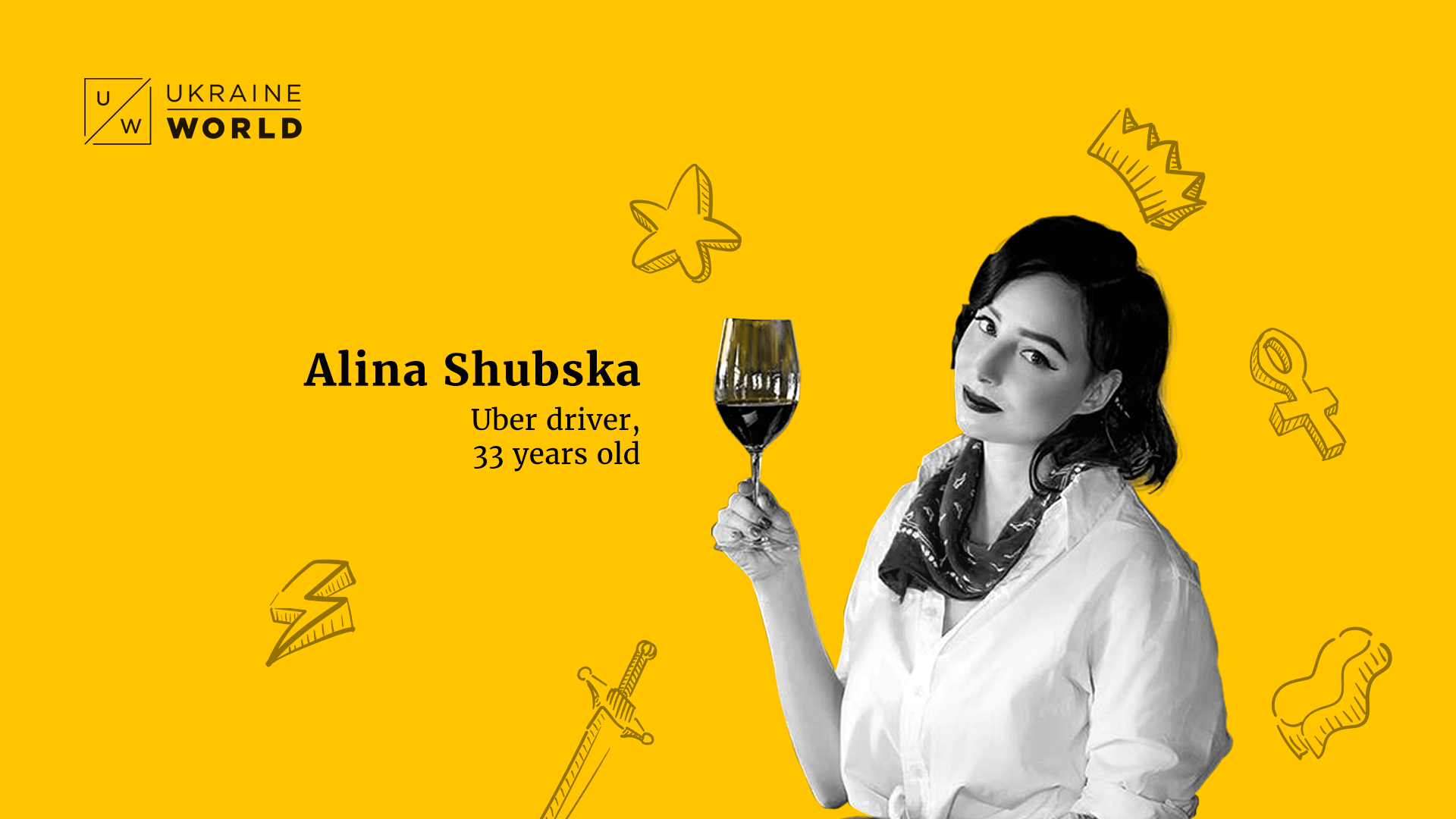 Men often cancel their Uber requests right after I get them. I think it's because I'm a woman. Men often try to point out how I should drive and when to change lanes. In general, the fact that their driver is a woman makes them a little uneasy.

I also really love that 'manspreading' thing when they put their legs so wide that you can't switch to fifth gear. Oh, and many are surprised that a girl can drive a manual transmission as if our brains weren't capable of comprehending it.

Within all this hype around the "female taxi" [a new taxi service in Ukraine for women and children- ed.], many men write [on social media - ed.] that they would like to ride in cabs with women because, supposedly, we are more careful in driving. Moreover, they would send their children or wives only with a woman driver. I often get messages from friends that they saw a female taxi driver, which means there are more and more of us. There seems to be a trend towards equality, considering also that incomes from taxi driving aren't bad.

Still, there is not enough respect for women, but a lot of sexism, instead. Moreover, we lack services with an emergency button.

You never know where you are going by car [as a taxi driver] and you cannot even protect yourself by sharing your location with your husband. I haven't had any dangerous situations, but it is scary to take groups of men to dodgy areas in the middle of nowhere.

Sometimes they hit on me. When that happens, I wave it away with jokes like "my trunk is already too full of passengers who hit on me". But it can be scary. When men ask me if I'm afraid, I ask them back, "Well, are you?"

In the seventh year of war in Donbas, locals are still trying to cope with difficult living circumstances, either with the help of the community, or on their own.
VIDEO
October 20, 2020

Andriy Bondarchuk is one of more than a million people who were forced to flee Russia’s war against Ukraine. In Kyiv, he started a new life and became a top taxi...