February 11, 2020
On February 11 President Zelensky dismissed the head of the presidential office, Andriy Bohdan, and replaced him with Andriy Yermak, his former aide. We asked Ukrainian reporters and political analysts what all of this means. 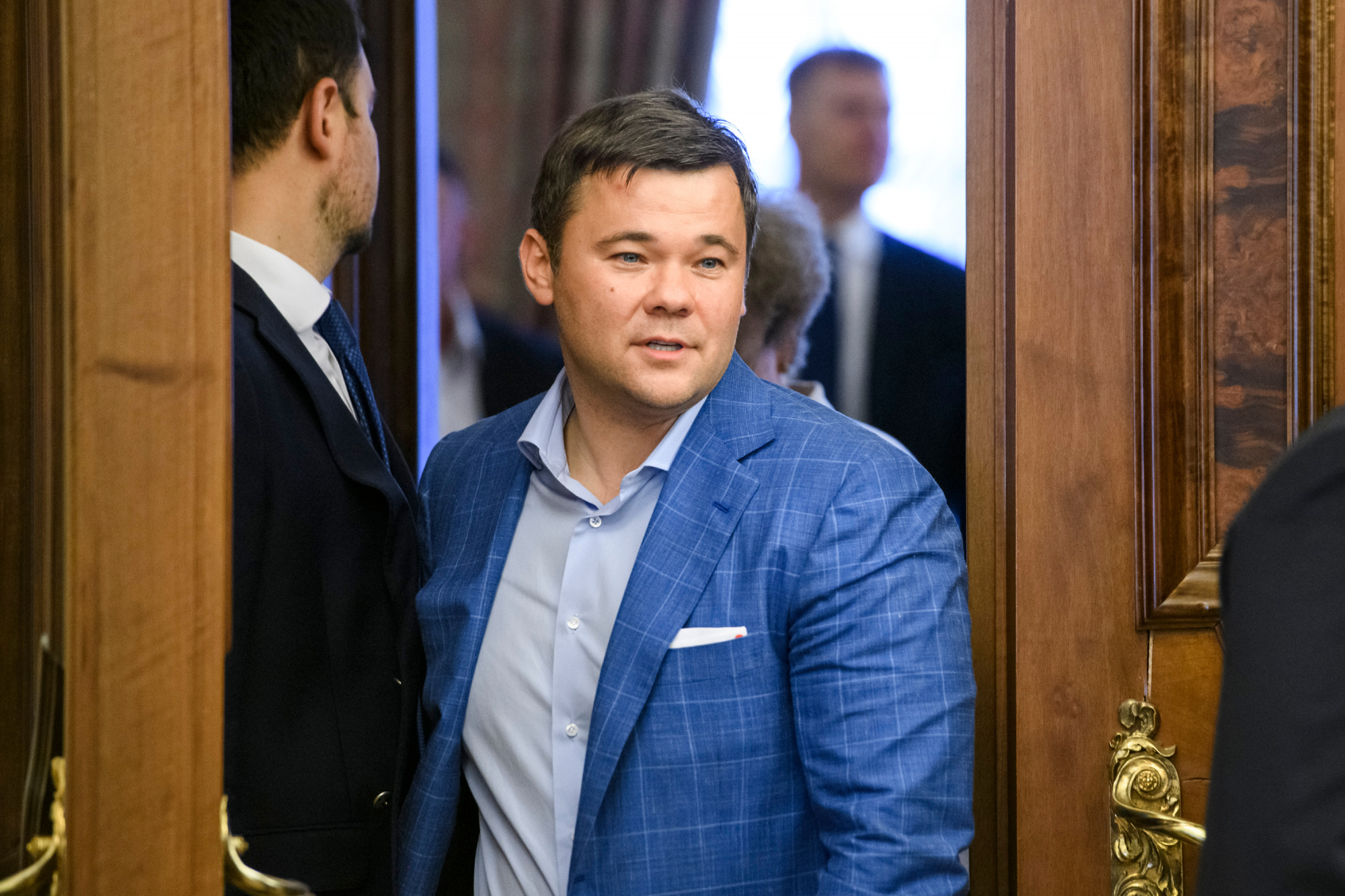 Bohdan has already played his role. Zelensky needed him at the initial stage of his rule because he had no team. Bohdan served as a battering ram for Zelensky. He helped the President to implement some legally grey decisions such as the dissolution of the Verkhovna Rada and facilitated the way in which the new convocation of the Rada worked in "turbo regime." Now Zelensky's team has been formed. It is structured, and key people in it - Yermak, Shefir and others - had time to adjust to their respective positions.

The President also demonstrates that he is drifting further away from Kolomoyskiy. I am not saying that Bohdan was Kolomoyskiy's person per se, but he was clearly the link between Zelensky and Kolomoyskiy.

Yermak is constantly declaring his loyalty to the President, and this means a lot to  Zelensky. Yermak will be aiming to calm down the scandals which have recently been raging in Zelensky's entourage and MPs of the "Servant of the People" faction. Zelensky's basic modus that the main enemy of Ukraine is not Putin, but internal critics - Poroshenko, veterans, volunteers, etc., - will not change. However, this approach will become more flexible.

It is hard to say whether Yermak's Moscow connections will play any significant role. However, recently we have made many concessions to Russia within the Normandy Format and with the exchanges of prisoners. Zelensky sees these developments as Yermak's huge successes, but I think these are dangerous moves for Ukraine. Zelensky's team is playing a dangerous game here, and Russia might snatch victory.

Bohdan's dismissal will help Yermak's influence group to rally around the President. The rivalry between Bohdan and Yermak showed that there is a clash between two influence groups. Letting Bohdan go was also Zelensky's way of publicly showing once again that he has nothing to do with Ihor Kolomoyskiy.

The most concerning thing about Yermak is his Russian connection, which he makes no attempts to hide. This might mean that Russian influence in Ukraine will gain ground. We cannot rule out the possibility that Yermak also has connections in pro-Russian political forces in Ukraine.

Initially Bohdan had the task of coordinating the Verkhovna Rada's work. He was expected to ensure Parliament's agenda and the voting process.  It was he who introduced the so-called "turbo-regime" in the Rada, when MPs were voting on dozens of bills a day. Bohdan also worked closely with the Cabinet of Ministers, defining the tasks of ministries.

Yermak is very loyal to Zelensky, and underlines on every occasion that he is fully the "president's man".

Despite rumours that Bohdan has remained close to Kolomoyskiy, I would rather say that he 'played for himself" rather than for Kolomoyskiy. Some of my sources even say that he became one of Kolomoyskiy's opponents.

Don't forget that it was Bohdan who had the idea of Zelensky's presidential bid, and convinced Zelensky to run for the presidency.

Bohdan came to the Office as a person close to Ihor Kolomoyskiy, and he is leaving the Office as Kolomoyskiy's opponent. He lobbied many laws which Kolomoyskiy was unhappy about, and said repeatedly that Ukraine opposes giving PrivatBank back to Kolomoyskiy.

During his work in the Office he had many conflicts with office members and senior Ukrainian officials. For example, the head of the Security Service of Ukraine, Mr Bakanov. Bohdan has a reputation of being a very high-conflict person.

Yermak is much calmer in this respect. Zelensky has become tired of constant conflicts inside his team; by replacing Bohdan with Yermak he wants to end these controversies.

Another important thing is that Bohdan knows how the Ukrainian bureaucratic and administrative system works. Therefore, he was capable of putting through decisions that Zelensky wanted. Yermak is, on the contrary, a person from outside the system. He cherishes personal contacts much more than an institutional approach.

Donbas is an integral part of a shared Ukrainian and European heritage. In our new video produced together with the Ukrainian Institute, we explain why.
PODCAST
February 20, 2019