July 9, 2018
Since the annexation of Crimea by Russia and the beginning of the war in Donbas in 2014, Ukraine has been facing the biggest forced internal migration since the Chornobyl nuclear disaster in 1986. According to the Ministry of Social Policy of Ukraine, as of March 2018, there were nearly 1.5 million internally displaced persons registered in Ukraine. Despite the continuing warfare, occupation and life-threatening circumstances, in the last two years the number of registered IDPs has been falling, with the authorities and NGOs pointing to constant and growing two-way migration. This prohibits us from having more accurate statistics regarding the number of migrants but it does provide information about the challenges they are facing. 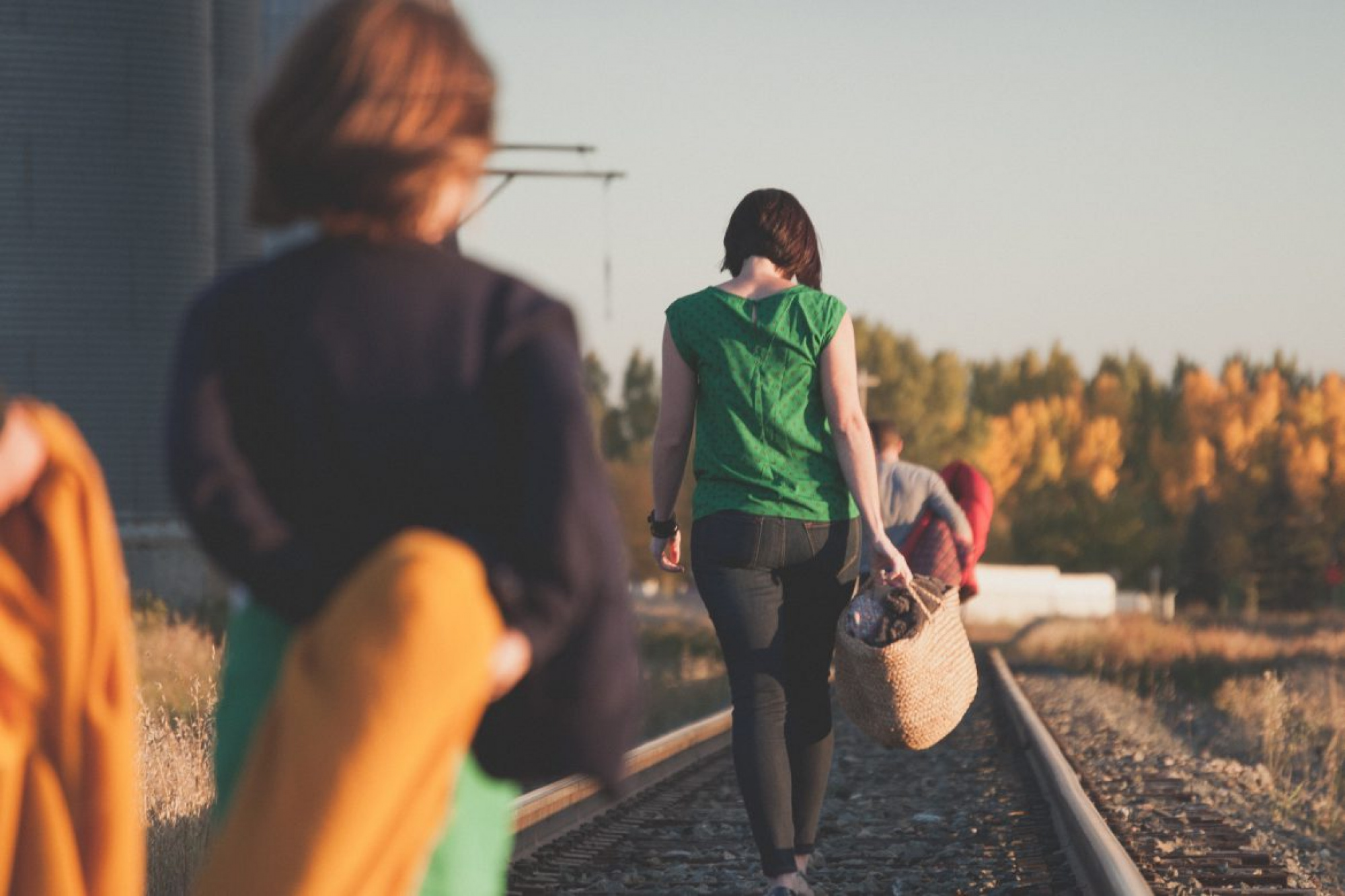 For IDPs, housing is the first problem to arise the moment they step out of their own homes. In 2014, when the first wave of migration hit the regions that neighbor Donbas, the local authorities and society tried to solve the problem by giving temporary accommodation in hospitals, summer camps, sanatoriums, etc. The conviction about IDPs as a short-term phenomenon appeared to be dramatically wrong. Thus, some of those living in temporary housing have now been doing so for months and even years.

In 2014 the same Government adopted a decree on the allocation of state aid for renting of housing and living costs, and it is still in force. However, less than 15% of registered IDPs receive the mentioned assistance.

One way of solving the housing problem is to build compact settlements and transit town s. Such projects were previously implemented in Georgia and Azerbaijan, and in Ukraine after 2014, but too often they proved to be expensive and unpopular. They are built isolated from existing settlements, which complicates social integration, employment, receipt of medical help and education.

"During the first wave of migration, we had many calls from people who were looking for temporary housing, as well as from the people who were eager to give such housing. Now we have very few such calls. People are now more or less informed about the national programs for resettling – meaning the absence of such programs, as such ," Olga Gvozdyova, Advocacy Coordinator of the NGO Donbas SOS, tells UkraineWorld. "For many IDPs, this became the main reason to return home."

In an interview for UkraineWorld, Dr. Thomas Lothar Weiss, Chief of International Organization for Migration Mission in Ukraine shared the latest data that was collected: "As of March this year, over half (54%) of IDPs have barely enough money to buy food on a day-to-day basis. The current average monthly income per IDP is UAH 2,239 (USD 85), a little less than the UAH 2,446 (USD 93) recorded in December 2017. These figures are below the current subsistence levels calculated by the Ministry of Social Policy of Ukraine of UAH 3,215 (USD 122) per month. Furthermore, the most problematic issues identified by IDPs were living conditions (20%), including problems with living space, insulation, heating, etc., high rent (15%), and high utility bills (15%)."

The situation is even more complicated because of the gender and age composition of the IDP community. According to the Office of the United Nations High Commissioner for Refugees, the proportion of men and women among the IDPs in the world is, in general terms, approximately equal. By contrast, in Ukraine, there is a significant predominance of women – 62% of IDPs. Moreover, only about 24% of the IDPs are able-bodied adults (and over 70% of them are women),59% of registered IDPs are retired, 13% of them are made up of children and 4% are persons with disabilities. Due to resettlement over half of the women who worked previously have become unemployed. They also belong to the most vulnerable part of the labor force and often face unfavorable working conditions and lower wages, according to the Ukrainian Institute of Social Research. Additionally, for 60.5% of women monthly targeted assistance is the main source of income against 53.8% of men.

Unemployment for IDPs remains a crucial point. According to the Kyiv International Institute of Sociology, at the beginning of 2018, 60% of migrants were employed, compared with 30% in 2015. The National Monitoring System gives slightly different data: currently, about 50% of IDPs are employed, compared to 35% in 2016. According to the IOM, as of March 2018, the share of employed IDPs was 48%. Notably, about 70% of able-bodied IDPs have a higher education.

About 3% of Ukrainians are internally displaced persons, which is the largest IDPs group in Europe. But in the last two years, the number of registered IDPs and people who apply for social assistance has fallen. In part, people have settled in their new places and do not renew their status, and there is also the problem of receiving or proving their IDP status, while another factor is the lack of financial incentive to do so. The benefit for an able-bodied person – 442 UAH (USD 17), for retired people and children – 884 UAH (USD 33), but not more than 2,400 (USD 91) UAH for a family. And IDP status should be renewed every 6 months. Without this, no person from the occupied territories can hope to receive social help. Moreover, social workers visit new places of dwelling in order to ensure that a person is not a fake migrant. "Receiving or renewing identification documents, social benefits and pensions are the main questions we are asked on the hot-line, not only from IDPs but from people who live in non-government controlled areas," explains Olga Gvozdyova. "The system of verification and after-service in banking and the social services makes many IDPs feel less welcome."

IDPs not only migrate to and from the war zone but also tend to settle closer to their hometowns, in the same region or in a neighboring region. Moreover, according to a survey by the IOM, 78% of returnees plan to stay in the NGCA during the next three months and only 8% plan to move to the Government-controlled area. "This is despite the fact that only 39% of surveyed returnees to the NGCA reported that they felt safe in comparison to 70% of IDPs in the GCA," Dr. Weiss says in his comments. "Most respondents (64%) indicated that the reason behind their return was the possession of private property and that they did not need to pay rent. The second most frequently mentioned cause was family reasons (43%)."

Acknowledging that IDPs are not a temporary problem , but an irreversible changing factor for the whole of Ukrainian society is the essence of the solution for these numerous challenges. "IDPs contribute their knowledge, experience, and ideas to their new communities," Dr. Weiss says. "We have seen many bright IDPs who have shown resilience and passion to develop their businesses in a new place, despite all the challenges they face. We just provide them with additional resources – assets and some training – but it is the motivation of our beneficiaries that makes the result so impressive. For example, our grantee Viktoria, who moved from the Donetsk Region to Lutsk, has renovated a local fish plant and currently employs 11 people! Another IDP and IOM grantee, Valeriy, runs his own greenhouse in a village in Volyn Region. He was elected a local deputy, takes part in cleaning the local lake and acquaints members of the local community with Crimean traditions."

War, climate change and the search for a better life in growing megapolises make some people leave their homes and others to build walls in fear of their stable, cozy lives. But human rivers can't be rolled back. Expanding the space of safety and possibilities for as many people as possible is the only way to scale the space of tents, despair, and loss.

What are Ukraine and Russia’s military options in the current situation? Is full-scale invasion a plausible scenario, or should we expect a limited intervention...
VIDEO
November 6, 2020