June 25, 2018
Although Ukraine has become a focus of international attention in recent years, it remains terra incognita for many audiences. Repeated conquests and their legacy of assimilation and cultural erasure have left the country, one of the largest in Europe, a mystery to outside observers. This is why it is important to learn what professional historians have to say about Ukraine. Though the library of literature on Ukraine is much broader than can be presented here, UkraineWorld picks 10 must-read books on the country's history. 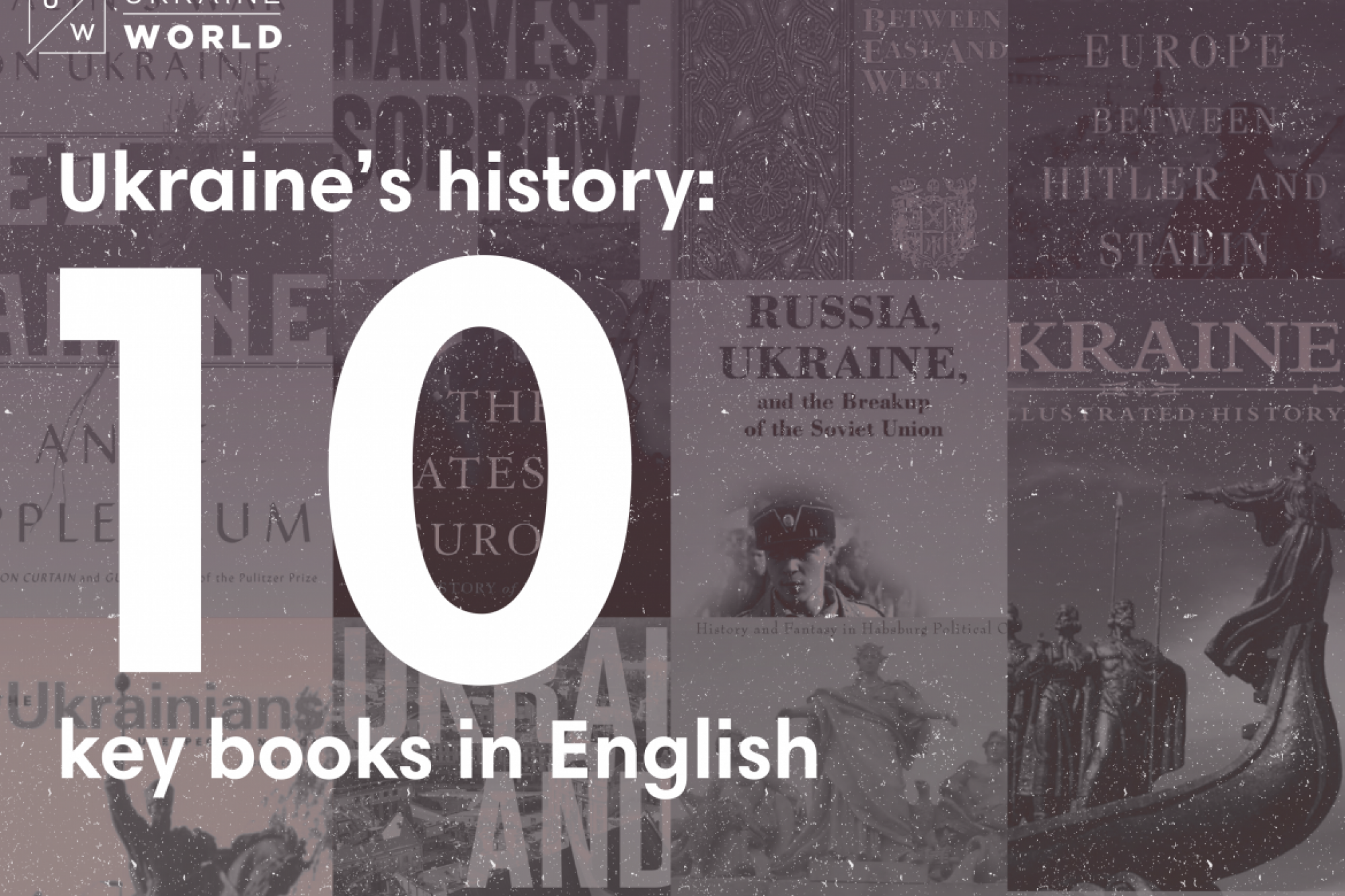 1. Serhii Plokhy, The Gates of Europe. A History of Ukraine 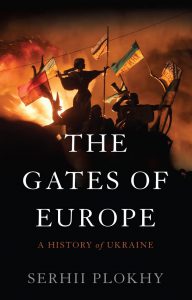 Harvard historian Serhii Plokhy, who was born in the USSR, spent his early years in Eastern Ukraine's industrial cities of Zaporizzhia and Dnipro before moving to the United States. His account of Ukraine is deep but accessible to a broad audience, a masterpiece of informed scholarship and rich storytelling. Plokhy surveys the Cossacks, Ukraine's independence in the early 20th century, Stalin's terror, the country's ethnic and religious tensions; he covers the country in antiquity and as it stands today. All of this makes _The Gates of Europe _and excellent introduction for readers with a limited knowledge of Ukraine's history. 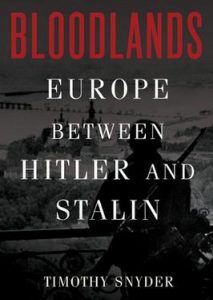 A classic book by one of the world's best historians, Bloodlands changed the perception of Central and Eastern Europe's 20th century history. Avoiding traditional approaches to writing history within national political boundaries, Snyder looks into what happened in Eastern Europe between 1932 and 1945 as a whole. He depicts a tragic history of the region (which was, perhaps, the most dangerous place to live on earth between 1932 and 1945), covering the Holodomor and Stalin's Great Terror, World War II and the Holocaust. Snyder's other books about the history of the Eastern Europe and of the 20th century are also worth utmost attention: The Reconstruction of Nations reviews Poland, Ukraine, Lithuania and Belarus between the 16th and 20th centuries, and Black Earth recounts the Holocaust as "history and warning".

3. Ihor Ševčenko, Ukraine between East and West. Essays on Cultural History to the Early Eighteenth Century 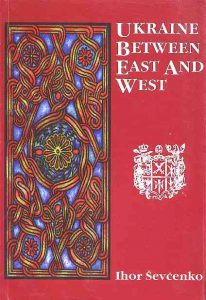 In his young age, Ihor Ševčenko (writing under the nom de plume of Ivan Cherniatyns'kyi) was the author of the first translation of George Orwell's Animal Farm into a foreign language (Ukrainian). Ševčenko later became a famous scholar of Byzantium (one of the best in his time) and medieval Rus at American universities, in particular at Harvard. Ukraine Between East and West is a must read for those who are interested in Ukraine's medieval and early modern history and identity roots, and who want to dig deeper into the cultural interconnections in Eastern Europe, in particular between Greek and Roman Christianity. 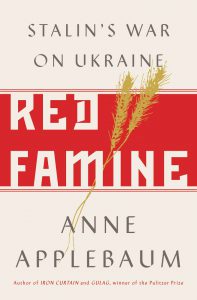 The most recent book by Anne Applebaum was published in November, 2017, and was quickly translated into Polish and Ukrainian (the Ukrainian translation was presented in Kyiv in May, 2018). After studying Eastern Europe as an essayist, traveler and historian (look at her 1994 book Between East and West: across the borderlands of Europe), then the history of the beginnings of the Cold War (Iron Curtain: The Crushing of Eastern Europe 1944-1956), and of Soviet concentration camps (Gulag: A History), Applebaum turned to the one of the most gloomy events in Ukrainian 20th century history: artificial famine organized by Stalin's regime against Soviet peasants in 1932-1933, which caused around 4 million deaths in Ukraine alone. One of the great assets of Applebaum's scholarship is that it is largely based on the work of Ukrainian historians in the past decades. This, in a sense, turns Red Famine into a bridge between Ukrainian research (which appears mostly in Ukrainian or Russian languages) and a global audience.

5. Robert Conquest, The Harvest of Sorrow. Soviet Collectivization and the Terror-Famine 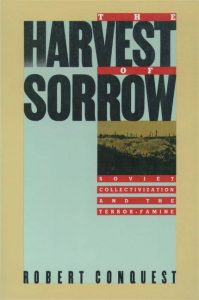 A classic book about the Holodomor, without which further studies like those by Applebaum would not be possible. Harvest provided a comprehensive, macabre picture of the tragedy to the Western audiences; it was published in 1986, but it still contains a lot of important information and estimations

6. Roman Szporluk, Russia, Ukraine, and the breakup of the Soviet Union 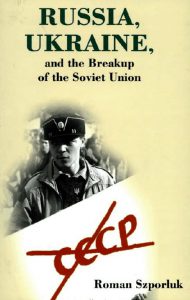 A study by one of the best American historians of Eastern Europe – Szporluk was heading Harvard Ukrainian Research Institute from 1991 until 2004 – this book looks into difficult relationships between nationalities in the Soviet Union, Russian attempts to dominate other ethnicities, and their failure to do so. It also looks at how the Soviet Union's new territories that were captured as a result of the World War II (including Western Ukraine, Baltic States, Western Belarus) fomented a viral nationalism which eventually spread all over the Soviet Union and contributed to its collapse.

7. Larry Wolff, The Idea of Galicia. History and Fantasy in Habsburg Political Culture

A brilliant book by one of the most interesting historians of Eastern Europe, The Idea of Galicia tells the story of an important region now divided between Poland and Ukraine, and its roots in the Austrian (and then Austro-Hungarian) imperial identity and atmosphere. A must read for those interested in European "demi-Orientalism" with regard to Eastern Europe in the 19th and early 20th century: Eastern Europe was regarded as an enigmatic borderland that was both exciting and frightening. Another Wolff's must-read book is Inventing Eastern Europe – a story of how Eastern Europe was discovered, understood, interpreted and mapped in the age of Western European Enlightenment. 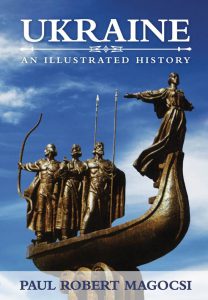 This book's value is clear from its very title: it is not just a history book but a picture book, narrating and portraying the history of Ukraine. Portraits of key historical figures, examples of Ukrainian visual arts, photos from recent events make the book an informative and visually impressive read. The book also contains a wide range of historical maps, illustrating how history can be understood through geography. 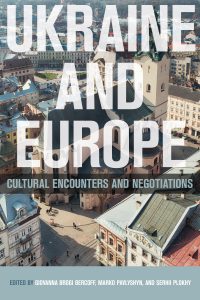 From a study of the literary and cultural links between Europe and Ukraine to an analysis of their political parallels, from the reception of Goethe in Ukrainian poetry to the country's present-day challenges during the 2013-2014 Euromaidan, Ukraine and Europe is a collection of essays that, in their broad scope, expose the reader to a wide range of topics about Ukraine and encourage further reading. The book contains articles by various prominent scholars, including such celebrities as Serhii Plokhy, George Grabowicz, Yaroslav Hrytsak, Natalya Yakovenko, and others. 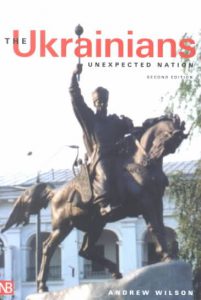 This book is written by a political analyst, not a historian. This is its unique contribution: although it talks a lot about history (the Cossacks, the Habsburgs, the Russians, and the revolutions, for example), its key aim is to understand contemporary Ukraine and the key topics behind the country's self-identification (such as its relationship with Russia, its geopolitics, its economics and religions, etcetera). The book was first published in 2000, but was updated in later editions; the 4th edition published in 2015 contains chapters on Orange Revolution, Yanukovych's presidency, and Euromaidan.

Volodymyr Yermolenko
The editor-in-chief of the UkraineWorld initiative.
Next article

Since 1998, the fourth Saturday of November has been commemorated in Ukraine as the day honouring the memory for victims of Holodomors, i.e. numerous attempts by...
PODCAST
December 9, 2021