March 11, 2022
His drive to divide and partition the country is only making Ukrainians more united. 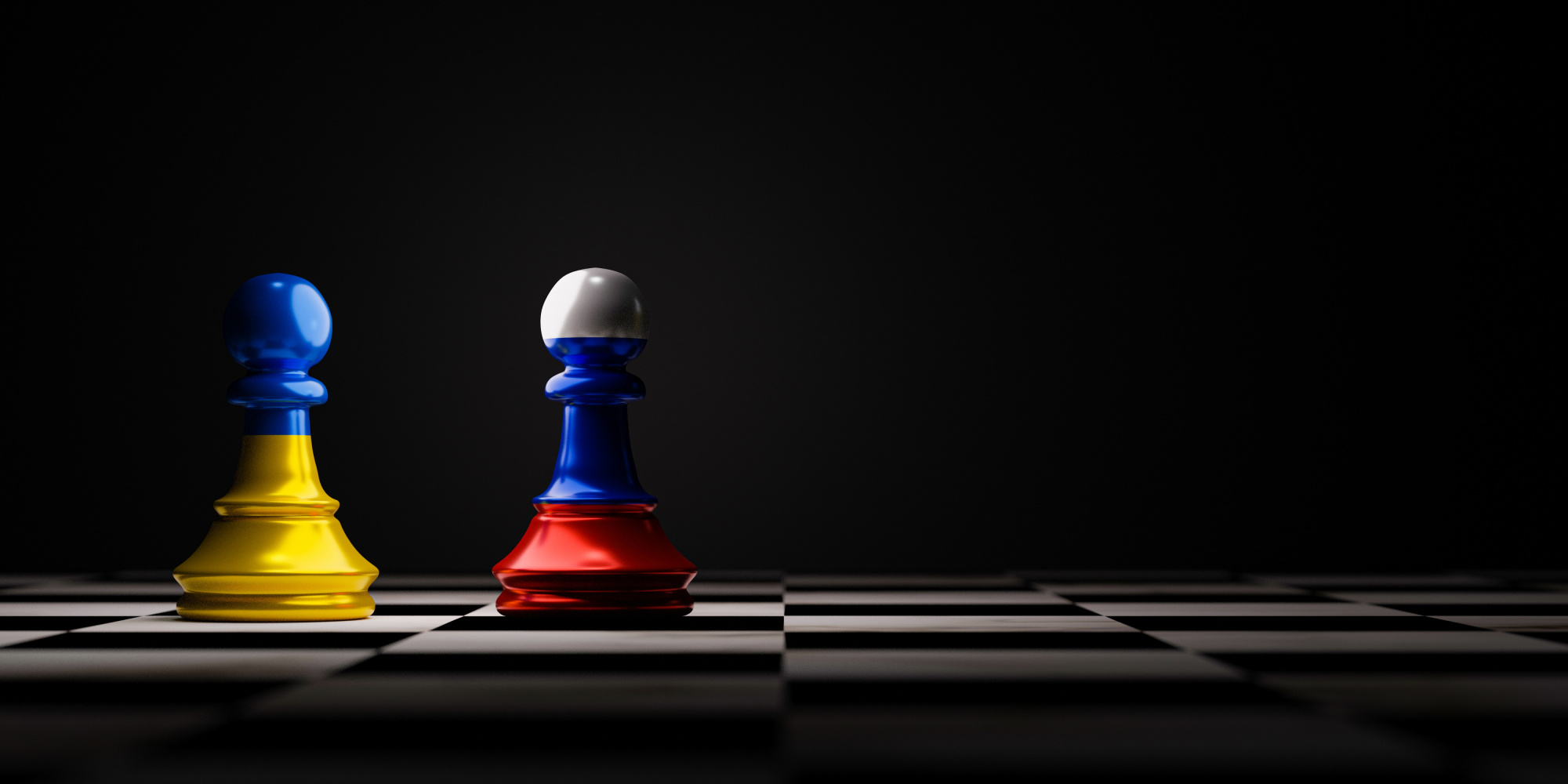 On February 24, Russia started a massive invasion of Ukraine.

Despite the Kremlin claiming the Russian army has entered the country as a "liberatory" force, it has mercilessly targeted Ukrainian civilians.

It has bombed residential areas, schools, hospitals, commercial buildings across the country and has violated negotiated deals to open humanitarian corridors for evacuation. Ukraine's State Emergency Service has said that at least 2,000 civilians have been killed so far.

The Russian army has also gone as far as attacking Ukrainian nuclear power sites in Chernobyl and Enerhodar, dangling the threat of a nuclear disaster in Europe's face.

All of this the Kremlin is trying to justify with cynical propaganda, dehumanising and degrading Ukrainians. Its general narrative during the past years has been that Ukrainians are not a nation; that Ukrainian identity was invented by "Nazis" and therefore Russia needs to "denazify" the country.

During the first days of the war, Moscow may have been surprised to learn, however, that the majority of Ukrainians hate the idea of becoming Russians and hate Russian authoritarianism with Vladimir Putin at its helm.

Contrary to what the Russian president says and is constantly repeated by the Russian media, Ukrainians have a strong national identity and know who they are as a people. As Ukrainian sovereignty is in imminent danger, it is important to emphasise that Ukraine has had a distinct centuries-old history and the idea of Ukrainian statehood did not emerge with the creation of the Soviet Union.

On the territory of modern-day Ukraine, various ancient polities have left their mark, including Greek colonies, Scythian tribes and the Khazar state. Its capital, Kyiv, was the centre of a powerful medieval state, Kyivan Rus', which connected Eastern Slavic lands with the Varangian north and Byzantine south. In the 17th century, the Cossacks, a Slavic warrior community based on the territory of today's Ukraine, established an autonomous political entity, which was under the cultural influence of Western Europe, Eastern Christianity, Judaism and Islam.

This distinct history has also produced a unique Ukrainian political culture that is anti-tyrannical in its nature. For example, Kyivan Rus' existed as a pluralistic polity for several centuries. Early modern Cossack statehood was deeply influenced by Catholic education, German law and Polish contractual politics. In 19th-century Ukraine, which existed within the borders of the Russian and Habsburg empires, Ukrainian intellectuals were defending decentralised and democratic politics, including poet Taras Shevchenko, historian Mykola Kostomarov, and philosopher Mykhailo Drahomanov.

This pluralist political identity explains why today Ukraine is not governed by one person and why Ukrainians have been rebelling whenever there have been attempts to establish authoritarian rule. Domestic authoritarianism in Ukraine is difficult to achieve and it has always been imported.

This partly explains today's war between Ukraine and Russia.

Ukrainians want to live in a democracy with guaranteed rights and freedoms and they perceive Russia as a place where these values are neglected and a tyrant's power is respected.

Russia, with its authoritarian traditions, sees the Ukrainian freedom-seeking political model as dangerous.

That is why it is suspicious about any Ukrainian political revival, which Putin has called "coloured revolutions" and turned into a domestic scarecrow.

The narrative laid out by Putin's propagandists about internal divisions within the Ukrainian society also does not reflect reality. One of these faultlines is allegedly along linguistic differences, with Putin suggesting that Ukrainian and Russian speakers are in conflict and the latter are necessarily pro-Russia.

He has claimed that in 2014, people took arms in eastern Ukraine to fight for "their language", trying to obfuscate what clearly was a Russian invasion of the country. He has pointed at language laws passed by the Ukrainian parliament as evidence of sharp divisions within Ukrainian society and part of the "forced assimilation" of Russians in the country.

But Ukrainian linguistic identity is not linear; language does not divide people into groups, and language identity is much more fluid than many outsiders assume. For example, a programme on Ukrainian TV can host a Ukrainian speaker and a Russian speaker who would communicate in their respective languages and understand each other without a problem. One can also hear conversations in the streets in which people start a phrase in Ukrainian and finish it in Russian, or vice versa. Multiple slangs mix the two languages and many people do not actually speak literary Ukrainian or literary Russian but something in-between.

Furthermore, language does not reflect political identity. One can also easily find a Russian speaking journalist or blogger who would stress the distinctiveness of the Ukrainian identity and discuss how to safeguard it from Russian propaganda. One can easily find a Russian-speaking Ukrainian who defended the country against the Russian invasion in 2014 and is doing so now, in 2022.

The fierce resistance against the Russian invaders in cities like Kharkiv and Kherson, which are majority Russian-speaking or have significant Russian-speaking population, is the final indisputable proof that the Kremlin's propaganda is simply absurd.

However much the Kremlin may try to divide Ukrainians through false historical narratives, the distortion of facts and outright invasion and landgrabs, all its aggressive behaviour is bringing the Ukrainian nation together and strengthening the Ukrainian identity. In the past, many Ukrainians may have perceived close relations with Moscow as something good, but today, it is perceived as the biggest danger the nation faces. Even before the war started, some 72 percent of Ukrainians identified Russia as a hostile state.

At the same time more and more Ukrainians are turning their gaze West-ward and are becoming convinced that membership in the EU is the way forward for the country. In the lead-up to the war, support for membership in the European Union grew to 68 percent and NATO to 54 percent — up from 14 percent in 2012, and it skyrocketed after the invasion, to 86 percent for EU membership and 76 percent for NATO accession.

According to another poll, 80 percent of Ukrainian citizens say they are ready to defend their country from a Russian invasion by taking up arms.

This means that by attacking Ukraine in 2014 and by invading it again in 2022, Russia has achieved the opposite of what it wants. It is not only failing to bring Ukraine back into its sphere of influence, but it is also inspiring even more resistance to its aggression and consolidating further the Ukrainian national identity. With its actions, Moscow is creating an infernal image of itself in the eyes of Ukrainians and strengthening their conviction that their future should not be tied to this horrible authoritarian state.

The material was first published on Aljazeera

The Ukraine-Russia Struggle Goes Way Back

After Russia’s illegal annexation of Crimea and occupation of part of Ukrainian Donbas, the country faced sanctions from the West, including from the US and from...
PODCAST
February 10, 2022

What is it like to live under a constant threat of Russian invasion? What are the possible scenarios in the coming weeks? Listen to our new podcast.