Ryanair cancelled its plans to enter Ukrainian market. Is this story over?

July 10, 2017
US Secretary of State Rex Tillerson paid an official visit to Kyiv on 9 July. A few days before he announced appointment of US Special Representative for Ukrainian Negotiations, Kurt Volker. 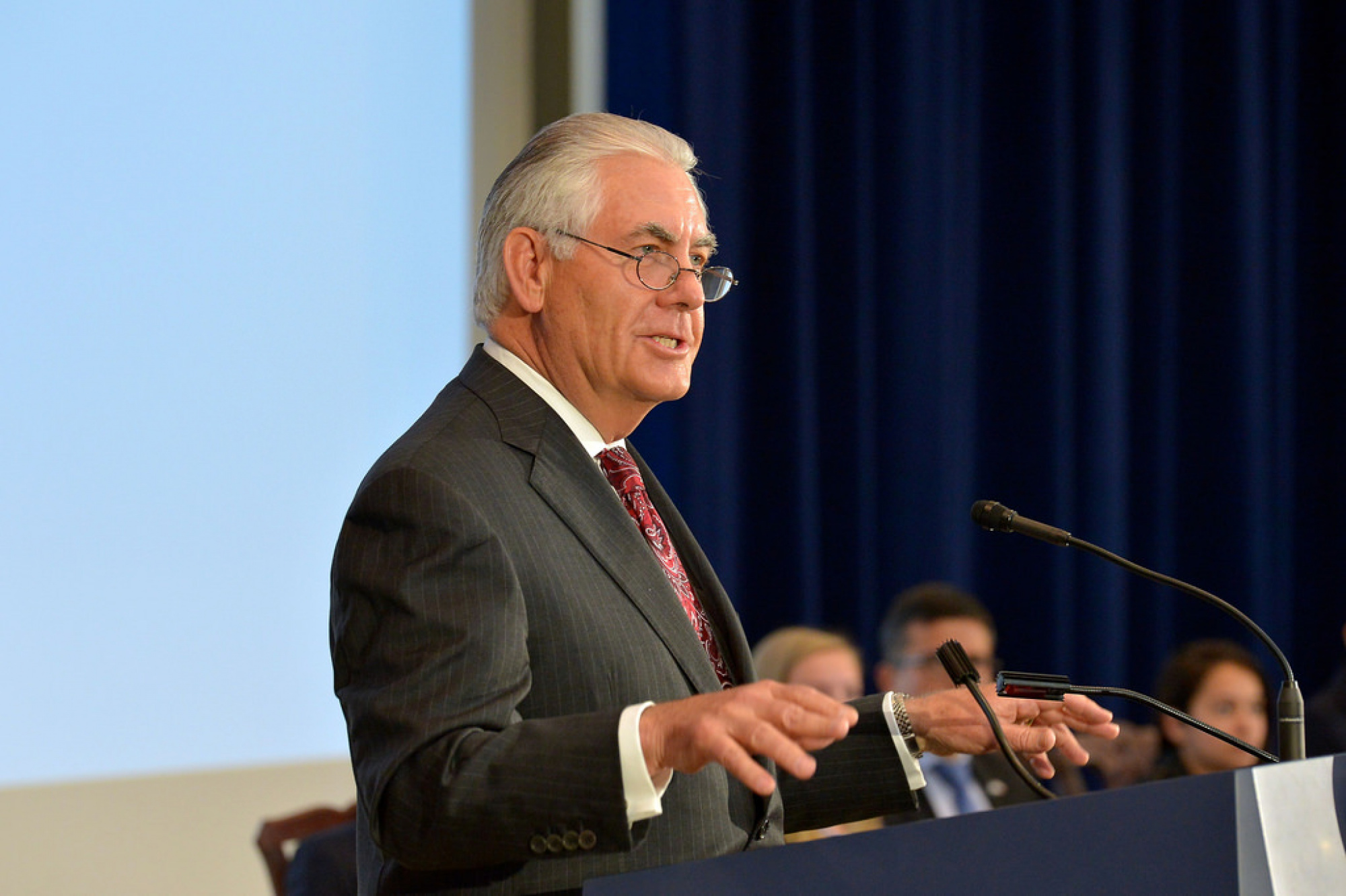 Here is what you need to know about these developments.

Before Tillerson met with President Poroshenko, he had a conversation with young reformers. Andriy Kobolyev, the head of Nafogaz, Mustafa Nayyem, Ukrainian MP, Lenna Koszarny, a managing partner at Horizon Capital, and Daria Kaleniuk, the head of Anti-Corruption Action Centre, had an opportunity to share their ideas with the chief diplomat of the US.

Daria Kaleniuk writes that Tillerson explained that "he wants to understand how Ukraine is performing in reforms, as successful reforms are important for Ukraine to succeed." Kaleniuk explained to him how some corruption schemes are still operating in Ukraine works and what should be done to deal with it. "People abuse the state office to rob the country, then they use dirty cash to invest into the elections and obtain control over more state resources. Such a situation ruins real market competition and makes monopolies for corrupt people, which prevents real foreign investments. […] I have recommended Secretary Tillerson to advise President Poroshenko to give up his political control over law enforcement and judiciary and let them to be independent," Kaleniuk notes.

Mustafa Nayyem, in his turn, asked Tillerson to drop all the diplomatic forms of speech and talk to the Ukrainian government frankly. "Tillerson has heard an opinion of Ukrainian reformers and therefore has a lot to talk about with President Poroshenko," Nayyem writes.

The agenda of Tillerson's conversation with President Poroshenko was mostly focused on Minsk agreements and Russian aggression against Ukraine. Both sides underlined their commitment to the peace process. Tillerson's points were quite clear, as he emphasized that USA supports Ukraine's sovereignty and territorial integrity and condemned the illegal annexation of Crimea and war in Donbas.

He recalled his negotiations with Russian leadership in which he "had repeatedly emphasized that it was necessary for Russia to take the first steps on de-escalation in the east of Ukraine." In this regard, Tillerson expressed disappointment over the absence of progress in the implementation in Minsk agreements. "That is why we appointed special representative to make an additional emphasis," US State Secretary underlined. Furthermore, Tillerson stressed that USA supports the restoration of Ukraine's sovereignty and territorial integrity. According to him, "sanctions of the US and the EU against Russia will remain in force until Moscow reverses actions that triggered these sanctions."

The sides also discussed Ukraine's reform process. In this regard, fight against corruption and judicial reform are the most important for the US. Finally, Poroshenko and Tillerson discussed cooperation in defense, security and cybersecurity spheres. They also reached important agreements in economic, energy and cultural fields.

A full transcript of Poroshenko-Tillerson press-conference is available here.

Kurt Volker, a former US ambassador to NATO under President George W. Bush, has been appointed to serve as the country's Special Representative for Ukrainian Negotiations. Volker is set to push for progress in the implementation of Minsk agreement and therefore will focus on the situation in Donbas.

Hromadske writes that Volker is well known in the so-called "transatlantic community" of diplomats, analysts, and politicians involved with NATO, the EU and Central and Eastern European security issues. "Kurt's wealth of experience makes him uniquely qualified to move this conflict in the direction of peace," Tillerson said, as quoted by Hromadske.

Volker's work will be based on the legacy of the former assistant Secretary of State Victoria Nuland — she was the one who negotiate the situation in Donbas directly in Obama's administration.

Decentralization Stories: Why Local Control is Key to Ukraine’s Recovery

Chancellor Merkel is preparing to step down after a decade and a half in power. What will her departure mean for German policy towards Ukraine and Russia?
VIDEO
March 11, 2022