January 25, 2020
In January 2020, Ukraine took part, as is tradition, in the World Economic Forum in Davos, one of the largest global events of the year. We went there too, and here’s what we saw and heard. 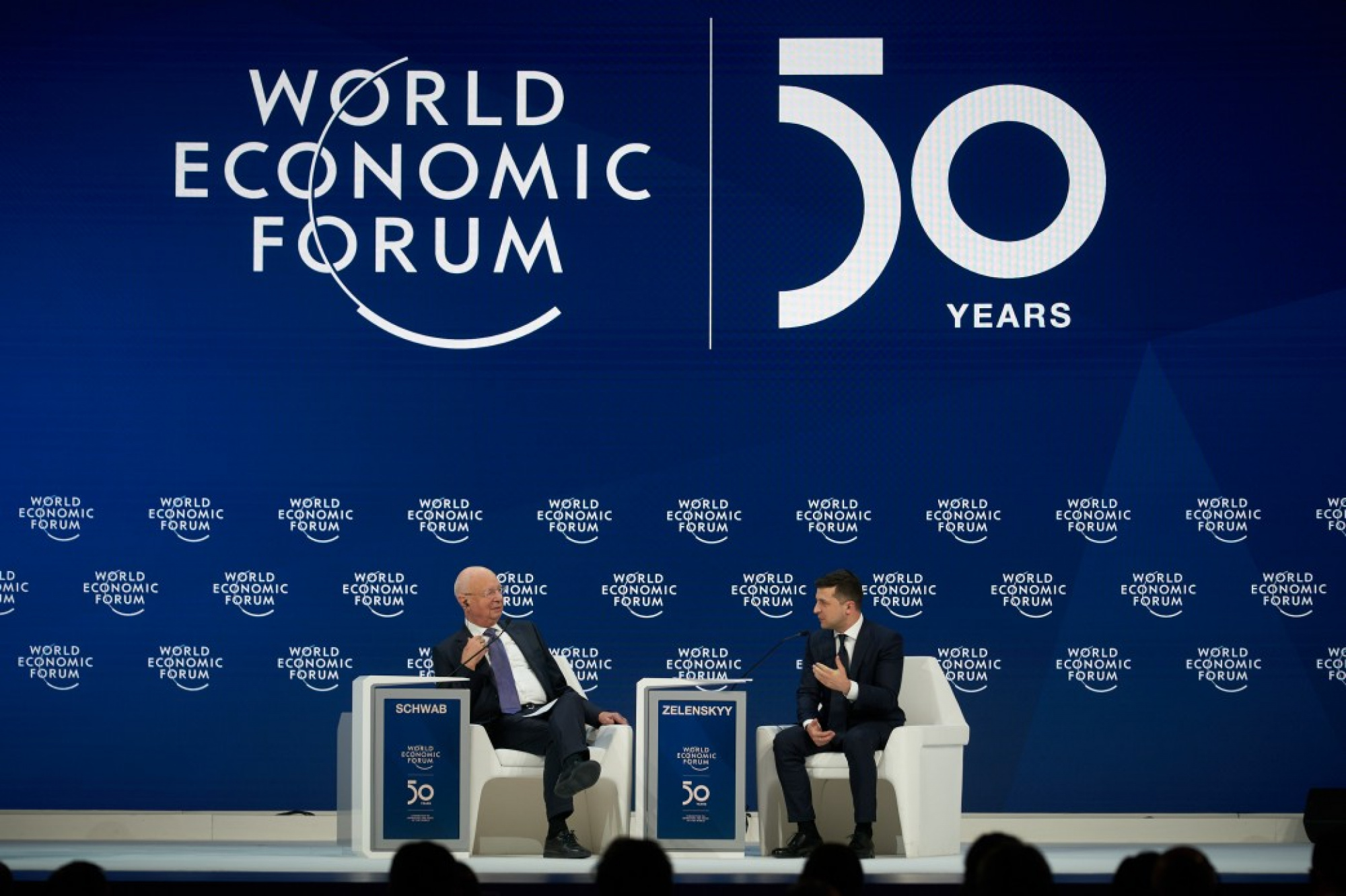 Ukraine’s presence was quite visible on the World Economic Forum. President Zelensky talked at the Forum’s key programme; Prime Minister Honcharuk spoke at the traditional Ukrainian breakfast; other Ukrainian officials and MPs also participated in numerous events. Ukraine House in Davos, sponsored by numerous organizations, was a highly visible place, events were usually full of people. The Ukrainian breakfast organized by Victor Pinchuk foundation had a full audience, as did the Ukrainian dinner on the eve of the event.

«Ukraine is now the best place to invest»: this was the key message of both President Zelensky and Prime Minister Honcharuk during their speeches in Davos. 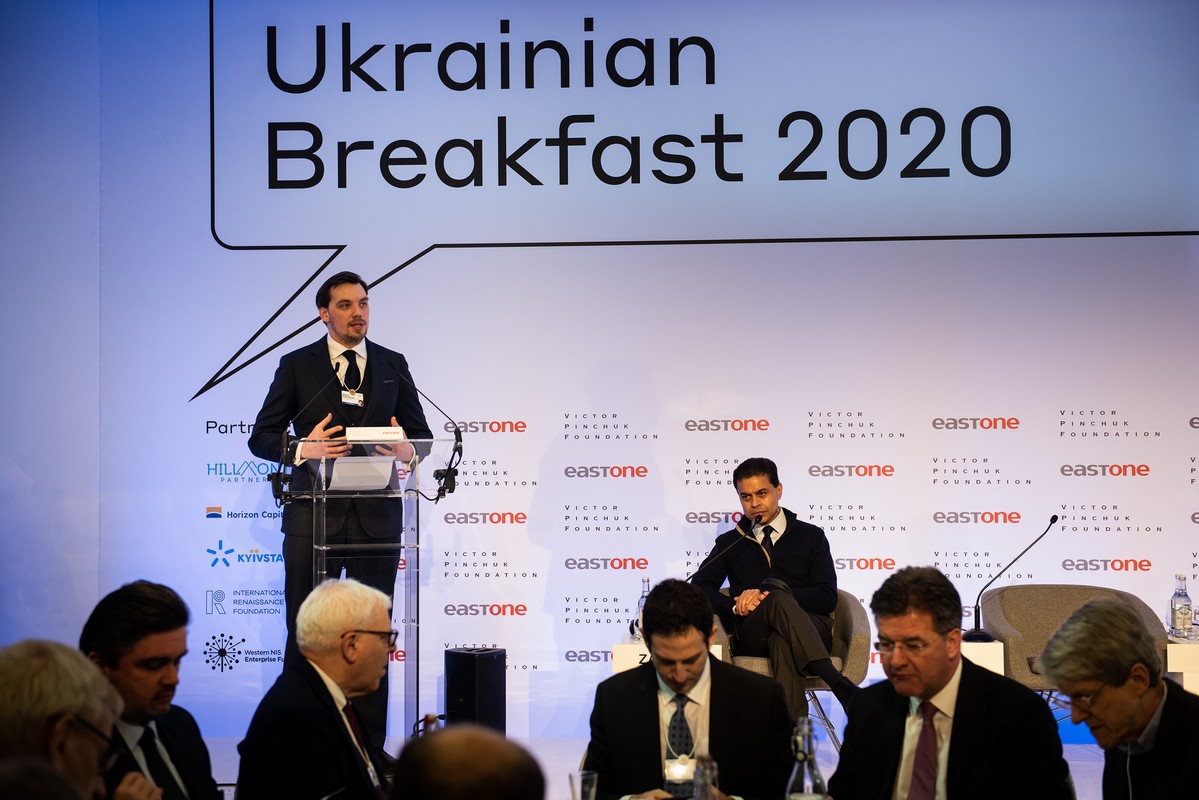 This is the idea behind «invest-nanny»: a concept, or rather a metaphor or a mem, invented by the Ze-team to make sure that foreign investors will get a warm welcome and help from the government.

According to the idea voiced by the president, investors willing to invest over $100 million will have a special manager from the government. «They want to give some help to investors that find Ukraine a difficult place to navigate», said Carl Bildt, former Swedish prime minister and a member of board of Yalta European Strategy, in a conversation with UkraineWorld.

The idea that big investors will have a special manager from the government might indeed sound good for a country wishing to attract foreign investors to boost its economy.

But the question remains whether it is a part of long-term planning and a systemic approach.

The key thing to increase Ukraine’s attractiveness for investors is to profoundly transform Ukraine’s system of rule of law, which still maintains a climate of «playing with the rules», not «playing by the rules». Transparent rules and protection against corruption and illegal takeovers is what investors expect.

It is still unclear whether Ze-team is able to deliver on that. The «manual» approach can hide the bigger need of systemic work which should ensure that any investors, big or small, will have good conditions for their operations in Ukraine.

Any investors, big or small, should have good conditions for their operations in Ukraine

4. A tool to attract foreign cash can turn into deals with Ukrainian oligarchs

An interesting episode took place during the Ukrainian breakfast in Davos. Oleksandr Yaroslavsky, a big Ukrainian businessman, asked Prime Minister Honcharuk whether the government will care about Ukrainian investors too, not only foreign ones. This question provoked enthusiastic applause in the audience, an indirect sign that Ukrainian businessmen had a high share of participation in the event. 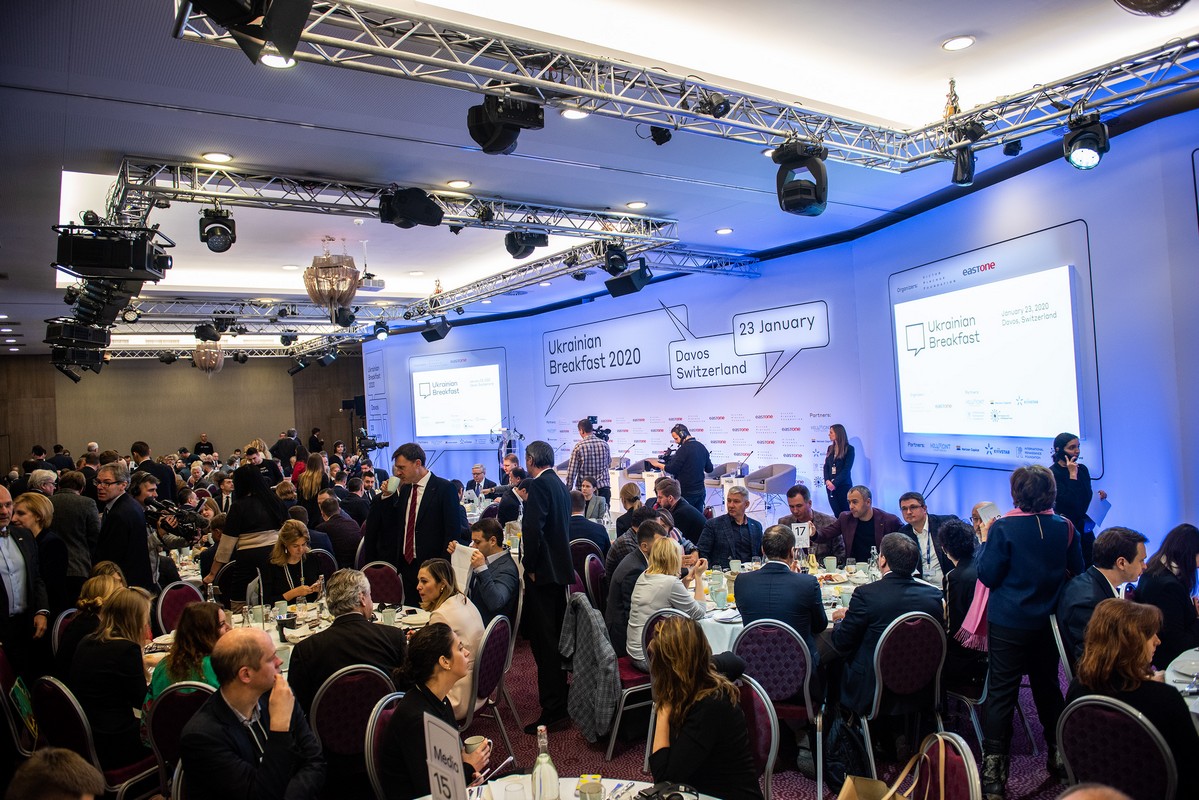 Honcharuk agreed: the government will facilitate work with domestic investors too. But here is the issue: if this is so, the idea of privileged relations with big foreign investors can turn into a tool for Ukrainian domestic big businesses and oligarchs to have privileged access to decision-makers. If Ukraine turns this «nanny» inside, the whole idea will collapse.

5. Talks with IMF are ok

Last year was not ideal for Ukraine-IMF talks. The influence of oligarch Ihor Kolomoysky on the Ze-team was a worrying aspect for the Fund: Kolomoysky wants to get back nationalized Privat Bank and considers the IMF to be his enemy. There were fears that the IMF programme for Ukraine will fail this time.

Davos showed that these fears were unjustified. On 22 January President Zelensky, Prime Minister Honcharuk and Finance Minister Markarova met IMF Managing Director Kristalina Georgieva. Our sources in the government have confirmed that the talks were successful. No details have been disclosed yet, however.

6. Ze-team is still chaotic in communication

There was a media scandal too. On 22 January Ukrainian media quoted David Arakhamia, head of the Servant of the People faction in Parliament, saying at a discussion panel in Davos that it is wrong that Ukraine accepts fully “legislative harmonization” with the EU. Some Ukrainian media reported this story under the headline that Arakhamia wants to “stop EU integration”.

Arakhamia quickly refuted this interpretation of his words. «Any revision [of EU-Ukraine common rules] will be made exclusively within the frameworks of the Association Agreement», he told UkraineWorld.

Head of SP faction: any revision of EU-Ukraine common rules will be made exclusively within the frameworks of the Association Agreement

«It is impossible to doubt the intentions of the Servant of the People party, which approved more EU integration laws in 3 months than its predecessors did in 5 years», he added.

Yet, he admits that his statements in Davos were not coordinated with the party or the government, and were only his «personal remarks», as he tells UkraineWorld. They were not sufficiently careful, as could be expected from a faction leader. Their exaggerated reception and possible poor reception by the international community was not carefully anticipated either.

“Unfortunately, miscommunication [by the Zelensky administration] is present in many fields which play a key role for Ukraine: security, EU integration and integration with NATO”, Maria Ionova, opposition MP from the Petro Poroshenko-led European Solidarity faction, tells UkraineWorld.

7. Ukraine’s image in the US is not as bad as it seems

The Trump impeachment trial in the Senate started precisely at the time of Davos forum. As Ukraine is in the spotlight of the whole impeachment scandal, attention to Ukraine’s perception in the US is high.

John Herbst, former US ambassador to Ukraine, who now runs the Eurasia Centre at the Atlantic Council, calls not to exaggerate the risks even if Trump gets reelected. So far Trump and his allies have been unable to push his policies of rapprochement with Russia. “They come with an idea of easing sanctions against Russia, but are slapped down by Congress, which passes harder sanctions. Trumps plays with the idea of recognizing Crimea as part of Russia and then gets Pompeo’s declaration saying US will never recognize Crimea as part of Russia”, Herbst tells UkraineWorld.

If Trump wins a second term, he will be more powerful, but will still face the strong position held by his principal advisers, who believe in supporting Ukraine against the Kremlin’s aggression, Herbst says. Congress has the same sentiments: Republicans in Congress, especially senators, pushed Trump to release military aid to Ukraine. "So I think between Congress and his senior advisors President Trump will not go too far in the wrong direction", Herbst concludes.

Alternative energy is not only good for ecology — it also provides new opportunities for economic development. Tuzly village in Southern Ukraine has benefited greatly...
PODCAST
January 14, 2018