February 6, 2020
Women’s increasing presence in male-dominated fields has not removed the discrimination and pressure they face in Ukraine. 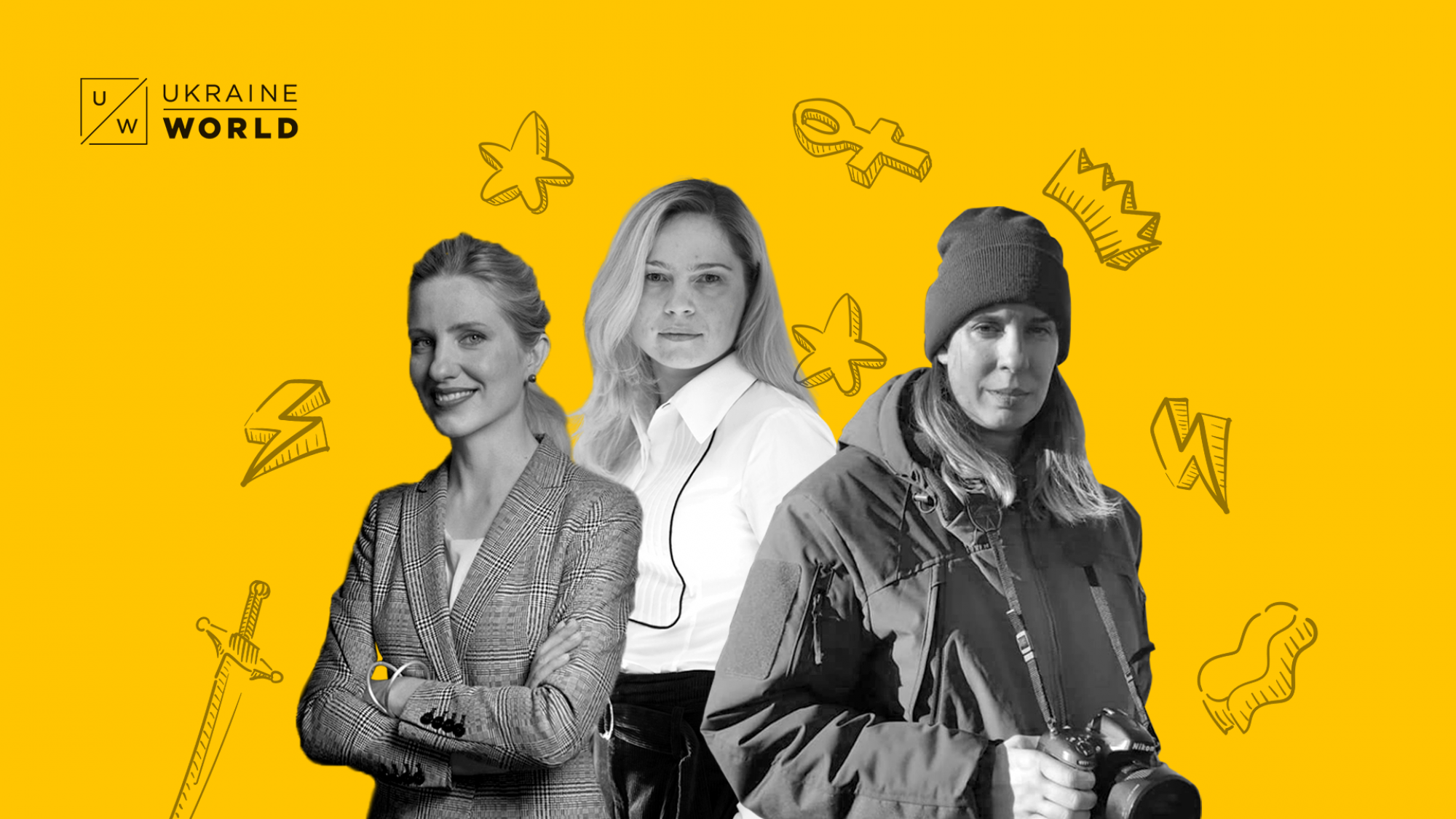 On top of a 21% gender wage gap, sexism, ageism, and other forms of gender-based prejudice are still parts of women’s everyday lives. UkraineWorld talked to three women professionals in so-called “men’s fields” in Ukraine to find out what kind of challenges they face and how they overcome stereotypes. 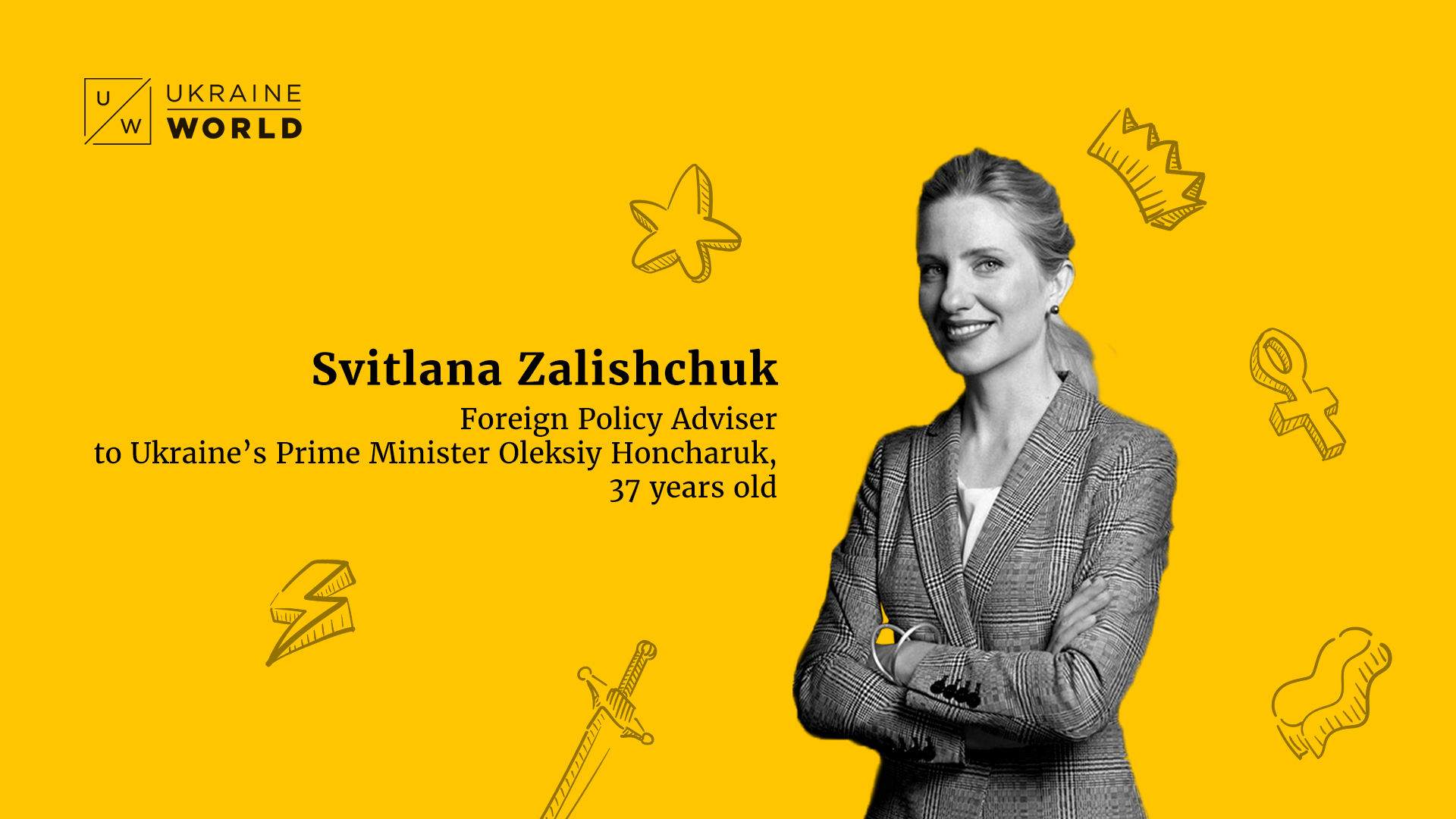 One day, I came into the cafeteria in the parliament building and the seller asked me "Girl, what are you having?" She would never have spoken to a man like this, as she understands that a man dining in the parliament is most likely an MP who cannot simply be called "boy." It wasn't meant to be offensive, but it is another sign that young women are not expected to become politicians in Ukraine. Of course, there is ageism, whereby you're not taken seriously. There is this condescending attitude toward young women.

Several times in delegations abroad, led by men, I and other women get introduced like, "Please, meet the greatest beauty of our parliament." Usually, you resent it because you want to represent yourself not as something beautiful for men to look at, but first and foremost as a professional who fights for sanctions, for the liberation of our political prisoners, and for other objectives of our country's foreign policy. You understand that it undermines your authority and creates some misunderstanding in the eyes of our international partners.

It seems that society itself today is more ready for women to hold an active role in political life than is the culture within the elite club of those adjacent to politics.

But the situation has been changing in the past few years. It seems that society itself today is more ready for women to hold an active role in political life than is the culture within the elite club of those adjacent to politics. I link it to the Revolution [Euromaidan - ed.] and the war [Russia's war against Ukraine- ed.], in which we have seen women working as volunteers and paramedics.

To remedy this historical and economic injustice, we must implement a quota which provides an opportunity for role models to rise in parliament, in foreign policy positions, and the public sector. When it becomes normal for women to have these positions, the need for the quota will disappear.

We can already see that there are twice as many women in the current parliament[20% of the chamber - ed.] than in the previous one. Hopefully, this share will increase with the new electoral code, which hasa quota for women of almost 35%. This is definitely progress - perhaps not as fast as we would like, but the state is moving there. 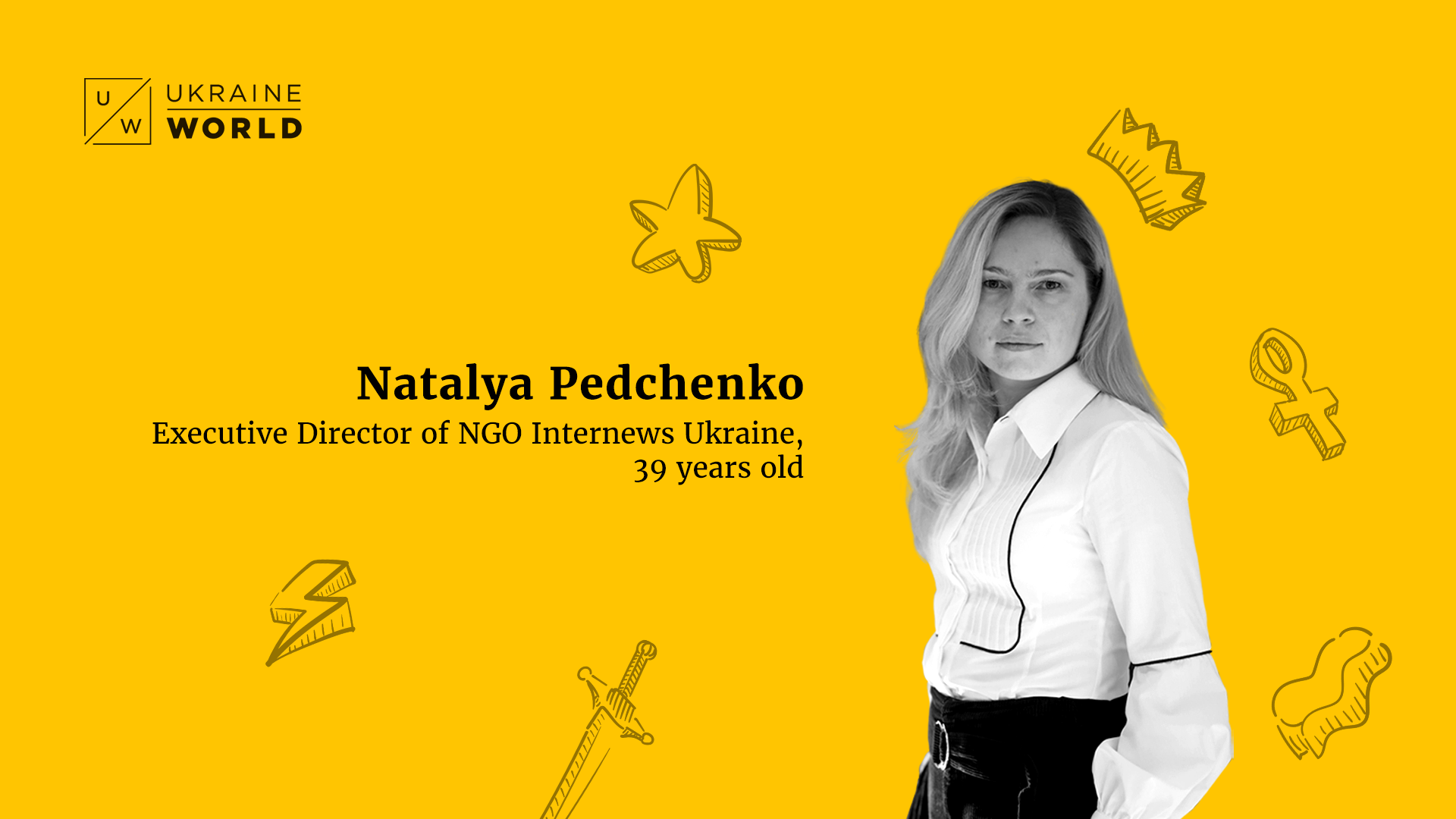 I became the executive director of Internews Ukraine when I was 27. It was after the Orange Revolution. The environment was changing rapidly and we had to adapt. My colleagues were not very surprised when I got the job (I actually had spent the past few years practically living at work). Some partners and clients were. When it came to dealing with those people, I thought that maybe I should dress more seriously, or put on more makeup." Now, I smile at the idea of having thought such things.

After 12 years, the situation is different.

When women become prime ministers at 32 years and billionaires at 18, ageism becomes less relevant, especially in industries that focus on innovation.

I always respond to issues with actions instead of just words. At Internews Ukraine, women do not receive less wages than men, they hold most of the leadership positions, and they do not lose their jobs after having children. Instead, they are provided with everything they need to successfully combine motherhood and work. Some even joke that it is men who are discriminated against here because they are the minority. But the environment at Internews Ukraine is about meritocracy: the most capable and hardworking people are promoted, regardless of age or sex.

I am most annoyed by the shaming of women as "careerist". This includes cliches like "she walks over dead corpses to get ahead" and "she doesn't care about her family." However, the number of people who think that way in my environment is shrinking.

In our society, there are plenty of stereotypes which should have no place at all. Every person has their own path. Every woman can decide whether to be effective in one role, or in several (mom, wife, businesswoman, scientist, etc.).

It is unrealistic to fix this attitude in the short term. I believe in change through the introduction of professional guidance in our education system, regardless of gender. Individual talent is what really matters. There is nothing wrong with marrying and raising children, but it should be a conscious choice, not a standard imposed by society. 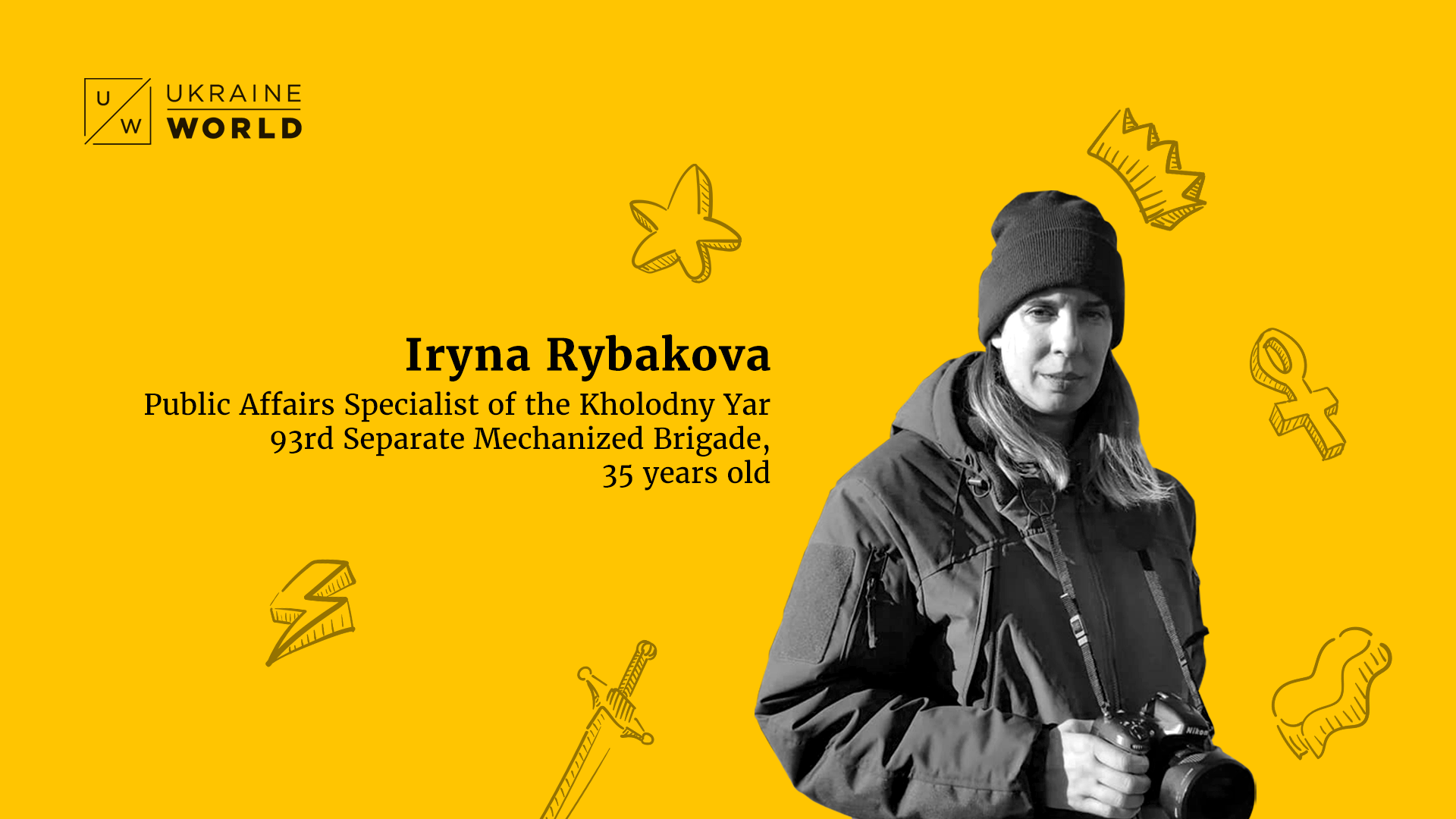 Speaking of the front, where it is difficult for a woman, it is even harder for a man. We are all humans, all equally freezing, equally getting tired, and equally needing a good night's sleep. Here, division based on gender is inappropriate.

Regarding women in the army, the situation is uncertain.

On the other hand, a girl can say "Oh, I won't run the obstacle course today," and no one will force her to.

In the brigades, commanders often don't want to deal with women, so they don't allow them at daily muster, and instead delegate tasks through their male subordinates. I had previously worked at Transparency International Ukraine, where gender equality was respected, so this way of doing things seemed crazy to me.

Then I realized that this attitude is due to the behaviour of women themselves. There is a whole stratum of women in the army -- usually the wives of significant people-- that are simply named to positions, but they work in a careless manner, avoid responsibility, and initiate nothing of their own. They just waste their workdays.

For me personally, it would be much more difficult to take "a quiet position" somewhere, to avoid command and have to fear that you may be "loaded" with work you hate. My personal object of pride is the brigade's Facebook page which I run and which has 55,000 likes. My videos and photos are often republished by leading media. For the past two years, I have been making a calendar for the 93rd Brigade. I also help dozens of journalists to make television stories about our troops. My job isto make Ukrainians aware of the victories of our Kholodny Yar Brigade.

If you run processes and communicate with dozens of people in a day, all while everything is on fire, it is, of course, difficult. By the evening, I am barely able to stay on my feet. But at the same time, people see that you can deal with them, so they offer assistance, and the commander helps with work, too. I would like to see a man who can do my job just as well!

The Priest Who Helped Restore A Depressed Village

Do you need inspiration today? Then watch the exciting story of the Ukrainian priest who turned a depressed village into a rapidly developing community! The video...
PODCAST
June 5, 2020