Russian influence in Belarus prior to invasion of Ukraine. Belarus Watch #21

March 8, 2022
The following is a shortened version of a conversation between Serhii Plokhy and Volodymyr Yermolenko. 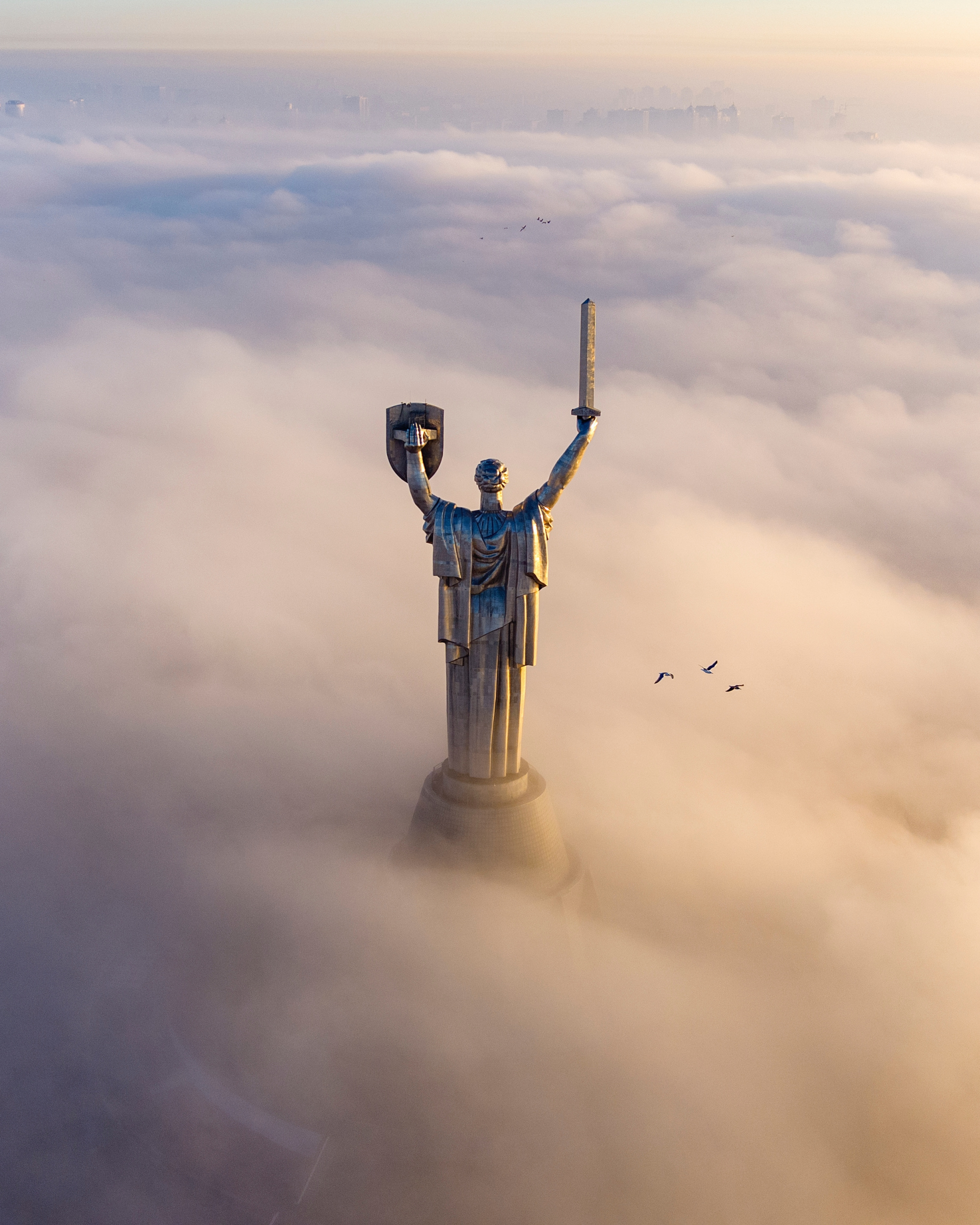 A short text version of a podcast conversation between Serhii Plokhy, a famous Ukrainian historian and director of the Ukrainian Research Institute at Harvard University, and Volodymyr Yermolenko, Ukrainian philosopher, analytics director at Internews Ukraine, associate professor at Kyiv-Mohyla Academy, and chief editor of UkraineWorld.org.

You can listen to the podcast here:

Putting the elements of geography is central to understanding Ukrainian history. It was the frontier between the steppe and the wooded areas, settled by the Slavic tribes. It also turned out to be a borderland between Christianity and Islam.

While Belarus is very much part of the same space, it lacks that steppe component. As a result, its history didn't have the phenomenon of Cossackdom. Ukraine was the only place where the Cossacks were able to build a statehood of their own with limited but international recognition. For Ukrainian history, one should go beyond the paradigms that existed before and look at this area as the meeting place of different peoples, civilisations, cultures, languages.

It created a unique society that is known today as Ukraine, and which inherited all that richness of the region.

Today's world is created out of states that were borderlands between empires at some point. We should reformulate what we are proud of. While being at the centre of the empire that conquered half of the world was certainly the reason to be very proud in the 19th century, I'm not sure this is the case in the 21st.

When Periphery Defines What the Centre Is

By studying the borderlands, you understand better the societies which have centres somewhere else - empires that meet and communicate with the other in the borderlands.

To better understand Austria-Hungary, you look at Galicia. To better understand the Russian Empire, you look at what was happening in Dnieper Ukraine. Particularly, in terms of the Partitions of Poland, the liquidation of the Hetmanate, policies about the integration of the Cossacks' officer class into the Russian nobility, or even Russia's annexation of Crimea in 1784.

The Struggle for the Past: Kyivan Rus'

The roots of today's Ukraine are, of course, in Kyivan Rus'. Its principalities laid the origins of the political system, dynasty, law, and language of Ukraine, but of Russia and Belarus as well. The debate about the heritage of the Kyivan Rus' is today also fought in places like Donbas.

Who is the real Rus'? The Russians were the first ones in the 18 century who claimed their exclusive rights on Kyivan Rus' heritage based on the dynasty, although the Rurik dynasty [the ruling dynasty of Kyivan Rus'] died out in Russia at the end of the 16th century and the later Romanovs were not Rurikids. There were resources put into writing chronicles and producing the needed mythology.

Western perception of the region's history was formed through the works of Russian historians, through the eyes of Russia. It has changed.

There were five attempts to declare Ukraine's independence initiated by different political forces. It was persistently knocking on the same door. This long struggle is probably the uniqueness of Ukraine in comparison to other neighbours.

Moreover, very few former colonies shared common historical mythology, elements of culture, and elements of language with their imperial masters, as has been the case with regards to Ukraine and Russia.

Ukraine was mostly not an independent player in WWII. There was a short-lived attempt to declare an independent state by the members of the Organisation of Ukrainian Nationalists which was crashed right away. It became an actor in 1944-45 and continued in the 1950s with the creation of the Ukrainian Insurgent Army. But that was an army without a state.

Ukraine was the largest ethnic international group in Europe that didn't have its own state. The closest parallel would be Kurds today, being divided between different states.

This was a striking difference to WWI when there were a multiplicity of Ukrainian governments trying to conduct their own foreign policy. They were recognised by international entities, by other countries.

During WWII, other fighting powers knew about the expectations of the Ukrainians and were trying to use them, playing the so-called Ukraine card. Stalin did that quite effectively in Yalta in 1945. He tried to advance the Soviet international standing by advocating for the seat at the UN Assembly for Ukraine. Hitler was trying to use the Ukrainian nationalists in 1938-1939.

There was however very limited success of Ukrainians to advance their agendas.

Ukraine: the Main Reason for the USSR's Emergence and Decline

Once Poland was gone, the main headache for the Russian authorities became Ukraine and Georgia, which are today again at the forefront of the challenge to Russia's attempt of re-establishing Moscow's control over the region. ​​Their struggle forced to create the Soviet Union rather than the Russian Federation [USSR implied more autonomy than Moscow was first ready to provide].

In December 1991 more than 90% of Ukrainians voted in support of the Parliament's decision to declare Ukraine independent. The Soviet Union fell apart within the next week.

Neither Gorbachev nor Yeltsin envisioned the Soviet Union without Ukraine. Yeltsin's response was simple: without Ukraine, Russia would be outvoted by the Muslim republics.

Moreover, Moscow didn't have the resources to keep the empire going without the support of Ukraine's second-largest economy in the Union. Russia's idea was to change the model to the Commonwealth of Independent States as a new form of confederation.

Ukraine had a very different view of what the Commonwealth was supposed to be.

Kravchuk, Ukraine's first president, famously said that it is about civilised divorce, not about remarriage.

Any attempts of creating a Russia-dominated organisation in the region have no chance without Ukraine being part of it. It is essential for Russia's global vision of itself. Once Ukraine refused to join such projects, Moscow's task became to stop it from drifting to Europe.

Russia's aggressive behaviour is beneficial for its current regime in terms of internal politics but very damaging for Russia's economic and social development, and its standing in the world.

Another issue is related to the formation of national identities and national territories in the post-imperial spaces. For many in Russia, the question of where Russia ends is still open, and it often encroaches on Ukrainian self-identification.

Ukraine became independent in 1991 as the result of two types of mobilisation. The first was similar to the Baltic States and was embodied in the activities of Rukh, the movement for the country's independence in the 1980s. Rukh was cultural and national in its foundations. Another type of mobilisation came with the workers' strikes, where the social components were dominant -- strikes in Donbas, where miners favoured Ukrainian independence to assure a friendly government supporting the industry that was dying at that time not being financially viable.

There are parallels with early American history where colonies were united by this idea to stay away from Britain but were divided by religious loyalties. In Ukraine, regions were united by the idea of independent Ukraine but divided by different historical experiences. In this case, the only way forward is the creation of viable democracy.

Ukraine was born democratic and continues to be democratic even after the trial with Russian aggression.

Ukrainians are not afraid to say that they disagree with the government. I'm very positive in terms of the democratic development of Ukraine, especially in the long run.

July 16 marks 30 years since Ukraine adopted the Declaration of State Sovereignty. In our new video, Volodymyr Yermolenko explains how this document was adopted...
PODCAST
December 9, 2021