January 12, 2018
One should not have wild expectations for Ukraine this year. Although the country is more than a year away from the March 2019 presidential election, structural reforms won’t be a focus, international donors are getting impatient, and a large amount of debt is coming due. 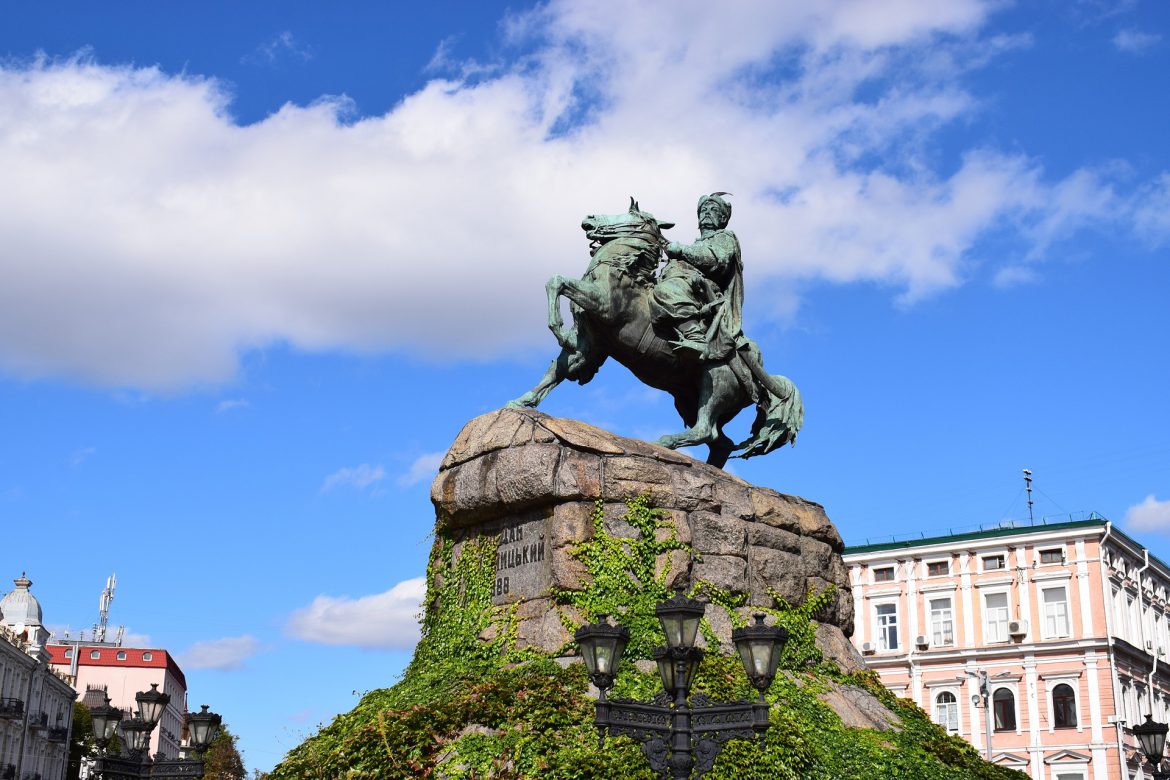 What should we expect and follow in Ukraine this year? How will the presidential campaign affect politics in 2018? Can the country repay its debt to avoid default? What might the war in the Donbas bring? We have identified the major developments we expect to shape 2018 and divided them into five categories: security, politics, foreign partners and reforms, economy, and culture, sport, and technology.

Discussions on a UN peacekeeping mission in the Donbas are likely to continue in 2018. Russia calls for a mission to protect unarmed OSCE monitors up to the line of contact, while Ukraine insists that peacekeepers have unrestricted access, including of the Ukrainian-Russian border.

In December 2017, the United States agreed to sell lethal defensive weapons, including Javelin anti-tank missiles, to Ukraine. Russia warned this would make the conflict deadlier.

The future of the Joint Center on Control and Coordination in the Donbas is another issue to watch. In December, Russia recalled its officers, accusing Ukraine of obstructing its work. The Kremlin also resents the introduction of biometric data collection for entry to Ukraine starting January 1. Russia is ready, subject to certain conditions, to send back its officers, while Ukraine has consulted with international humanitarian organizations on the replacement of Russian officers.

Voters in Crimea will participate in the Russian presidential election slated for March 2018. Furthermore, the bridge linking Russia and illegally annexed Crimea should open for cars in 2018 and for trains in 2019.

Bulgaria and Austria will chair the EU Council, which possesses legislative powers. Both are much less suspicious of Russian motives than their predecessors.

Ukraine may continue to be a victim of cyberattacks. Recently, the Ukrainian Cyber Alliance revealed that anyone can access the information of some Ukrainian public institutions without hacking. At the same time, Ukraine plans to create a cyber security center, engaging international experts, including those from NATO.

The presidential and parliamentary elections, scheduled for March and October 2019, will cast a shadow over 2018. Politicians are unlikely to introduce new structural reforms, focusing instead on implementing reforms approved in 2017, like healthcare, pension, and education reforms.

One remaining question is whether Ukraine will adopt a new election code before the elections. New rules would enable voters to cast ballots for both a party and a particular candidate, increasing their influence on who enters parliament. Pressure from international donors and civil society will be crucial for its adoption.

The stand-off between President Petro Poroshenko and former President of Georgia Mikheil Saakashvili is likely to continue. Saakashvili has been stripped of his Ukrainian citizenship and is under investigation. In turn, he has organized protests and is calling for Poroshenko's impeachment.

Ukraine will continue a number of reforms required by international donors, though with resistance.

The main issues will include the creation of an anticorruption court, expected to start in 2019. Transparency International urges foreign experts to play a greater role in the selection of judges to enhance transparency and to narrow the proposed court's jurisdiction to graft cases so as to avoid overload.

The IMF and EU are requiring the unbundling of Naftogaz. A new gas transportation company should be established in the first quarter after the Stockholm arbitrage decision in the Naftogaz v. Gazprom case, due on February 28, 2018.

In April, Ukraine may further liberalize the gas market for households. Market prices would initially hurt consumers but could make the market more competitive.

Ukraine plans to sell some state-owned enterprises, though in previous years it has not delivered on its plans to do so.

There's a risk that parliament will undermine the ProZorro public procurement system with its "Buy Ukrainian, Pay to Ukrainians" bill.

Ukraine's foreign currency debt will be a major challenge. From 2018 to 2021, Ukraine must repay more than $7 billion each year. At the end of January, Ukraine expects a court ruling on its disputed $3 billion debt to Russia.

Ukraine's foreign currency reserves of $18.6 billion are not sufficient to repay these debts. Expected loans from the IMF ($3.8 billion in 2018) and other donors ($1.5 billion in 2018) are contingent on reforms. Ukraine will issue $3 billion in Eurobonds in 2018, but the attractiveness of those bonds depends on cooperation with IMF and the political situation in Ukraine.

Ukraine may step up trade with other countries in 2018. Ukraine is negotiating free trade deals with Turkey and Israel. On February 1, Kyiv will join the PEM (pan-Euro-Mediterranean) Convention.

At the same time, utilities are expected to increase by about twenty percent. The electricity tariff for enterprises will be 9.5 percent higher starting in January, and see a 6.1 percent increase from April 1. The result is a higher water tariff. 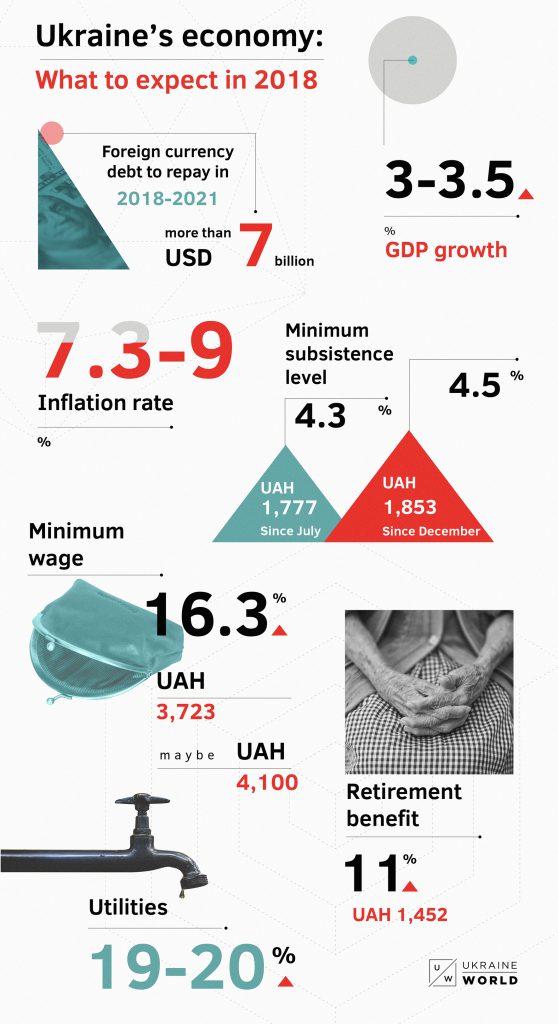 2018 could be a record year for reviving Ukraine's film industry. More than thirty feature films and animations are expected to be released. A list of trailers and teasers can be found here.

On May 28, Kyiv will host the UEFA Champions League Final. This is an opportunity to demonstrate that the country is welcoming and safe.

In 2018, electric cars are exempt from VAT and excise tax, thereby reducing their price.

The new budget airline SkyUp should enter the Ukrainian market in April.

On January 23, Ukraine will conduct a tender to introduce 4G. A higher-speed network may boost online education, the digital economy, and governance.

Ruslan Minich
An analyst at Internews Ukraine and UkraineWorld
Next article

Ukrainians will choose the next Verkhovna Rada on 21 July. We have listed key parties which will fight for the places in the parliament.
Opinions
September 3, 2020

The current Belarusian transformation could be leading to results similar to those of the 2018 Velvet Revolution in Armenia rather than of the 2013-2014 Revolution...