June 21, 2018
When Russia started its aggression against Ukraine in 2014, it not only annexed Crimea and started the military conflict in Donbas, but also launched a trade war against Ukraine, which included an embargo on agricultural goods. Up till that point, Russia was among the key destinations for Ukrainian exports, accounting for one third of its trade. The Russian trade war decreased this share dramatically, while Ukraine lost a quarter of its markets virtually overnight. The big challenge for the Ukrainian economy today is to re-orient its exports, enter new markets in Europe, Asia, and Africa, and avoid the trap of being a raw materials export economy. 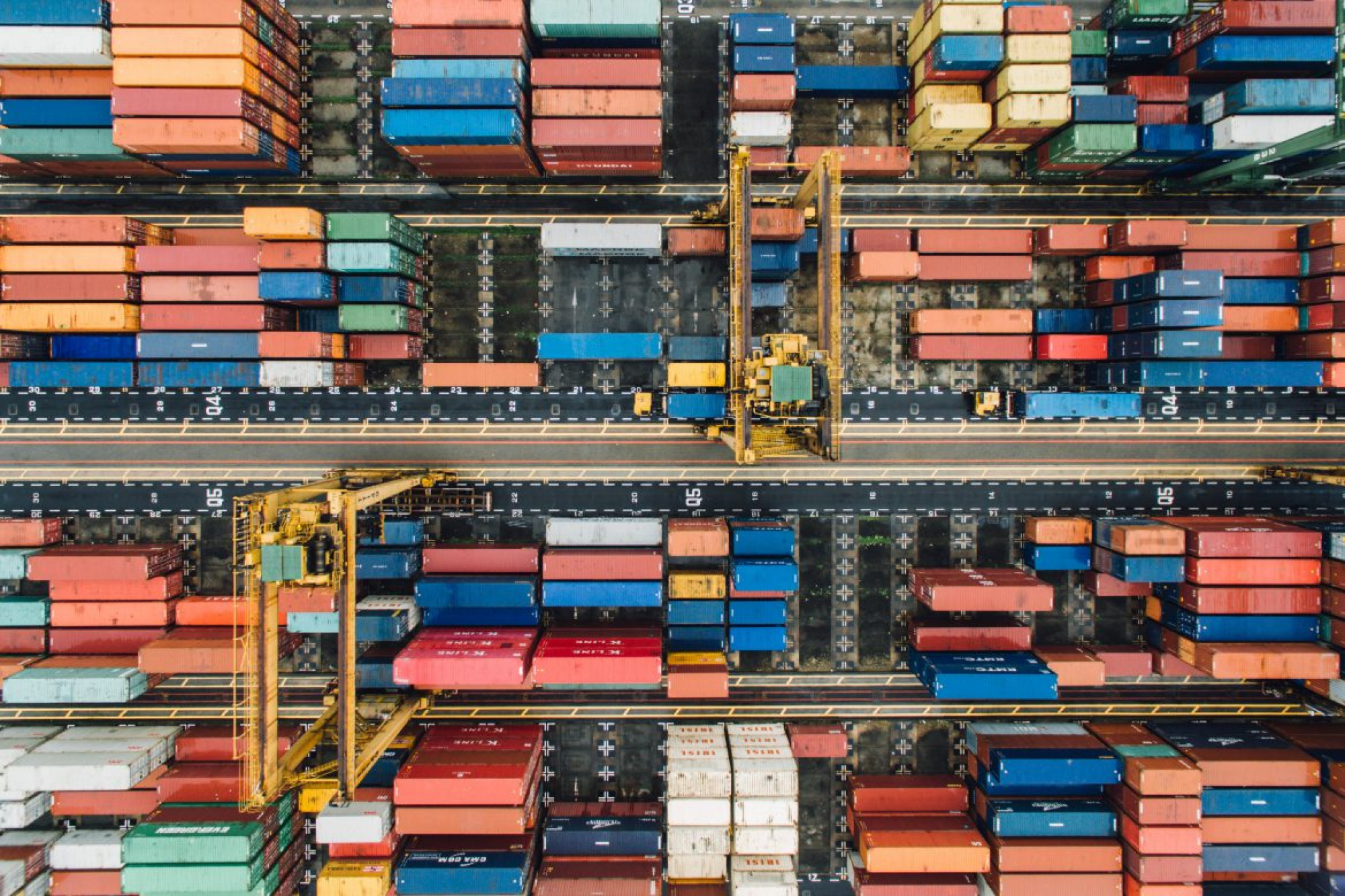 As Ukraine signed the Association Agreement with the EU in 2014, the Deep and Comprehensive Free Trade Area (DCFTA) deal came into force, making the European Union Ukraine's strategic trading partner. In the first quarter of 2018, the share of exports going to EU countries, as a share of the total volume of Ukrainian exports, reached 38.9%. Meanwhile, Russia received just 7.4%, a remarkable change if we compare this to the figure of 34% of Ukraine's export share to Russia in 2013. And by the end of this year, Ukraine's export to Poland alone may even exceed exports to Russia.

Political populists play dirty on international trade topics: they point to small quotas for duty-free export to the EU, the fear of losing Russian the market, etc,. But no matter how loud the talk gets, trade follows the money. Let us take a closer look at what Ukraine's exports are about now.

What Ukraine's international trade is about

Ukraine is the largest exporter of chicken, eggs, corn, wheat and honey to the EU, and the largest overall exporter from the Eastern Partnership countries. Nearly 300 Ukrainian enterprises have the right to export to the EU.

Almost 20% of Ukraine's exports to Russia are metals, 15% – products of inorganic chemistry, and over 14% – equipment for nuclear plants. About 14% of exports to Poland consist of metals and almost 13% – ores, 13% – electric cars. Over half of the export to Italy are ferrous metals, and over 17% – grain crops. Almost half of exports to Turkey are metals and 14.4% are in the form of oilseeds. The Netherlands and Egypt are the main importers of Ukrainian grain crops: 30.7% of total exports to the Netherlands and 56.2% of exports to Egypt. While 24.7% of exports to Germany are electric machinery, the country is also interested in ores (9.9%) and textiles (8.4%). Almost half of the export to Hungary are electric machinery and over 13% – mineral fuels. 85.6% of export to India consists of fats and oils of animal or vegetable origin. China buys Ukrainian grain crops (30.5% of export), ores (29.8%) and fats and oils of animal or vegetable origin (13.7%).

As these statistics show, Ukraine has goods to offer various international markets. However, many leading Ukrainian export goods are low value-added raw materials. Despite the fact that the free trade area with the EU provides more benefits to processed goods (in agriculture they are more liberalized than raw materials, often under tariff quotas), Ukraine is still very far away from moving towards high value-added exports.

It is also important to note that Asian markets are growing steadily, as they are less regulated, unlike the heavyset EU market. But each has its own advantages.

" The goal of DCFTA is full liberalization of the market, and the various quotes are just exceptions, which depend on what the parties have agreed on ," explains Taras Kachka, Strategic Advisor at the International Renaissance Foundation in Ukraine, one of the key Ukrainian experts on European integration. "These mutual agreements on quotas demanded compromise not only from the EU, but from Ukraine, and the applied quotas are results for both sides in their attempts to protect their interests while opening markets," he tells UkraineWorld.

The quotas are not quantitative restrictions of exports, but rather windows for duty-free exports. When a 1mln ton quota for wheat is exhausted, for example, Ukraine can export above this quota, but in this case, normal tariffs will then apply. Often the quotas, as was the case with the quota for Ukrainian honey, which was used up in just about a week at the beginning of 2018, became a topic of manipulation in the press, demonstrating how unfriendly and limited the EU market is for Ukraine. Ukrainian enterprises working with EU markets face much greater challenges in reaching high standards to enter European markets than they do in paying fees on exports. For example, Ukraine's chicken producers suсcessfully export 5 times more than the applied quota. "This is explained by the fact that the EU does not protect the whole range of products in a given segment, but certain types of meat. Thus, quotas on fillet might be used up by just 30%, while other chicken sub-products are exported with no quota at all. This, again, depends on what the EU is trying to protect on its own market", explains Kachka.

When DCFTA was signed, the data for setting the quotas was calculated based on statistics covering 2005-2010, when the Ukrainian economy was much smaller. And so in five years, the number of quotas can be reviewed based on the current situation in EU-Ukraine trade.

Alex Lissitsa, the Chief Executive Officer at Industrial Milk Company S.A, tells UkraineWorld that since Ukrainian dairy products received access to the EU market in early 2016, the areas for international trade have changed dramatically. By 2016, the supply of dairy products to the EU did not exceed some 700,000 dollars, while by the end of 2016, exports of these products from Ukraine already came to 3.4 million dollars. "High quality standards in Europe are also an important factor. The very fact that Ukraine got the right to export to the EU says that domestic producers meet these standards and thereby guarantee access not only to the European market but also to a number of other regions, Asia and the East ," Lissitsa says.

Unfortunately, the topic of duty-free quotas got too much attention in the Ukrainian media and turned into a stereotype, namely that the EU [allegedly] places restrictive quotas on Ukraine's goods and limits the nation's exports. The European market is presented as a closed zone. However, all of manufacturing industry is liberalized, as is the majority of the agricultural sector. The problem with the EU market is of a different nature: whether or not Ukraine will continue in future to export mainly low value-added raw materials. In this case, a Free Trade Area would be a dead-end.

The positive dynamics for growing trade with EU countries will surely continue. However, the EU market is not the only and not even the main market for Ukrainian agricultural products. Currently, exporters are focused on the CIS and Asia, less regulated in terms of product quality and showing active demand from a rising population. In 2017 the main consumer region for Ukrainian milk was Asia, as 39% of all dairy products were supplied to the region, with Turkey, Georgia, and China being the largest consumers. In 2017, 35% of all dairy products supplied from Ukraine were exported to CIS countries, in the main to Kazakhstan, Moldova, and Azerbaijan. At the same time, EU-28 countries account for just 6% of deliveries, and 65% of exports to this region falls to the Netherlands. Namely, the export of dairy products, eggs, and honey in cash equivalent to Turkey in the first quarter of 2018 amount in almost 11 million USD, while just 600,000 USD to the Netherlands.

After the loss of the Russian market for dairy products, Ukraine basically lost about 70% of its exports. As for today, the Russian market is not completely replaced, but as Alex Lissitsa tells UkraineWorld, there is certain success being enjoyed in reorienting towards CIS countries. "At the same time, this situation gave impetus to the expansion of the geography of trade and gave the opportunity to diversify flows. And again, taking into consideration the dynamics of the development of the East in coming years, there is every chance of increasing the volumes of dairy supplies and to exceed the volumes of the pre-crisis period in the long run for the next couple of years," Lissitsa says.

" There was always a strategy for Ukraine to be a worldwide trading country. The EU is a great partner, of course, but we should be pragmatic and aim to be a global player ," Taras Kachka explains to UkraineWorld. "Only Russia and the populists put it that way: you either sell to the EU or to us. Ukraine's real interest is the national producers who should be able to sell anywhere in the world," he concludes.

Anna Kyslytska
An analyst at Internews Ukraine and UkraineWorld, an information and networking initiative.
Next article

It has become a tradition at the beginning of each new year to look back at the successes and failures of the last year.
VIDEO
October 23, 2020

A Global Agricultural Player: How Ukraine Can Feed The Planet

Ukraine has made a difficult journey from enduring 20th-century famines to becoming a top food exporter. Ukrainian agro-exports are growing fast, and the country...