May 15, 2018
In March 2019, Ukrainians will vote for their next president. The election campaign seems to have actually started. But the question is which politician Ukrainians can trust – who can deliver on his/her words and promises. 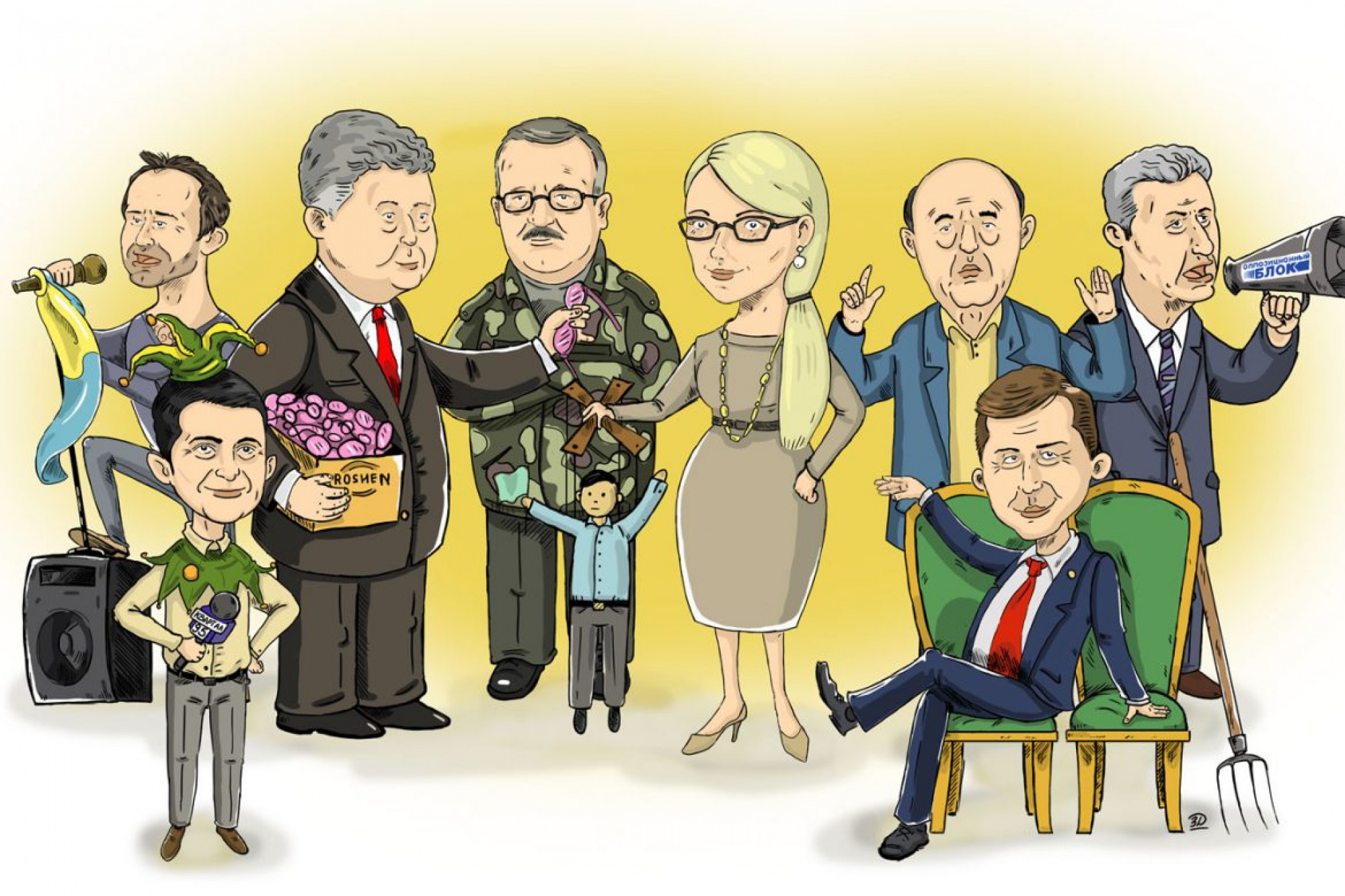 The latest polls regarding possible presidential candidates (Rating Group, KIIS, and SOCIS) are led by the leaders of parliamentary opposition parties, namely Yuliia Tymoshenko, Oleh Liashko and Yurii Boiko, as well as the incumbent president of Ukraine, Petro Poroshenko. Vadym Rabinovych and Anatolii Hrytsenko, who chair their own non-parliamentary parties, also have high ratings.

One feature distinguishing the upcoming elections is the high support for non-politicians, namely popular singer Sviatoslav Vakarchuk and comedian and showman Volodymyr Zelenskyi.

"They [Tymoshenko, Liashko, Rabinovych, and Boiko] are actively present in the media. They tell many lies. But this strategy seems to be effective. They are leading the polls," Olena Shkarpova, the project leader of VoxCheck, a Ukrainian fact-checking initiative, tells UkraineWorld.

Their strategy is to criticize the authorities and reforms. But the analysis carried out by VoxCheck shows that they rarely tell the truth: Rabinovych – 12 percent of cases analyzed in September 2017 – March 2018, Tymoshenko – 15 percent, and Boiko – 20 percent. Everything else is a lie, manipulation or exaggeration. In the case of Tymoshenko and Rabinovych, the share of manipulations is particularly high, 46 percent and 52 percent, respectively.

The success of this strategy reflects the very low trust in the authorities among Ukrainians. In addition, Shkarpova explains, "many social strata suffer from reforms. People are discontented, and they are pleased to hear how bad these changes are. Also, there are many myths they used to believe in, like about the moratorium on selling agricultural land."A similar strategy is exploited by Liashko, though VoxCheck shows that the share of truthful messages in his rhetoric is higher, about 30 percent.

Hrytsenko's quotes were true in 38 percent of cases in January-March 2018. As a former defence minister (2005-7), he likes to talk about financing defence and military salaries.

President Poroshenko, as a representative of the authorities, exploits a different strategy to make people like him. "Poroshenko is hardly ambushed by journalists with hard questions. He has points prepared in advance. They are based on credible and convenient messages. The authorities just say only what is convenient for them," explains Shkarpova. This results in 69 percent of truthful quotes in the period of September 2017-March 2018.

A candidate should also fulfil his promises to be credible. But as Valentyn Gladkykh, a political expert of the Slovo i Dilo analytical platform, tells UkraineWorld, "Politicians scoring high in polls aren't the most responsible ones. Top politicians make more ambitious promises that are harder to deliver on."

Many promises cannot be delivered on in the first place – like Boiko's promise to put the brakes on inflation at 5 percent, or Tymoshenko's one to return Crimea.

Poroshenko delivered 42 percent of his promises, as analysed by Slovo i Dilo while Tymoshenko 38 percent. For Tymoshenko this is a much better result than the measure of truth calculated by VoxCheck.

Liashko fulfilled 33 percent of his promises. But he often radically changes his mind. First, he calls healthcare reform "genocide" and then votes for the respective bill. Also, despite being in opposition, Liashko very often supports governmental bills.

Boiko (26 percent) and Rabinovych (19 percent) linger behind the others. Hrytsenko is difficult to compare with others. There are few promises, and he has not been a MP since 2014.

The primary aim of politicians is to make people like them, so that they would vote for them in the coming election. Thus, as Gladkykh explains, "many unfulfilled promises are caused by inadequate popular expectations. People should know their real interests as representatives of particular social groups, instead of reacting on populist promises, like getting autocephalous status for the Ukrainian church or becoming a nuclear state again."

Without high credibility and responsibility, there is still a way to know what policies politicians would actually implement when elected.

"You should evaluate politicians by who supports them financially, whose interests they will take into consideration when elected. […] Ukrainians elect but donors control the elected," Tymofii Mylovanov, Associate Professor of University of Pittsburgh and Honorary President of the Kyiv School of Economics, tells UkraineWorld.

The consequences of such big distrust are already seen in the polls. Between 19 and 38 percent of those polled cannot name a preferred president on the list. Artists like singer Sviatoslav Vakarchuk and showman Volodymyr Zelenskyi, who have little or no experience in politics, have a pretty high level of support among those polled.

"Ukrainians may vote against the political establishment. They want new faces. The authorities have promised too much – like to end the war in a few months or a salary of about 300 euros – but haven't fulfilled them," says Mylovanov.

Searching for president
Infogram
Tints of truth and lies
Infogram
Words and deeds
Infogram
Ruslan Minich
An analyst at Internews Ukraine and at UkraineWorld, an information and networking initiative.
Next article

Ukrainians will choose the next Verkhovna Rada on 21 July. We have listed key parties which will fight for the places in the parliament.
Opinions
July 16, 2019

PROвибір (provybir.in.ua) and other electronic instruments are helping Ukrainians to distinguish parties according to their political, socio-economic and cultural...