May 14, 2018
If the Ukrainian presidential elections were to have been held in April 2018, the current head of state Petro Poroshenko would not have won, according to a sociological survey carried out by the Kyiv International Institute of Sociology (KIIS). 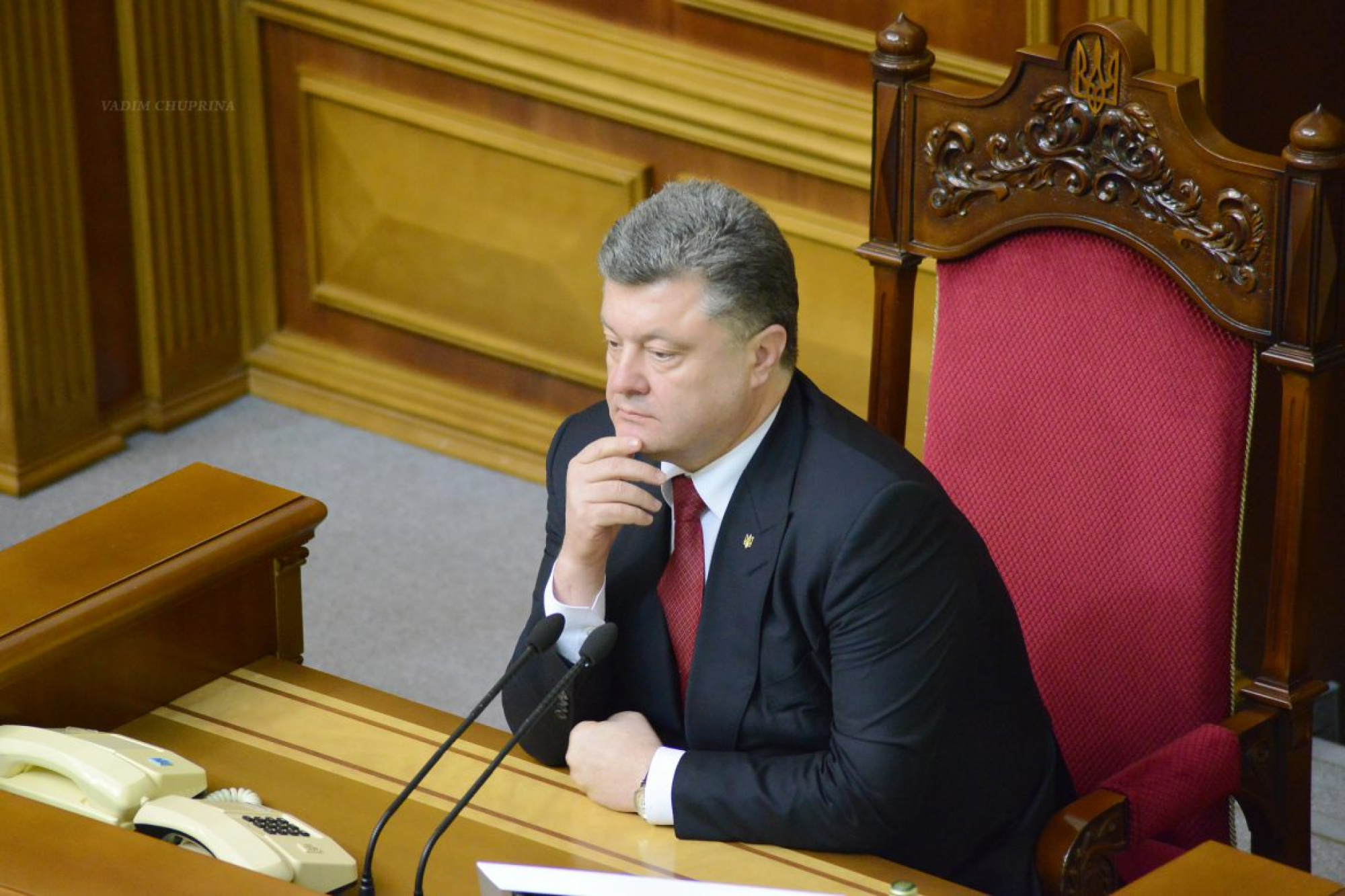 According to the survey carried out among Ukrainian citizens intending to vote in next year's election, the highest number of votes would go to former Prime Minister Yulia Tymoshenko (16.1%), followed by Anatoliy Hrytsenko of the Civil Position party (12.7%), and Radical Party's Oleh Lyashko, who gained the same rating as Petro Poroshenko (12.2%.)

The KIIS also included comedian Volodymyr Zelenskiy and singer Svyatoslav Vakarchuk in their lists for the first time. They received 10.8% and 9.6% of the votes respectively.

Missing from the list was Prime Minister Volodymyr Groysman, who has announced that he won't be running for president.

"Five candidates (from Hrytsenko to Vakarchuk) have support which differs practically within the limits of error, therefore, these candidates are more likely to 'divide' second place and they are all able to qualify for the second round," the survey reads.

KIIS sociologists also simulated likely scenarios for the second round of elections. According to the results of the survey, Poroshenko loses to all candidates – in particular, Yulia Tymoshenko, Volodymyr Zelenskiy, and Opposition Bloc's Yuriy Boyko.

Sociological group Rating (a Ukrainian polling organization) also conducted research in April that pointed to Poroshenko's declining popularity. According to the group's director, Alexei Antipovich, reasons for the president's falling ratings include a lack of significant success economically and in the ongoing war. He also cited scandals such as the president's vacation to the Maldives as having a negative effect.

According to Antipovich, 75% of respondents to Rating's survey tend to believe that the country is moving in the wrong direction.

That being said, sociologists warn against jumping to premature conclusions. "Before the registration of candidates' lists, all received data on ratings are conditional and depend on the list proposed to respondents," explained Volodymyr Paniotto, Director General of KIIS.

And given that 30-40% of Ukrainian have yet to determine their political choice, sociologists also claim that presidential candidates will try to expand their audience. In this scenario, examining anti-rating polls – that is, the number of people who will not agree to vote for a given candidate under any circumstances – offer another perspective.

According to Rating, Poroshenko's anti-rating is -45% – almost twice that of Yuliya Tymoshenko (-24%). Anatoliy Hrytsenko has the lowest anti-rating: -9.5%.

Certain conclusions can also be drawn from the question "Who would you vote for if the candidate you support now will not participate in the elections?"

In this context, Poroshenko can only count on part of Oleh Lyashko's supporters. Meanwhile, Tymoshenko is the second choice for most Radical voters, as well as for the electorate of Anatoliy Hrytsenko and even some of Poroshenko's voters.

The new survey was carried out from April 5 to 19, 2018. It involved 2004 participants from 110 settlements from regions throughout Ukraine (apart from annexed Crimea). The survey was conducted through personal interviews with a 4-step stochastic sample of people, who represent the Ukrainian population from the age of 18 plus. The survey was carried out in Donetsk and Luhansk, but only in the territories under the control of the Ukrainian government.

Editor’s Note: This story is part of cooperation between UkraineWorld and Hromadske International.

Why is Ukraine's security key for Europe and the world? What is a wider picture of the Kremlin aggression against Ukraine? Watch our video produced together with...
PODCAST
October 29, 2020