November 13, 2017
The recent arrest of Paul Manafort in the US has raised the topic in the Western media about his corrupt links to the Ukrainian authorities. Manafort was indeed an informal advisor to the Party of Regions, Ukraine’s ruling party during the presidency of Viktor Yanukovych (2010-2014). He was possibly recommended to Yanukovych by Russian and Ukrainian oligarchs such as Oleg Deripaska, Dmytro Firtash or Rinat Akhmetov. 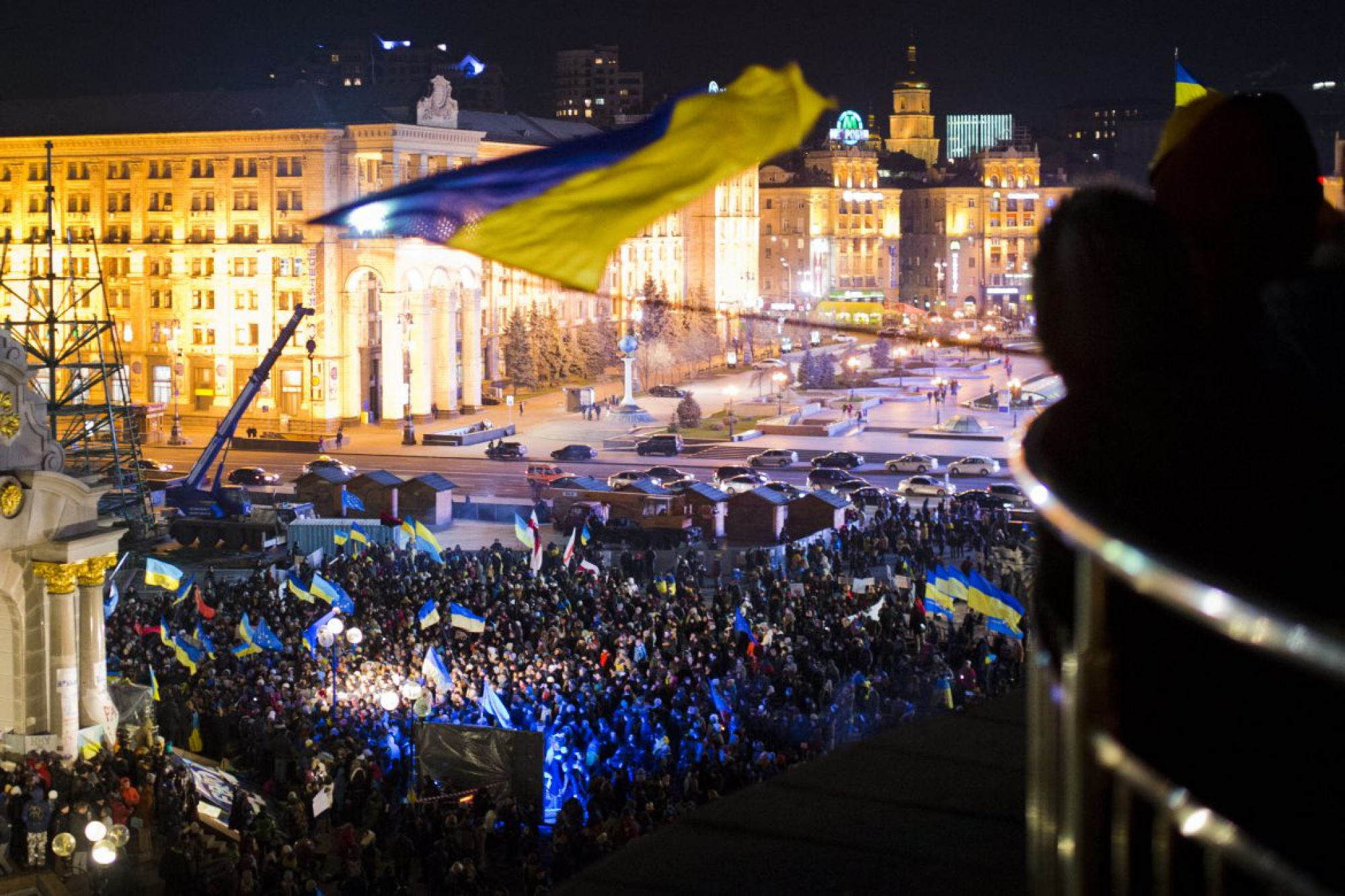 However, it is important to remember key differences between Ukraine during Yanukovych's rule and today's Ukraine, which was born after Euromaidan protests that ousted Yanukovych in February 2014.

Here are 8 topics of comparison between "then" and "now".

Russia vs Europe. Yanukovych's Ukraine was politically and economically oriented on Russia. Moscow supported his presidential campaign back in 2004 (when his 'victory' in the fraudulent election provoked the Orange Revolution) and supported him during his presidential term (2010-2014). The Ukrainian economy was oriented at Russian markets, which made up at least one third of Ukrainian exports and imports during Yanukovych's rule (in sectors like machinery the figure was much higher, up to 70%). However, since 2014 Ukraine has been reorienting its economy from Russian markets to (Western but not only) alternatives. This was triggered by the free trade area deal with the EU, but also by the trade war waged by Russia against Ukraine (including an embargo on Ukrainian agricultural goods) from 2014 onwards. Many Ukrainian producers found alternative markets: October 2017 data shows that the EU has become Ukraine's main trade partner—its share reached 40%, while exports to Russia have fallen to 9.5%.

Centralization vs Decentralization. Post-Soviet Ukraine was a highly centralized country. Funds earned at local level had to be transferred to the centre and only then redistributed as Kyiv saw fit. Yanukovych used this model for his private needs: it helped his personal enrichment. Since Euromaidan the logic of Ukraine's development has become very different. A big proportion of taxes now remains at local level, with the so-called new "amalgamated communities", which creates grounds for their development. Instead of taking money from the grassroots level, today's Ukraine seeks to instigate local communities to keep their resources and spend them better. It does not work perfectly everywhere, with big problems and debates sometimes, but the whole process is on the right track and closer to citizens.

Repressive police vs dialogue police. Yanukovych's regime also sharpened the repressive powers of the Interior Ministry's forces. The brutal violence meted out by the police's special forces against protesters during Euromaidan was only the tip of the iceberg of the attitude of post-Soviet police ("militsia") towards citizens, often hostile, corrupt and repressive. Ukraine is currently continuing its reform of the police force, whose major achievement to date is that the police is becoming much more friendly and open to citizens. The concept of "dialogue policing" and "community policing" is being developed thanks to international advice, including from the EU and US. This does not mean that problems have disappeared: in many aspects the Interior Ministry's forces remain repressive and deny citizens rights, and some corrupt policemen found ways to pass the entry examination to the National Police Force. However, there is progress and it is visible for ordinary citizens.

Opaque government vs transparent government. The Yanukovych regime was a creation of very specific criminal or semi-criminal groups in Ukrainian society, and its major instinct was to openly show its tremendous wealth but hide its sources. The following was the specific culture of politicians and public officials during the Yanukovych period: many of them openly flaunted their wealth (expensive cars, houses, watches, clothes, etc.) but reacted aggressively to any questions about their sources of income. Today, the situation is changing: thanks to open property registers, electronic declaration of assets by public officials, new approaches to local budgets (open budgets, participation budgets, etc.) the wealth of politicians and public servants has become visible and transparent. It is much easier for a journalist, an activist or an investigator to find information about the assets of politicians and any possible corrupt element of his/her enrichment. The key problem, however, is that because of stalled reform of the judiciary and prosecution service, no big corruption actor has been jailed yet. Another issue is that some politicians still evade declaration of the true sources of their wealth and sometimes find ridiculous explanations that devalue the whole process.

Stealing vs controlling public funds. Manipulations in public procurement were one of the major source of corruption in post-Soviet Ukraine. The volumes of funds that Ukrainian society lost every year on unfair public procurement practices was estimated at up to 10% of the country's GDP. But the situation is changing now: ProZorro, an online public procurement platform and Ukrainian know-how is injecting competition and transparency to this field. As of May 2017, ProZorro had already saved 24 billion hryvnias (almost USD 1 billion) worth of Ukrainian state budget funds. It is still possible to hide and manipulate, but in general terms it is now becoming much more problematic.

Dependent bodies vs independent bodies. Under Yanukovych it would be impossible to imagine that a public body would be independent from presidential influence. The power vertical was extremely hierarchical: not only deviation was not tolerated, but this hierarchy was also used to transfer corrupt funds from the low level to the higher level — like a method of a new feudalism or an alternative "private" tax system. The system is now progressively changing. The National Anti-Corruption Bureau (NABU) has become, perhaps, the most famous independent institution: it is already capable of prosecuting top officials or their relatives for their misdeeds. However, the system is still not fully operational: an anti-corruption court system should be set up to jail those found guilty of corruption. A law on the creation of an anti-corruption court is planned for adoption by the end of 2017, and here both international and domestic pressure have played a huge role. Anti-corruption investigations have never been held in the recent history of Ukraine with such energy and commitment as they are are now by NABU.

Foreigners vs foreigners. The Yanukovych period was famous for the level of infiltration by Russians in Ukrainian state institutions and the information area. Some of the ministers were former Russian citizens (for instance, Dmitri Salamatin, former Defense Minister under Yanukovych)—many others have fled to Russia after Euromaidan and received citizenship there; ex-prime minister Mykola Azarov spoke almost no Ukrainian; the Security Service of Ukraine, the SBU, was largely controlled by their Russian counterparts from the FSB; the media sphere was influenced by Russian journalists and media managers; Russian 'spin doctors' also played a huge role. This has all changed now: instead of inviting Russians, the current government has been famous for inviting Poles, Lithuanians, Georgians, Americans, Canadians and others. Their work is not always perfect, and they often face huge resistance from the old system, which is still very powerful. But there is a big difference: during the Yanukovych period Russians were promoting the Russian agenda, whereas today the "other" foreigners are promoting a reforms agenda, largely oriented on the wellbeing of citizens, and not on geopolitics.

Re-Communization vs De-Communization. The Yanukovych regime was, in many aspects, imitating its Russian model. As Russia has been progressing towards Re-Communization (rehabilitation of the Soviet past, historical memory built around Soviet victory in World War II, the return of Soviet symbols like the anthem, etc.), Yanukovych's regime seemed to be preparing itself for similar moves. After Euromaidan, Ukraine took the opposite path instead, that of "de-communization". The "de-communization" package of laws which was adopted by the Ukrainian Parliament (Verkhovna Rada) in 2015 envisages the banning of totalitarian (Soviet but also others, for example Nazi) symbols, renaming of streets and even cities, whose names included persons involved in Communist repressions, including those of the Great Famine of 1932-1933 and Great Terror of 1937-1938). Over 1,000 monuments of Lenin had been dismantled as of January 2017. But most importantly, Ukraine has opened up secret archives which contained information about repressions committed in the USSR. It is also directing its memory more on remembrance of the victims, rather than on praising the winners (which often means praising the cruelty of the winners). This is also an important change.

Volodymyr Yermolenko and Vitalii Rybak
for UkraineWorld
Next article

Supporting people who have never held office and haven’t even explicitly declared their candidacy says a lot about the public mood in Ukraine.
PODCAST
October 29, 2020