April 22, 2020
Internews Ukraine and UkraineWorld.org are continuing to publish a regular roundup of anti-Western messages in Ukraine aimed at undermining trust in democracy and in Ukraine’s integration with the EU and NATO. We publish regular weekly and monthly reports, and also provide alerts covering specific narratives when they appear. 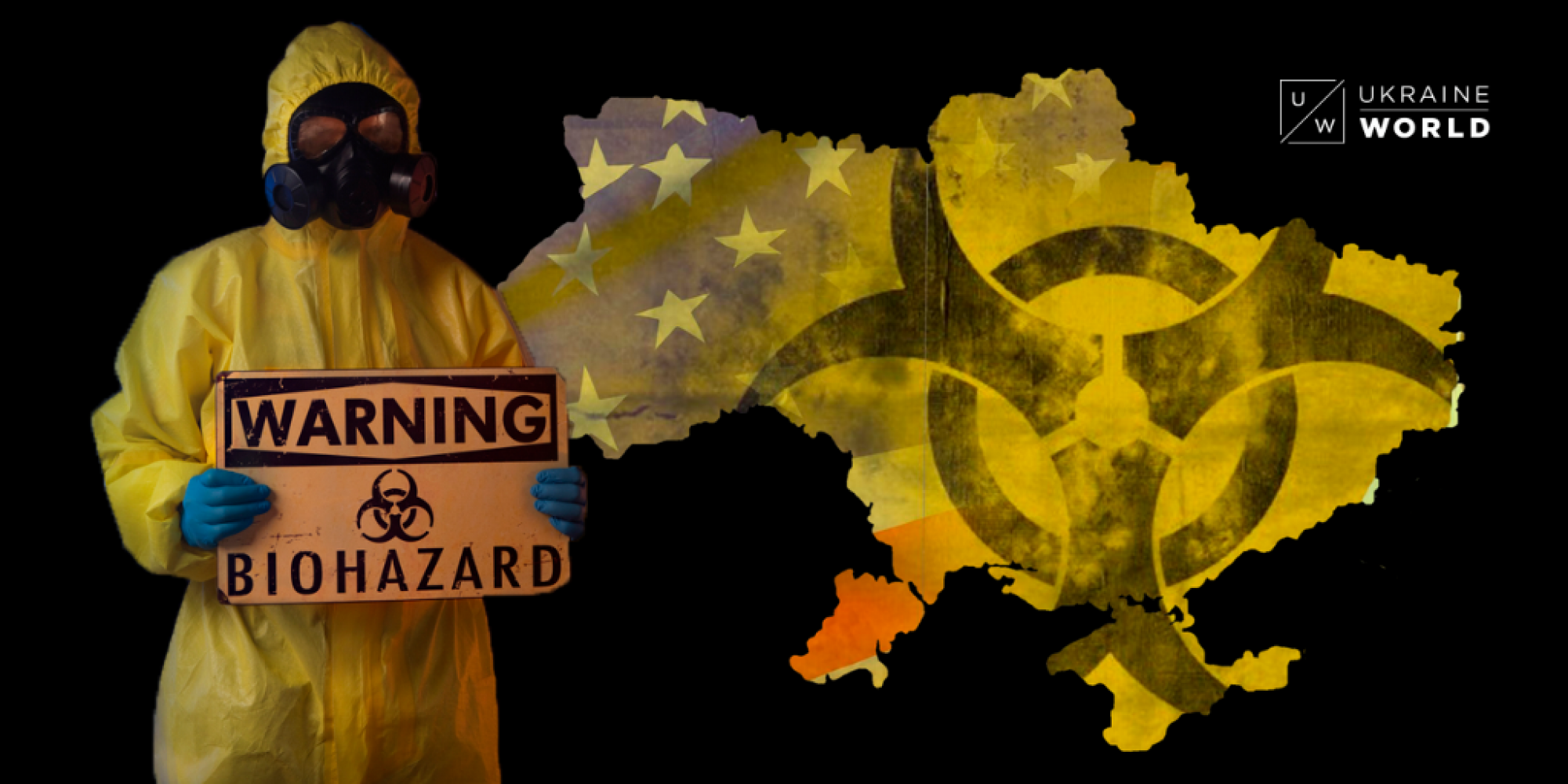 During the last week the following anti-Western narratives have been the most popular in Ukraine's information sphere:

"The West squeezes resources from Ukraine during the pandemic"

On 13 April the Ukrainian Parliament adopted state budget amendments which take into account economic losses due to the coronavirus pandemic. These amendments also include resources from international financial organizations, including direct IMF support to the budget and were among the IMF's requirements prior to it providing a loan.

Opposition Platform-For Life, a pro-Russian and anti-Western party led by Yuriy Boyko, Viktor Medvedchuk and Vadim Rabinovich, was the key opponent of the new budget. Since Viktor Medvedchuk indirectly controls three infotainment TV channels - 112 Ukraine, NewsOne and ZIK - all of these were used last week in a coordinated information campaign against the new budget.

Viktor Medvedhuk argued on air on the 112 Ukraine TV channel that the new budget leads Ukraine into a dead-end. "The authorities stupidly follow the instructions of external administration --- the International Monetary Fund, the World Bank, Soros funds and many others who are not interested in our country's survival," Medvedchuk said. Medvedchuk underlined that the government should have listened to the anti-crisis plan put forward by the Opposition Platform-For Life, which foresees the lifting of the economic blockade from Donbas. "This would give us a GDP increase of 2-2.5%, a real boost to the economy, not a loan which amounts to 65% of budget income," he stressed.

NewsOne TV channel also promoted the narrative about the predatory West.  "They [the IMF] come and start to praise you: "You will have GDP growth of 3% next year, that is, you can easily take $10 billion [loan], and your economy will enable you to repay it," they say. However, they are well aware that GDP growth will not exceed 3%. This means that we're going into negative territory, working hard to repay the debt," Oleksandr Skubchenko, a blogger and political expert, stressed during the Ukrayinskiy Format (Ukrainian Format) talk show.

Medvedchuk's colleague, Yuriy Boyko, participated in the Holos Narodu (Voice of the People) talk show on 112 Ukraine TV channel. He said that the new government is "laying under Soros," just like the previous one did. According to Boyko, the West "intimidates Ukraine with national bankruptcy." "The budget failed, the country is in trouble, and they [the government] are shy about telling international speculators to wait a little bit longer [to get the debts paid off] --- there is nothing wrong with that when people are starving," Boyko emphasized.

Tiomnyi Rytsar, an anonymous pro-Kolomoyskiy and anti-Western Telegram channel, had very similar rhetoric. According to the theory published on the channel, the government intentionally adopted the land market law in times of crisis to repay the debts through the sale of Ukrainian land.

This narrative was also voiced by Nestor Shufrych, a former member of the Party of Regions who is currently an MP from Opposition Platform-For Life. "The higher the income of the population, the more expensive the land. And today, people will have to sell their land in order to buy a mask. Our land is the cheapest in Europe, and our masks are the most expensive in Europe. Today, in the face of the coronavirus threat, was it really necessary to push Parliament to adopt this anti-people law?" Shufrychargued on 112 Ukraine TV channel.

Anti-Western actors directly target the West during the coronavirus pandemic, saying that it has abandoned Ukraine and struggles to stay relevant.

Vadim Rabinovich, one of the leaders of Opposition Platform-For Life, argued that the West does not help Ukraine to deal with the coronavirus. "Did you notice who is sending us tons [of humanitarian assistance]? Communist China, which our half-nazis did not decommunise in time [sic!]. And what about our Canadian diaspora? What about our European friends who insisted on having Suprun and others here? No- one is there for us," he underlined.

Vadym Karasiov, a political expert, went further and argued that "it is pointless to hope" that the IMF or NATO would save Ukraine in a critical moment. "Have you heard anything about NATO since the beginning of the coronavirus outbreak? It is already an archaic organization, just like the EU is in many aspects, with its movement restrictions," Karasiov noted on the 112 Ukraine TV channel. He stressed that the visa-free regime will not be cancelled, but it will not be so easy to travel to Europe as it was before the pandemic.

Such narrative also appeared on the Strana.ua website. The outlet published a Facebook post by Sergei Salivon, director of the economic policy department at the Federation of Employers of Ukraine. Salivon wrote that the EU might cancel visa-free travel for Ukrainians, making it impossible "to roam around Europe," but, at the same time, the EU would eventually start "recruiting cheap slaves here.. in a manner characteristic of 1942-1944."

"The West took over Ukraine in 2014, and it's now trying to do this once again"

Sometimes anti-Western and pro-Russian actors go as far as repeating the narratives of Russian propaganda. Irina Palamar, head of the Ukrainian Stock Breeders Association, a blogger and frequent guest of Medvedchuk-controlled TV channels, stressed on air at ZIK TV channel that Ukrainians came out to Maidan in 2014 to protest against Yanukovych and defend their rights, but eventually the "funds of Soros, funds of the American Democratic Party joined." "They powered the protests, turned them into a coup," Palamar stressed.

At the same time, various anti-Western actors have been saying that pro-Western forces have been quietly taking over key state enterprises. For instance, pro-Kolomoyskiy and anti-Western Telegram channel Sorosiata published two "investigations" this week. One of them says that Ukroboronprom, an association of state-owned enterprises in the defense industry, will soon be controlled by Tomáš Fiala, "a sponsor of Holos and the wallet of Soros in Ukraine."Another "investigation" argues that "sorosiata" took over Ukrzaliznytsia, Ukraine's state-owned railroad company.

Meanwhile, Olena Lukash, a former member of the Party of Regions and Ukrainian justice minister (2012-2014) in the government of Mykola Azarov, stressed on air at 112 Ukraine TV channel that key sources of income to the Ukrainian state budget are being controlled by "Soros people."

"The U.S. has military biological laboratories in Ukraine".

Viktor Medvedchuk was quite productive this week. He launched another narrative when he urged the Ukrainian government "to disclose information about the activities of the U.S. military biological laboratories in Ukraine." This narrative was also spread via Medvedchuk-controlled media like TV channel ZIKand "junk websites" such as Narodnyi Korrespondent.

This narrative has been pushed simultaneously by a Russian network of propaganda websites. For instance, ukraina.ru, and argumenti.ru quoted Medvedchuk. RT and The International Affairs website even published "investigations" which are in line with Medvedchuk's statement.

The NASH news network controlled by Murayev has taken the place of the banned TV channels of Medvedchuk. It mostly features the same guests and similar messages.
Russian Aggression
February 8, 2019

Birthdays are typically lavish affairs in Ukraine. But not for Volodymyr Balukh, who will spend his third birthday in prison for the simple act of displaying a Ukrainian...