May 13, 2020
Internews Ukraine and UkraineWorld.org are continuing to publish a regular roundup of anti-Western messages in Ukraine aimed at undermining trust in democracy and in Ukraine’s integration with the EU and NATO. We publish regular weekly and monthly reports, and also provide alerts covering specific narratives when they appear. 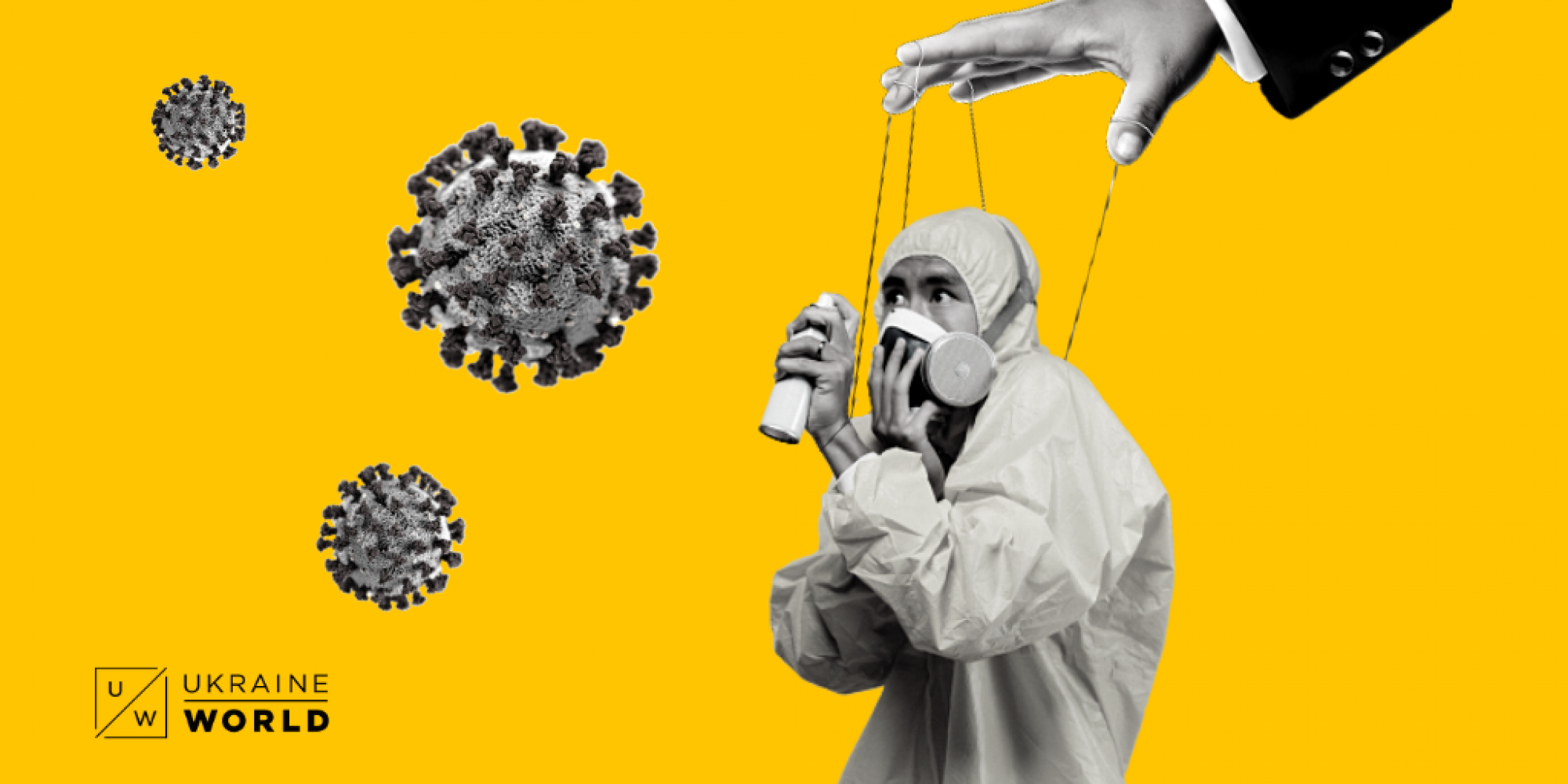 Over the period of 5-11 May, the following anti-Western narratives were been the most popular in Ukraine's information sphere:

For instance, the Telegram channel of Klymenko Time (an outlet founded and controlled by Oleksandr Klymenko, Ukraine's former tax minister from the "Yanukovych family") writes that "certain political technology [manipulation] was launched." "A hero is deliberately being made from Sternenko. Protests of "patriots" and motley activists will then be channelled to protect him," the article reads. The Telegram channel recalls events in 2013 when "ultras and nationalists from Svoboda [a Ukrainian nationalist party] also participated in mass actions" and "these actions became the introduction to the events on Maidan which happened a bit later...Considering Sternenko's ties with Soros' grant organizations, it is possible that the legs of these new movements grow exactly from there,"the author declares.

Anatoliy Shariy, a popular YouTube blogger, calls on authorities to "kick Radio Svoboda [the local branch of RFE/RL] out of the country" because, according to Shariy, they report about Sternenko a lot. Radio Svoboda is often labelled as the "voice of Soros" by anti-Western actors.

A similar narrative was also voiced by Dmytro Spivak, a politician from Odesa. He argued on 112 Ukraine that "we [Ukraine] can't even control the so-called activists under the protection of the American embassy [in Ukraine].

"The coronavirus pandemic is a Western hoax"

Several different narratives about the West being somehow responsible for coronavirus have been shared on social networks last week.

The most prolific one comes from a post by Andrii Kozak, a blogger and civic activist. Kozak writes that coronavirus pandemic is "the biggest lie in human history." According to Kozak, COVID-19 is barely dangerous, and quarantine measures all over the world are the result of the conspiracy among the IMF, the WHO, and Bill Gates (who "controls the WHO") in order to make money selling the vaccine. "It should be emphasized that COVID-19 has mostly affected countries that are dependent on the IMF and its lending. Whoever disagrees with the terms and support of the scam will  be left without credit and would, in fact, condemn themselves to losing power," Kozak argued.

A similar narrative was shared by Facebook user Seva Seversky (who is likely to be a bot), who writes that  the WHO and its sponsors --- namely pharmaceutical companies and Bill Gates --- tricked the world into quarantine because "it makes people weak." The other goals of the scheme, according to the post, are "forced vaccination," "profit from selling the vaccine," and "the destruction of small and medium businesses in favour of big chains and corporations."

Mykhailo Pohrebynskyi, an outspoken pro-Russian political commentator, argued on 112 Ukraine that democratic countries are not effective in dealing with coronavirus. "We are currently at a breaking point in history. Coronavirus has only accelerated processes which were already there. There are big doubts that liberal democracy and globalism should be the model for most people living on our planet. These ideas have effectively died after the coronavirus pandemic," Pohrebynskyi stressed.

This position is in line with a previously-seen narrative about insurance-based healthcare systems being ineffective.

"The IMF deceived Ukraine, and its list of demands is growing"

The IMF announced on 7 May that it had shifted its discussions with Ukraine towards providing an 18-month Standby Arrangement to allow the government more room to respond to the coronavirus pandemic in the near term. Meanwhile, a more conditional three-year Extended Fund Facility tied to reforms is currently off the table. Anti-Western sources posed this development as the IMF playing games with Ukraine.

Anchors of the ZIK TV channel said on air that "Ukraine and the IMF agreed earlier to sign a three-year-long programme and a USD 5,5 billion loan." They argued that the IMF promised to disburse this loan after Ukraine adopted a law permitting private land sales  and the "anti-Kolomoyskiy law" on banking, as well as conducting economic reforms and regulating tariffs. "Almost all the whims of the IMF have been fulfilled," but "the Fund's appetites have apparently grown, and it has added more demands to provide the tranche," the anchors argued.

Olena Lukash, a former member of the Party of Regions and  Justice Minister in the government of Mykola Azarov, argued on NewsOne that "President Zelensky fulfilled his tasks from the IMF and in doing so disabled the Ukrainian economy, bringing it to its knees for the IMF."

Oleksandr Dubinskiy, an MP from Servant of the People party and a popular blogger from Ihor Kolomoyskiy's team, wrote on Facebook that "we [Ukraine] were screwed over" and "there will be no USD 10 billion...[W]hy was it necessary to open land sales and drag the unconstitutional banking law through Rada?"

Why is Ukraine's security key for Europe and the world? What is a wider picture of the Kremlin aggression against Ukraine? Watch our video produced together with...
PODCAST
September 29, 2020