April 28, 2020
Internews Ukraine and UkraineWorld.org are continuing to publish a regular roundup of anti-Western messages in Ukraine aimed at undermining trust in democracy and in Ukraine’s integration with the EU and NATO. We publish regular weekly and monthly reports, and also provide alerts covering specific narratives when they appear. 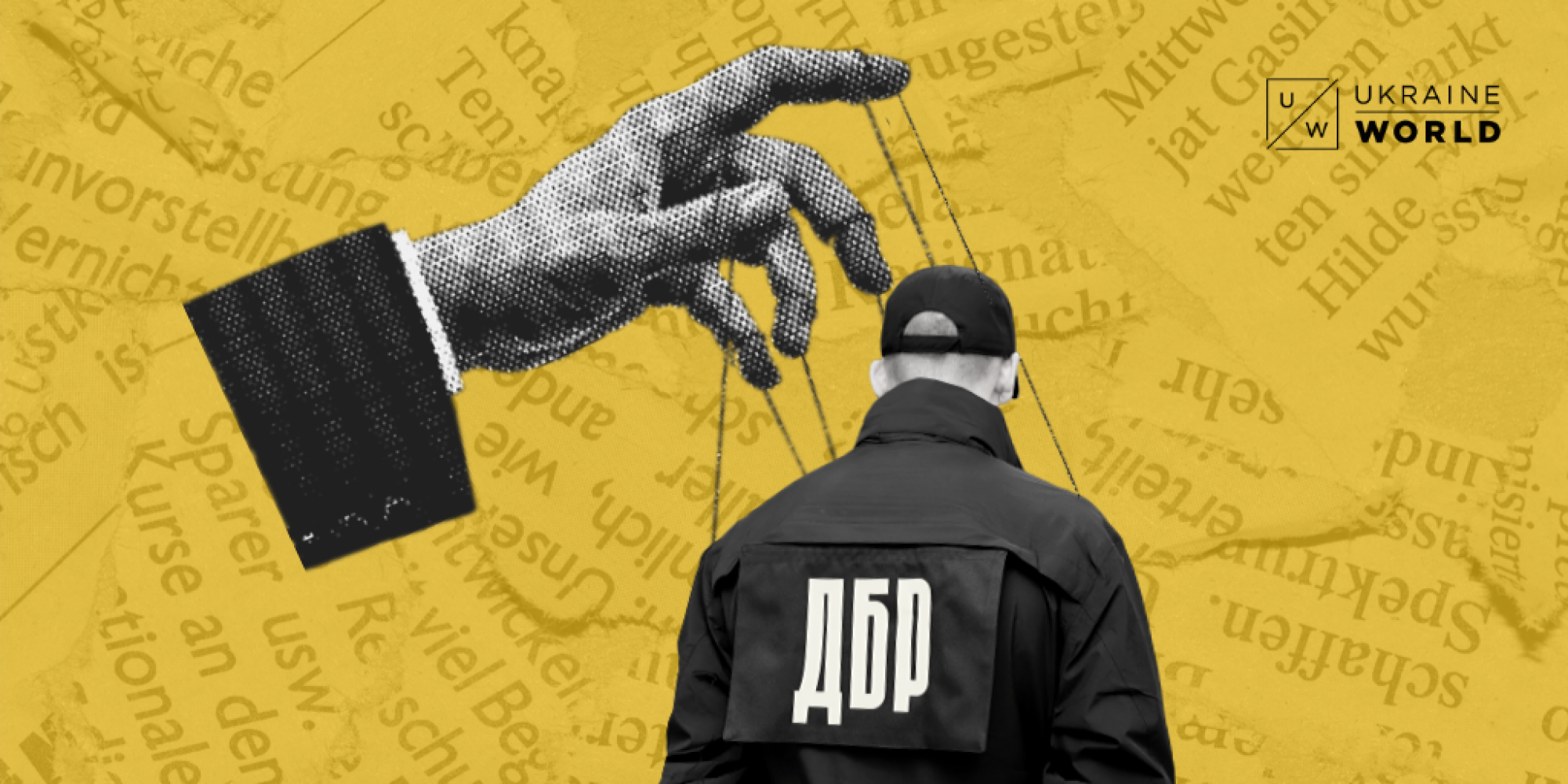 On 21-27 April the following anti-Western narratives have been the most popular in Ukraine's information sphere:

"The West used the spread of coronavirus, refused to help Ukraine"

A narrative about the West being somehow involved in the emergence of the coronavirus pandemic resurged this week.

Dmytro Korneychuk, a political commentator, stressed during the Mizhnarodna panorama (International Perspective) talk show on the ZIK TV channel that the United States knew about coronavirus in China from the very beginning but did nothing to prevent the pandemic because it was lucrative for them. "I have been watching how they [the U.S.] launched the hysteria around coronavirus, how the leading media outlets joined forces and famous people started becoming ill," Korneychuk argued, hinting that all of this has been a coordinated disinformation campaign.

At the same time, bots on Twitter have been spreading an article from "junk website" inforuss.info which claims that "Israel leaked evidence of CIA involvement in the spread of coronavirus."

Meanwhile, the narrative about the West not helping Ukraine in its fight against coronavirus has also been active. Iryna Gavrylova, a journalist and former editor-in-chief of Radio Vesti, argued on air on the 112 Ukraine TV channel that Europe, the U.S., NATO and international financial institutions refused to help Ukraine when the coronavirus pandemic started. "Philanthropists, passionate people and socially responsible politicians are our only hope. For instance, Viktor Medvedchuk and his family have made great efforts to help," Gavrylova said.

"The West stands behind Saakashvili"

On 22 April Mikheil Saakashvili, former Georgian President and governor of Odesa Region in Ukraine announced that he was offered the post of Ukrainian deputy prime minister for reforms. Anti-Western actors already label Saakashvili as one of the key people in the "Soros team" and draw his appointment as another example of "intervention of the USA".

For instance, MP Illya Kyva (Opposition Platform --- For Life) said on the ZIK TV channel that "Saakashvili is not only a person from Soros team, but he has also been recruited by the American secret service." The same channel aired a story about George Soros supporting Saakashvili and his movement in Georgia and organising the capture of the Georgian Parliament in 2003.

Valentyn Zemlianskyi, an analyst of the "alternative expert government", conveyed a similar message on air on the NASH TV channel (owned by Yevhen Murayev, one of the leaders of the Opposition Bloc). "This is the echo of Soros. He [Saakashvili] is absolutely dependent on the West," Zemlianskyi argued.

Gleb Prostakov, a political observer and former editor-in-chief of Vesti.Reporter magazine, argues on Facebook that "Saakashvili promotes the West, which aims to receive compensation for the resignation of Honcharuk [former PM] and ministers who represented grant-based organisations, in other words --- the West itself."

Strana.ua website suggests that Saakashvili's appointment is part of a deal between the West and the Ukrainian government. According to the article, Max Nefiodov, former head of the Customs Service, and Serhiy Verlanov, former head of the Tax Service, were fired last week because they were no longer useful to the West, and that's why the West allowed them to be fired in exchange for Saakashvili being appointed.  The same goes for Artem Sytnyk, the head of Ukraine's National Anti-Corruption Bureau, who is "to be fired soon."

Andriy Portnov, a lawyer from Yanukovych's entourage, drew attention on his Telegram channel to the fact that the "brazen and cocky" International Renaissance Foundation published details about Grant № 52948, which foresees the provision of public control over the State Investigation Bureau (SIB). "You are lucky the country [Ukraine] is being governed by people who are afraid of their own shadow. If I was [in the government], you would already be packing your bags and buying airplane tickets," Portnov stressed.

The same message was voiced by Illya Kyva (Opposition Platform --- For Life) on the ZIK TV channel. Kyva argued that the "Soros foundation" is financing SIB directly.

"The Russian Church in Ukraine is under attack from 'tomosiata', who brought coronavirus from Europe"

According to the narrative spread by bots on Twitter, "halychany" (Ukrainians from Galicia ---  Lviv, Ternopil and Ivano-Frankivsk Regions) are "disgusting" because "herds of them were bringing the virus [COVID-19] from Europe", and now they "blame" the Ukrainian Orthodox Church of the Moscow Patriarchate. The word "tomosiata" (analogue to "sorosiata") is also being used to describe people from Western Ukraine who allegedly supported the Tomos. 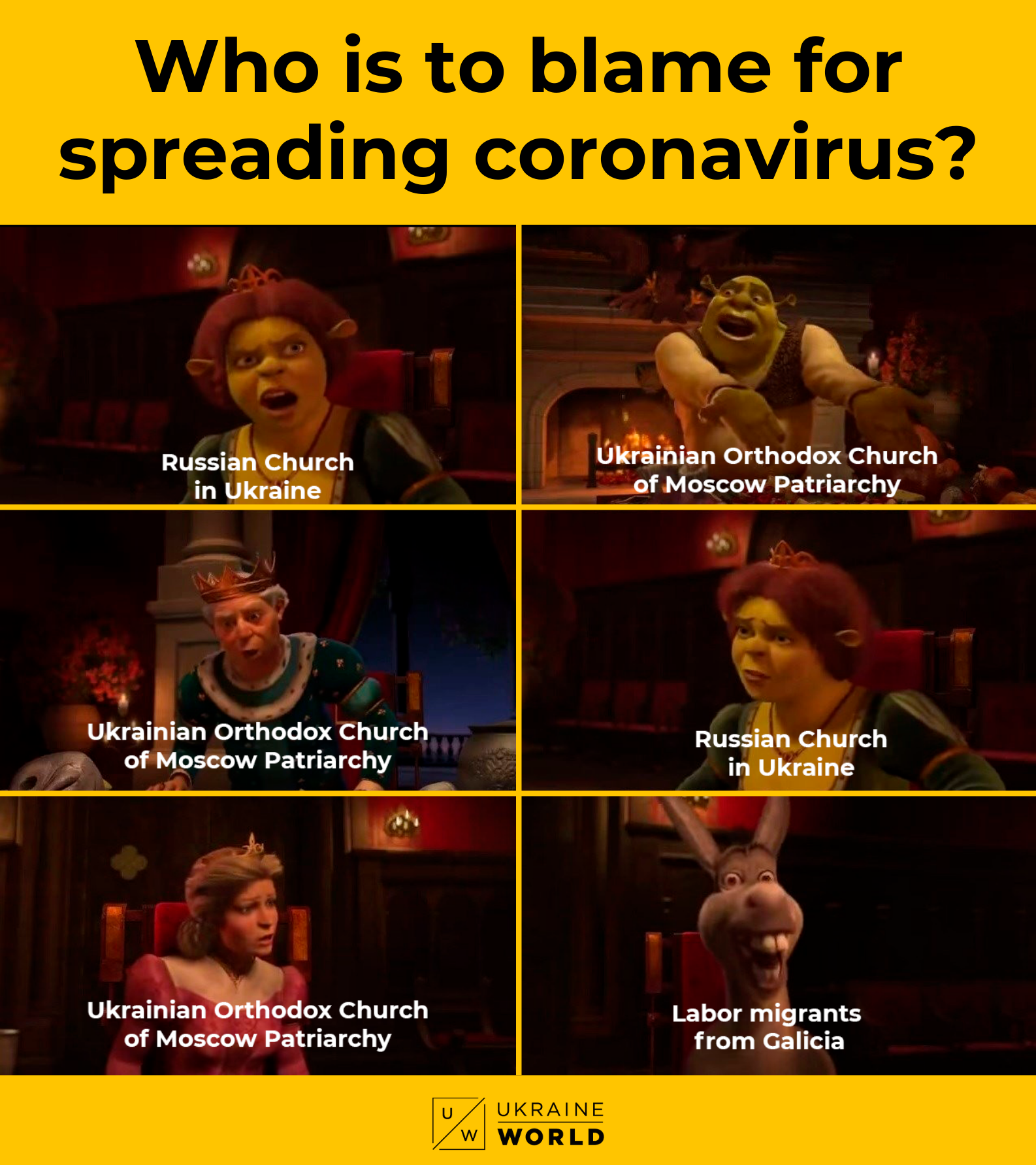 This might be a campaign to whitewash the Russian Church in Ukraine, which  put the health of believers at risk at Easter.

What is unique about Ukraine’s democracy? How is it different from that of other countries in Europe and the US? Listen to our new podcast to find out more.
InfoWatch
February 14, 2022