November 28, 2018
On November 25, Russia opened fire on three Ukrainian ships in the Kerch Strait and then seized them. On November 26, Kyiv imposed martial law in ten regions for thirty days as a response to the attack. 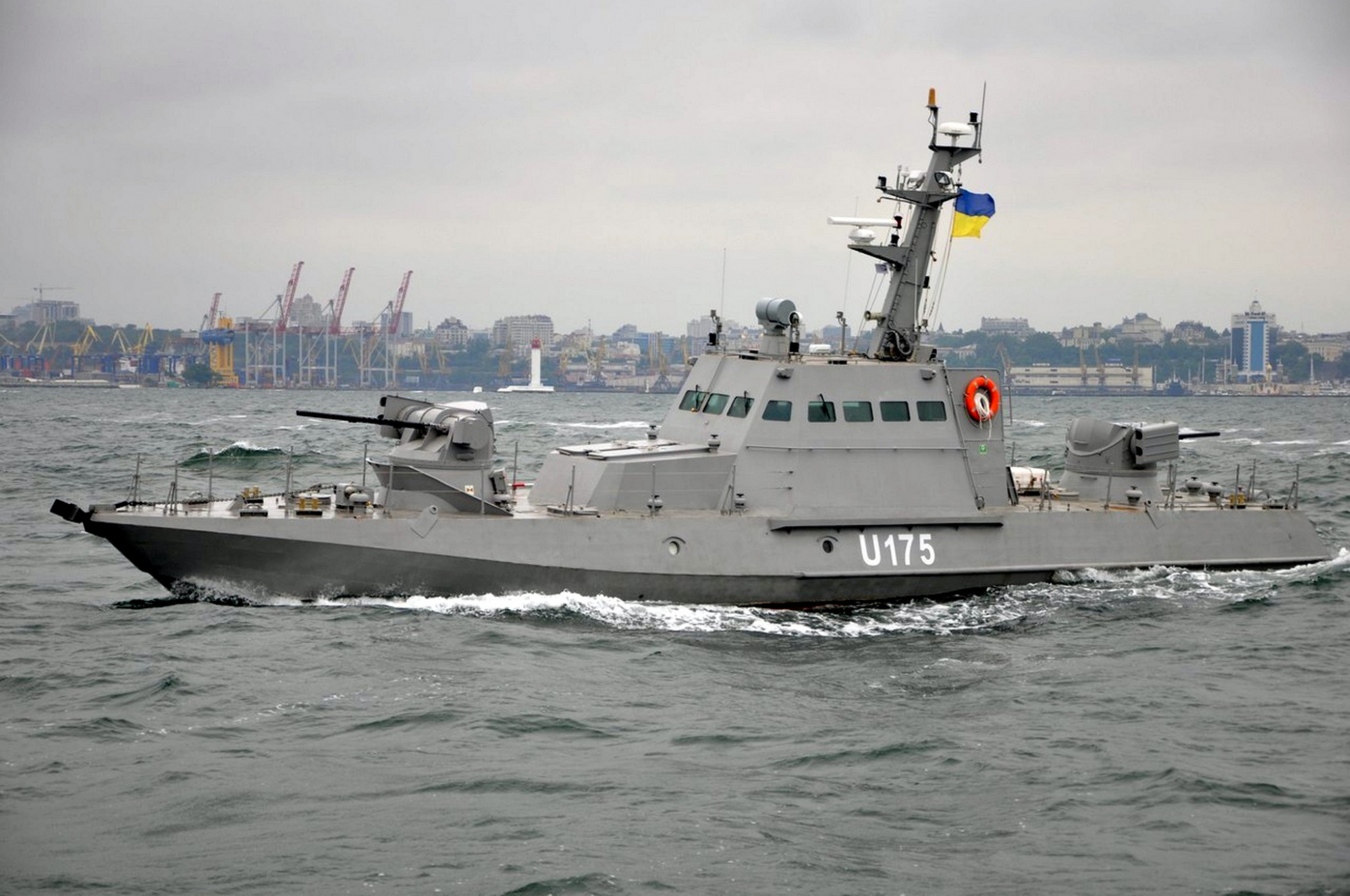 Contrary to Russia's previous military presence in Crimea or its military support of pro-Russian separatists in eastern Ukraine, both of which the Kremlin initially denied, this incident is an act of open and unmasked aggression against Ukraine.

The question is, why now?

On Sunday, two of Ukraine's gunboats and a tug were sailing from the Ukrainian port of Odesa on the Black Sea to Mariupol on the Sea of Azov. Ukraine's defense ministry says that it gave Russia advance warning about the boats' planned passing through the strait, but Russia denies having received any and accuses Ukraine of illegally entering its waters.

Russia later blocked civil vessels' passage through the strait, justifying its actions by pointing to possible provocations by Ukrainian ships. A Russian tanker was placed under the Kerch bridge to physically block any passage. The Russians said that the tanker was stranded, though permission to pass was granted to Russia's coast guard boats. Passage through the strait was not renewed for civil vessels until the next day.

These are not new violations by the Kremlin. Russia's previous illegal actions in the Black Sea region are already being considered by the Permanent Court of Arbitration in the Hague.

Since April, the Russian coast guard has halted commercial ships sailing to Ukrainian ports. This has negatively affected Ukrainian exports, 80 percent of which pass through water. Maritime traffic in Mariupol port dropped by15 percent, while in Berdiansk it was reduced by a third. The Kremlin became more active in the sea in May, after it completed construction of the bridge over the Strait of Kerch, the only entrance to the Sea of Azov.

Why did the conflict escalate now? One possibility is that the Kremlin is aiming to reinforce its control over the Sea of Azov and the Black Sea region. "Since the occupation of Crimea, Russia lays claim to control the Kerch Strait. Therefore, the passage of any Ukrainian civil vessels or navy ships makes the Kremlin nervous," says Mykhailo Samus, deputy director at the Kyiv-based Center for Army, Conversion, and Disarmament Studies. "The last time when Ukrainian ships passed the strait, it was quite painfully perceived by Russia."

Mykhailo Honchar, president of the Strategy XXI Center for Global Studies in Kyiv, notes that Russia has been waiting for an opportunity to escalate the conflict, because it has recently suffered a number of defeats, including the Skripal case, the uncovering of Russian hackers in the Netherlands, and Tomos for the Ukrainian Orthodox Church.

In his opinion, Russia will use the escalation in the Azov Sea to prove to the West that it's still powerful, and also to test Ukraine's reaction. "Russia counts on a weak response from Kyiv, and if there will be one, Moscow will test Ukraine further," he noted. The best response for Ukraine is to introduce martial law and turn the attention of the international community to Russia's actions, according to Honchar.

Honchar also pointed out that Russia is willing to protect its huge infrastructure project—the Kerch Bridge—at any cost. This shows why the construction of Nord Stream 2 and Turkish Stream poses security threats for nearby states: the Kremlin would be able to use its military under the pretext of defending its vital infrastructure.

According to Ukraine's Ministry of Foreign Affairs, Russia's actions meet the definition of aggression, as defined in Article 2 of the Charter of the United Nations and the provisions of UN General Assembly Resolution 29/3314. The ministry stated, "Russia has de facto expanded its military aggression against Ukraine to the sea."

Ukraine's President Petro Poroshenko agreed, saying, "This attack on the Ukrainian Navy's warships was not a mistake, not an accident, but a targeted action, including as regards the use of weapons against Ukrainian sailors, which had severe consequences."

Ukraine is counting on Western support. Pavlo Klimkin, Ukraine's foreign minister, said in an interview for European Pravda that Ukraine expected its partners to not only make statements but also take specific steps to counter Russian aggression. Poroshenko has made a number of phone calls during the day—to NATO Secretary General Jens Stoltenberg; Germany's Chancellor Angela Merkel; the president of the European Council, Donald Tusk; and Poland's President Andrzej Duda—to outline future steps in the international response toward Russian aggression.

Ukraine also raised the issue with various international institutions, including the OSCE Permanent Council, NATO-Ukraine Commission, and UN Security Council. The meeting of the UNSC was requested by both Ukraine and Russia. The council rejected the Russian request since the Kremlin insisted that Ukrainian sailors "illegally crossed" the border. However, the international community does not recognize Russia's seizure of Crimea. Thus, the meeting proceeded according to the agenda proposed by Ukraine.

Moscow's rhetoric is very different. Maria Zakharova, the spokesperson of Russian Ministry of Foreign Affairs, says that the actions of the Ukrainian ships and the Ukrainian government have been "cutthroat—provocation, use of force, and then accusing of aggression." Russia's Foreign Minister Sergey Lavrov urged "Kyiv's western sponsors" to "calm down those who try to use the war hysteria to score political points in the wake of upcoming elections or other events in Ukraine."

The official statement of the Russian Ministry of Foreign Affairs says that the recent events are "a well-thought-out provocation that took place in a predetermined place and form and is aimed at creating another hotbed of tension in that region and a pretext for stepping up sanctions against Russia." Russians say that this "provocation" was "designed to distract attention from the domestic political problems that exist in Ukraine."

Russian media say the "provocation" was allegedly planned by Ukraine in close cooperation with the US and is aimed at imposing martial law in Ukraine and, henceforth, canceling the elections, with Poroshenko being a main beneficiary. This is despite the Ukrainian president's announcement that martial law would last only thirty days, to allow the presidential campaign to start in time. To ensure this, Ukraine's parliament passed a decree setting the date of the next presidential elections for March 31, 2019.

Since September, Ukraine has been building a military base in the Sea of Azov to respond to increased hostilities from Russia in the area. However, currently its military presence there is quite weak. In September, the US agreed to transfer two of its decommissioned Coast Guard cutters to Ukraine, but they won't arrive until after July 2019.

What Ukraine can do now is to appeal to the international community to enhance sanctions.

Journalist Olha Reshetylova was one of the first people, back in spring 2014, to join the volunteer movement to support the Ukrainian army in Donbas. She was a coordinator...
PODCAST
February 17, 2018