February 20, 2020
February 20, 2014 was the most tragic day of Ukraine’s Revolution of Dignity of 2013-2014, known as “Maidan” or “Euromaidan”. At least 48 people were killed on Instytutska street in downtown Kyiv. We asked prominent Ukrainian journalists, volunteers, and intellectuals if Ukraine stays committed to Maidan values. 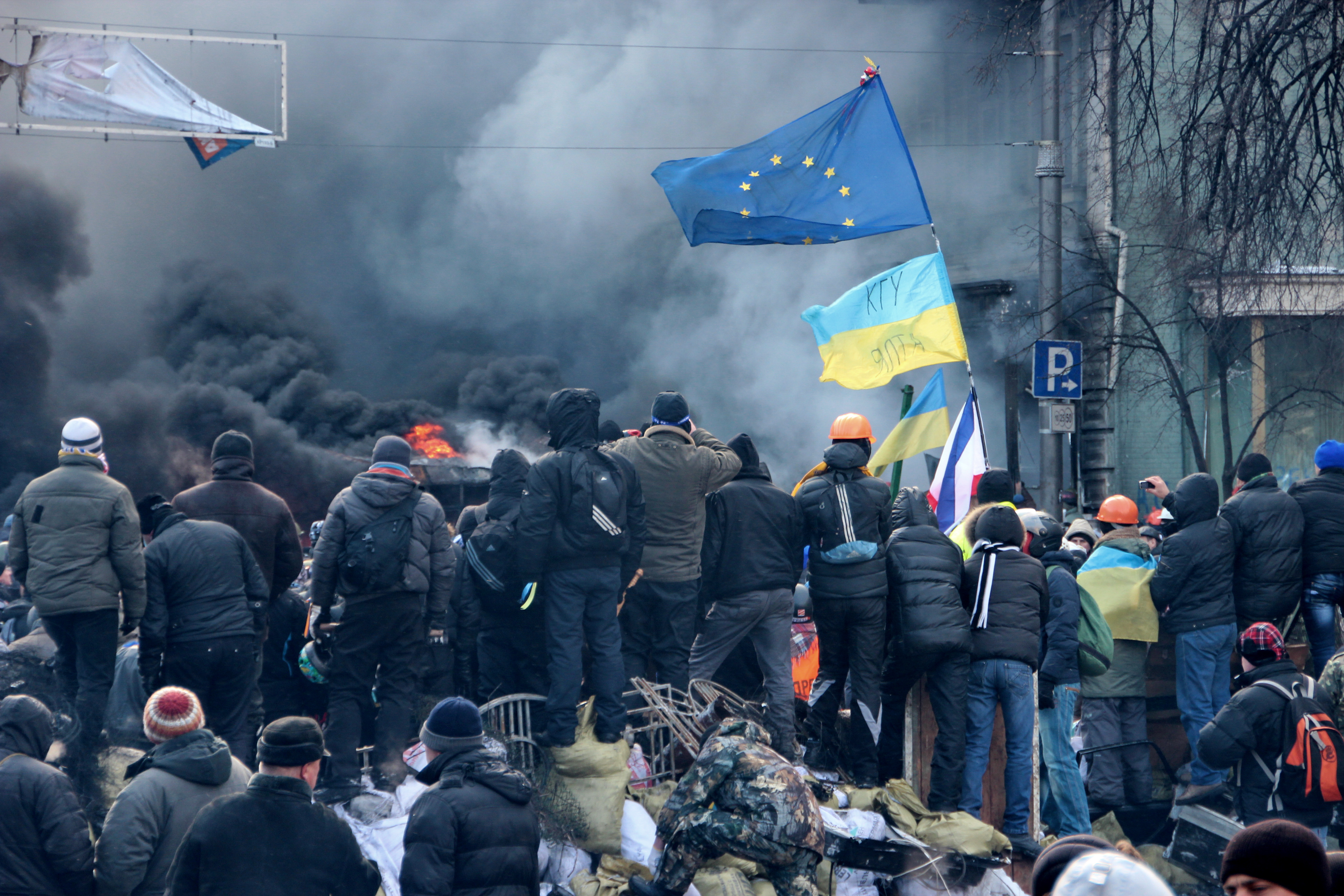 Liberals, centrists, right-wing and left-wing people stood together during Maidan events. Therefore, it is very difficult to ideologically define “Maidan values”. Obviously, Maidan stood for freedom, human rights, justice and the rule of law, inclusion of the people in determining Ukraine’s foreign policy vector. Maidan stood against injustice and authoritarianism; against turning Ukrainian society and the state into an “object”. This is what is now called “deep society” as opposed to “deep state”.

It is unavoidable that some social groups or individual citizens get burnt out. But Maidan, as a prototype of a self-organized, value-oriented civil society, clearly defeats authoritarianism. This fight, however, is not only hard to stop but also incredibly difficult to complete. It goes on and will last for a very long time.

I think we cannot speak for Ukraine in general, as we were not able to do so during the Maidan. There is always a passive majority and a charismatic minority. There is also the position held by the authorities. The values of the current Ukrainian authorities [i.e. President Zelensky’s administration – Ed.] are unclear. They seem to support all attitudes that exist in society, in order not to lose popularity. I cannot say that the [Zelensky administration’s] authorities share the values of Maidan, but at least they do not oppose them. However, some alarming signs have already become evident.

The passive majority remains passive, and the charismatic minority must realize that the path to freedom is a long and hard one, so one must pave this way sustainably, and not become disappointed.

By the end of Maidan there were different priorities for different people. Some fought for the values of human rights, dignity, tolerance, diversity, and also social equality. Others fought for national identity, especially as the state used violence against protesters, and for some security mattered more.

I think that the first set of values was more important. I believe that the political change that took place in 2019 has shown that the country/society at large chose the path to preserve the values of Maidan - freedoms, human rights, the value of human life, social equality. Choosing between security (at the expense of freedoms) and liberal freedoms (which are often named “European values”) Ukrainians chose freedoms. So the legacy of Maidan is preserved.

I follow the war [in Donbas] closely, which I consider to be a Russian-lead counter-revolution. And there is one critical thing for me, the biggest betrayal of the ideas and values of Maidan. Unfortunately, it was largely tolerated by civil society. I mean the fact that in 2015 the state of Ukraine stopped paying pensions to the residents of occupied Donbas, as if they’re “different class citizens.” Since then the idea of equality, solidarity, dignity was challenged and if there is one thing to fix – that was it. That is, to find a way to make all Ukrainian citizens equal again. There is nothing more undignified than old people who need to beg for their pennies.

Maidan changed my life radically. I was there from day one. And when the notorious Berkut special police forces unit brutally beat peaceful students on November 30, 2013, I started thinking, like a lot of my friends, ‘what can I do more than just join protests in downtown Kyiv?’. I recalled similar events in my turbulent youth and understood that medical units might well be helpful. So I wrote a post in Facebook which had over 600 shares in the course of one night. This post changed my life. I spent far more time in the next 5 years being involved in medical projects than practicing law.

Unfortunately, it wasn’t the case with my country. In the most tragic days of Maidan, 6 years ago, when dozens of people were killed in downtown Kyiv, I believed that if we were to win, the country would be destined to be radically changed. But now it is clear that we failed to transform the great inspiration, heroism and sacrifice of Maidan into fundamental transformation of Ukraine. It is still the mission that has to be accomplished, in order not to betray the martyrdom of those who died six years ago.

Ukraine as a whole is not committed to the values of Maidan. It has never been fully committed to those values from the very beginning. Only a small minority of passionate people who sacrificed their lives to put the country back on a more or less “civilized” track remained committed to these values. Even as a result of the last two election campaigns, no-one was able to suppress this minority, which has become a key pillar of civil society.

Western Europe’s culture of anti-violence continues to exert a magnetic pull on Ukrainian society. But will that be enough to resist Russia’s twenty-first century...
Ukraine Explained
December 14, 2018

In the past years, it became a regular news cause: another major brand chooses a location in Kyiv, Lviv or Odesa to shoot their promotional video for the foreign...