February 18, 2020
When I was a child growing up in the nineties, seeing a book in Ukrainian was like a miracle. There were very few publishing houses which printed books in Ukrainian. Those which were available were rather expensive and were squeezed out of the market by books in Russian imported from Russia. However, in the past decade, there has been a remarkable resurgence in the Ukrainian-language book industry. 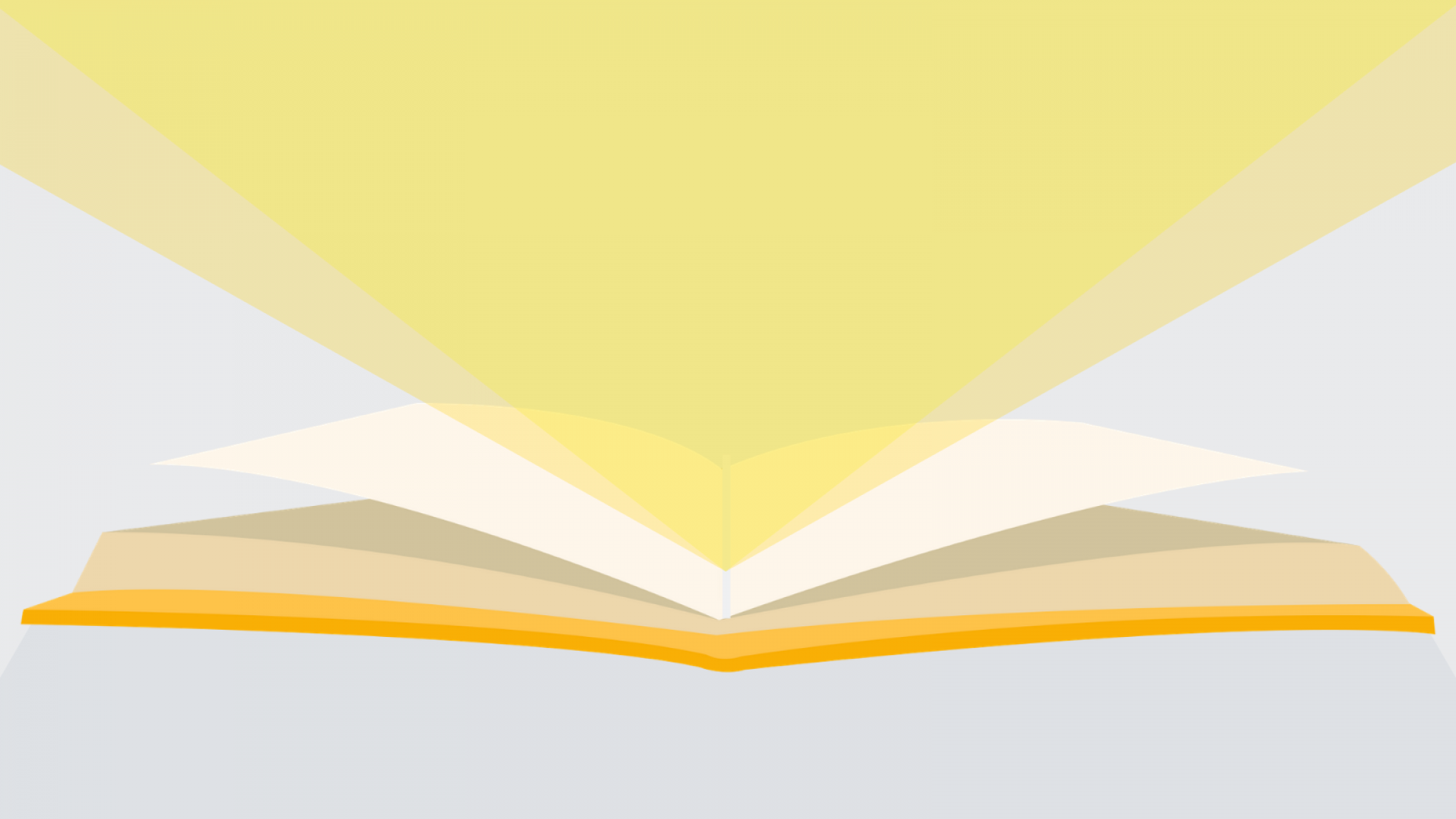 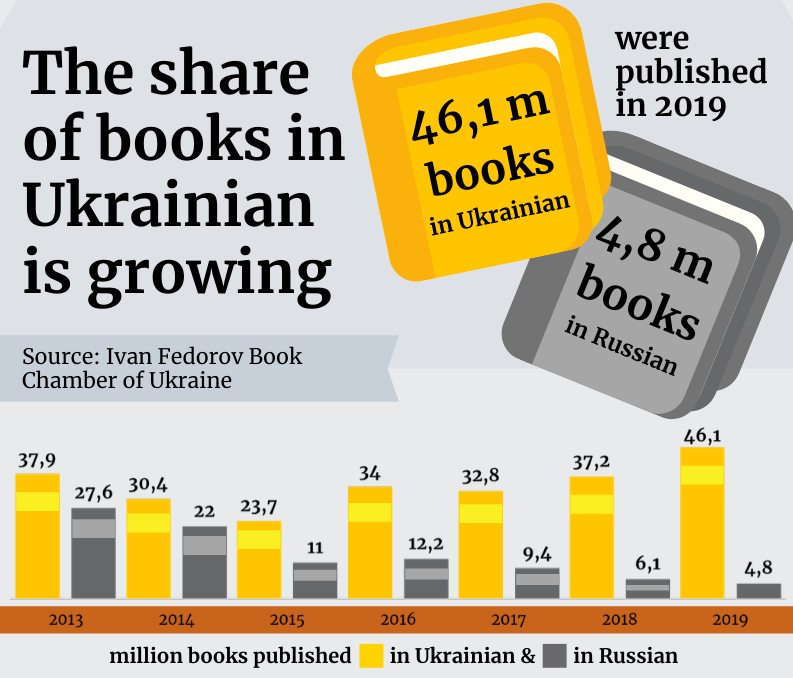 The whole book market in Ukraine experienced a decline  in 2014 and 2015 due to the war with Russia. Since 2016, there has been a steady growth of the share of books published in Ukrainian, while share of books in Russian has been in decline. According to the Report on the State of Publishing in Ukraine 2018-2019, there are two reasons for the growth of Ukrainian-language publishing and the shrinking of publishing in Russian.

Second, Ukrainian products have been in vogue ever since 2014, and Ukrainians are becoming more open towards the Ukrainian language. According to Ukrainian Reading and Publishing Data 2018, 24.2% of respondents said that it is more convenient for them to read in Ukrainian, 28.3% in Russian, while 45.3% of the respondents consider the choice of book language to be unimportant. Back in 2014, however, 24% of respondents stated a preference for books written in the Ukrainian language, while 44% preferred Russian, so there is a clear decline in Russian-language preferences.

Another important aspect which influenced the growth of Ukraine's book market is the restriction of book imports from Russia with anti-Ukrainian content (propaganda-infused "history" books, etc) which was introduced in 2017. So far, 208 publications across 35 Russian publishing houses have been added to this list.

The Ukrainian Book Institute, a governmental organisation under the aegis of the Ministry of Culture aimed at developing the Ukrainian book industry, notes in a commentary for UkraineWorld that the restriction of book imports from Russia has indeed been effective in boosting the popularity of books in Ukrainian. At the same time, the problem of Russian books being smuggled into Ukraine has arisen. Furthermore, a whole new market of pirated Russian books has appeared. Such books are often twice as cheap as the ones issued by Ukrainian publishing houses.

Ukrainian publishing houses also have problems distributing their books. "There are only a few bookstore chains that operate in Ukraine. Libraries and bookstores do not actively participate in the promotion of new books," Dana Pavlychko, director of Osnovy Publishing, tells UkraineWorld. Marjana Savka adds that even these few distribution chains do not cooperate for the good of Ukrainian publishing industry, which makes the task of publishing houses harder.

Another challenge Ukrainian publishing houses have to overcome is Ukrainians' low interest in books overall. According to a Research & Branding Group poll conducted in November 2019, only 43% of respondents said they read books. Only 14% of these said that they read books every day, while 31% replied they read a few times per month.

Pavlychko underscores the depth of this issue and argues that publishers cannot resolve it alone. "Popularisation of reading should consist of complex measures conducted by all the players on the market. Apart from the state, publishers and civil society, businesses and brands should contribute," she notes.

The Ukrainian Book Institute already has a programme underway aimed at popularising reading in Ukraine. "To this end, the Institute is implementing a reading promotion program that organizes or co-organizes various book and literature festivals and events for children," the organisation told us.

Interest in Ukrainian books is rising around the world, as well. According to the Ukrainian Book Institute, in the period between 1991 and 2012, 354 publishing rights for Ukrainian books were sold abroad. However, between 2014 and 2018, 320 rights were bought by foreign publishing houses. 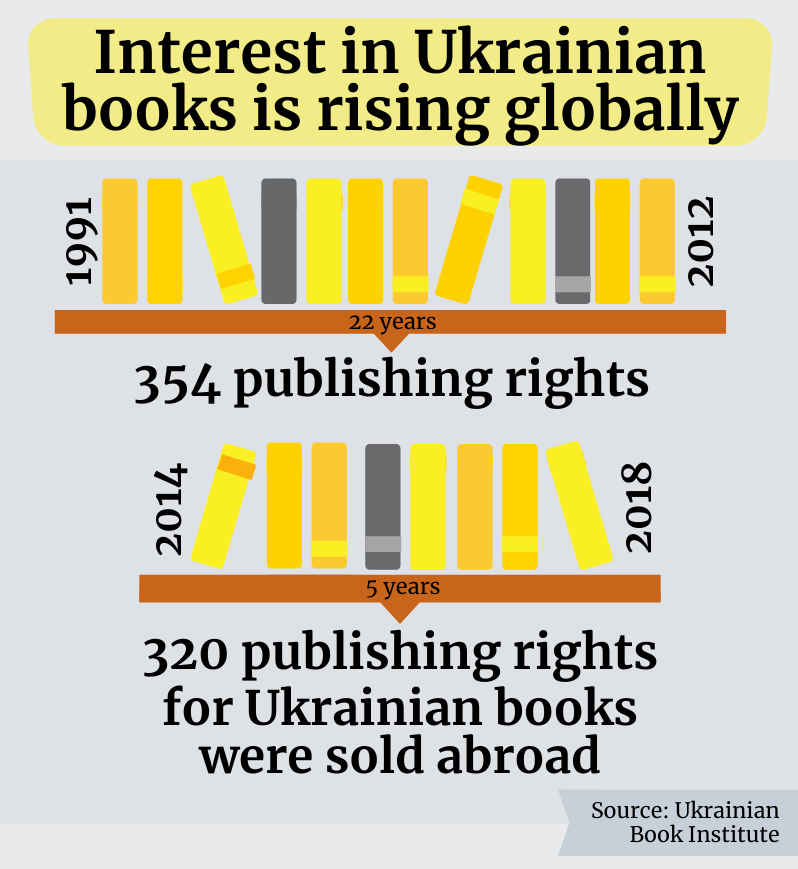 The Ukrainian Book Institute aims to strengthen the presence of Ukraine at international events. In 2020, a display from Ukraine will stand at the book fairs in Frankfurt, Warsaw, London, Bologna, Paris and Vilnius. UkraineWorld is also working in this direction. At the end of 2019, we published a book of essays by Ukrainian intellectuals in English - Ukraine in Histories and Stories.

At the same time, some Ukrainian publishing houses aspire to sell their books internationally, which means publishing books in English. For instance, Osnovy Publishing has in its portfolio the Awesome series, which consists of seven lifestyle books about Ukraine and its major cities in English. Osnovy also issued an English edition of the classic poem, Kateryna by Taras Shevchenko, as well as a number of culture and art editions in English. A-ba-ba-ha-la-ma-ha, a publishing house specialising in children's books, offers a number of fairy tale books in English. Vydavnytstvo Staroho Leva also has several bilingual children's books in Ukrainian and English.

In a global context, the resurgence of the Ukrainian book industry proves that Ukraine is breaking from the Russian cultural orbit.

As more books are being published in the Ukrainian language, Ukrainians are strengthening their cultural identity and standing ready to promote it at the international arena. However, the Ukrainian book market is still very young and small. For instance, in neighbouring Poland, which has a 38 million-strong population comparable to that of population Ukraine, 91 million books were published in 2018, almost three times more than in Ukraine that year. In this regard, Ukraine's book industry still has a long way to go.

Artist and activist Rustem Skybin fled the Russian occupation of Crimea in March 2014. In spite of many obstacles, he has opened a studio in Kyiv to revive the traditions...
PODCAST
February 20, 2019