July 21, 2022
The article focuses on the way Ukrainians have managed to balance negative thoughts and good humour to keep themselves together through the everyday reality of war. 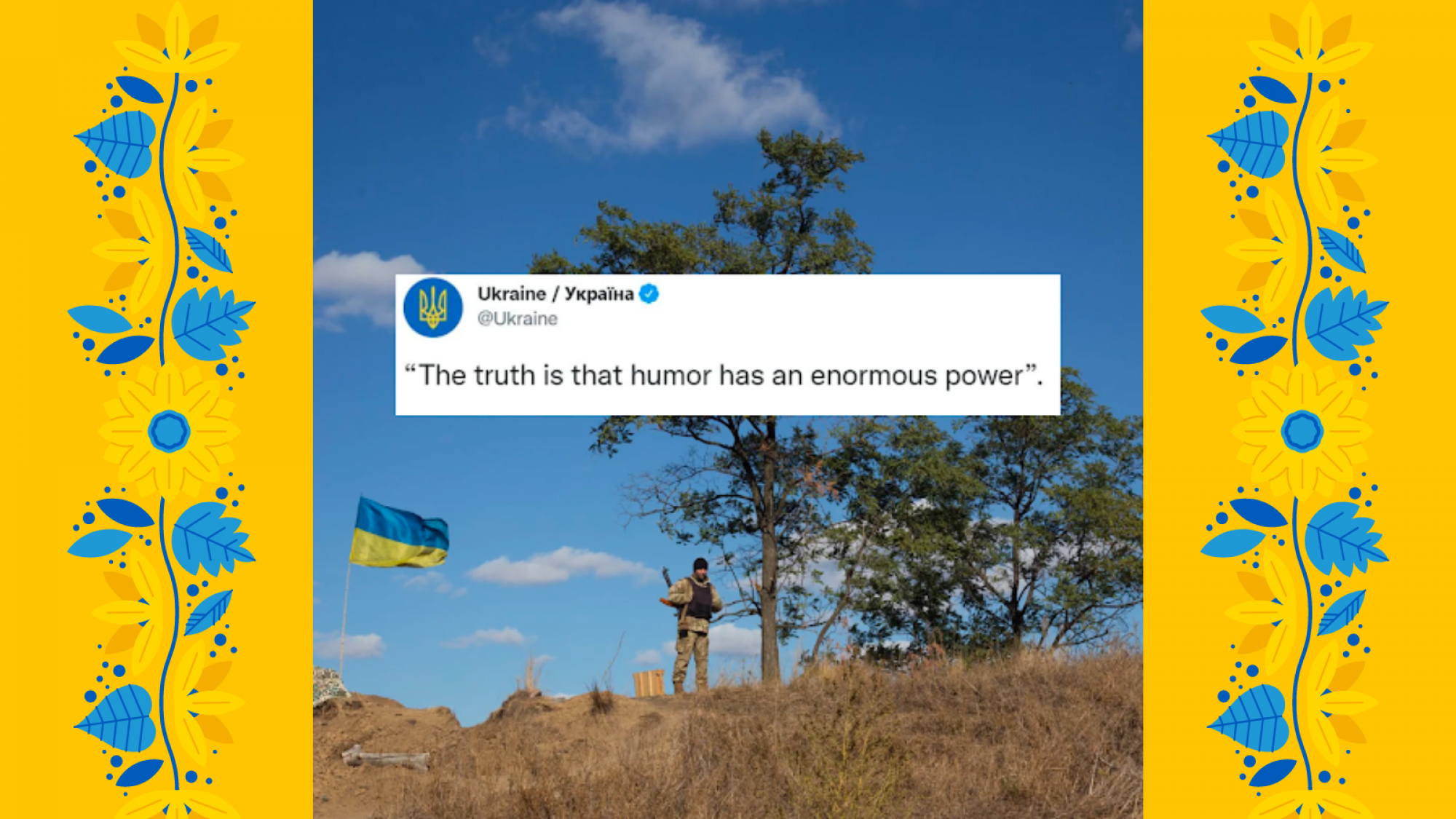 When Russia attacked Ukraine, people's first obvious reaction was fear and panic. One is never ready to meet war with a clear mind, after all. But constantly living with stress and depression can be harmful to anybody, especially to Ukrainians who have been fighting the enemy  for five months already.

This is when humor has a say

According to Paul Wong, a professor from Trent University, humor can serve as a survival tactic: a means of resistance, a form of sociopolitical expression, and a method to mock geopolitical narratives and especially enemies. Humor, in particular dark humor, can help us cope with bad situations, and war is a situation when bad things culminate and become so terrific that one can be driven to tears or laughter just to stay sane. War can be viewed as a demonic comedy, in which cruel ironies multiply at a breakneck speed.

In treating anxiety, Austrian psychiatrist and philosopher Viktor Frankl often used a technique called paradoxical intention. Basically, he challenged his patients to confront their fears in the worst imaginable situations. This exaggeration eventually grew so great, it became laughable rather than scary.

Ridiculing and teasing the enemy have been common techniques for centuries. Using jokes, people humiliated the enemy and tried to undermine the morale of enemy troops. Jokes also enhanced solidarity during times of danger. The greatest outburst of war humor was during the First World War when the so-called trench newspapers and front magazines appeared. They were full of jokes, satire, and irony, and were published by soldiers themselves.

Detaching ourselves from the horrors of war by laughing at its absurdities and at ourselves can be helpful. Laughter can give us strength.

As George Orwell put it, "every joke is a tiny revolution".

How Ukrainians use humor during war

Ukrainians are generally good-humored people who are prone to joking by nature. They have been coming up with all kinds of creative jokes throughout all critical times. A revolution, a case of corruption, bad politicians, natural disaster — every crisis is a reason for a new set of jokes. Interestingly, those jokes often quickly turn into folklore and can be easily recognised by every citizen irrespective of age and status. In this way they do the job and unite people at difficult times around something relatively positive. The links between humor and resilience become even more apparent when you think about both of them as ways of communication — the first easing tension for the second to help people unite and resist.

In the 21 century memes, TikTok and tweets replaced old caricatures, anecdotes, trench newspapers, and front magazines. There seems to be a plethora of those appearing every minute in Ukraine. Usually, special Telegram channels, people in Facebook and Twitter feeds publish some of the funny stuff which then goes viral through social media and probably even reaches national media. Additionally, politicians and other influential people joined this humor race and continue creating memes if not becoming ones. 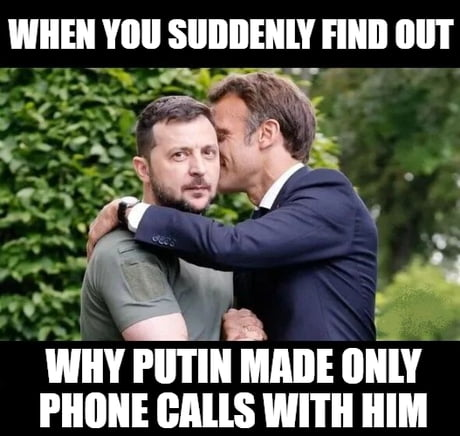 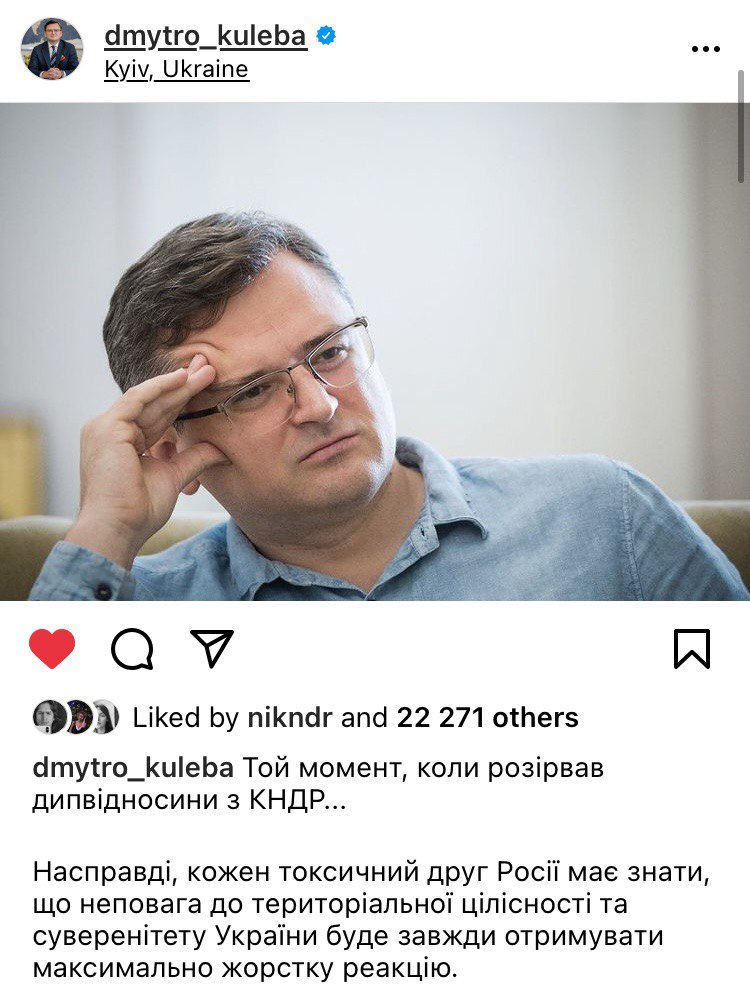 1) Jokes about the President Volodymyr Zelenskyy are numerous mostly focusing on how he showed unbelievable strength and pride during the war.

2) The Minister of Foreign Affairs joking about the look on his face when he halted diplomatic relations with the North Korea because of them recognising the independence of so-called "LNR" and "DNR". 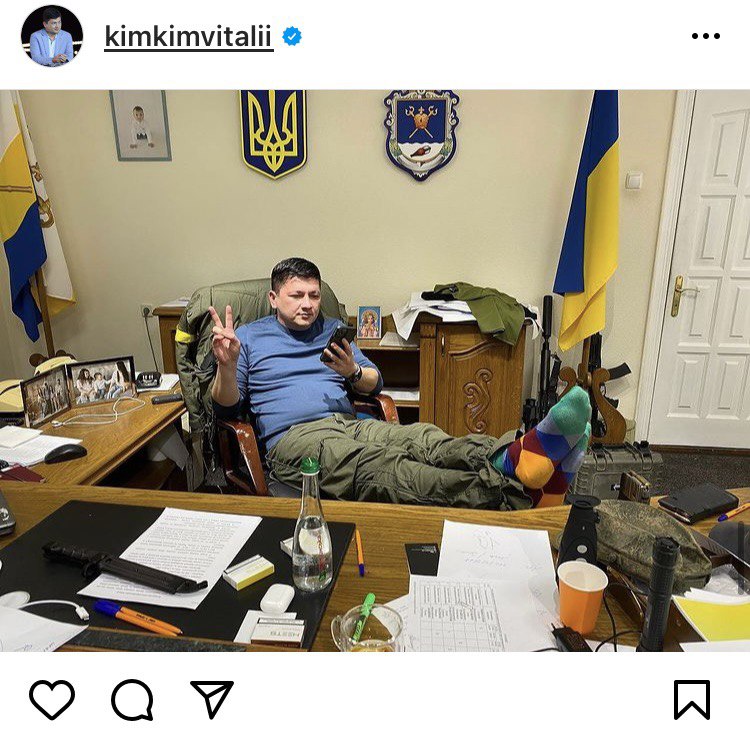 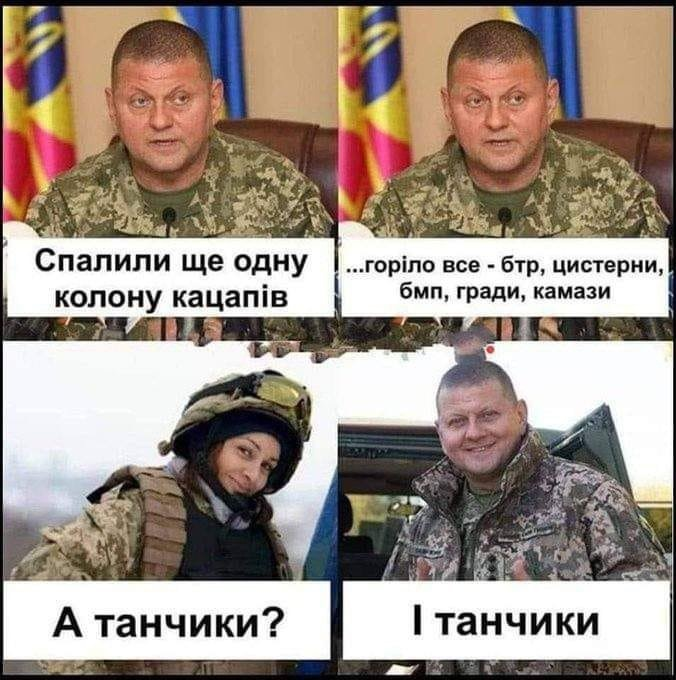 3) Vitalyy Kim, head of the Mykolaiv Regional Military Administration became a symbol of a relaxed and positive way of informing people about the state of war in a severely bombed southern city.

4) Jokes starring Valerii Zaluzhnyi, the Commander-in-Chief of the Armed Forces of Ukraine, are usually concerned with calmness, certainty and new weapons sent to Ukraine which will help to destroy more enemies.

— We burned one more military convoy of russists.

People use humor to ''erode authority'' by laughing at the ''fools who want to control them,'' and creating a shared sense of distinctive, oppositional group identity — "us VS them" (Bain and Taylor 2003: 1501). That is why a huge percentage of memes target at humiliating Russians. Enemies not only received tons of alternative names such as orks, russists, fascists, van'ky (after the most popular Russian male name) etc, but also are mocked for stealing women's underwear and washing machines when marodeuring Ukrainian houses and for being so stupid to have agreed to die in a senseless war. 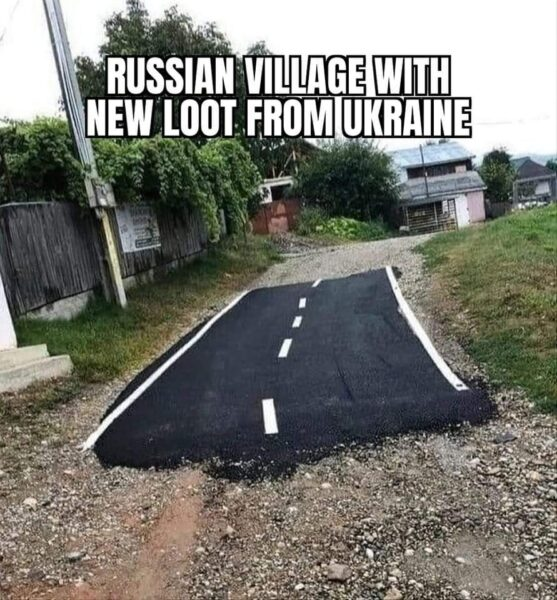 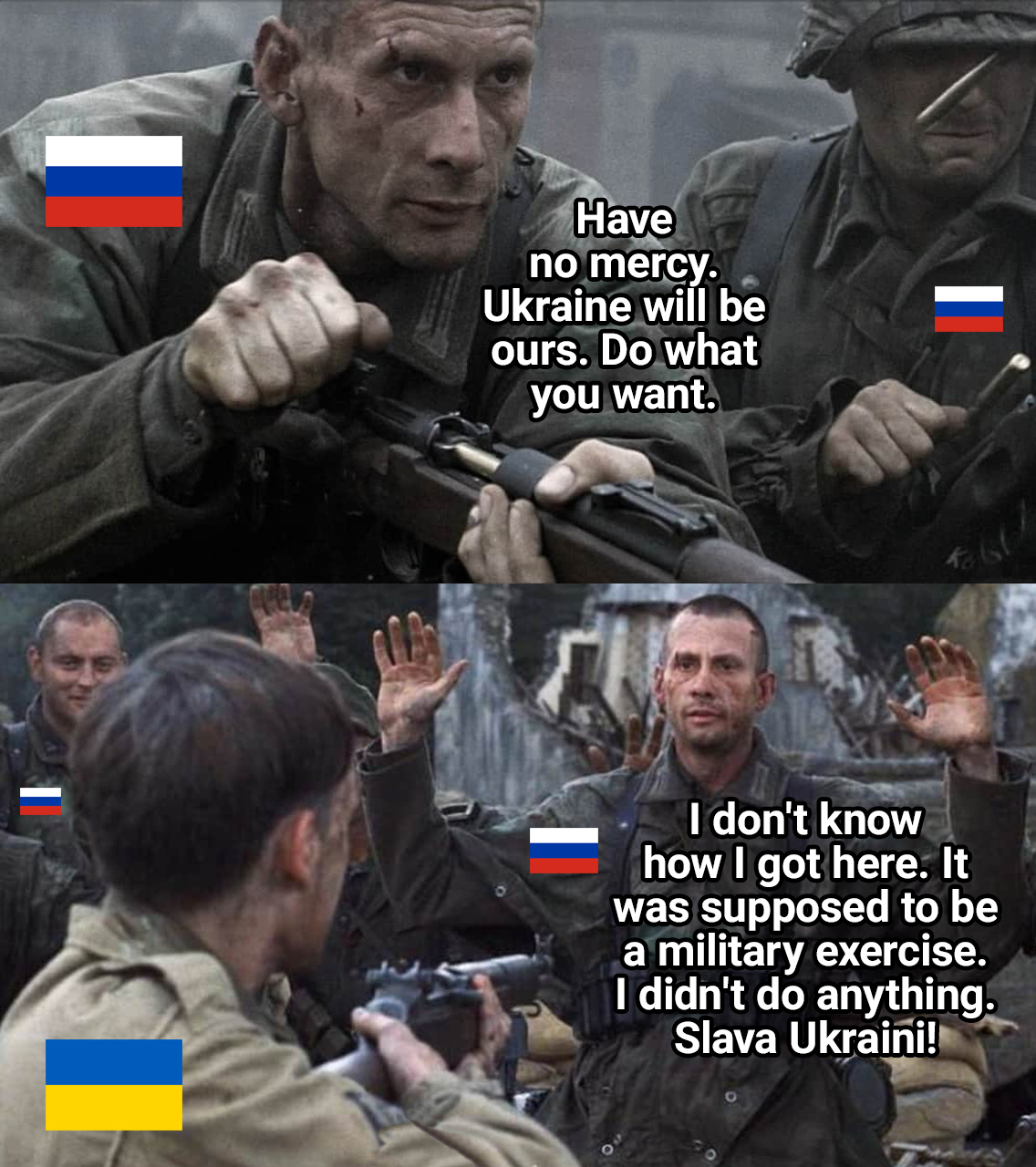 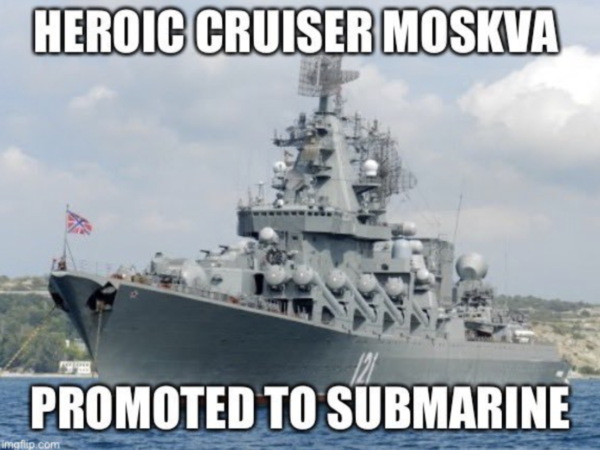 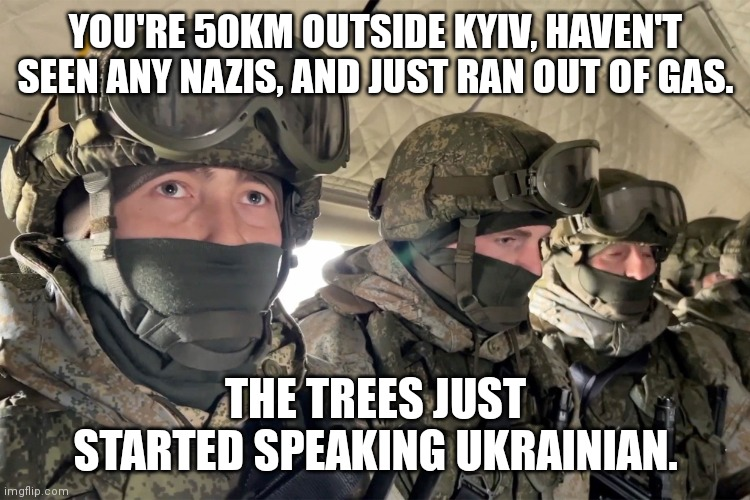 Another set of jokes includes hilarious real folk stories about absurd but heroic resistance of common Ukrainians. These memes are closest to being called post-ironic ones. Post-irony lets the audience reach an understanding in which earnest and ironic intents are mixed.

The heroes of those memes are a grandma who hit a hostile drone with a jar of pickled cucumbers, a man who carried a mine barehanded, tractor-drivers who continue plowing the land in between shelling and so on. All these situations are so surreal that the only thing left is to laugh at their absurdity. 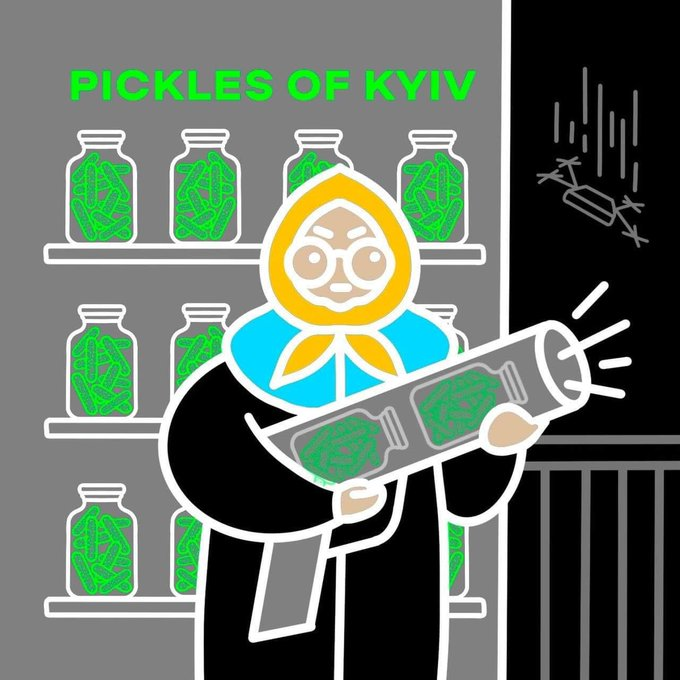 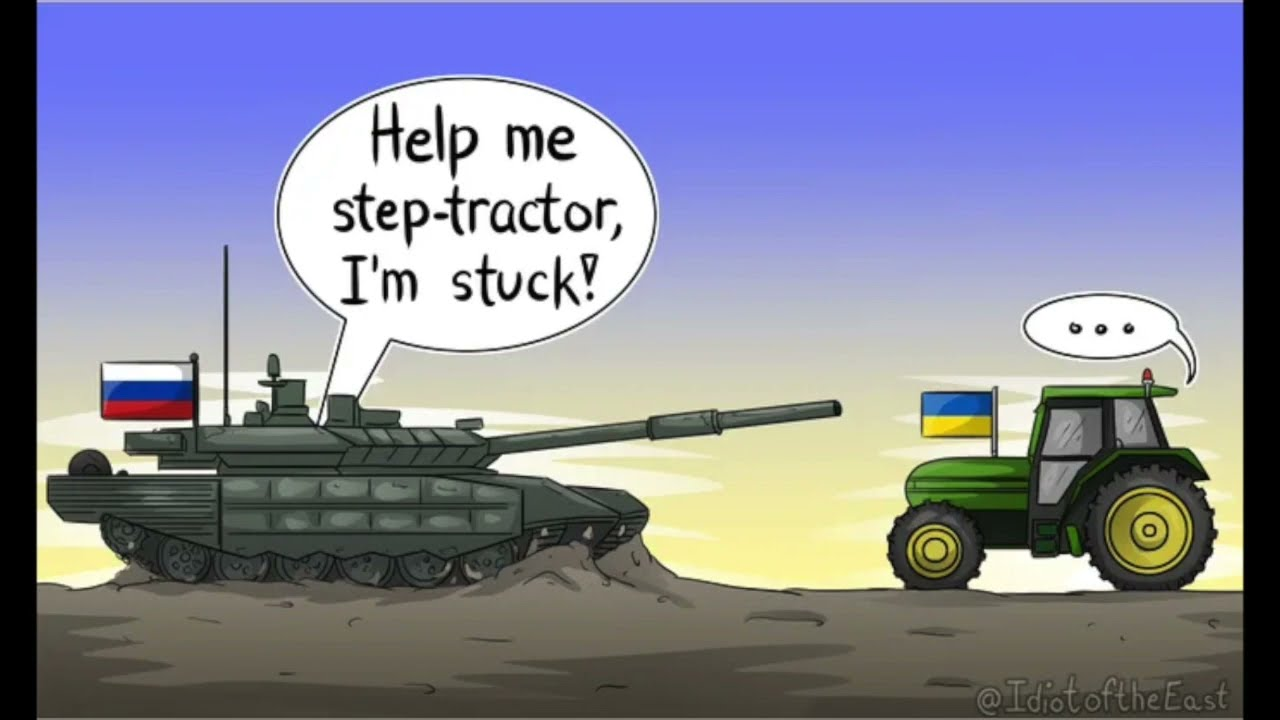 What makes Internet memes unique during Russian invasion of Ukraine is the speed of their transmission and the fidelity of their form. People share stories, create symbols, write songs and try to look on the bright side as much as possible. They find encouragement in making a dog called Patron who sniffs mines a cute symbol or words said by Ukrainian soldier from Snake island "Russian warship, do f*ck yourself" a world-famous catchphrase.

Still, some topics remain taboo to be made fun of with people's clear understanding that war is a horrific phenomenon with great sorrows, deaths and tragedies. Ukrainians know the red line which will not be crossed in terms of what can be laughed at.

There were TV-wars such as Vietnam and the first Gulf War and Internet wars such as Iraq and Afghanistan. Now we learn about war from social media and memes, where everyone has a visual say. Ukrainians learned how to balance between positive and negative "says" to boost each other in the face of ongoing terrific war.

What to read and watch next:

The Most Prolific Lies about Russian Invasion

Putin has unleashed a bloody war on Ukraine. We have gathered some prolific lies about the Russian invasion in our new video.
PODCAST
November 28, 2019