January 3, 2020
2019 was an unusual year in Ukrainian politics. The spectacular victory of Volodymyr Zelensky and his political force at both the presidential and parliamentary elections defined its outlook to a large extent. Let’s analyze the political outcomes of the year more closely. 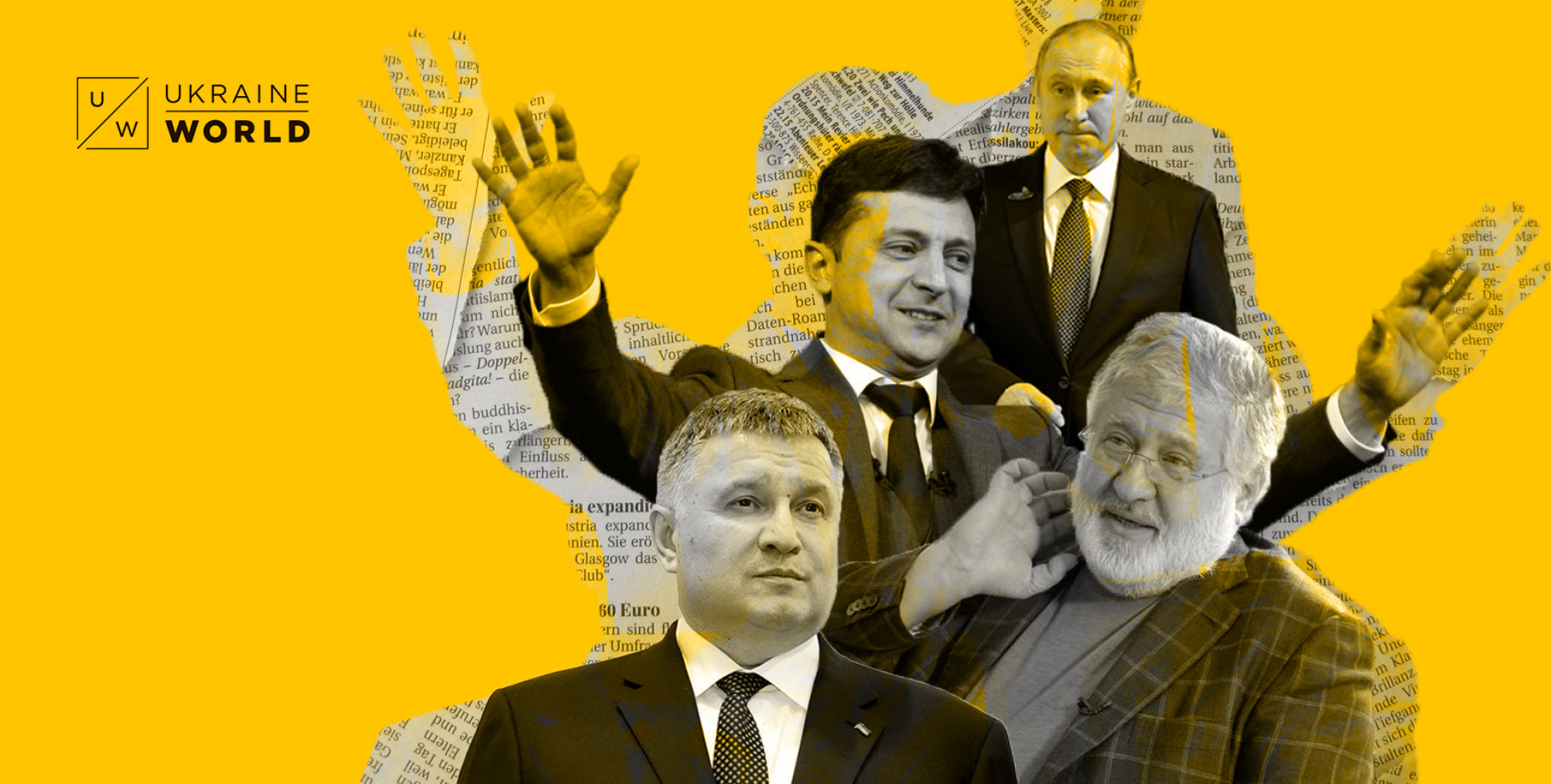 Zelensky: a disruptive brand in politics

The unexpected triumph of Volodymyr Zelensky and his party Servant of the People (SoP) at both the presidential election in March-April and parliamentary election in July 2019 became the major political event in Ukraine in 2019.

Zelensky and his team were game-changers in the manner in which politics functions in Ukrainian society, and how political campaigns are conducted. He merged politics with entertainment, made room for a new type of populism, and conducted political campaigning focused on memes, rather than slogans, and on visually rich social networks in addition to TV. He became a "disruptive brand", to use a term used by marketologists. Actually, his campaign contained a great deal of political marketing.

Zelensky merged politics with entertainment, made room for a new type of populism, and conducted political campaigning focused on memes, rather than slogans

However, Zelensky immediately became a hostage of his own success. He built his campaign on "anti-establishment" messaging showing himself as an ordinary man, who speaks like and looks like your next-door neighbour. That won him immense success among voters, who no longer want politicians to be "fathers of the nation". But this immediately revealed problems: SoP appeared to be a very mixed political force; the expectations of different groups of Zelensky voters are often contradictory, and the party has no real grassroots foundation.

Servant of the People is a very mixed political force; the expectations of different groups of Zelensky voters are often contradictory, and the party has no real grassroots foundation

Besides,  the image of a "disruptive brand" still dominates the logic behind the actions of the new government. Short-term planning dominates long-term horizons. Various actors voice various scenarios and plans, often contradicting each other, and key actors behind Zelensky, from the prime minister to the head of the presidential office, are surrounded by rumors of their imminent resignation.

Open society populism: will it work?

UkraineWorld once described Zelensky phenomenon as "populism 2.0". But this populism is different from many of its variants in the rest of the world. While in some other parts of the world populism creates a discourse of closure, new boundaries, and xenophobia, Zelensky still talks about openness, a liberal agenda, and transparency. While in many parts of the world populism is a force of nostalgia, helping disillusioned people find their lost foundation in an increasingly frightening world, Zelensky's team is oriented towards the future, not the past.

Contrary to many other populisms around the world, Zelensky still talks about openness, a liberal agenda, and transparency.

However, the question is whether this futurist logic of breakthrough isn't closing its eyes to Ukraine's existential challenge: the need to survive. Proponents of development logic say that Ukraine will only survive if it learns to be successful. Proponents of security logic argue that no country is able to develop if it's not able to defend itself against Russian aggression. The balance between security logic and development logic will certainly define the future success or failure of this administration.

War in Donbas: the devil is in the detail

It is no secret that the war in Donbas and Russian aggression in general remains an existential issue for Ukraine.

During the election campaign Zelensky showed a different approach towards the war than the then incumbent president, Petro Poroshenko. While Poroshenko was security-oriented, Zelensky was peace-oriented: peace was a much more important concept to him than national interests.

This approach won him many votes, created new opportunities for peacemaking but also new risks. The key risk is that Ukraine could find itself in a trap set in a Moscow-drafted peace plan, which will help the Kremlin to gradually restore its influence in Ukraine.

There are many questions around the peace process, which are difficult to resolve, especially given Russia's traditionally small interest in reaching compromises.

A controversy was already voiced during the Paris "Normandy" summit held on December 9. Russian President Putin insists that the Minsk-2 agreement should be taken à la lettre, especially Provision 9, according to which Ukraine can regain control over the Ukrainian-Russian border only after an election is held on occupied territories. Zelensky, on the contrary, said that Ukraine wants to gain control over the border before this election is held.

However, as we argued earlier, this controversy can be a trap hiding much more sophisticated problems.

An asset of Zelensky's administration and the current SoP-dominated Parliament is that it has succeeded in putting forward several important political reforms expected by  Ukrainian society.

The Election Code, which faced so many barriers in recent years, was finally adopted in December. The next Parliament in Ukraine will be elected on a proportional system and will, therefore, exclude corruption-rich "single-member constituencies". Parties will also take part in elections with open lists. This will mean that citizens will be able to know specific representatives of a party running in their particular constituency, which was not the case before. Both provisions were advocated by Ukrainian civil society for years. The Code also gives internally displaced persons and labor migrants the right to vote in the places where they actually live.

Also, in a move to reduce the gap between MPs of the Ukrainian Parliament and citizens, the Verkhovna Rada earlier has agreed to lift the immunity of MPs. This has pleased many voters who often see MPs as people willing to win their parliamentary seat for the benefit of their egoistic interests. But critical voices say that without immunity opposition MPs will be unable to defend democracy if it becomes a victim of abuse. Previously democratic-minded MPs with immunity were able to help the organizers of protests and defend their rights in courts; now this balance against abuse will be no longer at hand.

The economic reforms of the new administration are also far from a black and white picture. Some trends are positive, others raise concerns.

Naftogaz, Ukraine's gas and oil giant, was finally unbundled in accordance with European legislation, which made Ukraine's gas sector as being more adapted to EU gas rules than those of some EU member states. Progress was made in the electricity sector: the electricity market became operational in July, which caused more competition and reduced prices for industry. Hopes are high with regard to customs reform, as Max Nefiodov, a key architect of Ukraine'a public procurement know-how ProZorro, now heads the Customs Service.

Crucial steps were taken towards land market reform. For context: Ukrainian arable land was partially privatized in the 1990s, when 7 million citizens received their pieces of land but were immediately banned from using it as a commodity. Lifting this ban is expected to create a genuine land market in Ukraine and boost agricultural growth. Skeptics say, however, that with a weak and corrupt judiciary and law-enforcement, individual land owners risk being forced to sell their land for low prices to local oligarchs.

Another big economic issue is Ihor Kolomoysky. An oligarch that openly supported Zelensky in his electoral contest with Poroshenko now wants to grab his part of the pie. Kolomoysky continues to influence Zelensky's political force, although SoP is far from an homogenous force, and is subject to information wars in social networks (primarily Telegram) between pro- Kolomoysky and anti-Kolomoysky actors.

Kolomoysky lost a jurisdiction case against the State of Ukraine in a London court, a ruling that poses a big threat for his business future and keeps some of his assets frozen. Because this oligarch increasingly sees the West, IMF, US and EU institutions as his personal enemies, he recently publicly expressed support for a possible U-turn by Ukraine towards friendlier relations with Russia. His provocative statements in  international media outlets can be read as an attempt to raise the stakes and win his place back at the negotiating table, though he definitely remains a highly toxic figure in Ukrainian politics.

The Honeymoon is over: cracks appear in the Zelensky team

Zelensky won both the presidential and parliamentary elections with huge popular support. But Ukraine is not Russia: mistrust in the government and bureaucracy is an intrinsic feature of Ukrainian political culture, so cracks in Zelensky's popularity were simply a matter of time.

Ukraine is not Russia: mistrust in the government and bureaucracy is an intrinsic feature of Ukrainian political culture.

These cracks are now visible. Zelensky's rating is falling: although a majority of Ukrainian citizens (52%) expressed their positive attitude to Zelensky in late November, this figure is much lower than in September (73%). 39% of citizens say Ukraine is moving in the "wrong" direction (36% say the direction is "right"), compared to 23% in August. It will get stronger next year.

There is also increasing confrontation between different factions within the Servant of the People, primarily between pro-Kolomoysky and anti-Kolomoysky people. The ruling party failed at elections to local territorial communities held in December, which showed a visible problem: SoP is still not a party with deep infrastructure and grassroots representation, but rather a top-down political project with no real foundation. Insiders and media report about the possible firing of several ministers, or even of Prime Minister Honcharuk himself. Spring 2020 might mark a new fight for places in the government, with the risk that Kolomoysky will try to lobby a figure that will promote his interests. Avakov, the strong interior minister, is also a plausible candidate to lead the government.

Much in Zelensky's political campaign was aimed at showing him as an "ordinary man", a "dove" wishing only good for the people, peace for the country and development for the economy. Now this dove is increasingly overshadowed by the dragons of cynical interests fighting between each other.

All this is capable of making the year 2020 no less dramatic than the previous one.

How about turning your hobby into a business? This Ukrainian family did so! Watch its story in the video submitted within a contest for regional journalists supported...
PODCAST
June 10, 2019