December 27, 2019
Over the past few years, Ukrainian cinema has been rising from the ashes. And 2019 has finally seen the potential fully unfold. The Ukrainian movie industry has become more genuine and diverse in its expression. Here are some of the brightest premieres of 2019 that are worth checking out. 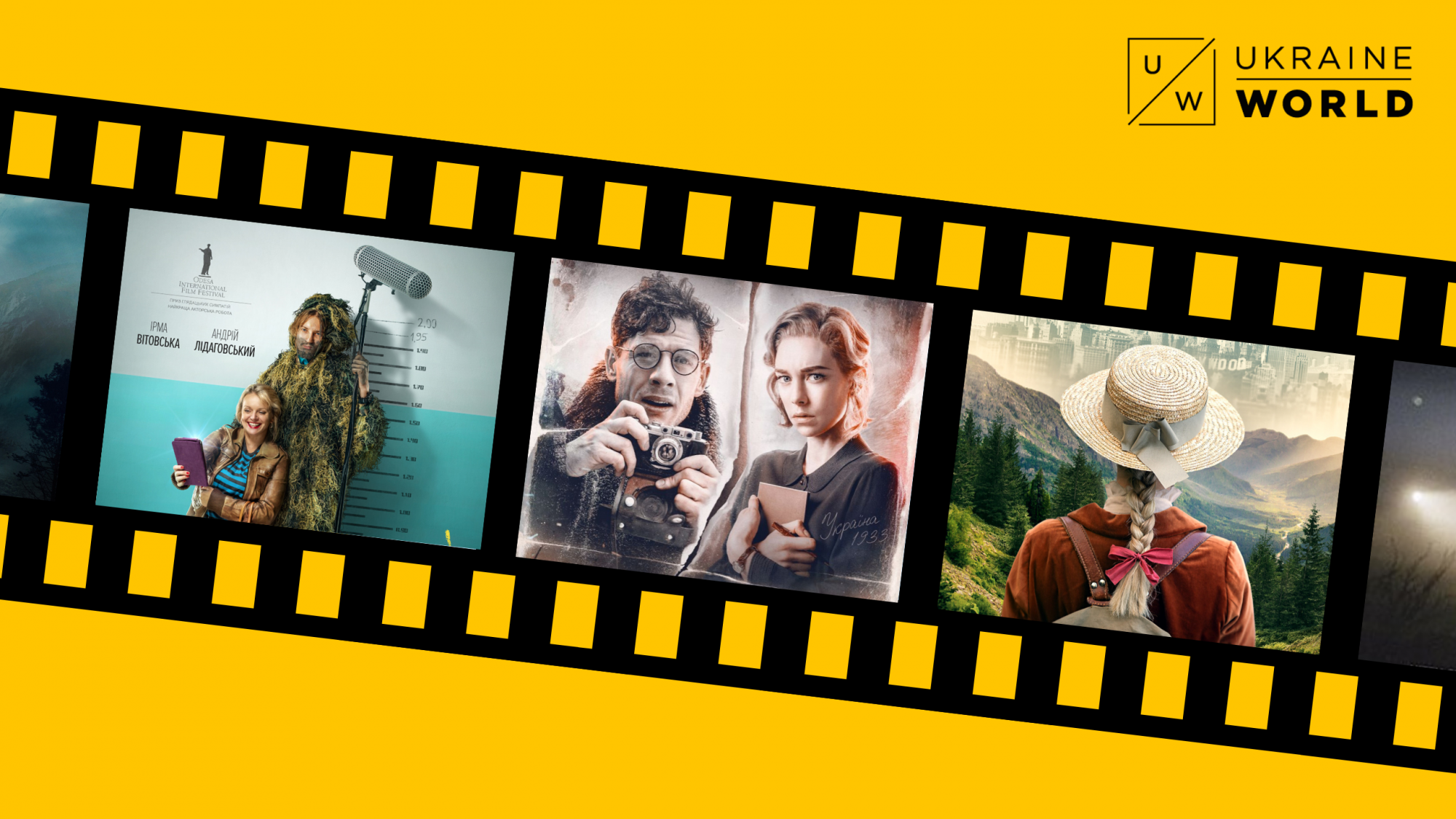 The system of state support for national cinematography has helped Ukrainian filmmakers to start creating a competitive market at home and to win awards at international film festivals.As Ukrainian State Film Agency told UkraineWorld, in 2019, it helped to distribute 16 full-length features, 9 documentaries and one short film almanac. The state also supported the promotion campaign for 2 more full-length feature films and 2 documentaries. In total, as of mid-December, according to the state agency, the State of Ukraine spent 129.4 mln hryvnias (5.5 mln dollars) on filmmaking and production. In addition to the variety of movies available, Ukrainians got more to choose from in terms of genre and quality.

Ukrainian filmmakers have restlessly reminded filmgoers about Ukraine's very recent and ongoing history, namely Russia's war on Ukraine in the East. Ivan Tymchuk, the director of Ilovaisk 2014. Donbas Battalion transferred one of the most tragic events in Ukraine's modern history to the silver screen. The movie shows the life of the Donbas Battalion that was encircled in the deadly Battle of Ilovaisk, and how many of its members were eventually killed by Russian regular armed forces. Although it is not a documentary, many veterans and servicemen who fought in Ilovaisk contributed greatly to the feature. It takes the viewer back to the real tragedy, when one recognizes some of the real war heroes that were killed in the battle, such as Marko Paslawsky, for instance.

Some filmmakers have even gone futuristic and tried to see what awaits Ukraine in the current circumstances. Check out Valentyn Vasyanovych’s Atlantis, the winner of the best film in the Horizons section of the 76th Venice International Film Festival. The drama puts us in the imaginary near future when Ukraine will have victoriously put an end to Russia’s war. But the post-conflict reality is grimmer than one can imagine. The war has left tremendous economic and ecological damage which makes life even more difficult for those scared by its traumatic footprint. It is the story of a soldier with PTSD who tries to recover and find peace in the hopeless post-conflict reality.

Meanwhile, the challenge of making a breathtaking historical action film that is worth-watching still remains. The long-awaited Kruty 1918, devoted to the 100th anniversary of the battle between Bolshevik forces and a small Ukrainian unit, sparked quite a criticism among the Ukrainian public for its technical gaffes and lack of historical rigour. Hope for progress in historical movies emerged with The Rising Hawk, a joint-Ukrainian-American action movie directed by Akhtem Seitablaev and John Wynn. A story based on the historical novel Zakhar Berkut by one of the most prominent Ukrainian writers, Ivan Franko, was seen as a masterpiece. Showing a small village in the Carpathian Mountains courageously fighting against the Mongol invasion of 1241, it does have its drawbacks. But, all in all, it is clearly better than all the previous attempts to bring historical events to Ukraine's big screen.

Ukraine's 2019 submission for Oscars, the road movie Homeward, tells us about the real-time scars from the ongoing war and annexed motherland. The devouring emotional story of two Crimean Tatars by Nariman Aliev is a must-watch. It is the director's "personal silent manifesto against what happens to his people" after the Russian annexation of Crimea in 2014 and invasion of Donbas. The drama unfolds when Mustafa comes to Kyiv to take the body of his older son, who was killed in the East, back to Crimea. To do this, he takes his younger son, Alim, on a long journey homeward. The viewer joins the road trip to live through their father-son relationship and the numerous obstacles they encounter. This movie is full of symbolic details that outline the identity of Crimean Tatars. It keeps you in suspense until the very end.

Needless to say, HBO's Chernobyl TV series has done its work in evoking the interest of international audiences in Ukraine. Despite having some cinematic exaggerations, the historical drama was mostly praised by Ukrainians for its overall accuracy and recreated the atmosphere. What a foreign viewer might have missed is Ukrainian attempts to rethink the Chernobyl disaster. Alexander Denysenko created a short movie called Wonderwall that takes you on a "surreal musical journey through the Chernobyl exclusion zone". The story has already won 24 awards at film festivals around the globe.

By the way, American cable and satellite TV network HBO has also acquired the rights to show a psychological drama called Liza's Tale by Oleksandr Zhovna.It puts you in the shoes of people with Down Syndrome, two children use a magic screen through which they step from the horrible and unpleasant reality into the parallel world of their favorite films. They feel free and happy but, unfortunately, have to go back to the cruel reality with obstacles that only Liza survives. The Ukrainian drama will be shown in May 2020 in 14 countries in Central Europe.

Another attempt to draw attention to Ukraine's tragic past beyond Ukraine was revived in the political thriller Mr. Jones, a co-production made by the Polish film director Agnieszka Holland. Based on real events of 1933, the feature shows the struggle of a Welsh journalist, Gareth Jones, who goes to Eastern Ukraine and discovers Stalin's famine, the Holodomor. Trying to tell the world about what happens, he comes across daunting challenges when Walter Duranty, Pulitzer Prize winner and the New York Times' journalist in Moscow, stands in his way and denies the truth of the famine. Despite some flaws in the depiction of the Holodomor, the story of two journalists is a heart-wrenching reminder of how lies can doom millions of lives. It highlights the importance of standing for truth no matter what the risks.

But Ukraine's cinematic 2019 has not been just about tears and sorrow. The beginning of 2019 was marked by the charming and witty musical Hutsulka Ksenya. It was said to be the first Ukrainian movie of this genre worth watching. Olena Demyanenko brought to the screen Yaroslav Barnych's operetta, a story that unfolds in the Carpathian Mountains of 1939, a few weeks before the Bolshevik occupation of Western Ukraine. A young American-born Ukrainian comes to the picturesque town of Vorokhta to fulfil his father's condition to be able to inherit 1 million dollars. To do that, he has to marry a Ukrainian woman. This heartwarming story also immerses you into the lifestyle and traditions of Western Ukrainians in the 1930s.

But what definitely nailed 2019 is a brilliant Ukrainian documentary called Heat Singers by Nadia Parfan.This tragicomedy is a booster of genuine emotions, sad and funny to a fault. While each heating season is a common annual drama in Ukraine, Nadia Parfan found a way to make Ukrainians look differently at those who work hard to heat their homes despite the aging infrastructure. Namely, the employees of the municipal heating enterprise in a Western-Ukrainian town of Ivano-Frankivsk who do not lose their optimism and try to rescue the situation by ... singing. The choir, led by the head of the Trade Union, helps them find joy amid the challenges of repairing rusty pipes and calming down angry customers. No wonder the feature won the national award for the best documentary, and has been one the most popular documentaries among cinema lovers in Ukraine.

Another film worth watching is the tragic comedy My Thoughts Are Silent. A road movie about a young sound recorder and his mother by Antonio Lukich, which will be released in January 2020. The director was praised for his "highly unusual talent for constructing tragicomic situations", which helped the feature win the East of the West competition at the Karlovy Vary International Film Festival.

Those longing for some miracles and warm Christmas stories might be interested in  checking out "the winter fantasy with the hot heart" called Tilky Dyvo (Only wonder) by the experienced Ukrainian filmmaker Olena Karetnyk. The family movie transfers you to the beautiful mountainous land of eternal winter ahead of the feast of St. Nicholas, where young Severyn goes on a risky but also exciting adventure to rescue his father's life.

While some of the films produced in 2019 are not out yet, the passing cinematic year is a substantial promise that 2020 will reveal more new talents and releases in Ukraine to be proud of.

Between October and December 2018, the Docudays UA will, for the second time, organize the cultural diplomacy project See Ukraine: The Empty Pedestal; this year,...
PODCAST
October 6, 2020