January 5, 2020
If there’s one thing that sustains its drive in Ukraine, it is surely the national music industry. By the number of new voices and sounds, it can be only compared to the upgrading of the Ukrainian government that took place in 2019. UkraineWorld outlined some of the best releases over the past year. 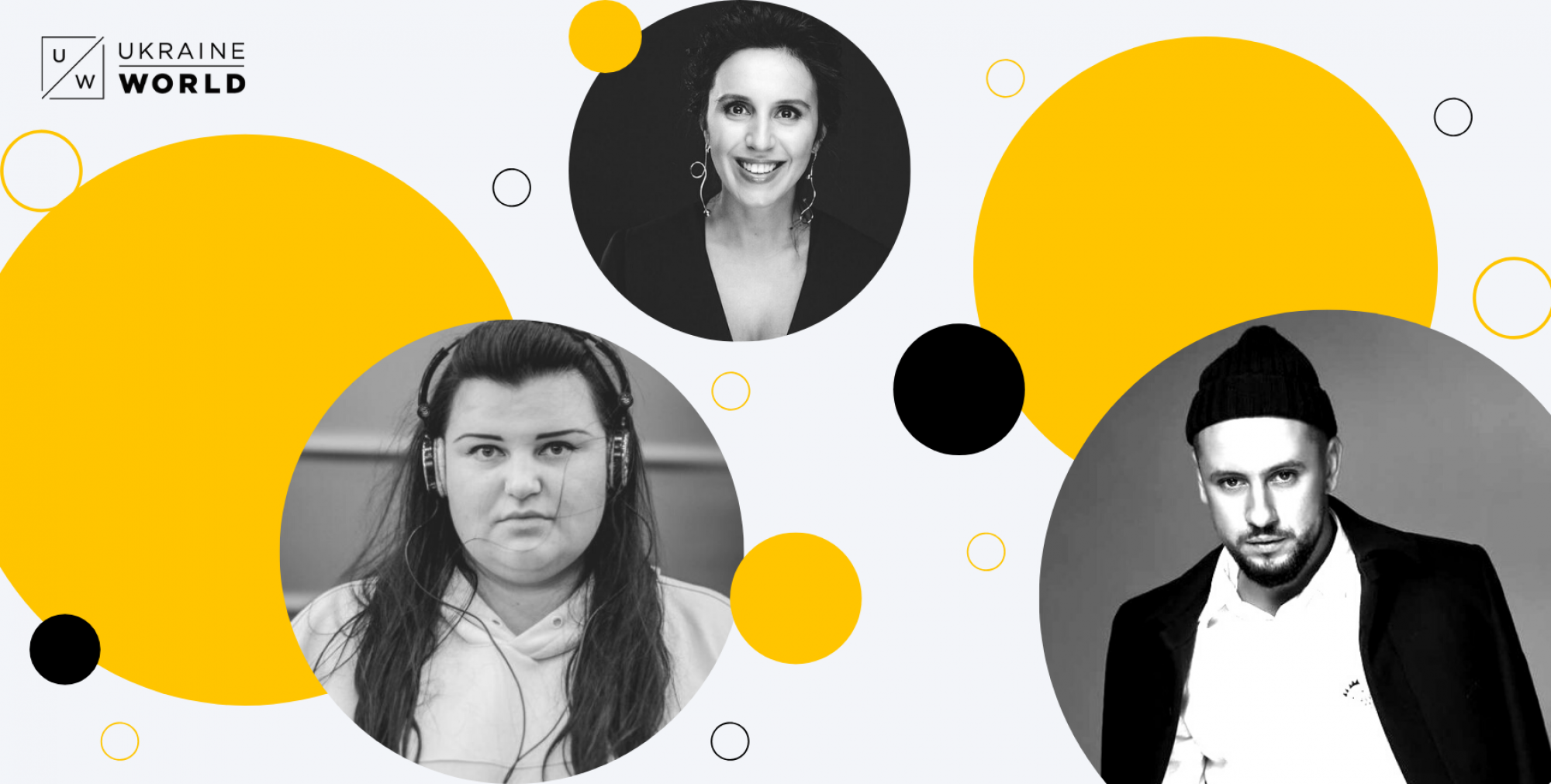 New singles and albums have become diverse and experimental as never before.

In 2019, more Ukrainian musicians of various genres tried to go back to roots in order to breathe new life into traditional songs. Ethnic motives and folk lyricshave been woven into electro Onuka, pop Maruv, or even rap. The recent video clip Hory by Kalush and Alyona Alyona, shot in the Carpathian Mountains, features not only good rap but also hypnotic sounds of a wooden reed pipe. Here, one should definitely check YUKO, who have already mastered how to bring folk to an ultra-contemporary level.

In terms of being creative with ethnic music, the project ZItkani is a real gem. Recorded in far-away Brazil with local musicians, its mini-album Berehy is the sound of Ukrainian identity and a creative summary of self-discovery. Valentyna Levchenko's voice in combination with unique lyrics is as devouring as the sounds of an exotic mandolin, berimbau, Congo.

Reed also: 10 Reasons Why Ukrainian Music is a World-Class Phenomenon

Talking about ethno-folk, one should check out the latest album Air from the already world-known freak cabaret Dakh Daughters. And, obviously, check the last powerful singles of famous ethnic chaos band Dakha Brakha, like Plyve Choven. Both staged some fantastic concerts in Ukraine and beyond with masterpiece modern folk visualizations that make you live each song as a separate theatrical performance.

If this year was to be labelled with a genre, it would probably be hip hop and rap. Here, Alyona Alyona leads the gang. The new self-made star, the former principal of a kindergarten, really hit a home run this outgoing year with her album Pushka. While it might seem nothing new on the global scale of this genre, Alyona Alyona is a totally new level of Ukrainian hip hop music. In addition to sincerity and natural flow, she stands out with her deep lyrics, which spark positive energy and highlight the lexical palette of the Ukrainian language.

Some artists can also be jealous of the speed with which she has produced her tracks and videos in 2019. Most importantly, every next one does not lose out in terms of quality but quite the opposite. She clearly knows how to impress. Not least, by recording duets with different talented colleagues, like the famous Ukrainian soul and jazz singer Jamala in her latest song, which is about hate speech on social media.

There is also a feature with a young hip hopper, Alina Pash, who released her first album, called Pintea, a mix of rap, pop and ethnic motives. Her new video, Bosorkanya, is a good example of how the artist uses her Transcarpathian identity and language to create a new and stylish musical product. This traditional component is so important in her hip hop that she even made a short music documentary as a preview to the album.

Pop-lovers also have a lot to choose from. The bright and energetic Monatik has already been named the king of Ukrainian pop. His album Love It (mostly in Russian) holds the high ground and provides an uplifting dance beat charged with motivation to pursue success and follow your dreams. Apart from working with Alyona Alyona, again, there is a feature with People's Artist of Ukraine Nina Matviyenko performed in the Ukrainian language.

Some good quality pop with electro-folk notes was released by the now globally-known band Kazka, which was the first Ukrainian band to get into the Shazam music chart in 2018, and even competed at the national selection for Eurovision 2019. Although the new album is still in progress, Kazka also received the best pop band award from Yuna. Besides that, another electro-pop singer, Maruv, has been recognized as the discovery of the year. For some, her performances might be too provocative, but her music and shows are something really new and unexpected from Ukraine.

Lana Del Ray fans might be interested to see the latest video clips by the Ukrainian lyrical songwriter and singer Khrystyna Soloviy. Known for her music attachment to Lemko folk songs, she has taken a decisive turn into poetic melancholy. Her video clips Pro Vesnu (About Spring) and Liubiy Druh (Dear friend) are proof of that.

Talking about melancholic but energetic ballades, the Castle and Braii are probably the first new names to mention. With a mix of Arctic Monkeys and Michelle Gurevich's vibes, these Ukrainian bands sound like a world-class indie-pop.

Aside from fun and chill, the theme of war in Eastern Ukraine has also found its way to reach people's ear in the project Stasik. The musical videos by Anastasia Shevchenko, a veteran of the ongoing war in Donbas, can barely be called songs. This is post-modern art through which she touches upon some of the most inconvenient topics, raising issues like trauma, fears and violence.

In Ukrainian rock and contemporary music in general, it might be difficult to find anyone ready to beat Hardkiss. Yulia Sanina's magnetic voice, as well as the quality of the sound, go beyond time and space. Though this band is already well-recognized in Ukraine, it still might be  a discovery of the year 2019 for the global audience.

On a lighter note, there is also good news for those who appreciate good jazz. Pokaz Trio kicked off with quite a cinematographic debut album called Kintsugi, released on the Norwegian label Losen Records.

Although there are many more names worth mentioning, Ukrainian YouTube is still largely dominated by songs in Russian. Nonetheless, 2019 proved that this is changing. At least two pop videos in Ukrainian got into the top 10 of the national YouTube chart. Vremya i Steklo's Dym and Jerry Heil's Okhrana Otmena reached 3rd and 9th positions, respectively.

It has become a tradition at the beginning of each new year to look back at the successes and failures of the last year.
PODCAST
October 6, 2020