March 12, 2019
There would be no modern and European Ukraine without volunteers. In 2013-2014, they made the Revolution of Dignity come true. Later, in 2014, they joined the Ukrainian army and supported it with all the necessary things during the first, most difficult, months and so helped to suspend Russian military aggression in the East of the country. 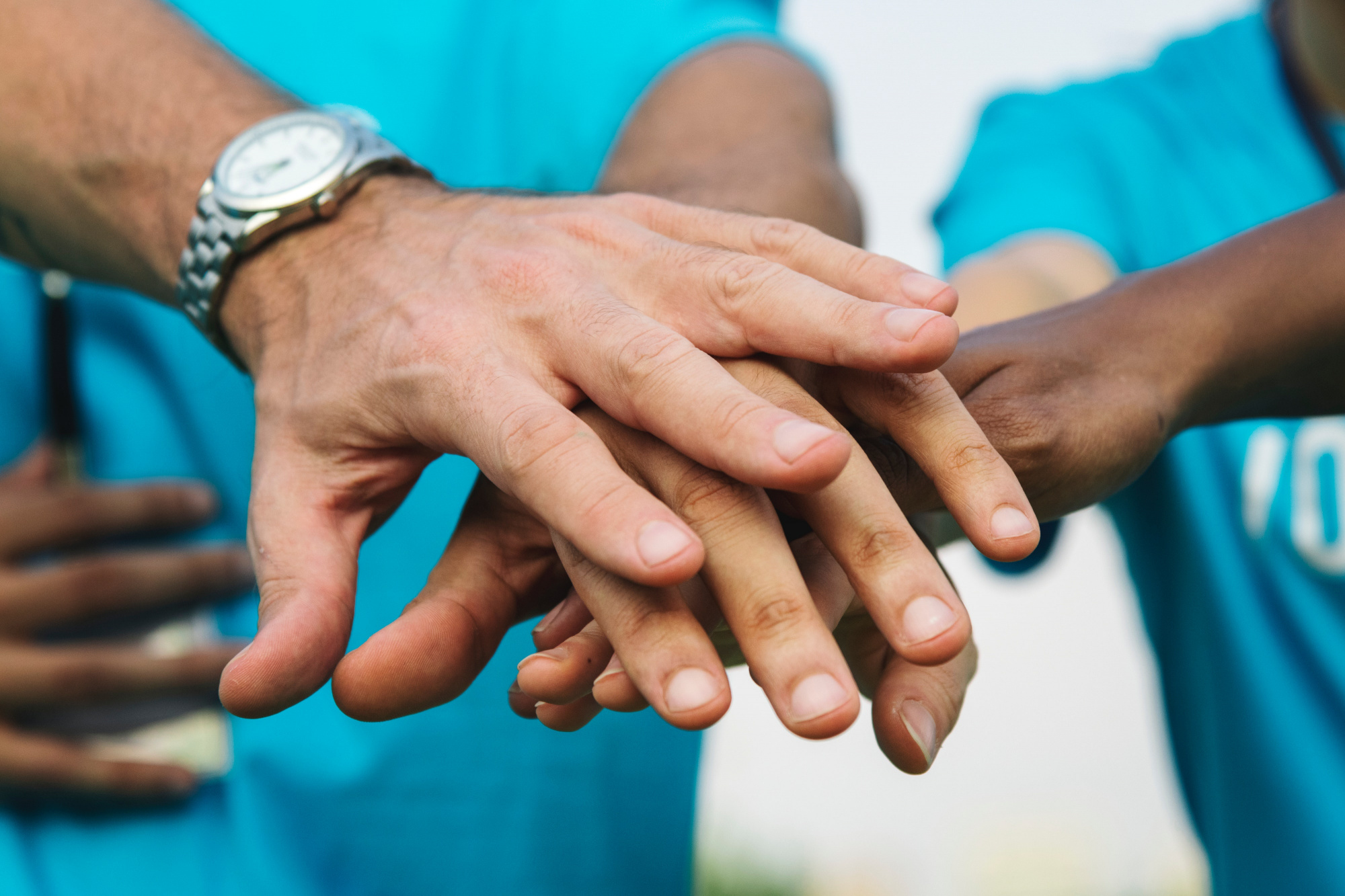 However, in general, by 2013, the volunteer movement in Ukraine had been developing quite weakly compared with other countries of the world. According to the World Giving Index (WGI) 2011, Ukraine occupied just 105th place out of 145 countries – as only 5% of the population was involved in volunteering. But the Revolution of Dignity, the annexation of Crimea, and the war in Donbas changed the situation. In WGI 2017 Ukraine moved to 90th place out of 139 countries.

There would be no Revolution of Dignity in 2013-14 without volunteers.

Actually, Maidan would still have gathered, but it's unlikelyit would have survived without a reliable volunteer support of a really large scale. At that time, residents of Kyivand people from the whole of Ukraine provided an example of a wonderful self-organization in order to achieve the main goal – to change Ukraine and make it a legal European state.

Every day on Khreshchatyk in Kyiv, volunteers took over a large part of work on arranging the comfortable stay of several thousand people on Maidan. These included physicians, lawyers, psychologists, journalists and others. In a matter of days, dozens of volunteer initiatives and Internet projects arose. For example, #Eurohostel , which provided assistance to shelter protesters in Kyiv-based apartments, EuroMaidan SOS , which gave legal support, the Ukrainian Crisis Media Center (UCMC) , which contacted the press, MaidanMedic, with all the necessary medical assistance, etc.

EuroMaidan SOS was established on November 30, 2013, on the night of the beating of students during the Maidan protests. So far it has been documenting all law violations by the previous Ukrainian authorities' regime and by the Russian Federation's forces on temporarily occupied Ukrainian territories. It also publicizes them where possible, provides legal assistance to prisoners held by the Kremlin, informs about all mistreatment, torture and illegal sentences in Ukraine and in the OSCE region.

"Mass enlistment of ordinary people to human rights work leads to important strategic changes", Oleksandra Matviychuk, a human rights defender, head of the board of Center for Civil Liberties and coordinator of the public initiative EuroMaidan SOS, says.

One of the important achievements of the organization, which Oleksandra represents, is the launch of the #SaveOlegSentsov global campaign last year. There was a range of simultaneous actions in different cities of about 40 countries. For the first time they brought together the issue of the release of political prisoners in Russian Federation and prisoners on the occupied territories of Donbas.

"For the first time ever we made the names of all the political prisoners listed in the resolution of the European Parliament, for the first time we were able to reach each of the national members their delegations to the PACE, etc", Oleksandra Matviychuk says.

In spring 2014, after the start of Russian aggression on the Donbas, many volunteers from Maidan joined the Ukrainian army to oppose the enemy.

In addition, they created the volunteer movement of assistance to provide resources for Ukrainian Armed Forces and the National Guard. It arose spontaneously in various regions of Ukraine. The movement also has a powerful wing throughout the territory of Ukraine, which helps internally displaced persons (IDPs) from Crimea and Donbas.

After that, the Ukrainian army has strengthened its positions greatly. For example, Global Firepower, a U.S.-based website focusing on defense, has placed Ukraine on the 29th place in its 2018 global ranking of military power.

Despite this, Ukrainian volunteer organizations continue to help the army. They produce various things for Ukrainian soldiers: masking nets and gowns, warm gloves, socks, various goodies for kitchen etc. In addition, the volunteers took on a particularly difficult task to rescue killed soldiers and citizens.

In 2014, there was a popular joke: "If Ukrainians say that a nuclear warhead is needed for victory, then it will not only be collected in two hours, but also brought by volunteers, with tea in addition."

The war in a modern world is "more than just fighting, trenches, shells, and bullets", Vitaliy Deinega, an IT-specialist and the founder of the "Come Back Alive" fund, says. He adds that now it includes informational, hybrid, legal and diplomatic elements.

"And volunteers now deal with many issues: from supplying the army with weapons and gadgets to helping our diplomatic institutions prepare documents for the Hague Tribunal for Russian leaders", Deinega explains.

Besides the EuroMaidan SOS and UCMC, mentioned above here is the list of the most active and efficient of organizations, begun by volunteers:

Come Back Alive is a charity foundation, founded by volunteers in 2014, which helps to purchase military equipment, to implement software solutions for scouts, train sappers, snipers and gunners. The fund has already purchased almost a thousand thermal imagers and thereby met the minimum need for thermal imaging options on the entire front line. It equipped three Ukrainian ships with radars. On the front, it deployed an artillery fire control and intelligence sharing system, which consists of the fund's satellite communication facilities, computers, and affiliate software. The fund has also trained more than 2,000 artillerymen, over 700 deminers, and around 350 snipers last year.

Vostok SOS is a public initiative, founded on May 5, 2014 as a volunteer one to help IDPs and people in Donbas and Crimea. This foundation has already helped hundreds of thousands of people in more than a hundred cities in Donbas. Hundreds of human rights events and sustainable development initiatives have been held. Now, about 35 activists of Vostok SOS help IDPs to solve different problems. For example, they represent their interests in courts, helping to get pensions or registrations of deaths and births of people who live in the occupied territories.

"Vostok SOS has an international certification that allows volunteers from other countriesto be invited. Today, Vostok SOS's volunteers from France, the Netherlands, and Romania work in the East of Ukraine", Yulia Kishenko, the coordinator of the educational programs of Vostok SOS, says.

Donbas SOS coordinates assistance for IDPs and citizens in the area of the Joint Forces Operation. It was founded on March 14, 2014 by activists from Donbas.

Crimea SOS helps the IDPs from Crimea and Eastern Ukraine. It is an implementing partner of the UN Refugee Agency.

Everybody can help is a center for IDPs from Crimea and Eastern Ukraine, based in Kyiv on Frolivska Sr. 9/11. Founded by volunteers in 2014, when IDPs were totally lost and needed everything - clothes, food, toilet paper, this center was crucially important. Its main goal now is to help with medical treatment, especially for seriously ill people.

Tabletochki, founded by volunteers in 2011, is a charity foundation that provides targeted, psychological, and palliative assistance for children with cancer with the necessary medications in 17 oncological departments of Ukraine. 3,000 children have received help from the fund totalling over 158 million UAH (about USD 6 million). Volunteers play a huge role in raising funds. For example, in just 3 years of fundraising on marathons, they raised 1.75 mln UAH for the fund.

Open Palms is another charity fund, which helps children and adults diagnosedwith cystic fibrosis, as well as with terminal incurable diseases at the terminal stage, with the priority being patients with respiratory and/or oxygen deficiency.

DonorUA is a blood donors recruiting and management project that promotes free blood donation in Ukraine. DonorUA is not an official public service. It was created by the NGO "Association of Young Donors of Ukraine" in cooperation with Ukrainian IT Company DevRain.

GoGlobal is a Ukraine-wide project aimed at the study of foreign languages and volunteering in Ukraine, promoting intercultural dialogue and public diplomacy. Their largest project is providing native English language campuses through the involvement of Ukrainian and foreign volunteers.

Volunteers also help to preserve Ukrainian nature. They revitalize small rivers in Kyiv (Pochaina, Lybid Rivers), Vinnytsia (Vynnychka River) and other cities; fight to protect the Carpathian Mountains from illegal logging and deforestation; stock fish in Dnipro and Dniester Rivers to save their populations; organize protests against the production of natural fur; collect plastic, paper and glass for further recycling, etc.

The volunteer movement in Ukraine is so widespread and important that in November 2014 the public organization EuroMaidan SOS launched the EuroMaidan SOS volunteer prize. Every year, the founders of this prize find volunteers from all over the country to give them an opportunity to tell thousands of people about their project, to draw attention to important issues, and to inspire millions of Ukrainians to engage in volunteering.

Volunteering in Ukraine is increasingly seen as a means of developing, socializing, influencing and gaining new knowledge, acquaintances and skills. It is a way of making Ukraine a legal, high tech and strong country , which protects human rights and appreciates personality. It aim is to make it a truly European country.

Regular updates about the situation with COVID-19 in Ukraine: number of cases and deaths, quarantine and lockdown measures, key trends, vaccination etc