May 21, 2020
Internews Ukraine and UkraineWorld.org are continuing to publish a regular roundup of anti-Western messages in Ukraine aimed at undermining trust in democracy and in Ukraine’s integration with the EU and NATO. We publish regular weekly and monthly reports, and also provide alerts covering specific narratives when they appear. 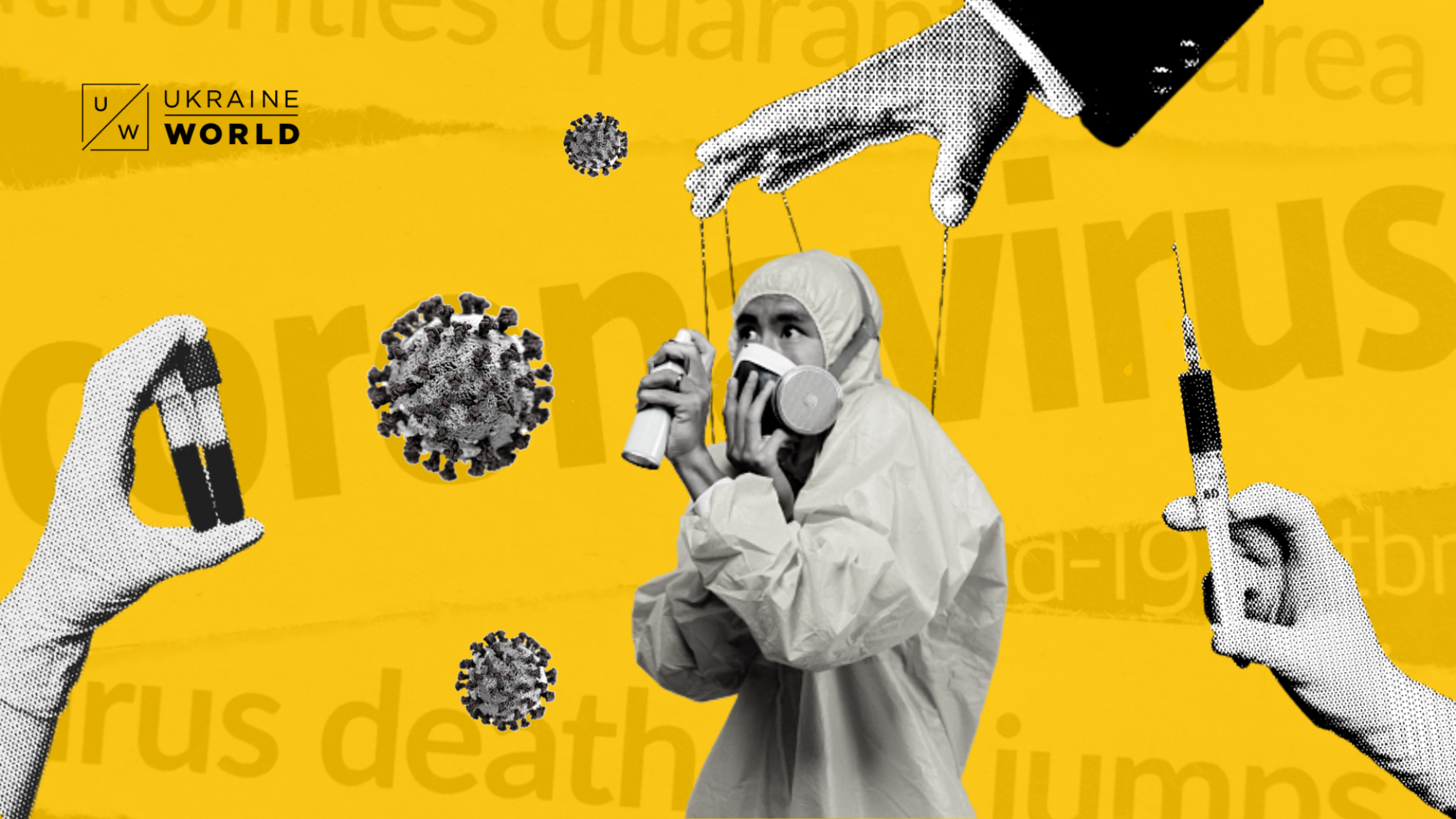 Over the period of 1 April to 15 May, the following anti-Western narratives were the most prolific in Ukraine's information sphere:

Over the course of the reporting period, there has been an evolving narrative about the West being somehow involved in the emergence of the coronavirus pandemic. This narrative can be divided into four mutually-reinforcing sub-narratives.

The first sub-narrative directly blames the U.S. for creating SARS-CoV-2. This one has been more visible on "junk websites," media outlets controlled by Russia, and on social networks. All of these messages are simplistic fantasies aimed at those who believe in conspiracy theories. Notable examples include:

The second sub-narrative concerns "U.S. military biological laboratories in Ukraine." It was launched by Viktor Medvedchuk, one of the leaders of the pro-Russian Opposition Platform - For Life party. This narrative has been further spread via outlets controlled by Medvechuk and Russian media. This message is rather sophisticated and built upon a Serbian fake from 2017. Examples include:

The third sub-narrative directly targets the World Health Organisation and Bill Gates. It has gained traction on social networks and "junk websites," and has been mixed with several other relevant conspiracy theories. Notable instances include:

The fourth sub-narrative is  doublethink at its best. It targets Western countries for their inability to deal with COVID-19 pandemic.  It is being spread by Medvedchuk-controlled media, Russian media, "junk websites," and social networks alike. Some examples include:

This narrative mainly revolves around two legislative initiatives, namely the long-pushed-for agricultural land market law and the law prohibiting the restoration of nationalized banks to their previous owners. These were the IMF's requirements prior to provision of a loan which would allow Ukraine to avoid sovereign bankruptcy - a fact which is being used against the IMF. Numerous actors have portrayed this development as another step in the process of the West turning Ukraine into a "banana republic.".

This narrative is being promoted not only by pro-Russian forces and their media, but also by internal Ukrainian forces linked to oligarch Ihor Kolomoyskyi

There are several targets of this narrative, chief among them George Soros. For anti-Western actors, Soros is the devil - the shadowy figure who has numerous servants (called "sorosiata") who aim only to please their master. Meanwhile, according to the narrative, Soros controls most spheres of Ukraine's economy, government and public life. Some examples of this messaging include:

Another target is the IMF. This organisation is being posed as an instrument of "external governance." According to the messages, IMF are the "bad guys" who are forcing the Ukrainian government to conduct reforms which are destroying the Ukrainian economy. IMF loans are aimed at "buying out" all of Ukraine's natural resources on the cheap, anti-Western actors say. Here are some notable messages:

The EU is being targeted separately as a foreign power that "uses Ukrainians for low-paid labor" and "made Ukraine sign the unfavourable Association Agreement." Notable messages include:

"Coronavirus is being used against Russia and Russian church"

This narrative is smaller if compared to the previous two described above. Nevertheless, it is very important because it shows how the "Russian world" uses religion and the Russian Orthodox Church for its own gain. This narrative consists of two subnarratives.

The first sub-narrative is being used by Russian-controlled media and "junk websites" --- it says that coronavirus is "God's punishment" for those who are not true Christians. Here are the notable messages:

Simultaneously, the second subnarrative is being used to strengthen the positions of Russian church in Ukraine.  It says that the Russian church is "the only true church." Here are the notable messages:

Russia shelled the center of Kherson on Dec 24th, on Chrismas eve, killing at least 10 and wounding over 50 people.
Books
September 7, 2022

Words and Wars: Ukraine Facing Russian Propaganda is an overview of the Ukrainian experience of dealing with Russian propaganda, information warfare.