June 14, 2021
A lack of individual or collective agency is a key factor making people vulnerable to conspiratorial anti-Western propaganda in Ukraine, according to our study. 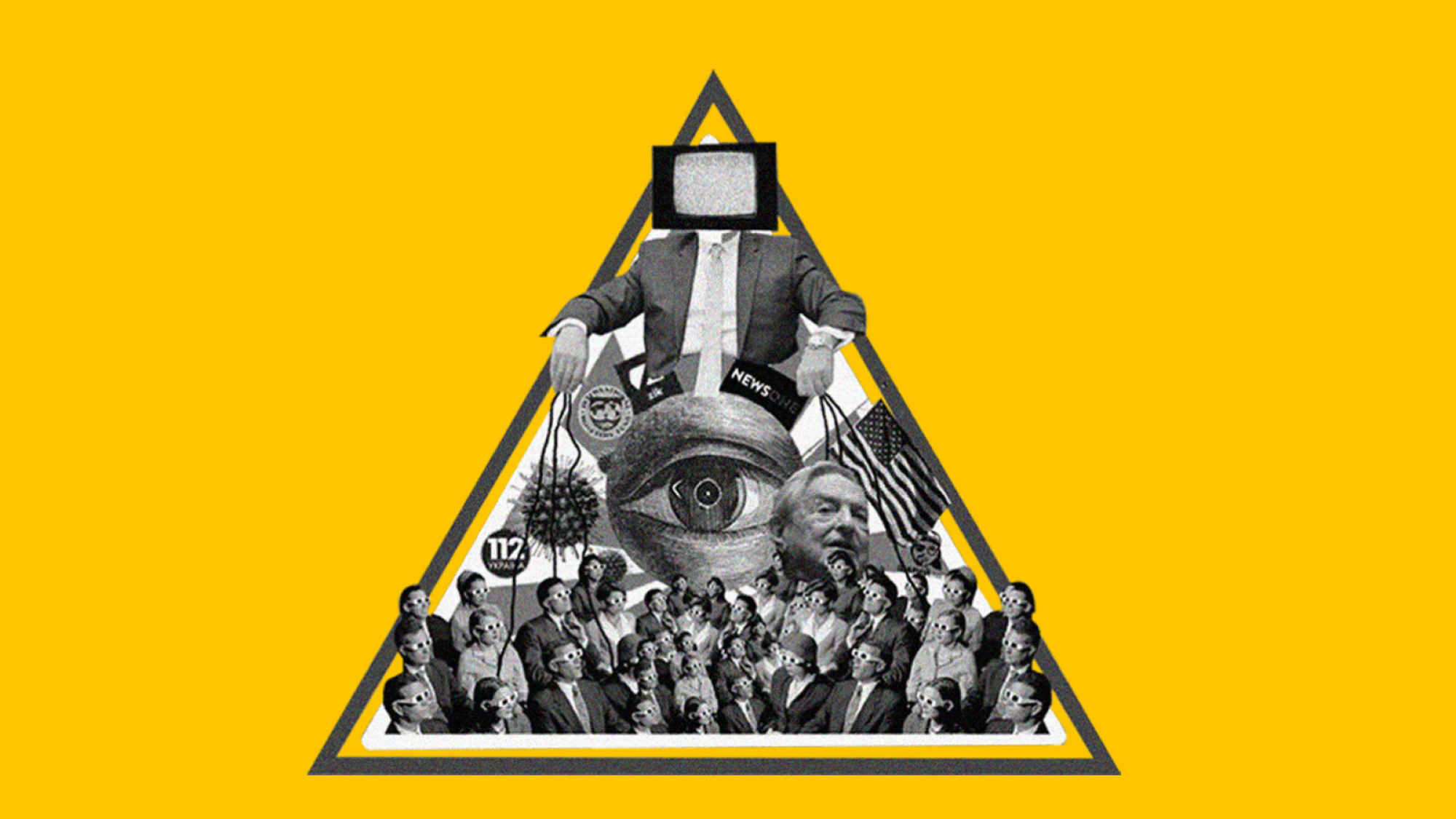 A joint research project by the Arena think tank, Internews Ukraine, the Public Interest Journalism Lab and the Kharkiv Institute for Social Research explored audience vulnerability and resistance to conspiratorial narratives through a combination of media monitoring, polling and focus groups.

Read our research here and follow our online discussion here

In this article, we expound on some of our findings, in particular how a feeling of lacking personal or collective agency (i.e. disbelief in one’s ability to change reality, to influence the surrounding world, to be responsible for one’s own affairs etc) makes people vulnerable to conspiratorial anti-Western propaganda.

After the 2013-2014 Revolution of Dignity and the start of Russian military aggression against Ukraine, trust in Russia and especially its leadership has collapsed in Ukraine.

However, a number of powerful actors (which we regularly study here: https://ukraineworld.org/articles/infowatch) have developed and deployed an information campaign aimed at portraying the collective West as the biggest threat to Ukraine’s sovereignty.

All these actors are either carrying out a pro-Russian information policy or masking it under anti-Western propaganda. The latter aims not at showing that Russia is good but at showing that the “collective West” is bad, and that Ukraine’s political and economic project, oriented toward the West, is bad too.

The major narrative of anti-Western propaganda is that Ukraine is under external governance by Western powers (the US, EU, IMF, George Soros, etc.) which have selfish interests and want to put the country under the yoke of international financial capital.

The danger of this conspiratorial propaganda is that it can significantly weaken support for democratic and good governance reforms in Ukraine.

Why Ukrainians are vulnerable to conspiratorial anti-Western propaganda

Ukraine’s difficult history and current economic and security hardships partially explain why most Ukrainians tend to define their lives in terms of survival rather than in terms of self-expression and self-realization.

A lack of security and weak feeling of individual or collective agency foster mistrust towards individual / communal / national endeavors, as well as transfer responsibility onto external actors (other individuals, authorities, external powers etc).

Throughout the segments of our focus groups, we observed that a weak feeling of one’s own agency leads to trusting propaganda narratives promoting the idea of external governance.

At the same time, we see that individual agency is growing across various segments of the Ukrainian society: people are increasingly likely to say that they can control their own lives. As one of the respondents put it, “my life depends 100% on me”. However, this has not translated into a feeling of a collective/national agency.

Additionally, while many Ukrainian citizens have started feeling that they are masters of their own lives, many of them do not feel that their country is a fully capable agent.

The juxtaposition between the values of survival (more collectivistic) and values of self-expression (more individualistic) in the World Values Survey (a reference study for global analysis of values) has an interesting modification in Ukraine. One respondent used the word “self-survival” (самовыживание): a mixture of individualism and survival values. “It is impossible to rely upon authorities, and everybody here knows that only self-survival (самовыживание) can bring any good results”, the respondent explained.

This attitude is the result of a crisis of Ukraine’s social contract and of its people’s social exchange: people feel that they give too much (to the state, to others) and receive too little.

This situation creates the feeling of perpetual imbalance and injustice, which is also projected onto people’s perceptions of Ukraine’s relations with other countries. Analogously to their individual lives, many of our respondents perceived Ukraine as giving too much to the world and receiving too little from it. 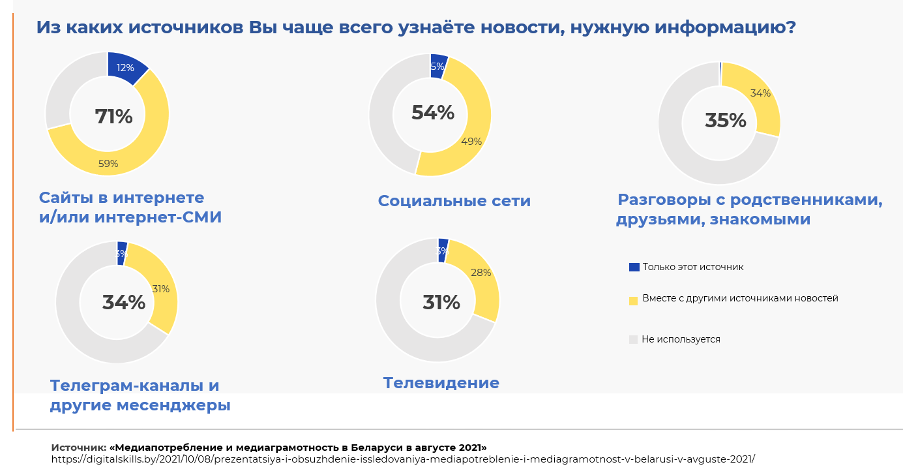 “Our history taught us that free cheese can be found only in mousetrap. If they give us something, we will need to give something back,” explained one respondent from a small town in Central Ukraine.

This frames attitudes to foreign assistance.

The majority of Ukrainians see the world as a zero-sum game (whereby any favor or advantage received must eventually be paid back by a concession).

Therefore, they tend to believe that there is always a pragmatic or cynical motivation behind the West’s desire to help Ukraine. One of the key words we hear among the respondents is the word «выгодно» (profitable, beneficial). The West helps Ukraine only because it is “profitable” to it, many our focus groups respondents believe.

When asked why the IMF is helping Ukraine, some people from our focus groups said that they would “earn interest” from this help: “It’s like putting money into a bank deposit”, one respondent said. There is also a confidence that IMF debts are huge and will be a burden for “future generations”: “our grandchildren, great-grandchildren, will have to pay it back,” one person said.

Despite this sceptical attitude towards the West, many of our respondents across various segments still remain pro-European. European countries remain a model and a reference for many. Europe and the West can be selfish and pragmatic – but they continue to be models of places where people would like to live.

Scepticism towards foreign aid is also a consequence of unfulfilled expectations. Some respondents said their attitude to foreign aid has changed because “they were expecting that the assistance would go on Ukrainian development, but in fact it was the opposite, and we found ourselves even more in debt”.

As one respondent explained, the reforms “are not making our lives better. I haven't seen any improvements since 1990”, one person said. This is a common theme in the attitudes we saw across our focus groups.

At the same time, respondents expressed a wish to “radically change everything”. This huge tension between “I don’t see anything good from changes” and “there is a need for radical changes”, is an important – and contradictory - mindset which many Ukrainians hold.

When asked about the most important reforms, many people point to healthcare reform and education. They also frequently point to the decentralization reform (which has devolved considerable budgetary authority down to local elected government bodies), but some of them call this reform “incomplete,” arguing that that some hromadas (the amalgamated territorial units which have been entrusted with devolved authority) suffer from a lack of financing and economic opportunities.

It is important that people make their judgement about reforms – especially about healthcare reform - primarily based upon their own experiences. One respondent says that “a laboratory was closed in our town”, which has meant that people now have to travel to the oblast centre to have medical tests done, which takes time and money.

There is a lot of distrust provoked by the level of salaries and bonuses at state-owned enterprises – like Ukrposhta and Naftogaz. “They got billions, and this is unacceptable”, one respondent said. A campaign drawing attention to these salaries – part of the campaign against so-called “sorosiata” (the ‘children’ or ‘underlings’ of George Soros) - is part of the anti-Western campaign. Seeing officials at state enterprises earning handsomely while being stuck themselves with paltry pay provokes frustration and anger among Ukrainian citizens.

Who is the threat?

We also asked people who they consider to be the biggest threat to Ukraine.

For many people, the key problem was Russia. The collective memory of repressions in Tsarist Russia or USSR are still alive; the current Russian military aggression also prevents people from seeing Russia as a friend or partner. “If we lose our independence, we will be sent to Siberia, to the East, and this would be horrible”, one person explained.

Despite scepticism towards the West, Europe was still seen as a key partner in all of our key segments, except for people living in the small towns in eastern and southern Ukraine. The United States is viewed much more cautiously and as a distant force.

Respondents also feared that Russia plans to split Ukraine into different regions by “federalizing” it. Another concern is a loss of national identity, which is connected with migrants.

Ukraine’s European and Euro-Atlantic integration is the target of a vast disinformation and malinformation campaign led by pro-Russian, anti-western Ukrainian oligarchs and politicians.

The messages of this anti-Western campaign are echoed by members of Ukrainian society, mostly in segments which have weak feelings of individual, collective and national agency.

The extent to which anti-Western narratives are internalised varies across segments of Ukrainian society. But its major narrative – i.e. that Ukraine is under “external governance” – was strongly echoed across our focus groups.

The effectiveness of this propaganda is the result of the scale of the campaign and the number of clear disinformation messages; but the key precondition for its success is the values and mindsets shared by Ukrainian citizens: the weak feeling of national agency, focus on survival values, individual mistrust towards others (expressed in the idea of “self-survival”) and the projection of responsibility onto outside actors.

The effectiveness of anti-Western propaganda has not yet translated into rejection of Ukraine’s EU integration: on the contrary, Europe is seen by many as a model and lodestar, and as a much lesser threat than Russia. However, judging from present trends, it is quite probable that this Europe-scepticism will grow in Ukrainian society putting Ukraine’s pro-European reorientation into serious question.

The Coronavirus lockdown pushed  Ukraine's e-commerce sphere to the next level. Read about the latest developments in our new article.
PODCAST
September 10, 2019